After agreeing a deal to join Latics on a season-long loan, Bobby Grant gave his immediate thoughts on his arrival to Boundary Park.

The attack-minded midfielder claims that after meeting and discussing plans with the Head Coach it became very clear that this was the club that he wanted to play his football at for the 2020/21 campaign.

"It feels great to be here. I came down and met the gaffer on Thursday and had an hour with him and the excitement I got from the way he wants to play and the style of play as well as his enthusiasm, it was a no brainer for me.

"I had a couple of other clubs in for me but when you come and meet someone like Harry Kewell who's played at the top level and is so down to earth when explaining about how he wants to play, like I said, it was a no brainer and I can't wait to get going after such a long break because of what is going on in the world.

"I'm proper excited to go and meet the lads and get stuck into it. The season comes around very quickly, I think it's just over three weeks until our first proper game, so I'll make sure that I'm ready." He commented.

"When I met Harry for the first time on Thursday I came away from the ground and I said, 'that's where I want to go and play next year' and the excitement is back in my game.

"I'm 30 now and I've got loads more left in the tank so I'm looking forward to getting back on that pitch and hopefully the Oldham fans will be back in the ground as soon as possible but I look forward to, first and foremost, helping the team win football matches and showing people what I can do.

Throughout his career, he’s had a keen eye for finding the back of the net and created a trademark goal of cutting in from the right-wing and curling his effort past the goalkeeper from range. Giving an insight into what the Latics fans can expect from him, he remains confident in his own ability.

"It's about backing yourself; I believe that I've got the right technique to score from range and since I was a kid, I've never been shy to pull the trigger.

"Sometimes you think 'what am shooting from there for', but if you don't shoot you won't score and that's one thing I'll always do, I'll always back myself to score whether it's from that range or close range.

"I'm also here to help the forwards score and create chances and put a shift in for the team. I've always thought that when you do work hard and you do graft away for the team, the goals will follow because they always do. It's when you're not prepared to work hard is when the goals don't flow, so I think you're rewarded for hard work."

Grant also believes that surrounding yourself with positive people will help bring success.

"It's a new challenge, and something I'm really looking forward to. The fresh ideas that we will all bring to the club, and the players already here know what Oldham's all about. It's about us all pulling in the right direction starting from the top which I know for a fact that the owner is, then to the Head Coach and he'll filter it to the players, the fans and the people around the club." He added.

"We all need to pull in the same direction if we want to be successful. That's one thing throughout my career that I found that when you don't have a good season it's because people are distant from each other, but when I've been successful it's because everybody is together.

"They'll be some knocks along the way, there always is, it's part and parcel of football but the mentality that the gaffer will give the club means we can hopefully start the season well and get the momentum going."

After a long-break in football due to pandemic, the attacking winger talks about how he’s coped with the restrictions and his excitement for the return to the pitch.

"There are only so many runs you can do, and I think every player out there will tell you that it becomes boring.

"We want to get back on that pitch and get the aches and pains of contact football and the twisting and turning, passing the ball whilst competing against each other because that's what we want to do.

"It's great to be back but we still have to put the work in, but as long as we're doing it with a football it's great and I've got that buzzing feeling back and I'm really excited to get going."

Grant is a versatile player, who can play on either wing, behind the striker as well as upfront, but declares that he will play anywhere in order to help the team.

"I'll play wherever I'm told to play, but my favourite position is coming in off the right-wing to get my shots off, put crosses in or create something for my teammates but it's not about me, it's about the team.

"If the Head Coach needs me to do a job anywhere for the group then I'm more than capable and more than happy to do that.

"I think if you ask any of the lads, what they think, they'll put the team first and that's another thing that's massive for me because the Head Coach said it's not about the individuals, of course, you'll have individual talent that will win you football matches but it's about a collective unit so I'm really excited to be a part of it." 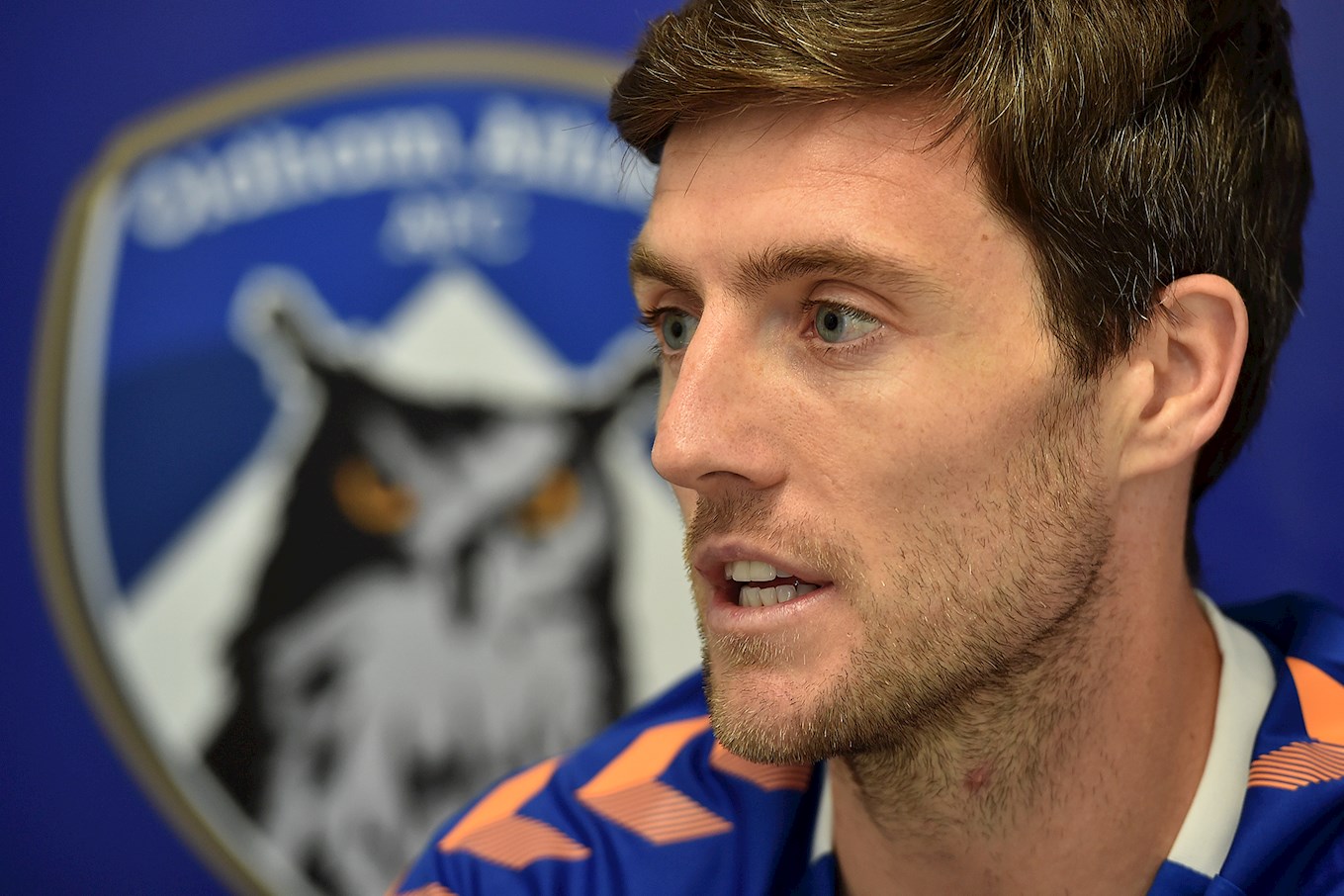 The experienced professional has come across a lot of his new teammates throughout his career and believes that there is plenty of quality in the squad so far.

"I've come across quite a few of them, you've got big Wheatz [Wheater], you've got Piergianni and you've got Danny Rowe, who scored goals in the National League all his career and I think if you can feed him he will put the ball in the back of the net.

"We've got a lot of experience, but we've also got a lot of youth and I want to bring what I can add to that side whatever part that is. I look forward to getting down there and meeting them and getting my first session underway.

"The first pre-season game comes thick and fast starting on Saturday, so I'll have to prepare properly and watch the shape this week and then figure out how I'm going to get into the starting XI."

Finally, Grant already knows how good the following is from Latics fans and wants to bring success to the club for them.

"I'll definitely score goals, I'm not one to shy away from that and I like the pressure and I've got a lot of confidence in my own ability, the Head Coach, the Chairman and the players around me to give me that environment to help myself score goals and help the club win football matches.

"So, as long as the fans back us 100%, which I know they will because whenever I've played against Oldham it's always been a difficult ground to come and play at.

"Even at my time at Fleetwood, every time they came the fans always travelled well and they were a tough team to beat. When Kean Bryan scored a whopper in front of a packed out away end, it stuck with me.

"So, I just want them to get behind the lads because we'll give everything, I know I'll definitely give everything to do my best for the club and hopefully we can all be successful together and pull in the right direction.

"Come the end of the season in the anniversary year, we're hopefully achieving something special."