Davis Keillor-Dunn penned a one-year deal with the club this week and the winger is excited about the prospect of playing for Latics.

"It's an exciting challenge. I'm buzzing to be here and to get the deal over the line. It's been a while due to the circumstances, but as soon as my agent rang us it was just a no-brainer, so I'm just buzzing to be here."

The 22-year-old gave an insight into his career so far and has gained some vital experience in the game which he hopes will help push him forward at Oldham.

"I'm from Sunderland so I'm based in the North-East and I've done a bit with Middlesbrough as a kid and Sunderland. I went onto do a bit for Chesterfield and then I went up to Scotland and that's where I broke through after a year in the reserves, I went onto to break into the first-team which was brilliant.

"It was a great experience obviously in the top league with some big clubs and massive fan bases. It was all character building for myself and helped bring myself where I am now, so I feel like I'm ready and happy for the challenge." He commented.

"I went on loan to Falkirk and they're a great club, the fans took a real shine to myself, so it was good, and I had a really good time, so I enjoyed it because it's a big club and has a lot of fans.

"But, it wasn't to be and I moved onto Wrexham, who are also a big club with a good fan base with some lovely people, and ultimately it's brought me here so I'm really excited and I can't wait to get going and get the boots on and get on the training pitch.

"Obviously, I'm still young which is good as there's a lot of potential there, so I just need to go and do it on a Saturday which is understandable. Football is all about entertainment, so you've got to get the fans off their seats and that's what the pay their money to see.

"I'm a big believer that it's an entertainment business and that's why they're there so you've got to repay the fans."

A host of clubs were interested in signing Keillor-Dunn but he claims his heart was set on a move to Boundary Park after speaking to Harry Kewell.

"Harry's told me his ideas and in my eyes it's a perfect fit. Obviously, he was a similar player and position to myself and just how enthusiastic and how he's ready for the challenge, I really wanted to come here.

"I'm just so excited to get going. Listening to him, taking on board what he has to say and proceeding and progressing with a club means we can hopefully have some success along the way as well.

"I had a couple of offers in the league but I just thought even if it's a bit of a better deal, my minds here with Oldham and the Head Coach and the way it got put across to me was just perfect, so I can't complain. There's no way I was going to sit back and let this opportunity come and pass me by." He added. 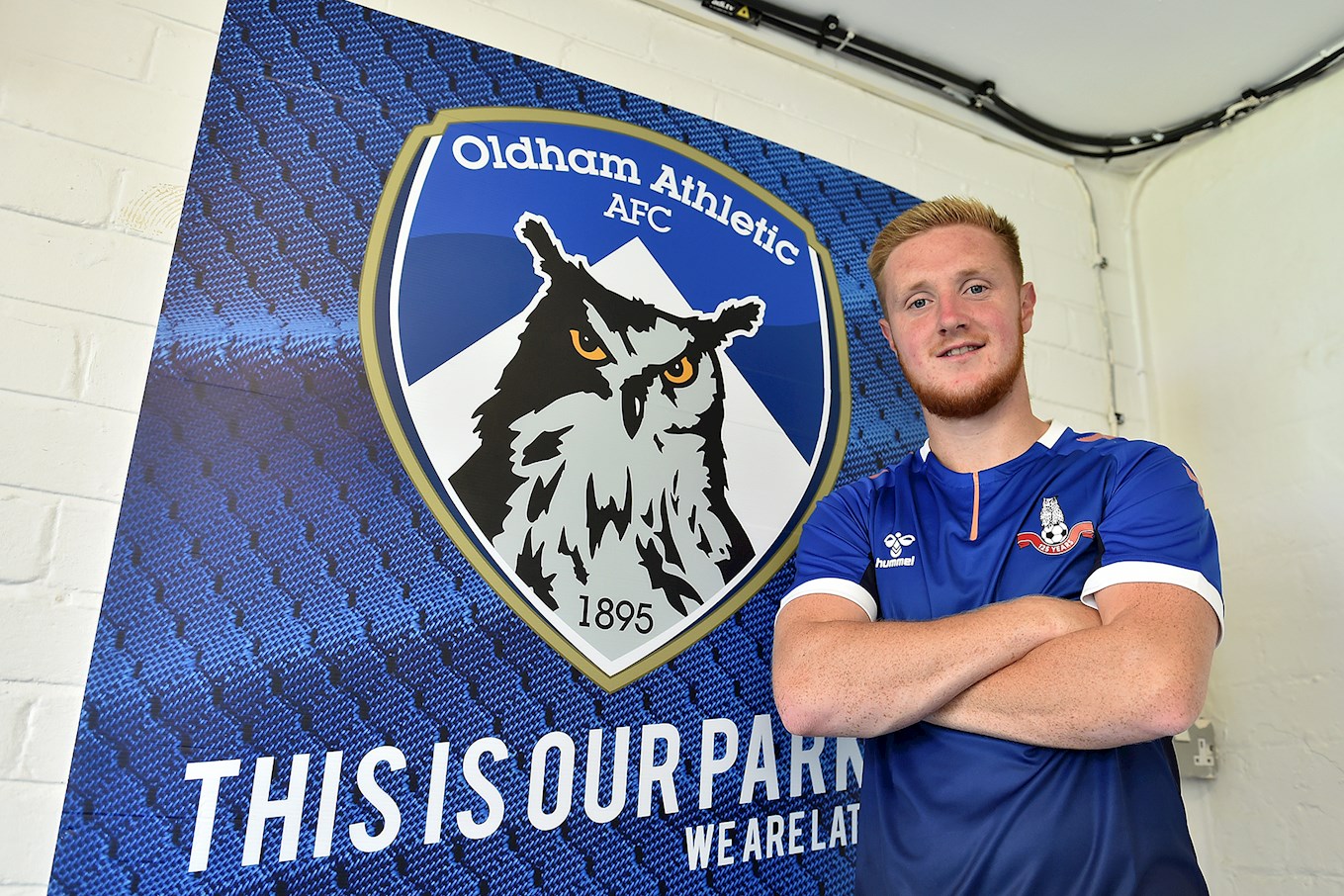 The midfielder worked hard to keep fit during lockdown and states that he’s a firm believer that the work pays off.

"The lockdown has been tough for everybody, but you get out what you put in. If you work hard in the lockdown it'll show on the training pitch.

"I put up a little bit of momentum at Wrexham, it got cut short which I was a bit annoyed about but there's only one way to put that right and go and show that you can do it in a higher league, which I'm confident I can and I know I'm capable of doing that."

Finally, Keillor-Dunn admits he cannot wait to play in front of the Latics fans after hearing numerous comments about the backing the club has always had.

"Of course, it's based in the Greater Manchester area, I know the fans will be really enthusiastic about the club and are loyal, which I've heard a lot of good things about them.

"I just think that when the fans get on board, when they can get on board and can come back to the stadium, it's going to be even bigger and a better boost for us.

"The players know that once the fans get back in and get behind us it's going to give us an extra sort of kick. I'm really looking forward to it and I can't explain how happy I am to be here."