After signing for Latics for the 2020/21 campaign, the attacking player spoke of his delight at his new club and challenge.

The recently turned 28-year-old is excited about the new season and the impact he can have straight away in a new-look and dynamic midfield.

"I'm delighted and really excited to get going now.

"I've spoken to the gaffer a couple of times, he's expressed his ideas and it got my interest straight away."

He added: "After speaking to my agent, I came up a couple of days ago to meet him in person and had a good conversation with him and it just clicked straight away. I really liked his ideas and I think it'll work out well, so I'm excited to see what happens as I feel he can get the best out of me."

Coming up against Oldham a number of times, McAleny is aware of the club and the potential it still has with a run of good results and a positive season.

"It really is a big club. You just have to take one look around the stadium and it's top drawer. I've played here a good few times now and the fans are loud.

"Obviously, it's disappointing they're not going to be in for the foreseeable but when they are allowed back in I'm sure they'll be making some big noise and I'm looking forward to getting to meet them properly when the time comes."

Joining a new club is something he's used to over the years but he now comes to Boundary Park with another familiar face, in the form of Bobby Grant with both being close teammates at Fleetwood.

"Before joining I spoke to Bobby on the phone a couple of times after playing with him at Fleetwood, we were close as we used to drive in together so we've kept in touch and have a lot of things in common, especially with both of us growing up in similar areas.

"He had nothing but good words to say after his first few days, he said the training sessions have been good, with a nice variety of drills and overall the standard has been high and sharp.

"He also said the gaffer has come across really well and wants to help develop players individually as making the team play good football."

Now an experienced professional with a still lot to offer in his prime, the player from Merseyside is keen to make his time at Oldham Athletic a memorable one with a big season ahead after spells in the division above where he became a menace for the opposition.

"I originally started off at Everton and came through there since I was 11 and from there I've had a number of loans all over the country.

"Naturally some have been better than others, obviously the one at Oxford really took off and I got a good few goals there.

"Now I'm just hoping I can replicate that form here as it's been a long time without football and I'm raring to go."

He continued: "I like to make things happen on the pitch, get the fans off their seats and excite them. But the main thing for me is to work hard for the team and I will always give everything for the team first and foremost.

"I'll try to link-up play and make sure I make things happen in and around the box, as well as taking shots from distance.

"I'm just a forward-thinking player that likes to play with like-minded players and interchange positions in attacking areas. At Everton you get taught to enjoy your football, so I'll always try to play with a smile on my face and have some fun with the ball." 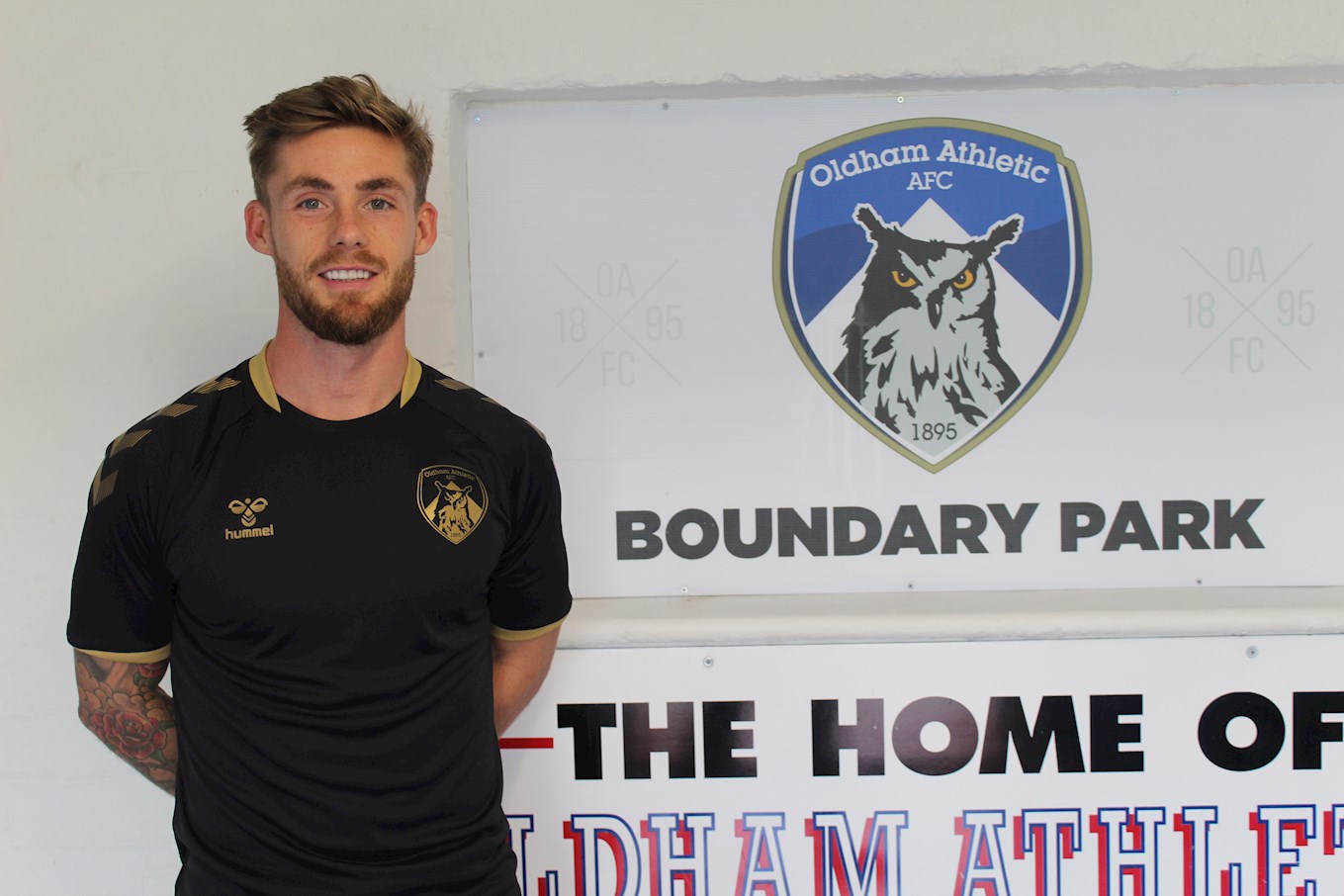 A confident and talented individual that will no doubt excite the Latics faithful in the comings weeks and months, McAleny already has his sights set on personal and team success.

"I've got my targets already set on a personal level. I'll give everyone a shout if I hit them, but I know every player has their own personal targets and we'll have one collectively as a team during pre-season, as well as after it when we sit down as a group and discuss our strengths and weaknesses.

"Ever since lockdown started back in March I've just been training from home and had time to think about everything.

"I feel fit and in a good condition already and after a few games I'll have that sharpness back in my game again.

"The main thing for me now is to get in and around the lads. It's been about five months now, so I'm really looking forward to having those experiences again in the changing room and enjoying my football with my new teammates.

"I'm really lucky to be a professional player and have a job I enjoy, so I just want to make the most of it."

As pre-season is no well underway, with a return to regular fixtures next month, the former Everton academy graduate is ready to link with his new teammates and start the season brightly.

"As a player you want to be involved in games so I'm raring to go and it'll be a chance to bond with the lads in real pressure situations on the pitch.

"It means I get to know their games as well as mine more, so it goes without saying the more minutes we can play together over the pre-season it's just going to be better for the team.

"Like I keep saying, I'm looking forward to getting the boots on now, get training and playing and showing the supporters the impact I can make.

"I know it's been tough for everyone over the last few months, but hopefully alongside the other players we can bring back a bit of joy into their lives by getting results in the Oldham shirt.