The new season, which is now only a few weeks away, is not only the beginning of Harry Kewell's reign but also the start of the 125th anniversary campaign.

Latics begin the season by welcoming Leyton Orient to Boundary Park before travelling to Stevenage the week after, following their reprieve.

Other key dates include away trips to Bolton and Salford in October. The busy Christmas and New Year schedule sees Harrogate in their debut EFL season visit on Boxing Day before a trip to Forest Green Rovers for the first fixture of 2021, with the reverse tie of the two teams being the final game of the campaign.

During the 2020/21 campaign there will be an unprecedented number of midweek rounds over the course of the shortened season. 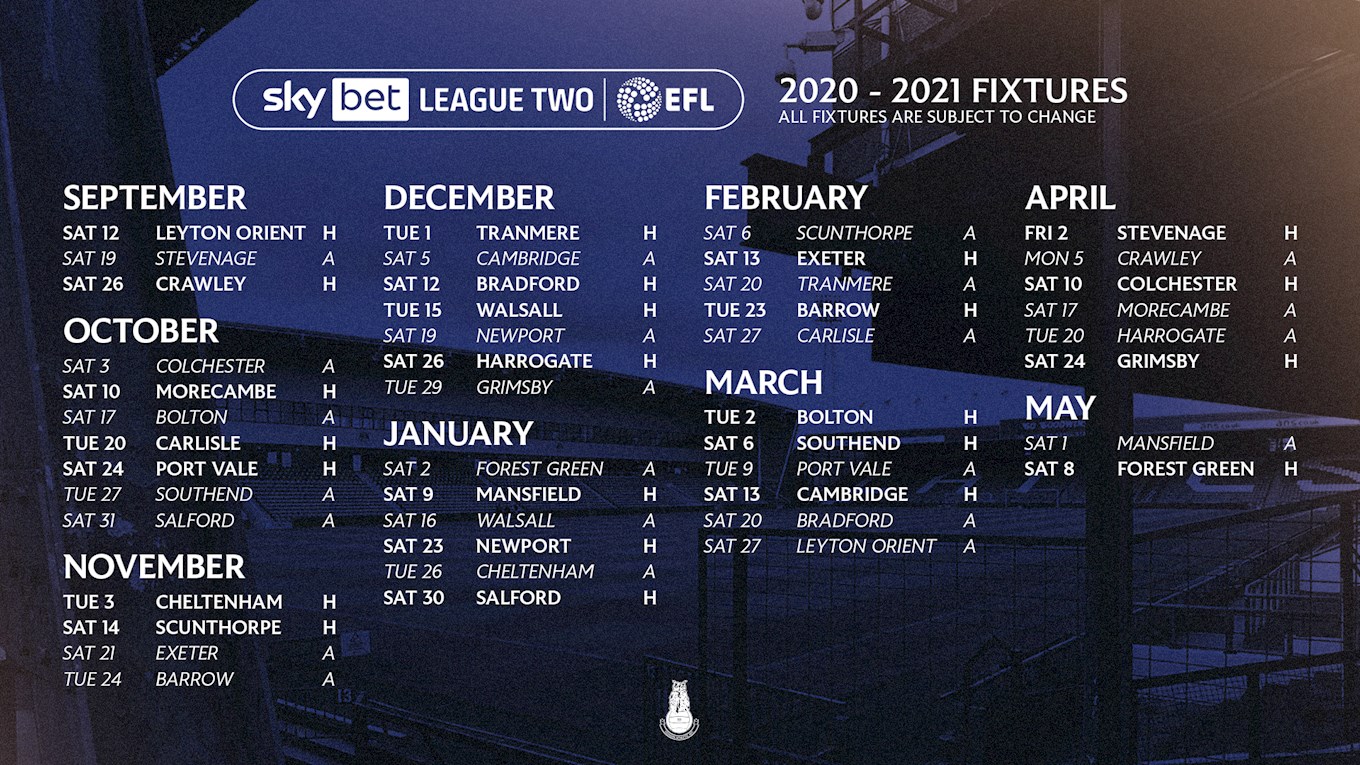 Please note all fixtures are subject to change due to the inclusion of cup round dates which are still to be organised and agreed.

Currently games are strictly behind closed doors until further notice (especially for September), with additional information communicated and shared once it is known when and how supporters are allowed back into grounds when it is safe to do so.

You can now get ready for the 2020/21 Sky Bet League Two season by downloading the full fixture list to your digital calendar (including the Carabao Cup and EFL Trophy).

All of the fixtures will sync in seconds with quick links to iFollow Latics, the Club Shop and more. Don’t worry about matches moving, because the kick-off dates and times will automatically update in your calendar when fixtures are rescheduled over the comings weeks and months.