Since joining only a few weeks ago the young prospect has impressed from the start, recording a goal in each of the three pre-season friendlies so far.

Speaking after his latest effort which was a looping header in the box, the 22-year-old is excited but eager to do it when it really matters.

"I'm really enjoying it, I'm just still buzzing to be here really and obviously the goals are an added bonus, but I've got to make sure I do it on a Saturday when the games come properly.

"So it means nothing to me at the minute but it's a good confidence booster and I'm ready to go for the season now."

He added: "Yeah I'm happy, I'm in England playing my football under a great Head Coach. Who better to guide my career than him and hopefully we can add more goals, add more assists and keep pushing on.

"He's brilliant with me, I think he wants me to play out wide and I've got to do what he says, so I'll put 100% in and work really hard."

Learning off someone like Harry Kewell was seen as one of the attractions to join Latics and the Sunderland-born player admits it's making his early days at Oldham Athletic extremely enjoyable.

"There's been lots of things really from what he wants me to do on the pitch, when we haven't got the ball, how hard he wants us to work, continuously getting at players.

"Just the sort of things a wide man should add to his game. He's position specific as well, as he's been helping the other lads with their roles.

"But him being a winger it's really beneficial for myself, so I'm just glad I've been given an opportunity like this." 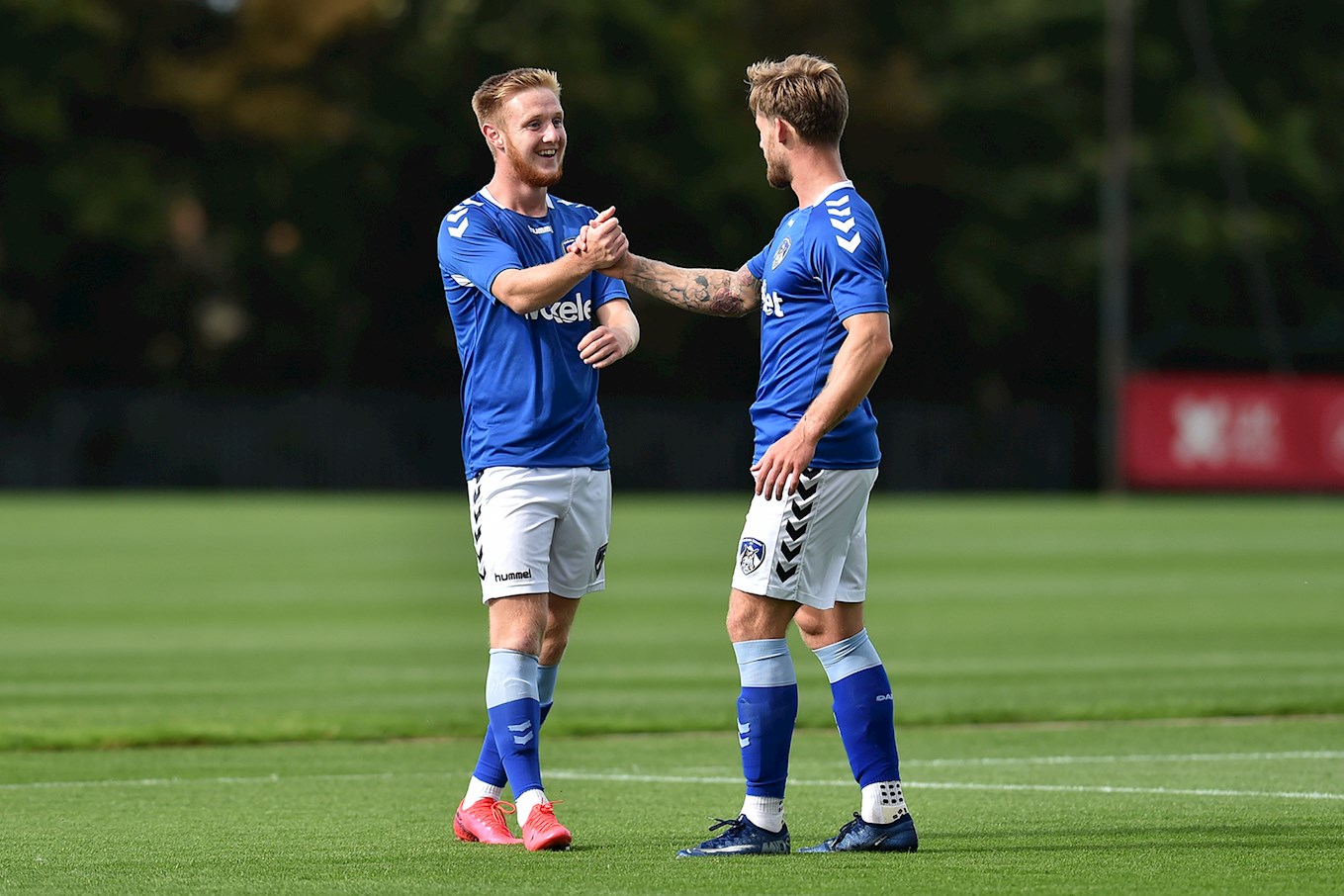 Part of an attacking force now that features four or five players at a time that can score goals, Keillor-Dunn's style of play suits that method and helps his own personal game.

"That's what I like, I like players to come in and play, little one-twos, creative play. Basically entertaining football which is what the fans want to see.

"Overall it's brilliant and there's quite a few great lads in the changing room and I'm just looking forward to it all."

A busy few weeks for the winger on and off the pitch, as the season approaches he's keen to just put his full focus on continuing to impress in a Latics shirt.

"I get the keys for my gaff on Thursday, I'm not going home as much, I'm going to give it 100% this year. Obviously, I'm still young and I've got to make sure I give myself a chance to have a big career ahead of myself.

"I've got to knuckle down and I've got to work hard and I'm ready to do that.

"I've got to transition all of this to a game. Whatever you do on a training pitch you've got to take it onto the actual pitch on a Saturday.

"I feel like if we get things right now, it'll put us in a great position for the season.

"You'll enjoy the football hopefully, the gaffer has got us playing some nice stuff out there."