Oldham Athletic is very pleased to announce the signing of commanding defender Carl Piergianni on a two-year deal.

The central defender arrived at Boundary Park in January on loan from Salford, making 11 appearances for the club. During his loan stint, ‘Pidge’ became a vital part of the defence and showed impressive leadership qualities before later agreeing a more permanent move from the Ammies this summer.

His career began at Peterborough United, before moving to Stockport County and then Corby Town. In 2013, he put pen-to-paper on a deal with Boston United and during a three-year spell with the Pilgrims was named in consecutive National League North Team of the Year for the 2014/15 and 2015/16 campaigns.

The 28-year-old enjoyed a spell in Australia as he joined South Melbourne in the National Premier League, overall, making nine league appearances for the club in 2017.

He then joined fellow Sky Bet League Two side Salford City in 2017, and in his first season with the club won the Supporters’ Player of the Year award.

During the 2018/19 campaign, Piergianni impressively scored 12 goals and was awarded the Players' Player of the Year award whilst helping secure a second promotion in as many years. 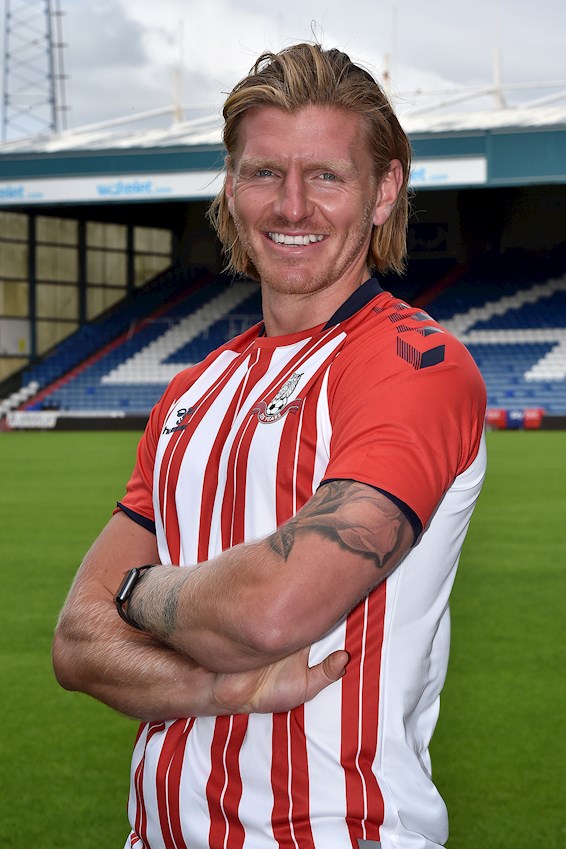 Impressing from the outset at Latics, it was clear he wanted to return: "It feels great, I'm delighted to be back. Obviously I had the experience of being here last season on loan and I thoroughly enjoyed my time, all be it, it was cut short.

"I always had the ambition of coming back to Boundary Park as I like to be fully committed to a club.

"I didn't want to go back out on loan or to a different club, I wanted to come into Oldham and become a big part of the squad and pick up where I left off, with the support of the fans who have been amazing with me since I first arrived."

Welcome back to Latics, Carl!