Latics supporters have the option to stream matches via iFollow whilst access to games is restricted.

Sky Sports and the EFL are set to ensure supporters don’t miss any of the EFL action when the season returns next month after agreeing a new flexible framework that will ensure league matches are either available for broadcast or streaming whilst access to matches is restricted.

The broadcaster will show 130 live EFL league matches throughout season 2020/21.

And whilst the doors remain shut to fans, or with limited spectators allowed through the turnstiles, an arrangement exists whereby all matches that are not live on Sky Sports will be available to stream by Clubs on iFollow, for a match pass price of £10.

In addition, Season Ticket holders will, under the newly agreed framework, be provided access to all home games, where the supporter holds a current season ticket. This is only available if supporters purchase their 2020/21 season card by October 4.

The match-by-match streaming and season ticket offer is a temporary measure that has only been put in place whilst Clubs operate at a zero or reduced capacity as a result of the COVID-19 pandemic and will be subject to regular review with the first set for early October.

All matches will be produced remotely by IMG at Stockley Park, featuring the usual single camera feed, replays, club commentary and graphics.

This level of production will apply to Carabao Cup and EFL Trophy games as well.

As a result, the streaming of matches, which would normally not happen for the majority of domestic matches, is required until suitable numbers of fans are able to attend matches.

Access to complimentary streams are by way of a season ticket holder who has purchased a seat in the stadium and is unable to attend the match for purpose of reduced attendances.

League One and Two are able to stream any match not shown live on Sky to fans who purchase individual match passes for £10. There will be no bundling or aggregation of services.

There is no price increase for UK Audio Seasonal or Monthly packages, which remain priced at £45 and £4.50 respectively.

The price of International Video products has increased to £140 (for Season Pass), £20 (for Monthly Pass) and £7 (for Match Pass).

The new framework for Season Ticket Holders allows Clubs to have the option to also stream:

Once more information and assistance is known from EFL Digital, Oldham Athletic will be in touch with full season ticket holders directly about their access/promo code for each of the complimentary home league match streams.

Please note, you must have an existing iFollow account or register for one by clicking here.

In both cases the account should be registered with the email address that you have used to apply or renew for Season Ticket purposes. Please check your login works as normal as soon as possible.

Round One Carabao Cup matches that are not selected for live broadcast by Sky Sports will also be eligible for Clubs to stream.

These will only be available on a match pass, pay-per-view basis at £10 in the UK market only and not available outside the domestic territory due to external rights issues.

No free access is to be given to season ticket holders, with the streaming revenues split 50/50 between both clubs like a normal cup fixture.

Broadcast (and any potential streaming details) for round two onwards are still being finalised and will be confirmed in due course.

Broadcast and streaming details will be confirmed for the EFL Trophy in due course.

Part of the recent upgrade was to move from individual club-branded apps to a new central 'EFL iFollow' app.

The application is now live on iOS and Android by clicking the link on either device. More information can be found here.

It is particularly important that supporters get the new app if they wish to watch match passes via a mobile device. 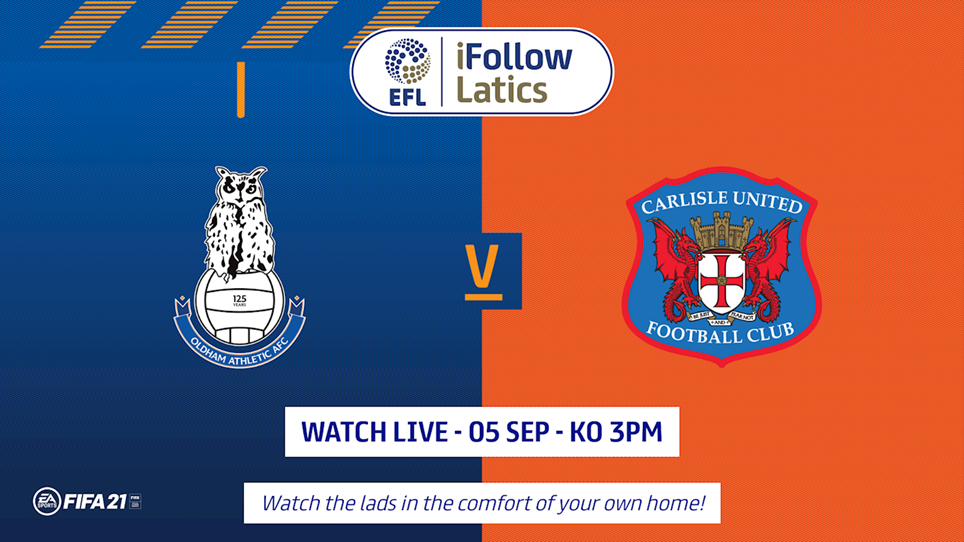 Getting Your Match Pass For Today's Game


Latics begin the new season with a game at Boundary Park in the opening round of the Carabao Cup. 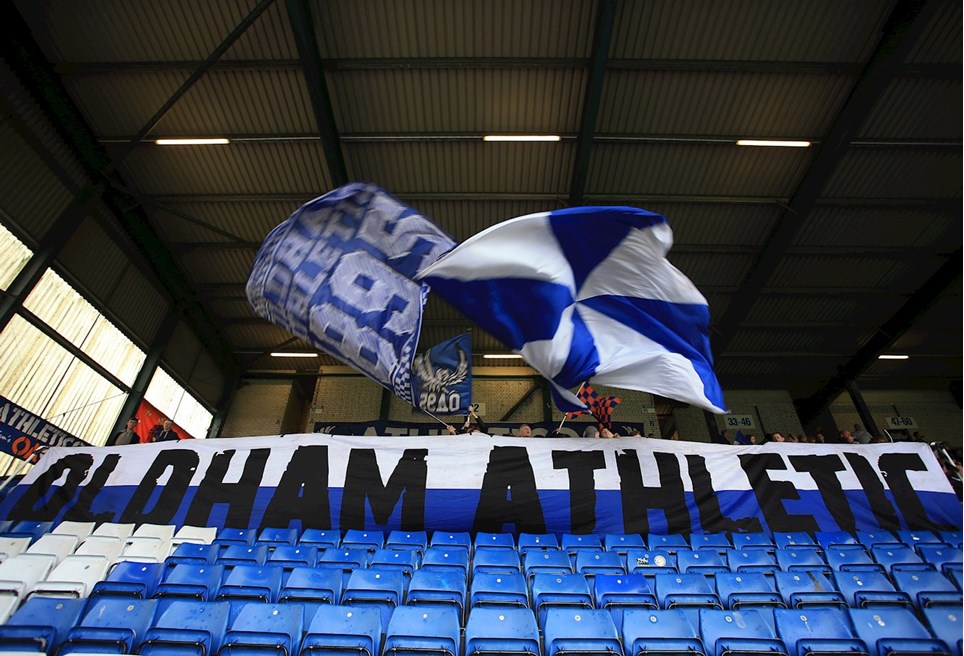 Bring Your Flags To Boundary Park!


As games remain behind-closed-doors in the short-term supporters will now be able to bring Latics flags and banners to be draped over the seats at Boundary Park.