The striker spoke of his optimism after another pre-season runout where he grabbed a goal in a winning performance.

One of the new recruits this summer under Head Coach Harry Kewell, Conor was keen to hit the ground running and he has certainly done that, giving everyone a glimpse of what he can do.

"I'm really enjoying it so far. The lads are good, the gaffer is good and everything is spot on at the minute.

"I've trained a few times on the pitch now and that is spot on as well and now I'm just looking forward to getting the proper games underway."

He added: "The style of play we are playing we will naturally create a lot of chances no matter who we play against.

"We've shown that in the games so far and it's up to me and a few others now to keep putting it in the back of the net.

"I've said it before but I'll always back myself if I get chances and I'll work even harder to get in those positions to keep doing that.

"As long as the lads keep creating them I'll try my best to get the shots away on target.

"I know it's only been a few games but it's definitely a promising start and that's what you want from pre-season.

"Staying confident and getting positive encouragement is a big plus for any player." 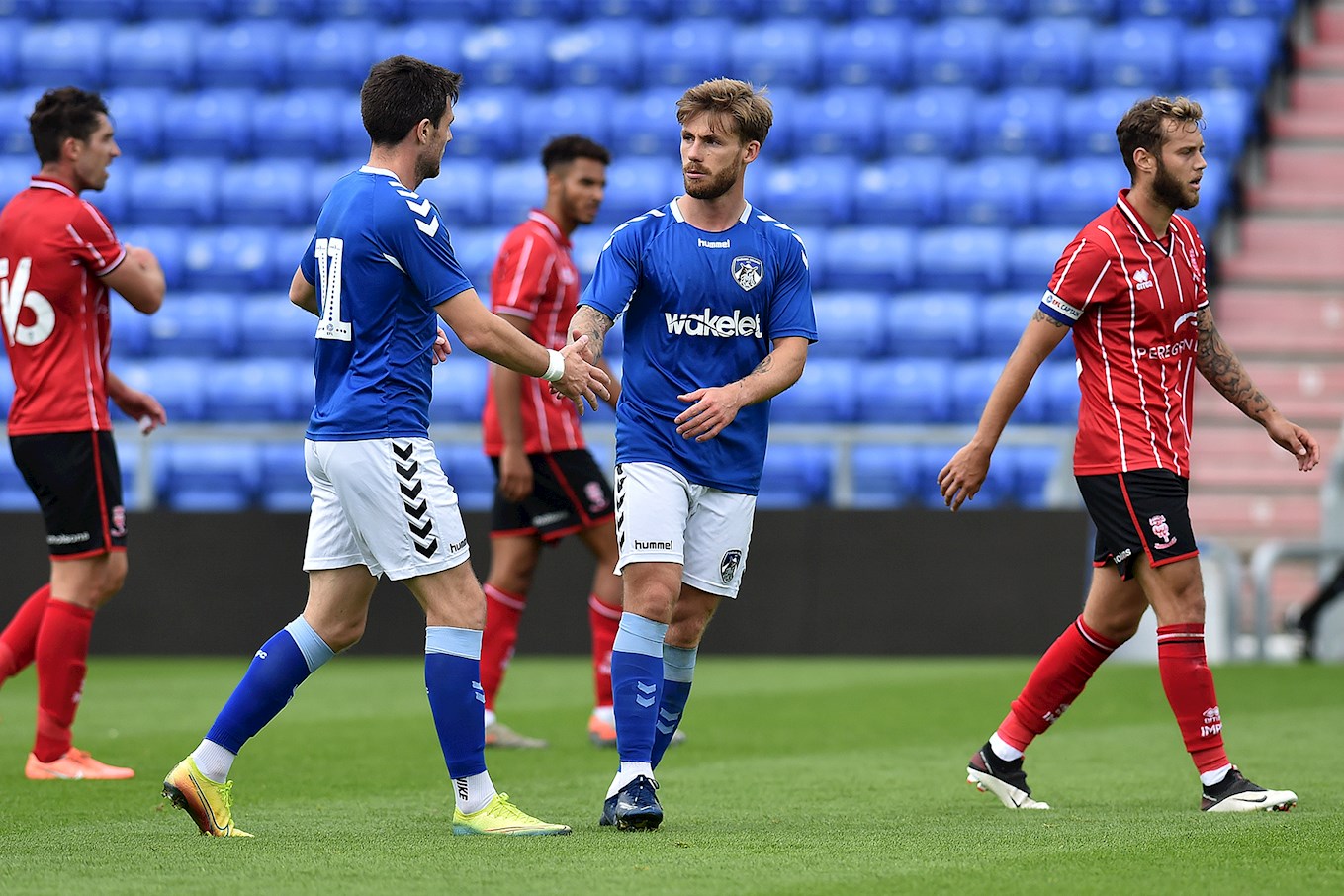 A player he knows well that has helped him settle in, in just a matter of weeks is another attacking threat in Bobby Grant.

"It's good to be back with Bobby again and it's just like the good old days being back together. It's definitely helped having him around again.

"It's made it far easier to settle in and means I can just concentrate on enjoying my football here and making sure I have a good season with Oldham which is why I came.

"The dressing room is good and it's nice to see creative players play with a smile on their face as we do want to play attacking football."

He continued: "It's a team game at the end of the day and everyone has to compliment each other to be successful.

"It also keeps competition healthy which isn't a bad thing. For someone like me I thrive off that challenge and I'm always thinking about my next chance and how I'm going to execute it."

Despite scoring in two games already and being a part of a new look strike force with plenty of options, McAleny knows the real test is next week and is completely focused on that.

"The past few games have been about getting the minutes in the legs and getting back into it after a long time off.

"But getting that sharpness back and a few goals helps too and boosts the confidence that I can make a meaningful impact.

"At the end of the day though, it doesn't really mean anything until next week when it does really count and I'll be fully focused on that now.

"I'm determined to replicate what I've just shown on a more regular basis."