The striker has been nominated as a 'Goal of the Month' contender for Sky Bet League Two during November after his long-range free-kick at Exeter.

Up against two other superb strikes, information on the goals and how to vote over the weekend can be found below.

Danny Rowe – Exeter City v OLDHAM ATHLETIC – 21st November
Rowe’s thunderous free-kick from 35 yards out might still have been rising and travelling now had the netting of the Exeter goal not intervened. Certainly no keeper could have stopped it.

Ash Hunter – SALFORD CITY v Morecambe – 24th November
When the ball was rolled back to him just outside the box, Hunter saw five Morecambe defenders in his way. His solution? Lift a curling shot over them and dip it just under the bar. 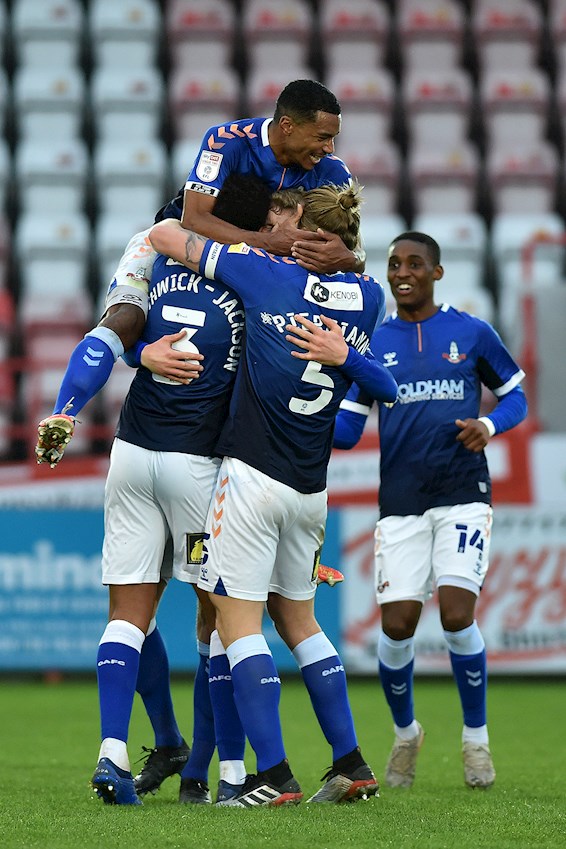 Voting is now open on the official EFL league Twitter account, by clicking here and closes on Monday 14 December at 3pm.

The winner will be announced next Friday (18th December).

The winners of the Sky Bet EFL Goals of the Month are chosen by a fan poll on the official Sky Bet Championship, League One and League Two Twitter accounts.