As part of the 125 year celebrations, with the help of long-term supporters and sponsors McQuillan Boiler Services, the club has commissioned UK based sports artist, SPARKIUS to create 125 limited edition prints.

Signed by the great man himself, Joe Royle, to commemorate one of the most successful periods in the club’s history. The image depicts club legends Andy Ritchie, Roger Palmer, Ian Marshall and of course, Joe Royle, with a packed Lookers Stand providing the backdrop, which also coincided with the 30th year anniversary of the Second Division title winning campaign.

Steve Parker, the artist, has captured the mood of the era superbly and the finished article would be a great addition to your home, pub or office alongside making it a fantastic Christmas present for your Latics loving friends or family.

Andy McQuillan, Director at MBS (McQuillan Boiler Services) is delighted to be a part of the project and said: “As a business and a family we have been supporters and sponsors of Oldham Athletic for many years and although the business is now located in Rochdale, it was founded on Sharples Hall Street, Oldham in 1989.

“Also as season ticket holders it’s always nice to be able to help in any way possible and when I saw Jamie asking for sponsorship to fund the artwork I was more than happy to lend our support, especially for something which will help remember our 125th year.” 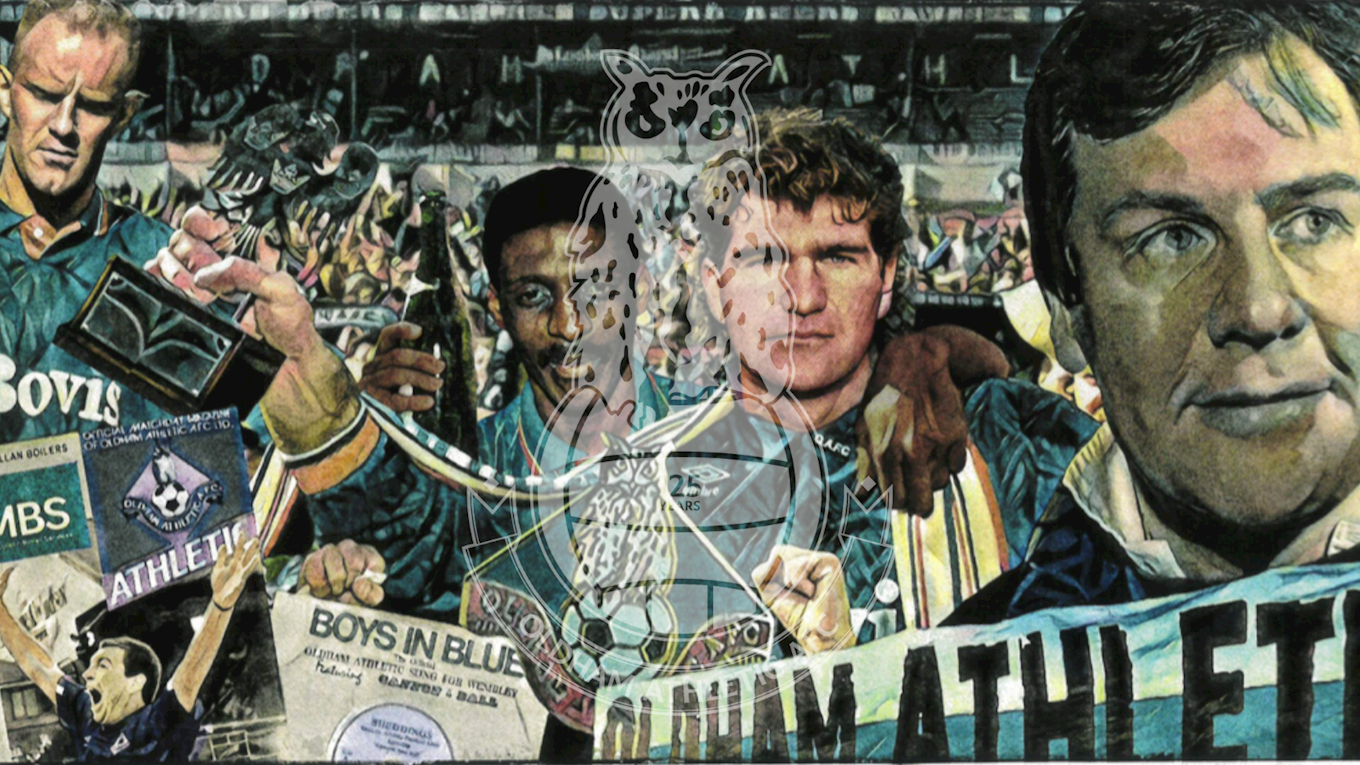 Latics’ Business Development Manager, Jamie Stoddart added: “The reaction from fans towards the idea of this at the beginning of the year was brilliant and for MBS to step forward and allow us to get this produced was really pleasing.

“For the McQuillan family to have been lifelong supporters made it even more special. Like everything this year, the virus made it difficult for Joe to sign each one personally initially, but everyone knows his character and love for the club so it meant it had to be done and was completed recently thanks to his determination.

“I’m ecstatic that it’s finally a reality and extremely delighted with the finished product.”

The club is now proud to offer this to those that are interested in the opportunity to have such a special memento.

Priced at £100, these are available by emailing Jamie.Stoddart@oldhamathletic.co.uk in the first instance, stating your quantity and details.