On a cold Boxing Day, Latics taste defeat in their first-ever meeting with Harrogate Town.

The visitors brought their energetic festive spirit into the opening 15 minutes of this encounter with their non-stop pressing of the Latics backline, but they found Ian Lawlor in fine form to keep them at bay for the time being.

During this period, Lawlor managed to produce an impressive triple save in the first attack as George Thomson flicked a header towards his near post which he parried away, and then Connor Kirby powerfully struck goalwards and he beat it away before, finally, denying Jack Muldoon from close range.

However, after all their pressure, Simon Weaver’s side found themselves a goal behind in the 19th minute. Davis Keillor-Dunn raced into the area and went down after contact from a defender and the referee took his time before pointing to the spot. Latics’ leading marksman, Conor McAleny, stepped up to confidently place the penalty past James Belshaw and into the left-hand bottom corner.

Harrogate wasn’t behind for long as, just ten minutes later, Oldham maintained their record of no clean sheets in the league this season. The ball fell perfectly into the path of the dangerous Thomson and he had the composure to volley into the far bottom corner which left the Latics shot-stopper with no chance.

Just before the interval, things went from bad to worse for Harry Kewell, seeing his side get reduced to ten men as forward Bobby Grant had an aerial collision with Jake Lawlor inside the visitor’s half and Ben Speedie reached straight to his pocket to dismiss him.

With a man less, Kewell tried to adjust how his team set up, Sido Jombati and McAleny made way for Dylan Fage and Ben Garrity at half-time.

The Sulphurites had a golden opportunity to complete a comeback when Aaron Martin nodded the ball down to his striker partner Muldoon, but yards away from goal the former Rochdale man sliced his strike out for a goal-kick.

Everybody had their heart in their mouth when young midfield Kirby volleyed from the edge of the box and it bounced up as Lawlor lost his footing and slipped but to the relief of his team, he managed to do enough to keep the effort out.

In the 71st minute, Town found what went onto be the winner as Latics cleared a corner but the ball was delivered back into the box and landed at the feet of Thomson, who showed his class to control and fire his attempt into the far top corner from a tight angle on the right for his second of the game.

The boys in blue went in search of an equaliser, however, failed to create any clear-cut chances to find the goal which means it’s five straight home Boxing Day defeats on the bounce for Latics. 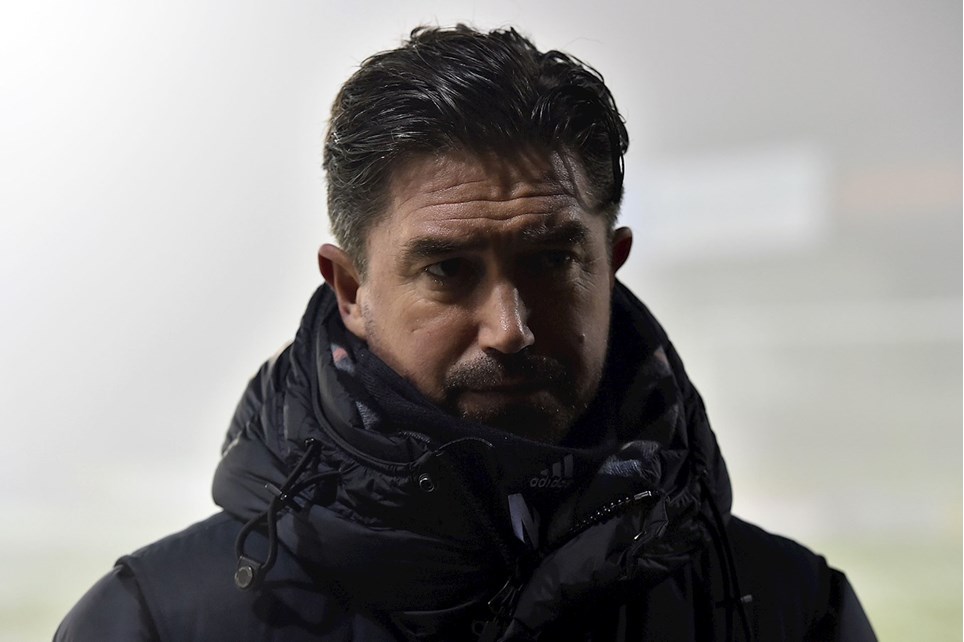 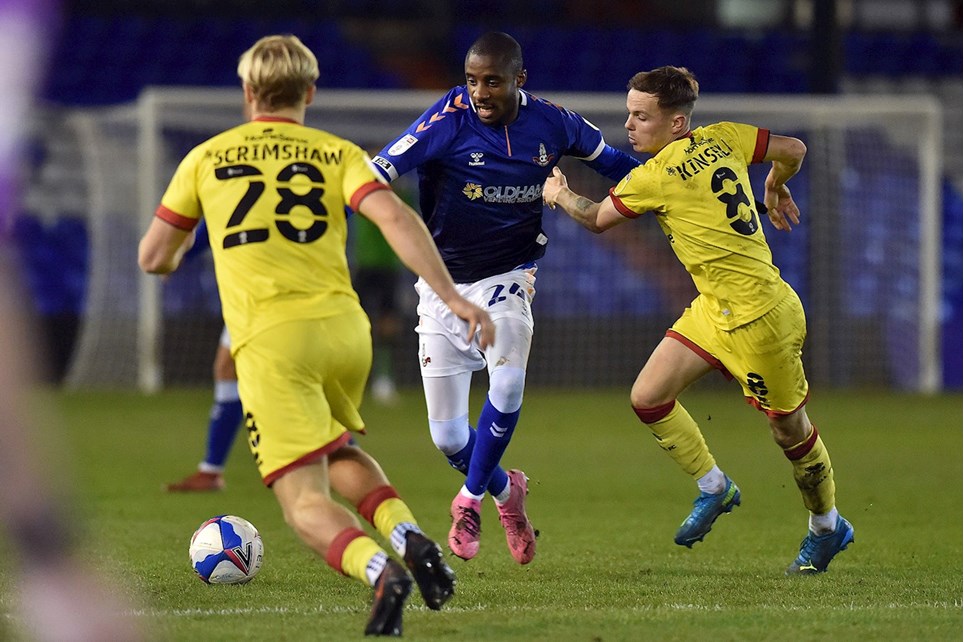 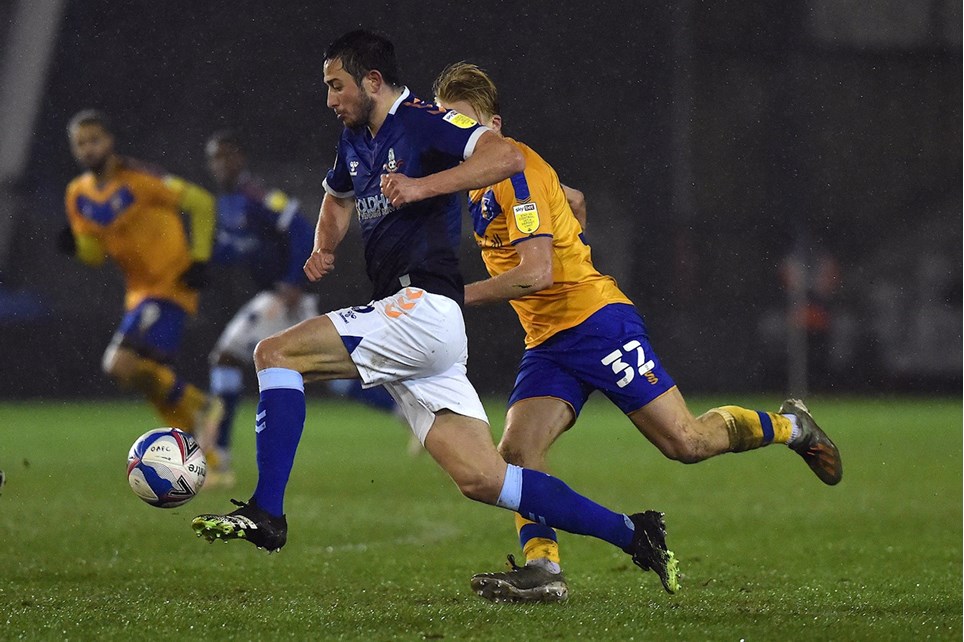 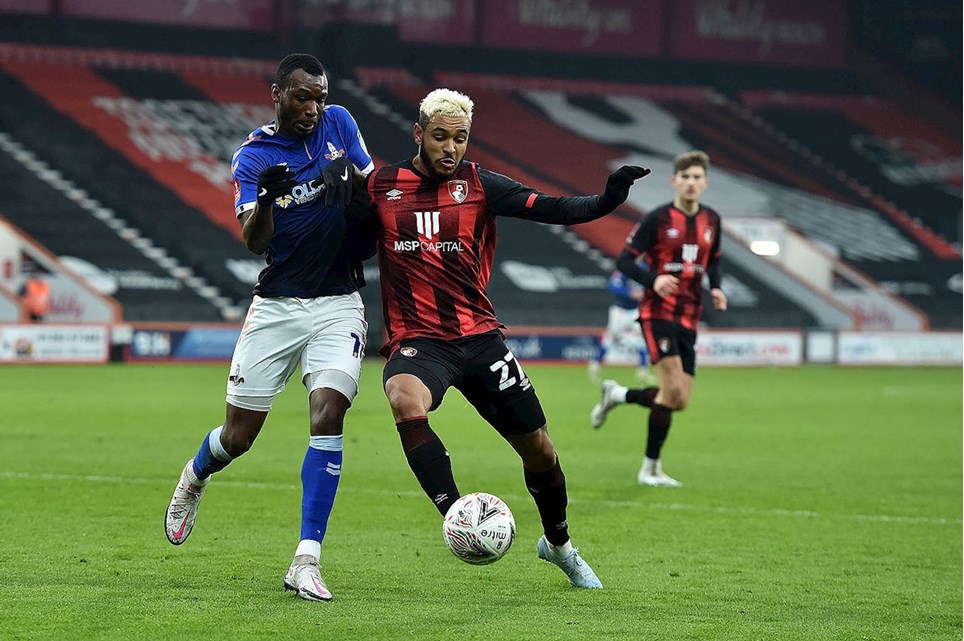 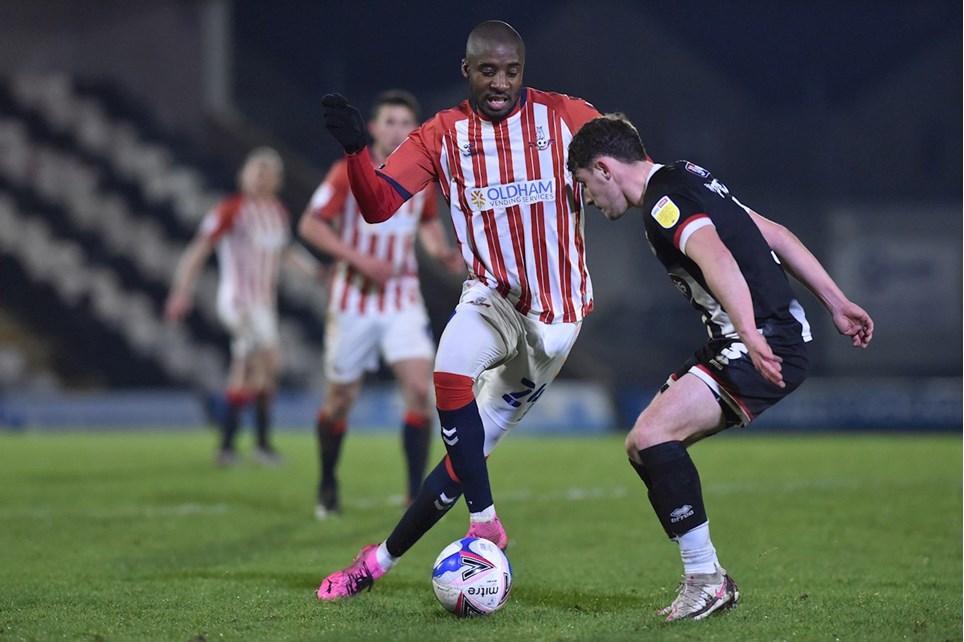