The U18s recorded their much-needed first win of the EFL Youth Alliance League in emphatic style, beating the young Valiants 7-2 at the Vestacare Stadium.

With the game being rescheduled it allowed the young Latics to play on what was a misty, wet and miserable late morning/early afternoon at local non-league side and new partners Avro.

Despite disappointing results recently in the league after the heartache of exiting the FA Youth Cup, it was Oldham who adapted superby to the artificial pitch and ultimately ran out comfortable winners after an impressive opening 45 minutes which resulted in five goals without reply.

The rout started in the opening five minutes when striker Jim Simms got his first of the encounter, tapping home a cross from the right thanks to the influential Vani Da Silva.

With the Youth Team getting joy down the right flank, the next goal came in different fashion. Young midfielder and first-year scholar Joe Edwards curled an effort from the edge of the area into the corner to double Latics’ lead in the 11th minute.

The third of the fixture was also Edwards second as his powerful shot in the box was deflected by a trailing defenders leg, catching the visitors keeper out who was wrong footed as a result.

After a fantastic start, Port Vale showed spirit to get back into the game on the half-hour mark but the resolute defence thwarted any attempt before the scoring continued.

On the 38th minute, Simms also got his second with an acrobatic volley in the air at the back post from close range after a looping cross by Higgins as he overlapped on the right to provide an attacking option.

A minute later and Edwards grabbed the match ball by recording an impressive hattrick in the first-half. The best of the three, it was his close control in the area that caught the eye, twisting and turning leaving defenders on the floor before faking a shot and rolling it in at the near post.

This meant Latics went in at the break five to the good, whilst three changes were made.

The start of the second period was much the same with sustained pressure on Vale’s goal as a number of half chances were created with flashed crosses, across the six-year area.

On the hour mark, Da Silva got in on the action which ultimately would be a warning sign for the opposition, his turn inside and powerful curled effort was tipped over the crossbar.

With two further changes made by Latics, Port Vale pulled a goal back five minutes later as a headed effort was powered in at the near post from the left side.

This spurred Oldham back into life and it was Da Silva who scored with a similar attempt to the one that was tipped over to keep the five goal difference. Sprinting down the right he cut inside and unleashed a shot that flew under the bar before the defence or goalkeeper coult react to it.

Then on the 75th minute, Da Silva and Junior Luamba combined down the right to gift Isaac Modi with the ball inside the area but with the ball getting caught under his feet the chance flew over the crossbar.

A few minutes later and the Valiants got a second goal back when a shot was turned home in the box, which saw a good reaction from the opposition.

But it was Latics who didn’t want the performance and result to be tarnished. Ten minutes before the end, Modi made up for his miss earlier as Da Silva once more created the chance, running down the right before placing into Modi’s path to tap in without taking a touch to steady himself.

Just before the end, young keeper Kacper Danielewicz was called into action again, tipping Port Vale’s final effort over the bar to ensure the second-half remained 2-2.

With the game finishing 7-2 the standout performer was Vani Da Silva, scoring a goal alongside recording four assists but a special mention goes to Joe Edwards for his hattrick in the first-half. 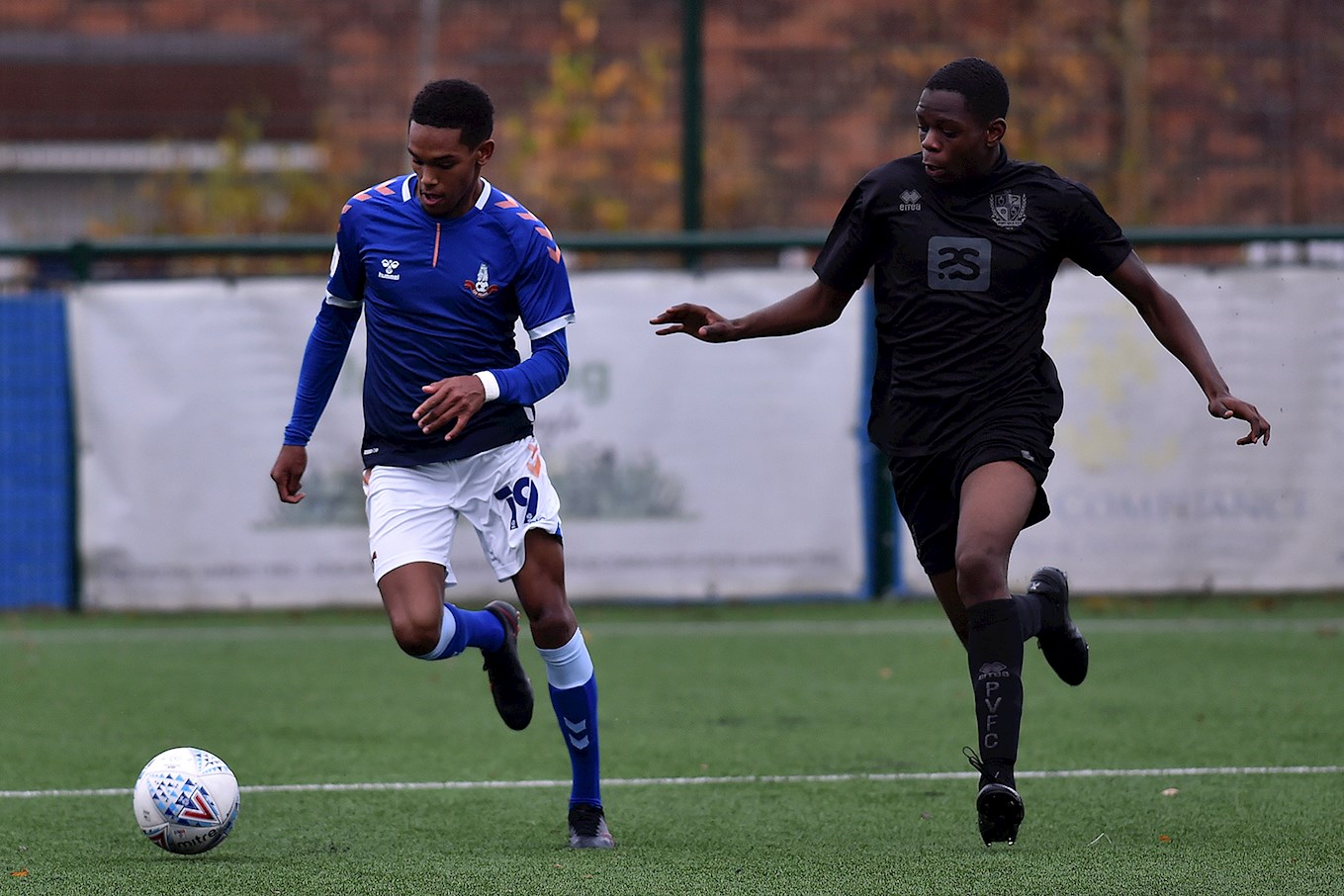 On the impressive result, Youth Team Manager Selim Benachour was happy to see his side put in a proud performance after a difficult couple of weeks.

“It’s about time we won a game in the league where we controlled it for large parts. We did really well in the first-half, it was a pleasure to watch it unfold.”

He added: “In the second-half, it was a little bit more complicated, with a little bit less in intensity but in general I'm happy about what we did today. So I hope this will give the players some confidence as recent results have been disappointing.

“We were missing some key players, one being my leader Ben Hough but others stepped up and the majority of the squad got minutes, playing some great attacking football which is the most important thing.”

On the two standout performers Joe Edwards and Vani Da Silva, he said;

“Joe I'm extremely happy with as I put him in the number 10 position and he flourished. He knows he has talent, he just needs to keep working hard and we’ll get more performances like that where he can change games.

“As for Vani he’s a very special player. When he plays it simple and takes his man on in the right areas he causes teams all kinds of problems. He’s had more experiences with the First Team this season and knows he has the potential to become a professional, but it’s nice to see him play with a smile on his face and enjoy his football.”