Crewe have also won their last two which has seen them rise to second in the Sky Bet League Two table.

Oldham’s back-to-back wins at Boundary Park last week saw the unbeaten run extend to six matches, whilst Crewe are unbeaten themselves in five; winning three of them. Making the encounter that bit more important.

Latics have won 41 of the 79 meetings between the two clubs with 19 games ending in draws and Crewe winning 19.

When the two sides met at Boundary Park at the start of this season it was the Alex who secured all three points. Missilou gave Latics a great start but the hosts couldn’t hold onto the lead and a brace from Chris Porter against his old club before half-time saw the visitors win 2-1.

Two goals in the first-half from Latics veterans Peter Clarke and Chris O’Grady ensured three points for the visitors. 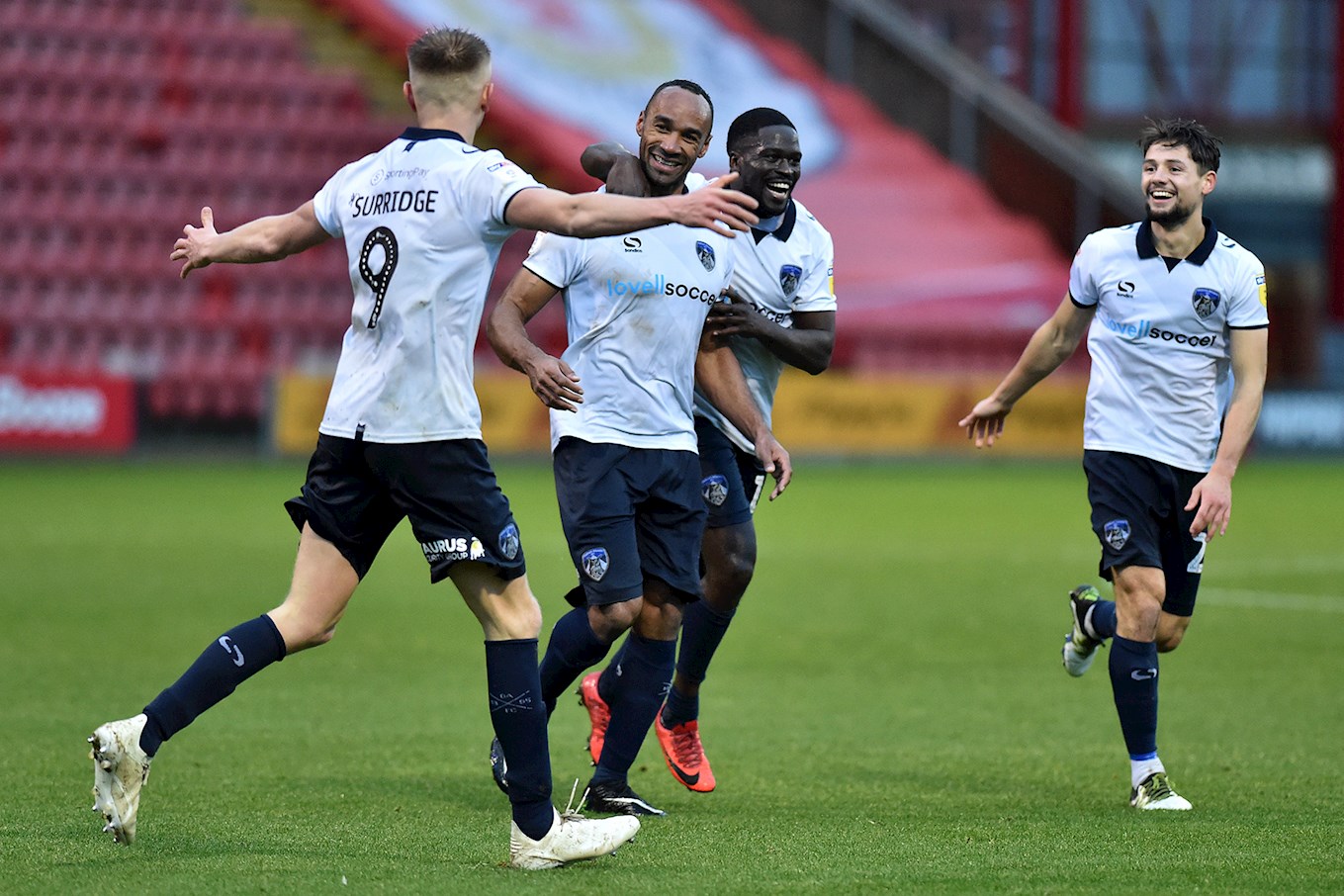 Oldham captain Clarke scored the opener in the 17th minute with a spectacular effort and O’Grady doubled the lead just five minutes before the break. The victory was helped by a fine performance from on-loan goalkeeper Daniel Iversen who thwarted the Railwaymen on many occasions.

The result lifted Latics to 12th in the table and increased the points gap to four over their opponents who slipped down to 17th.

It has been a great season for the Railwaymen so far and they have given themselves a real chance of winning promotion to Sky Bet League One.

A convincing defeat on the first day of the season at home to Plymouth Argyle would prove to be a blip for Crewe as they went on to win seven of their next nine league matches. Crewe have managed to retain a level of consistency that has seen them stay around the automatic promotion places all season. They have lost just four of the previous 20 league matches. A big part of Crewe’s success has been their ability to pick up points from losing positions.

Alexandra are second in the table, just four points of table toppers Swindon with a game in hand and are an impressive 19 points ahead of Latics.

Dino Maamria: "I know Crewe have finished mid-table for the last three years in League Two and they've had time to build something and now they're having a good season.

"Our focus is always on us really and I'm sure if we carry on what we've been doing in the last two or three weeks we'll get the right result.

David Artell: "It is all about the next one and making sure we get the job done.

"Oldham are a good run themselves and Dino has stamped his own authority on the team. They are beginning to look like one of his teams. He has done a good job and they will be a tough nut to crack.

"We have to show what we capable of. Oldham have got threats but they also have weaknesses, that we will need to exploit."

Daniel Powell has scored three in Crewe’s last three so is a man that Maamria’s men will have to be wary of.

Powell has eight goals in his last 11 matches for Crewe which includes braces against Carlisle United and Scunthorpe United. 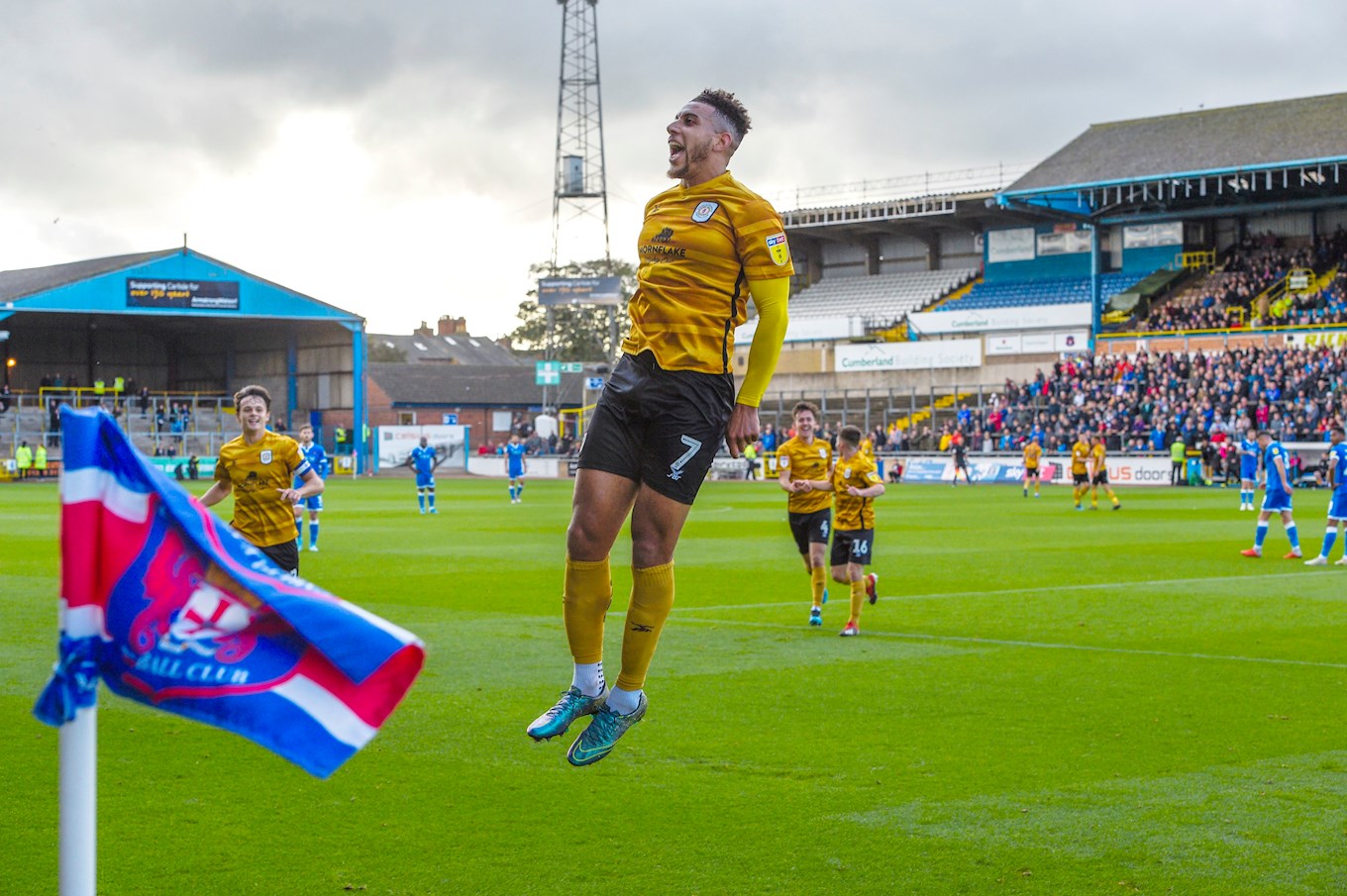 Powell was a product of the Milton Keynes youth setup. He had three loan spells during the early days of his professional career at Crawley Town, Forest Green Rovers and Darlington and he started to break into the first team at his parent club in 2010. He would go on to socre 46 times in 271 games before being released at the end of the 2016/17 season.

Next up for the Luton born winger was a move to Northampton Town. In his first season with the Cobblers, the club was relegated to League Two. After two seasons at the Sixfields Stadium, Powell signed for Crewe on a two-year deal.

The 28-year old is known for running at full backs and this is something Latics will have to deal with.

Current Alex striker Chris Porter had a successful spell with Latics between 2005 and 2007. 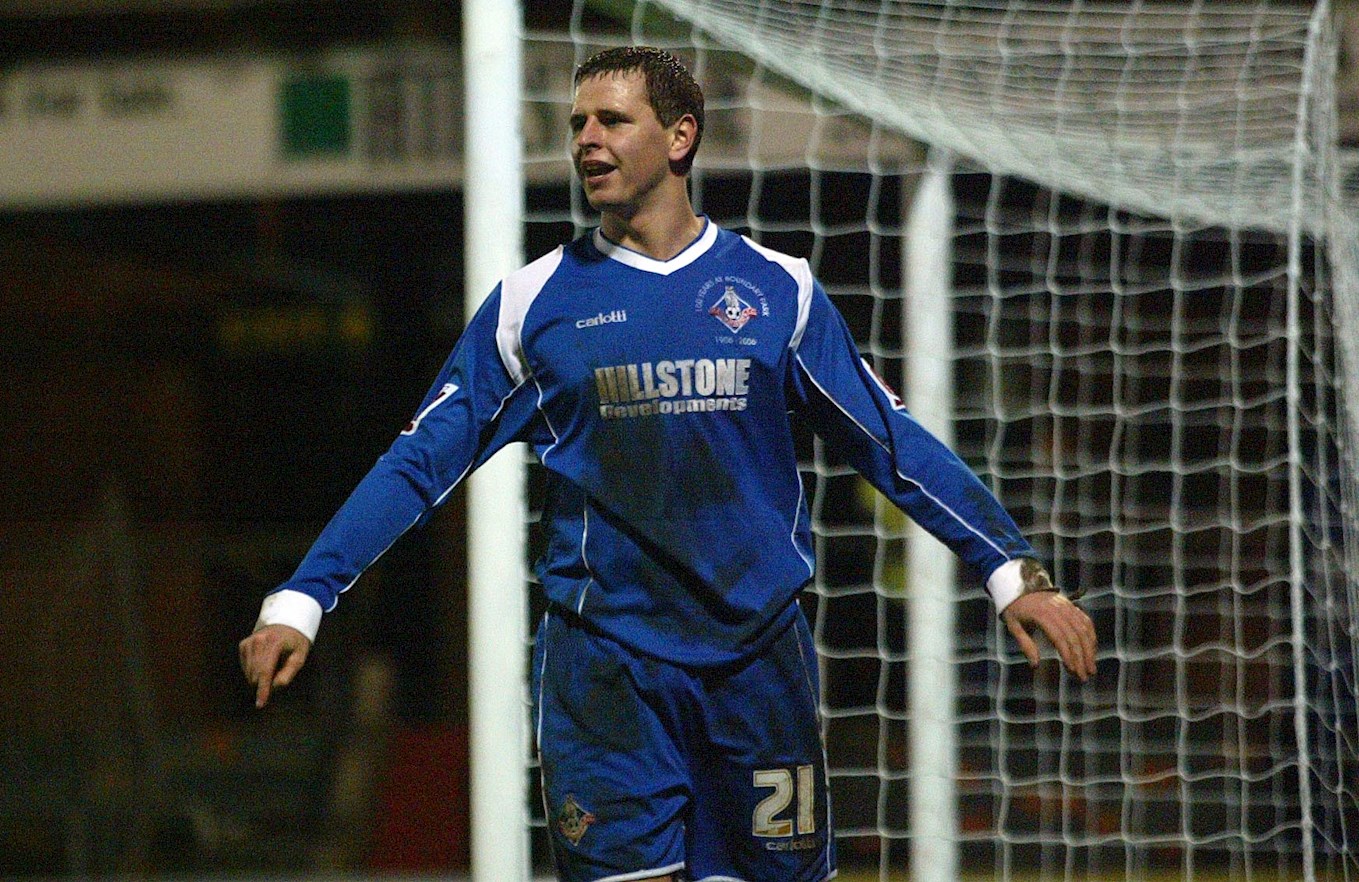 Porter started his career at Bury and a bright few years in the game earnt him the chance to sign for Latics. He was an immediate hit as he scored on his league debut in a 2-0 win over Yeovil Town. He netted nine times in his first campaign at Boundary Park. His second and last season with Latics was the forwards most fruitful season to date, he scored 22 goals in 40 games. His goal on the last day of the season against Chesterfield saw Odham qualify for the League One playoffs but he couldn’t help his side overturn Blackpool in the playoff semi-final.

After leaving Oldham, Porter went North of the border as he joined Scottish Premier League side Motherwell. In his first season at Fir Park he managed 18 goals which helped the club qualify for European Football. He made his European debut in a 1-0 defeat to AS Nancy in September 2008.

His next club was Derby County. Injuries meant that the seasons he spent at Pride Park never really took off and he only made 25 starts for the Rams; scoring nine goals. Sheffield United were his next club and likewise with Derby he never really hit the ground running. Loan spells with Shrewsbury Town and Chesterfield were in the middle of his time at Bramall Lane. His contract was terminated in January 2015 and he joined Colchester United.

Following three seasons with the U’s, Porter made the move to Gresty Road where he has scored 30 league goals in 90 league appearances.

Gresty Road is the home of Crewe Alexandra. 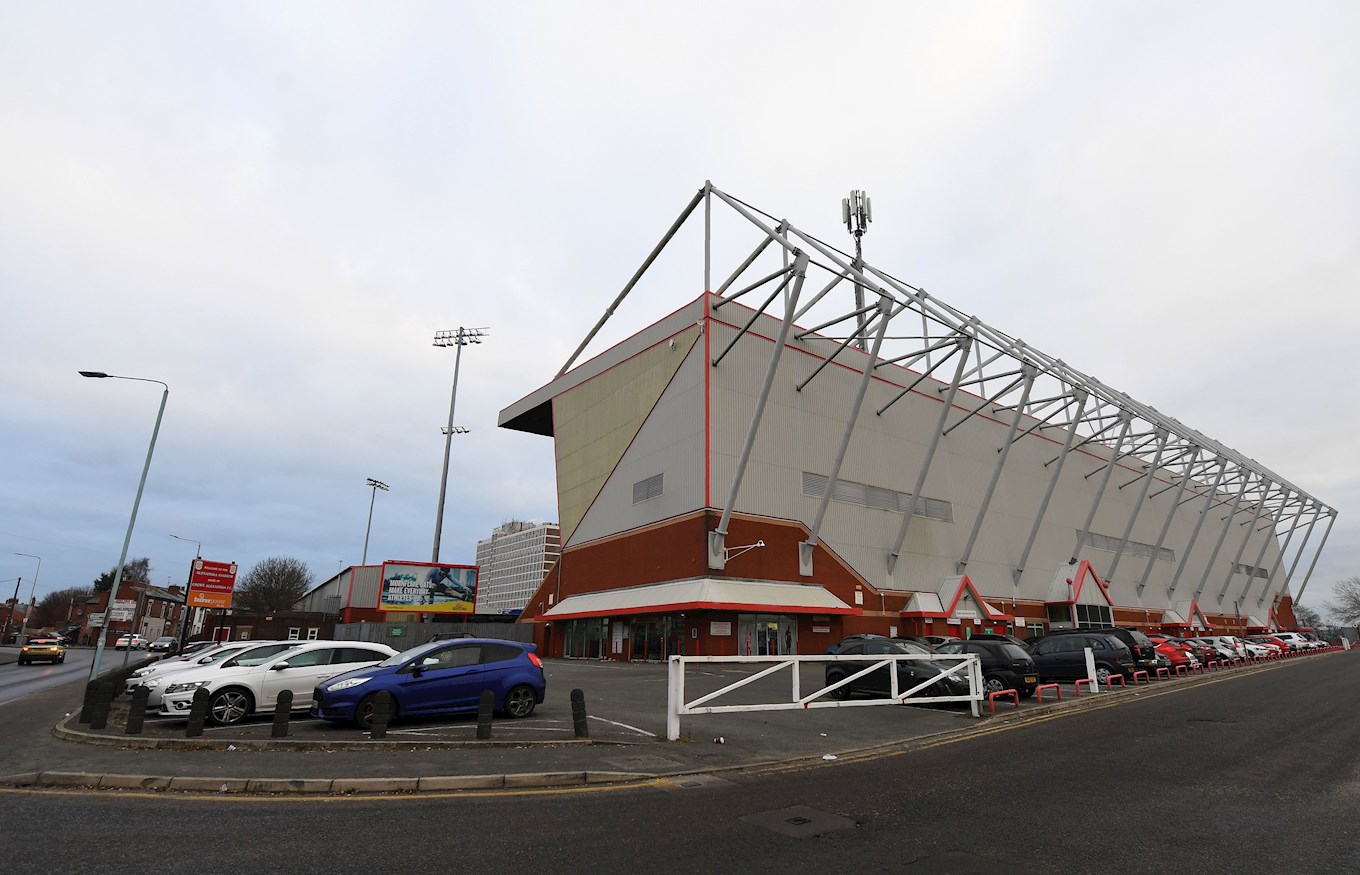 Gresty Road is also known as Alexandra Stadium and has a capacity of 10,153.

It has been the home of the Railwaymen since 1906 and boasts a record attendance of around 20,000 for an FA Cup game with Tottenham Hotspur.

Gresty Road has also hosted one international match; a 1-1 draw between Northern Ireland and Qatar in May 2015.

David Artell is the man in the Crewe dugout.

The 38-year old was somewhat of a journeyman in his playing career including spending a few seasons at Crewe as a player. He played international football for Gibraltar, winning seven caps. 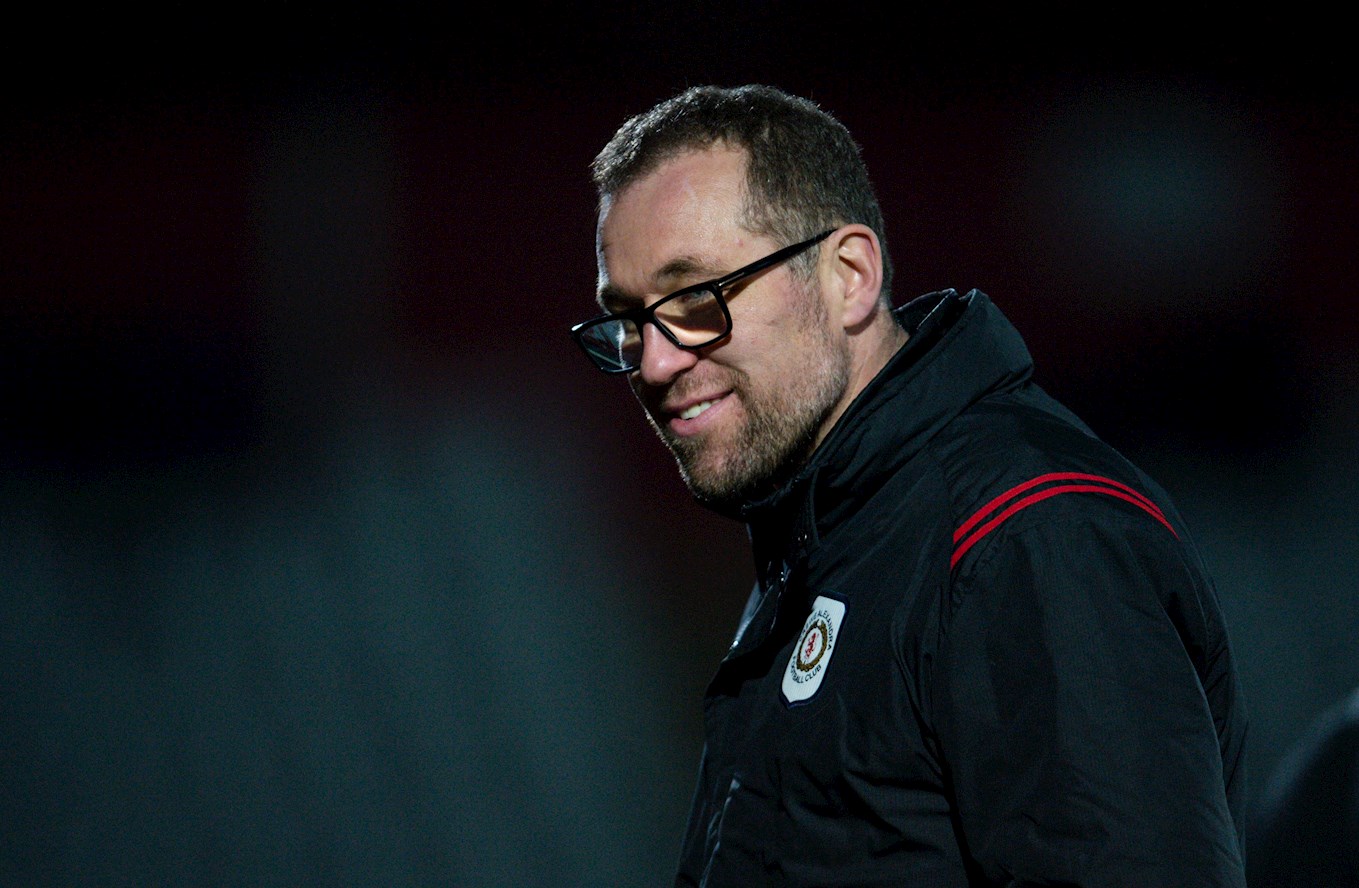 Artell has been part of the setup at Gresty Road since July 2014 but was given his first job in management by the club in January 2017 replacing Steve Davis. In his first few seasons with the club Artell guided the Railwaymen to midtable finishes but it has been a different story this season and Artell will hoping to secure his first promotion in management.

Sam Purkiss will be the man in charge when Latics travel to Bradford in the Sky Bet League Two fixture tomorrow afternoon (3pm KO).

The referee has officiated 23 games this season, brandishing 69 yellow cards as well as a red card.

His last Oldham game was back in September when he took charge of the league game at home to Grimsby which finished 2-2 with five yellows awarded.

He will be assisted by Gary Hilton and Joe Simpson with Richard Woodward as the Fourth Official.

Jonny Smith has scored in both of Oldham’s previous two games and he is 11/1 to open the scoring at Gresty Road and 4/1 to score anytime. 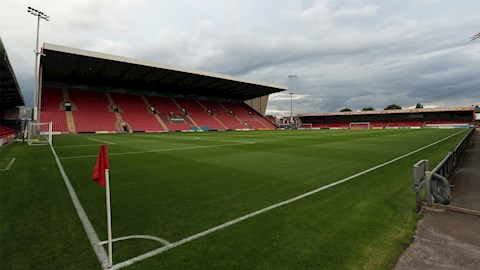