Latics’ draw at Salford made it four on the bounce but they will be keen to turn that into a victory when Mansfield make the trip to Boundary Park tomorrow evening (7:45pm KO).

There was a first goal in Oldham colours for Danny Rowe against Salford and he will be hoping to make it two in a row back at Boundary Park.

Latics are winless in seven whilst Mansfield bounced back from three defeats in a row when they beat Bradford City 3-0 on Saturday.

This will be the 63rd time that the two clubs have faced off against each other. Latics have won 28 of those encounters, 17 ended in a draw and the visitors winning 17.

Latics will be hoping for a better outcome then when the two sides met earlier on in the campaign. The Stags won the game 6-1, helped along the way by a bizarre moment when Oldham were reduced to nine men with Tomas Egert and Filipe Morais both getting sent off in the same minute for fouls in the same passage of play.

However, the last time the two sides met at Boundary Park it was Oldham who came out victorious in front of the Sky Sports cameras.

Gevaro Nepomuceno will be hoping to have the same impact on Tuesday as he did in April 2019 by grabbing two and getting the assist for the other.

He broke the deadlock not long before the half-hour mark and turned provider in the 56th minute, he saw his shot blocked but the ball fell to Mohammed Maouche who slotted home to double the hosts advantage. The two-goal cushion did not last long and Tyler Walker was the man to slot the ball past Daniel Iverson in the Latics’ goal.

Nepomuceno was the man to ensure Oldham retook a two goal-lead with a sublime shot into the top corner after a long throw from Tom Hamer wasn't cleared, but any hopes of a relaxing evening from that point onwards were gone when Neal Bishop set up a nervy last quarter of an hour for the hosts. Despite a barrage of pressure including a Danny Rose goal that was disallowed for offside in the closing stages, Oldham hung on for a valuable three points.

The result put a dint in the Stags’ automatic promotion hopes whilst it gave Oldham a slim chance of making the play-offs with three games to play.

Mansfield suffered somewhat of a hangover from their play-off penalty heartbreak as they won just one of their first six league games of this season.

They have not picked up as much as they would have liked and have struggled all season to replicate the kind of form that saw them finish in fourth place and so close to winning automatic promotion last season.

The Stags’ impressive 3-0 win over Bradford City was just their third win from the last 13 games but that win did see them leapfrog Latics in the Sky Bet League Two table.

Both sides sit on 30 points but Mansfield’s superior goal difference means that they are two places ahead of Oldham going into this game. Both sides know that a win could lift them a number of spaces in the table.

Dino Maamria after the draw at Salford: "To give away a penalty in the first ten minutes is not a very good start and that gave them momentum because when you come here you need to manage the environment and play in their half.

"We had a moment before they scored the penalty when Maouche had a one v one from the edge of the box, I was disappointed with that one, he should have took him on and put it away and I think it’s that kind of moment where we need to be better."

Danny Rowe after netting his first goal for Latics: "I’m quite a quiet lad to be fair. It’s obviously good to see them all chanting your name and different things but its gives you confidence.

"Overall for me it’s good to get off the mark, that gives me confidence as well and the fans will be happy that I’ve scored."

Graham Coughlan after his sides empathic win over Bradford: "Today we’ve set the standard and I want us to continue it. The work rate has been there, the fitness levels have gone up and the intensity of training has risen.

"Their attitude, work rate and commitment has been there for all to show – we were just making some basic errors. We’ve put our bodies on the line and showed what it means to play for Mansfield Town Football Club.

"We will get fitter, we will grow and we will improve. One thing I’d like to emphasise is: 'let’s not get carried away.'

"Over the last 12 months, inconsistency has been an issue at this football club. It’s up to the lads now to push on and show consistency."

Nicky Maynard is no stranger to goals at this level, the 33-year-old bagged a hat-trick when these two sides met earlier on this season. 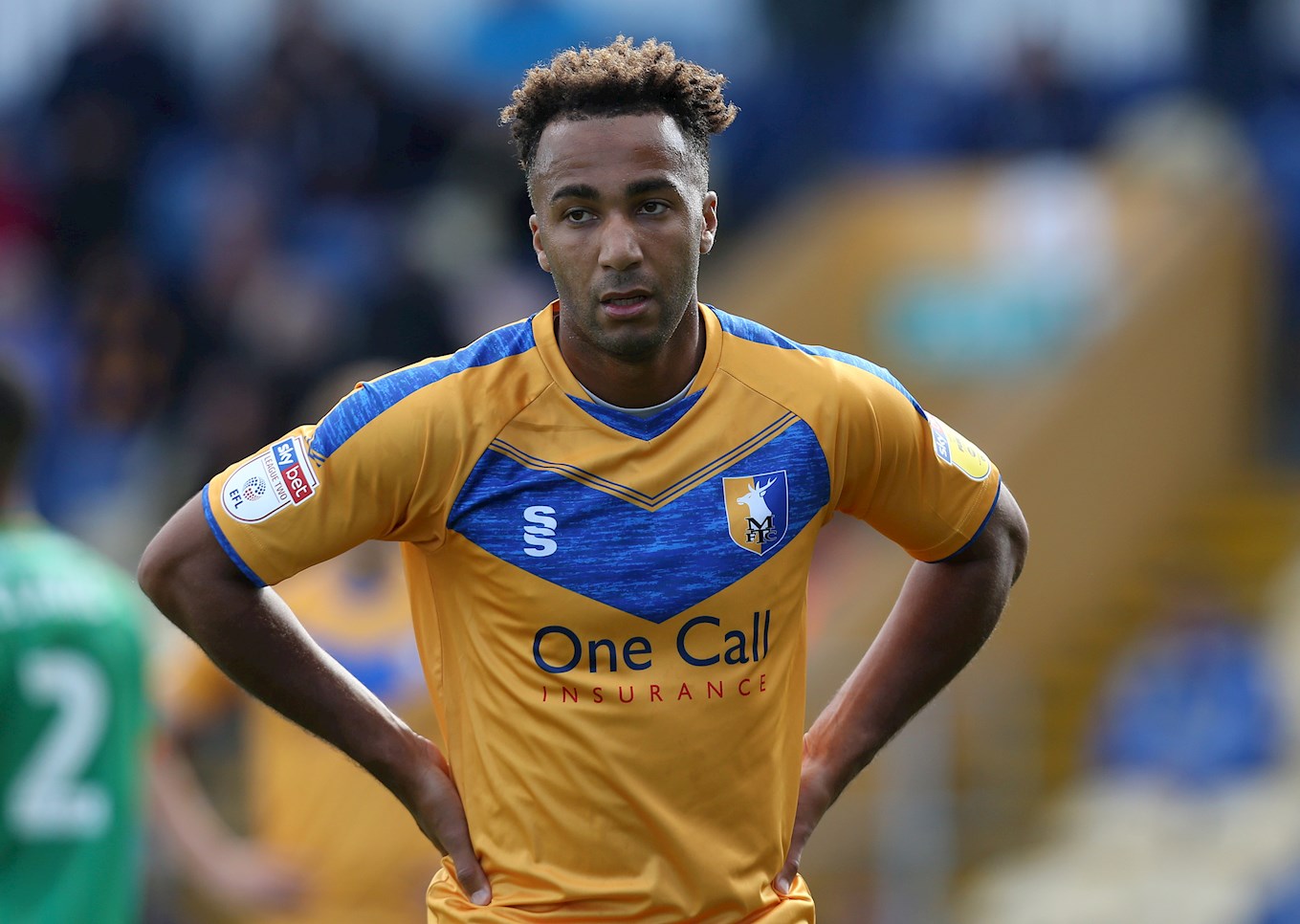 Maynard was a product of the Crewe Alexandra academy and went on to be prolific for Crewe. This won him a big money move to Bristol City. The transfer was for a fee believed to be in the region of £2.25m, which as the time was Bristol City’s record transfer fee. His form between 2008 and 2012 at Ashton Gate won the forward a move to West Ham United in January 2012. He helped his new side win promotion back to the Premier League via the play-offs.

His spell with the Irons was brief making just 17 appearances and moving on to Cardiff City in the next transfer window. His time in Wales was marred by him suffering a torn cruciate ligament early on that meant he missed most of his first full season with the Bluebirds. He came back sooner than expected and came off the bench in the clubs last game of the season scoring a penalty in the game. The game finished 2-2 which meant that both Hull and Cardiff were promoted to the Premier League.

Maynard had a loan spell with Wigan Athletic before going to MK Dons and Aberdeen. He was then part of the Bury team that won promotion from League Two last season before signing for the Stags this summer.

Current Mansfield striker Craig Davies has played for both clubs.

Davies joined the Stags from Latics for an undisclosed fee in June 2018 following Oldham’s relegation from League One. It was his second stint at Boundary Park after leaving Italian side Hellas Verona and Wolverhampton Wanderers deciding not to make his loan permanent. Davies got off to the best start possible as an Oldham player, scoring a last-minute winner against Swansea on his debut. During his time at Oldham he also made a loan move to Stockport County.

His first season with Mansfield was cut short when he underwent surgery on his ankle in December.

The journeyman striker has been capped seven times by the Wales national team.

Graham Coughlan is the man in the away dugout. 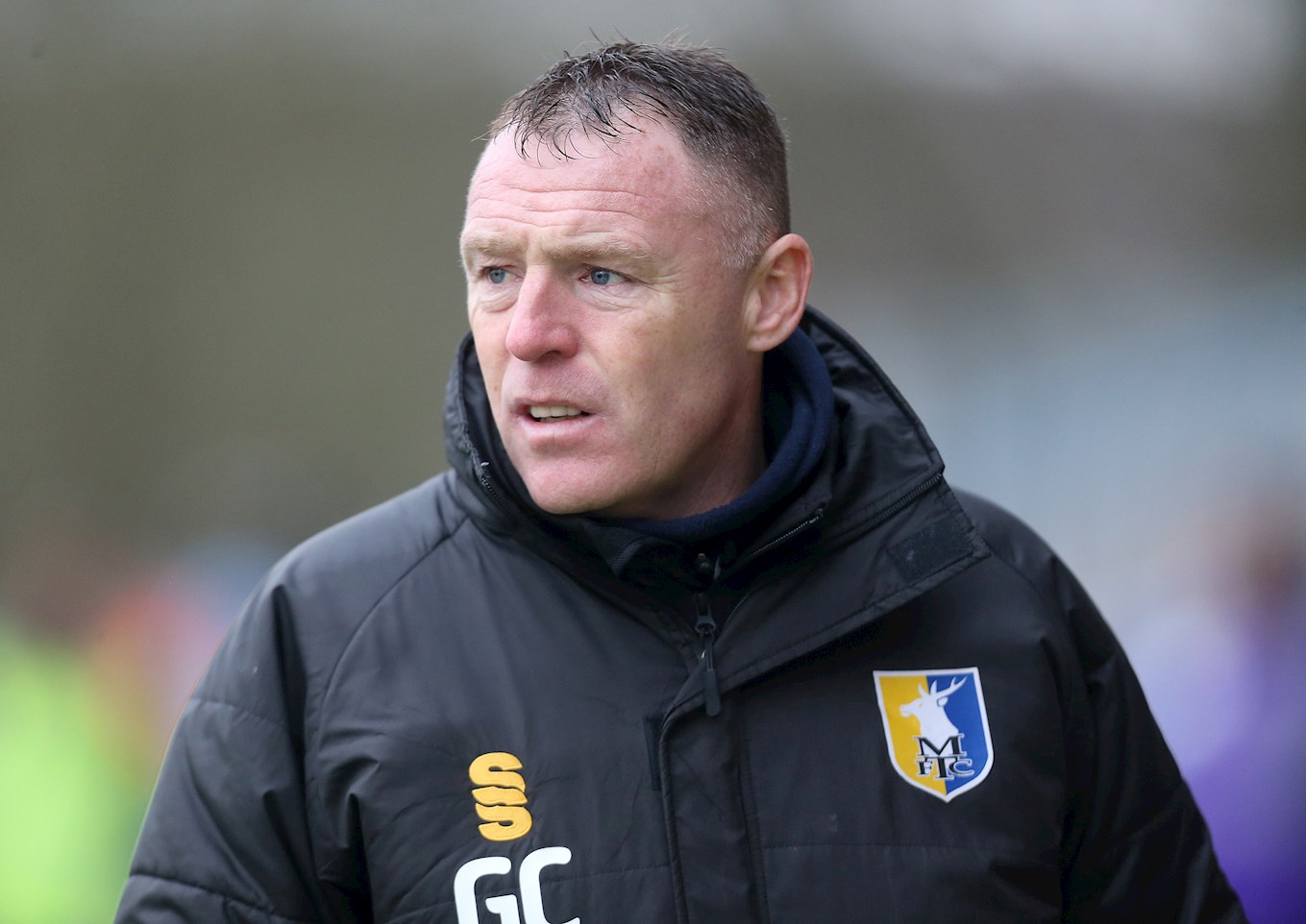 The Dublin born manager played for a number of clubs during his time as player including Sheffield United, Sheffield Wednesday and Burnley.

His first job in management was with Bristol Rovers. He had been on the coaching staff and was given the job on temporary basis after the departures of Darrell Clarke and Marcus Stewart. He left Rovers when they were fourth in League One, joining Mansfield Town in the division below.

He has been manager of the Stags since the 17th of December 2019 and so far, has overseen two victories as manager. 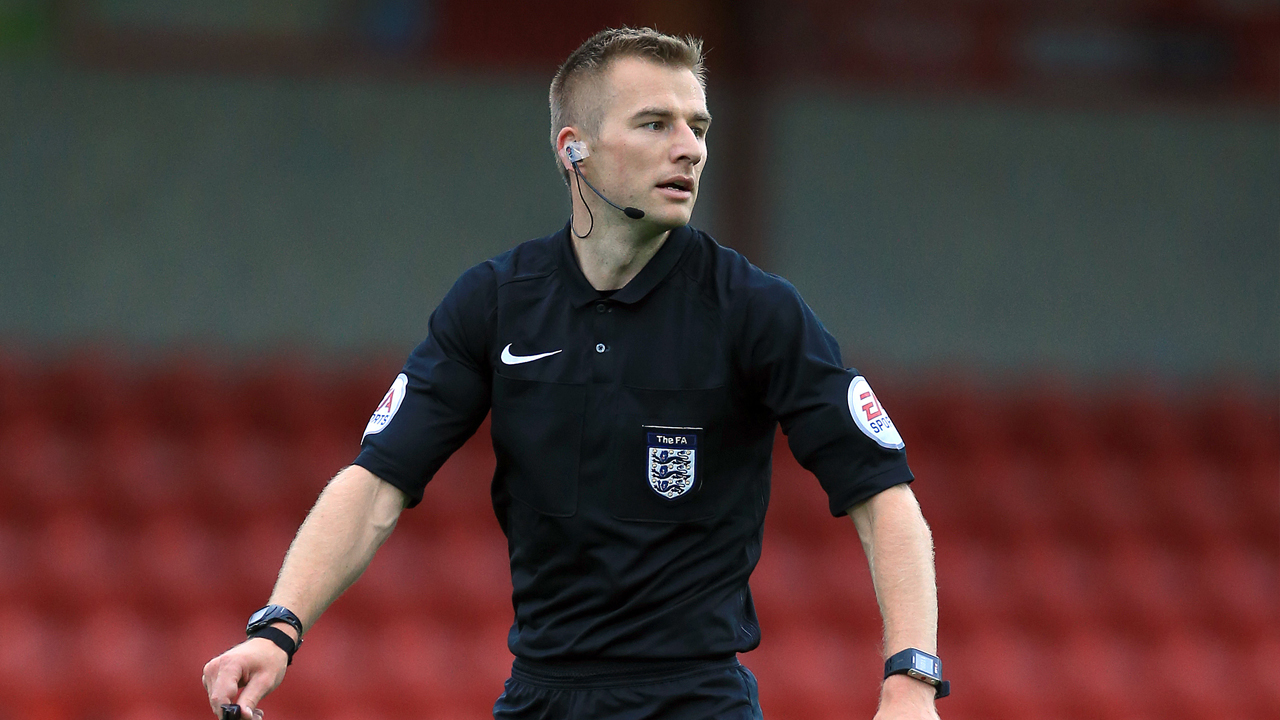 The referee has officiated 22 games this season, brandishing 66 yellow cards as well as nine reds.

This will be his first time officiating an Oldham or Mansfield fixture this season.

He will be assisted by Joe Clark and Chris Isherwood with Martin Woods as the Fourth Official.

Mansfield are slight favourites going into the game. They are 7/5 to win the game whilst Latcis are priced at 9/5.

Oldham’s last four outings have all resulted in draws and you can get odds of 23/10 on the same outcome at Boundary Park.

Please note that admission has been reduced for all age categories to £5 and the North Stand is closed.

More information is available by clicking here and here.