Latics travel to Stevenage this evening, looking to build on the away point picked up at Moss Rose at the weekend (7:45pm KO).

The game sees Oldham Head Coach Dino Maamria return to his former club where had featured as both a player and manager, with it being the clubs third consecutive away game.

Stevenage’s poor run of form continued on Saturday as they lost 1-0 at home to Port Vale which made it ten league games since Boro’s last win in Sky Bet League Two, a run that sees them rock bottom of the league.

On the other hand, Latics were able to end a losing run but were denied maximum points when Macclesfield were dubiously awarded a penalty in the final minute that was put away by Joe Ironside to level the scoring. David Wheater was shown a red card in that incident but has since won his appeal and is still available for his side’s trip South.

Latics have won three of the eight games played against Stevenage with the last of those coming in January 2014 when Oldham won the match 1-0 at Boundary Park, however the most dramatic of games between the two sides was earlier on that season when Latics ran out 4-3 winners at the Lamex stadium.

The hosts took the lead just before half time through Darius Charles but that lead did not last long into the second-half with centre back James Tarkowski restoring parity in the 51st minute.

Two goals in the space of three minutes from Jose Baxter and Cristian Montano gave the visitors a two goal lead with 20 minutes left on the clock. However it was not to be quite as straight forward as Latics would have hoped, Greg Tansey scored seven minutes later before current Latic Filipe Morais levelled the scoring at 3-3 with not long left to go.

The scoring was not yet complete though and Jose Baxter netted his second goal of the game, this time from the penalty spot to ensure the three points for his side in this seven goal thriller.

Stevenage endured a tough start to this season and had to wait till their 10th league match of the season before picking up their first win which came at home to Grimsby. Things did not pick up for the Boro and they recorded their second and only other Sky Bet League Two win against Morecambe a few weeks later. Ten games have been and gone without them managing to get a win a run that leaves the club in relegation danger.

Stevenage are bottom of the league but despite their poor season so far, they still have plenty to fight for as they are just one point from safety and they know that victory, paired with Morecambe failing to beat Port Vale this evening would see them off the foot of the table and out of the relegation spot.

Latics are nine points better off than their opponents going into Tuesday’s game.

Dino Maamria ahead of his return to Stevenage:

"It's a different game. I can't say it's a normal game, it's not a normal game it's always going to be mentioned that it's me going back there with my ex-manager Graham Westley.

"I'm delighted for him to be back at the club. It was always going to be a different occasion but my players need and I know will focus on the game and the two teams that are going to cross the white line.

"I'm sure they'll try and play with a point to prove. I'm surprised with the squad they have, they've got a good squad, good players and a very good manager. I'm surprised they've not managed to get out of their situation but I'm confident they will go on and I'm sure Graham will get them going to get a run and stay away from that relegation spot."

Morais joined Latics for the first time in October 2010 and scored his first goal for the club in a 2-1 win against Brentford at Boundary Park. After good performances in his first season, the club confirmed that it would be taking up the option of putting a further year on his contract. He scored five times in his second season with the club before departing for Stevenage on a three-year contract. The Portuguese playmaker stayed at Stevenage for two years with his final season at the club ending in relegation despite his impressive eight goals in the season.

Morais would then go to Bradford City where he is probably most famous for scoring the equalising goal in the Bantams incredible 4-2 win at Stamford Bridge in the FA Cup fourth round.

The 34-year old then went on to play for Bolton Wanderers before going to Crawley Town and finally back to Boundary Park, where he is on loan from fellow League Two side Crawley for the season. 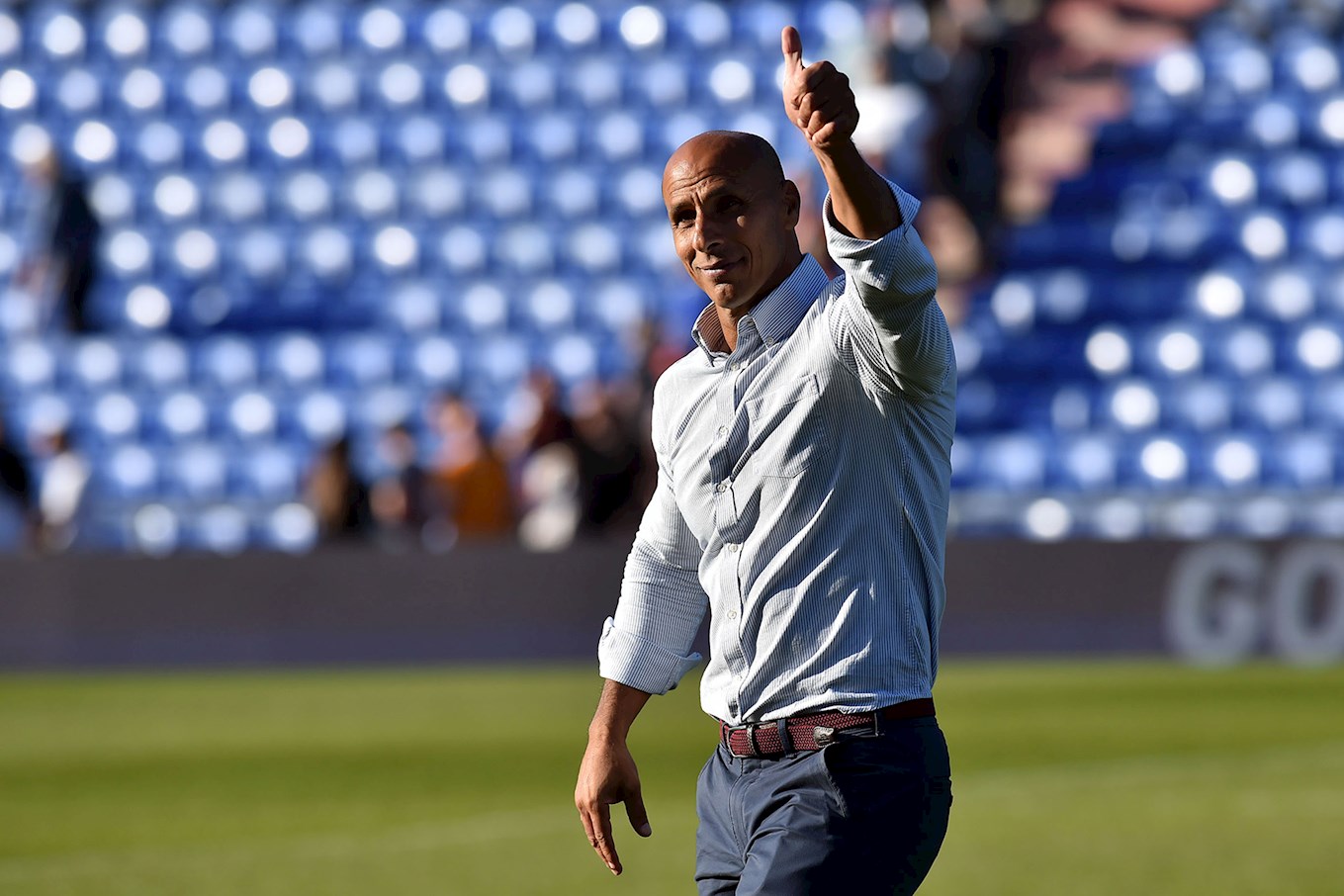 The game also sees current Latics boss Dino Maamria return to his former club for the first time. Dino was appointed as Stevenage boss in March 2018.

He has also had spells with the club as a player and with the coaching staff. His managerial reign at the Lamex came to an end on the 9th of September 2019 and the Tunisian was appointed at Boundary Park 10 days later.

Stevenage play at the Lamex stadium however it is probably better known as Broadhall Way before changing its name due to sponsorship reasons. The record attendance at the Lamex is 8,040 for Stevenage’s FA Cup fourth round game against Premier League giants Newcastle United in 1998, a temporary stand had to be erected in order to satisfy the demand for the big game.

The home fans would not have been disappointed as they managed to earn a replay with Alan Shearer’s early opening goal being levelled by Guiliano Grazioli. They did also famously beat Newcastle in the FA Cup at Broadhall Way, winning 3-1 in January 2011.

Graham Westley is the man in charge at Stevenage again.

Westley is currently in his fourth stint as boss. When he was first appointed in 2003, Stevenage found themselves in danger of being relegated from the Conference but Westley helped the club rise from 21st to a much more respectable 12th place by the end of the season. He was unable to help the club to the play-offs in the coming few seasons and left at the end of his contract.

Westley returned in 2008, setting out to finish what he had started and take the club up to the Football League. In his first season back, Westley’s side make the play-offs but couldn’t make it to the final. This blow may have been softened slightly by the fact that Westley and this team won the FA Trophy.

The next season, Boro were runaway winners of the Conference claiming it by 11 points and winning promotion to League Two. Despite being newly promoted Stevenage managed to qualify for the play-offs, which they won meaning the club had recorded back-to-back promotions and would play in League One for the first time in the club’s history. In January 2012, Westley left Stevenage to join fellow League One side Preston North End.

Westley’s third spell did not go as well as his second and his side were relegated back to League Two in the 2013-14 season. In a bid to bounce straight back, Stevenage finished sixth but could not win promotion back at the first time of asking and Westley was replaced by Teddy Sheringham on the 21st of May 2015.

The 51-year old is now back for his fourth spell as Stevenage manager and has signed a contract till the end of the season to try and mastermind more success for the club to keep their Football League status.

Live commentary is available on iFollow Latics with a return for Sam Rosbottom and Roy Butterworth who will be talking you through the match. Ticket news for Stevenage vs Oldham Athletic on 14 Jan 20