Oldham Athletic can now confirm that an agreement has been reached for the transfer of Zak Emmerson to Brighton & Hove Albion for an undisclosed fee.

The young forward is another product of the Latics Academy, following in recent years the footsteps of George Edmundson and James Tarkowski who have been sold for a substantial sum.

He made history at the start of the 2019/20 season as he became the youngest ever player to represent the club, as well as the second-youngest in the EFL, at 15 years and 73 days old.

Overall, Emmerson made three first-team appearances during last season and was handed his first ever professional start in the Leasing.com Trophy against Fleetwood Town in November 2019. 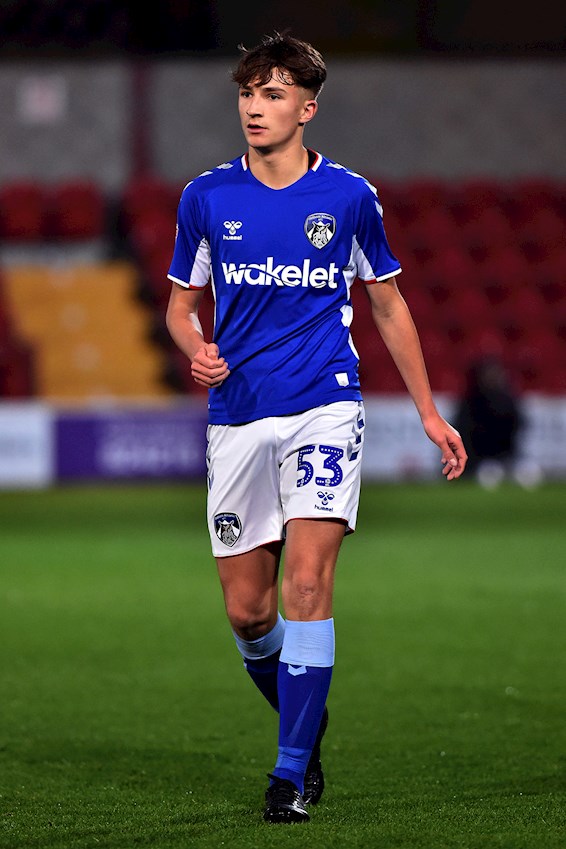 The 15-year-old has also impressed for the Youth Team throughout the years and especially in the last campaign, proving to be a hard-working frontman with a keen eye for goal, scoring on a regular basis.

On the news, Head of Academy Paul Murray was full of praise for the striker;

"I'd just like to start by congratulating Zak on his move and it is something that will completely change his life.

"He is a part of a growing group of players now who have graduated from the academy and gained professional deals, whether that be at Oldham or elsewhere, and as a result has become another real asset to the club.

"It's been a year since I came back in my current role, and in that time due to the hard work of everyone involved in the academy setup we've seen a massive change in the culture and most importantly the mentality of the players, and I'm really looking forward to next season as a result. Our main aim is to see if we can continue to give more players a chance in the professional game.

"Zak has epitomised all of the values we want from our players and has been at the forefront of this with his mentality, attitude and work ethic. At such a young age he is mature beyond his years.

"It's a great lesson to others as he's had an opportunity thanks to the Head Coach for putting him into the team and has taken it at the first time of asking. As a result he was spotted by Brighton and they've kept an eye on him ever since.

"He's a very grounded person and I know Brighton will take really good care of him. They're a club that like to nurture and improve their young players and I fully believe we'll see him in the international youth setups in the not too distant future."

He added: "I'd just like to take this opportunity to thank all the coaches from all the age-groups over the past few years, as there's a lot of people that go about their business quietly behind-the-scenes, but have helped this young man achieve great things in such a short space of time after joining the club at the age of 12 from United.

"Finally, it's a great example to the parents of players as well. Zak's family have been hugely supportive but are realistic in their expectations and understand the commitment and sacrifice it takes without burdening too much pressure on his young shoulders.

"All that is left for me to say is keep working hard Zak, we are all extremely proud of you and are eager to witness your progress at the next level."

Everyone connected with Oldham Athletic would like to echo Paul's comments and thank Zak for his time at the club and wish him the very best of luck in the future.