Head of Coaching, Conor Marlin gives a detailed update on the developments within the Academy setup after three months out, as well as taking a look back at the 2019/20 season for the Youth Team.

Like the rest of the world, the pandemic cut short the campaign for the U18s, but it was a productive season which saw Danny Cadamarteri's side go on a seven-game unbeaten streak. Marlin admits though that there's frustration to it ending early, but drew plenty of positives as well;

"It's been an unfortunate end to the season, but a very productive year and campaign for the academy. We've tried to build on the great work and tradition of a really strong setup that Oldham have had for many years and this year we've managed to evolve it. As a result we're really happy with the progress that has been made under a new management team.

"Last season, we recorded more games than ever before across the Academy squads because of VEO, so the players have been able to watch themselves back which is only going to benefit them and the coaches in the long-term. We bought GPS units for the youth team so now we're able to track and monitor their training loads, so they're working on the same parameters as the first team allowing us to compare running distances and so on." He added.

"This year we also had an extensive loans programme for the second year scholars which included some of the first years who were starting to go out before Covid-19 hit. Getting them out into that men's environment when they're ready is very important to challenge them both on and off the pitch.

"Overall, we found it very beneficial for the club in many regards in terms of maturity and football-wise to challenge them. It's also helped challenge the youth team because it's essentially made us younger, so we've been going into games with basically a U17's team with the first and second years handling themselves well playing some excellent football.

"It's pleasing to see because the whole group are now getting better and better as the season was progressing. It was disappointing that it came to an end like it did of course because we could see signs of improvement. It is testament to the good work in our academy though over the years that seven out of the nine scholars signed next season (2020/21) have come through our system, as a retention rate that is great, especially when the quality is so high as well."

Throughout last season, several Youth Team players managed to make their professional debuts, which had a big impact on the players and coaches within the setup to ensure they continue their hard work when football resumes. 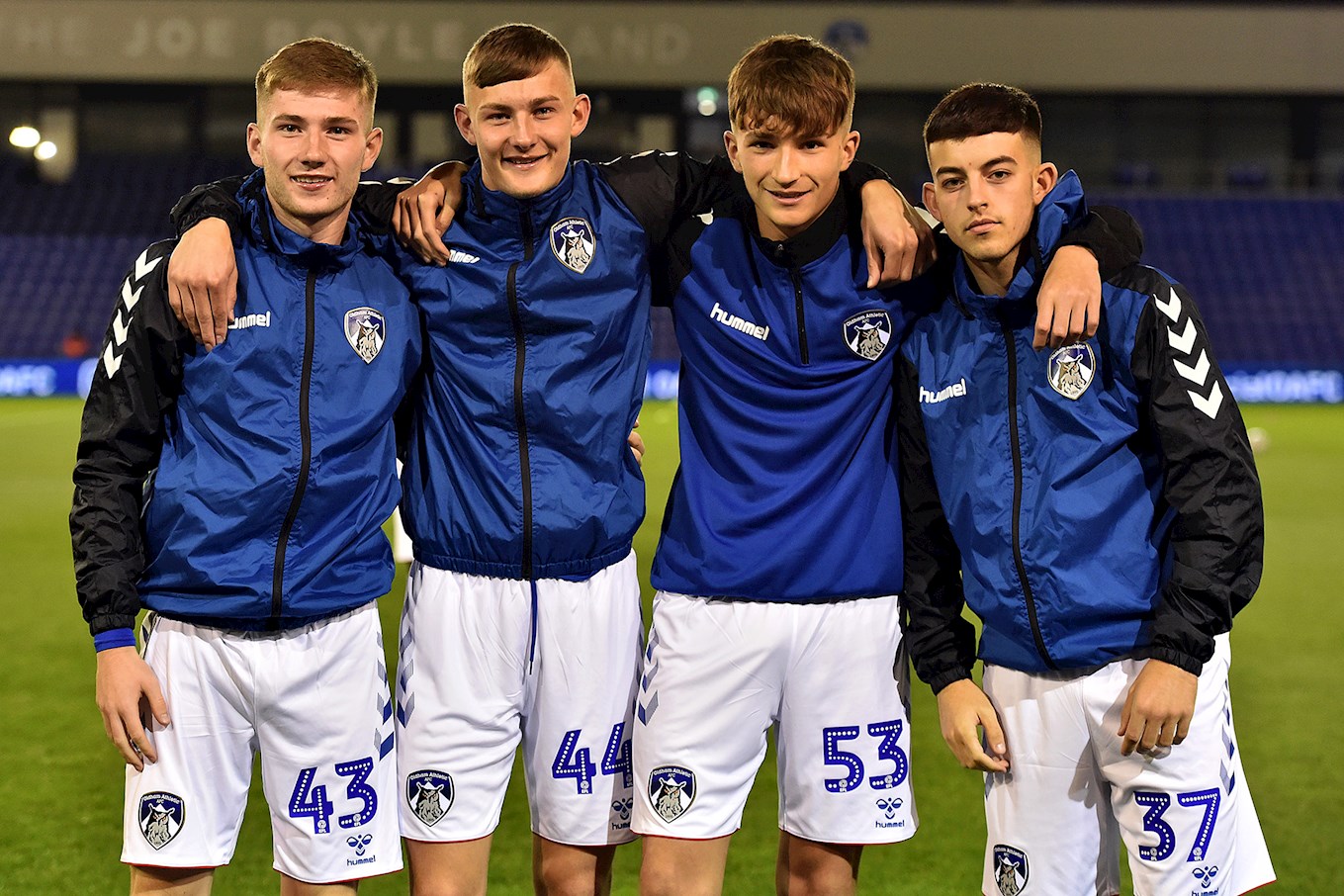 "We've had three debuts this season, which has been great with Lewis (McKinney), Zak (Emmerson) and Reece (Gaskell). Zak became the second-youngest player to play in the Football League which was also fantastic.

"At the end of the day, that's what it's all about, so in fairness to the Head Coach Dino, he threw a few of the lads in before Christmas and gave them an important taste of it.

"We need more of that and hopefully if we can keep improving what we're doing we'll keep producing better players, but ultimately, they've got to get that opportunity because every player in the world needs a chance to showcase their talents in a first-team environment.

"Oldham's always had a good tradition of bringing players through and it's really important that we stick to that principle and try to develop it further because it is the future of the club in the long-term.

"Another positive from the 2019/20 season is we've had an international for Nigeria in Robert Oseh. He went to the World Cup in Brazil as a standby player for the U17's so it was a great honour for the club. Robert had a fantastic experience out there in Brazil representing Nigeria for a significant period of time. We're all very proud of him for that and he's come back motivated to have more experiences like that in the future.”

The club has allowed the department to make productive adjustments over a period of time by adding a host of new staff members as they look to progress to the academy to the next stage, as Marlin explained;

"In terms of the things that we've introduced, we added more staff to the team. David Hankey has joined us as a full-time Foundation Phase Lead, previously that was a part-time role, so we've been given a bigger investment by the club and it's helped in many ways.

"Phil Arbelo-Dolan has joined us as Head of Education and previously that would have been a dual role, but now we've got somebody responsible for it and with a lot of experience in that field, so he's also been a great addition. Harry McNeilly and Matt Wood have joined the Academy Management Team during the season and settled in well, working on the Sports Science and medical side.

"We've also added a sports psychologist in James Barraclough, we were early on in that process but Covid-19 cut that short, but we've definitely done some good work with James and some of the younger players." He added.

"Every year is a bit of a transition in part-time staff and we've had several changes in part-time coaches with a couple of ex-professional footballers joining this year to give something back.

"Leon Mike, who came through at Manchester City joined as U15 coach and Oldham's favourite son Chris Taylor is coaching with the U11's now. A former Oldham scholar, Ged Murphy joined during the season as well. We're hoping to help these three as well as all the other coaches that we have on their coaching pathway and gives us a chane to develop more local players for Oldham. It’s been pleasing the amount of CPD we have delivered this year, both internally and also funding staff professional development by hosting an FA First Aid Level 2 and FA Talent ID level 2."

Not only have the academy brought in more staff, but they’re also implementing a new coaching curriculum which Marlin believes will aid the development of the lads to push them further. 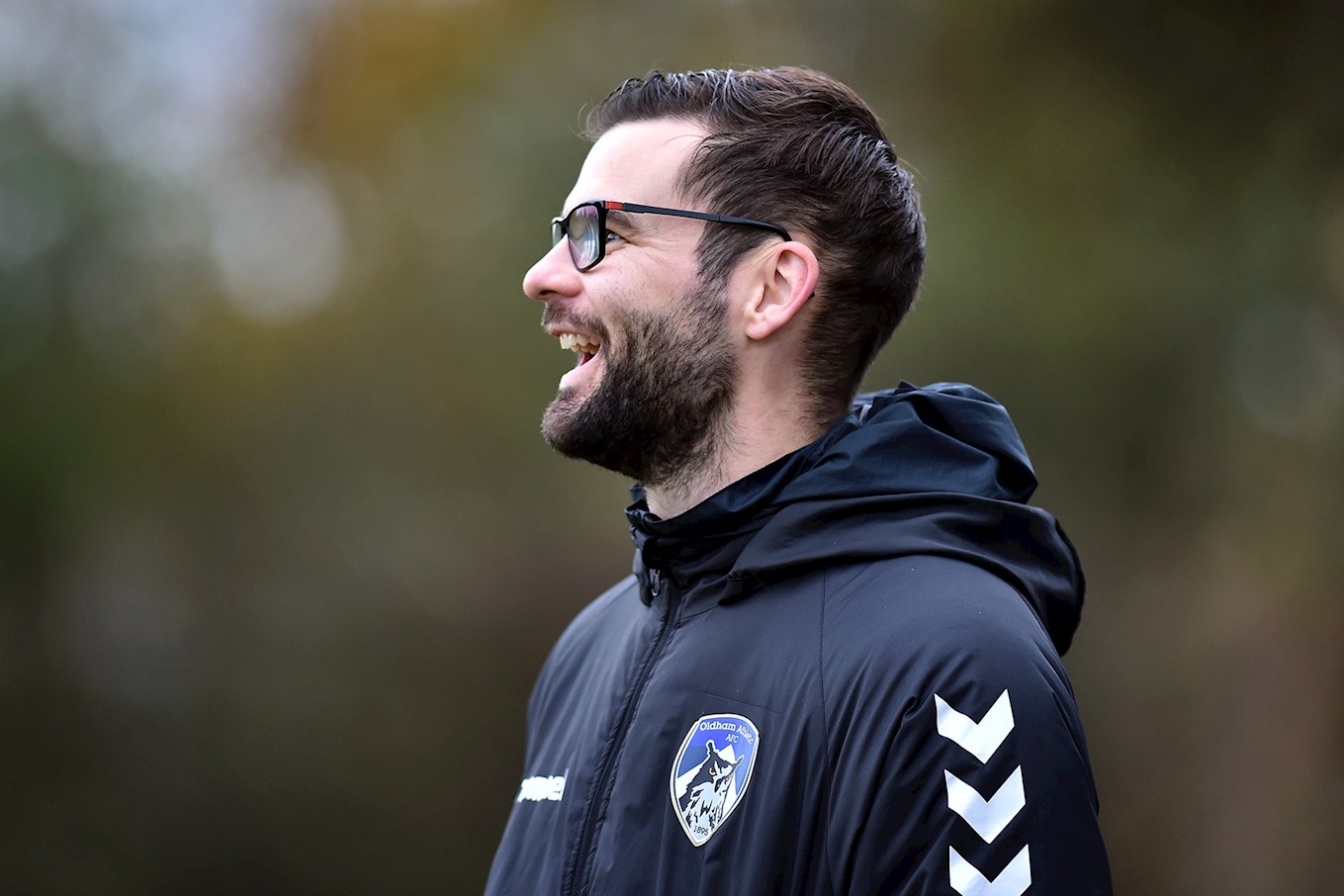 "We've evolved and we've done a lot of different things in terms of supporting the staff and the coaching curriculum.

"We've changed the coaching curriculum significantly and tried to create a certain culture. We have been delivering a lot of workshops through Frank Wolstenholme, having a focus on our values because we're after a certain type of character, so we're doing a lot of work around that.

"We've added in extra strength and conditioning sessions as well as multi-sport for the Foundation Phase, whilst the fundamental movement programme is for the U11's and upwards. Multi-sport we've added in the forms of Boxing through Oldham Boxing Club and they've added in dancing as well at Bates Stage Academy.

"We've also extended our Foundation Phase programme, so having Dave [Hankey - Foundation Phase Lead] in full-time has helped out a lot in that regard. With the U8's running earlier than we've ever had before, we've tried to develop links with local clubs by inviting them in for a Friday night games programme.

"We were going to have an end of season party, but Covid-19 means that we can't although we did have a Christmas party which was great. Trust Oldham sponsored that so it was fantastic to take them Bowling as a nice social element to show football is only a part of our responsibility, the other being educating and nuturing the next generation."

Announced a few days ago, the Academy has now introduced a Development Centre to Oldham Athletic which will help kids below Youth Team level and also widen the network for recruitment from the club. 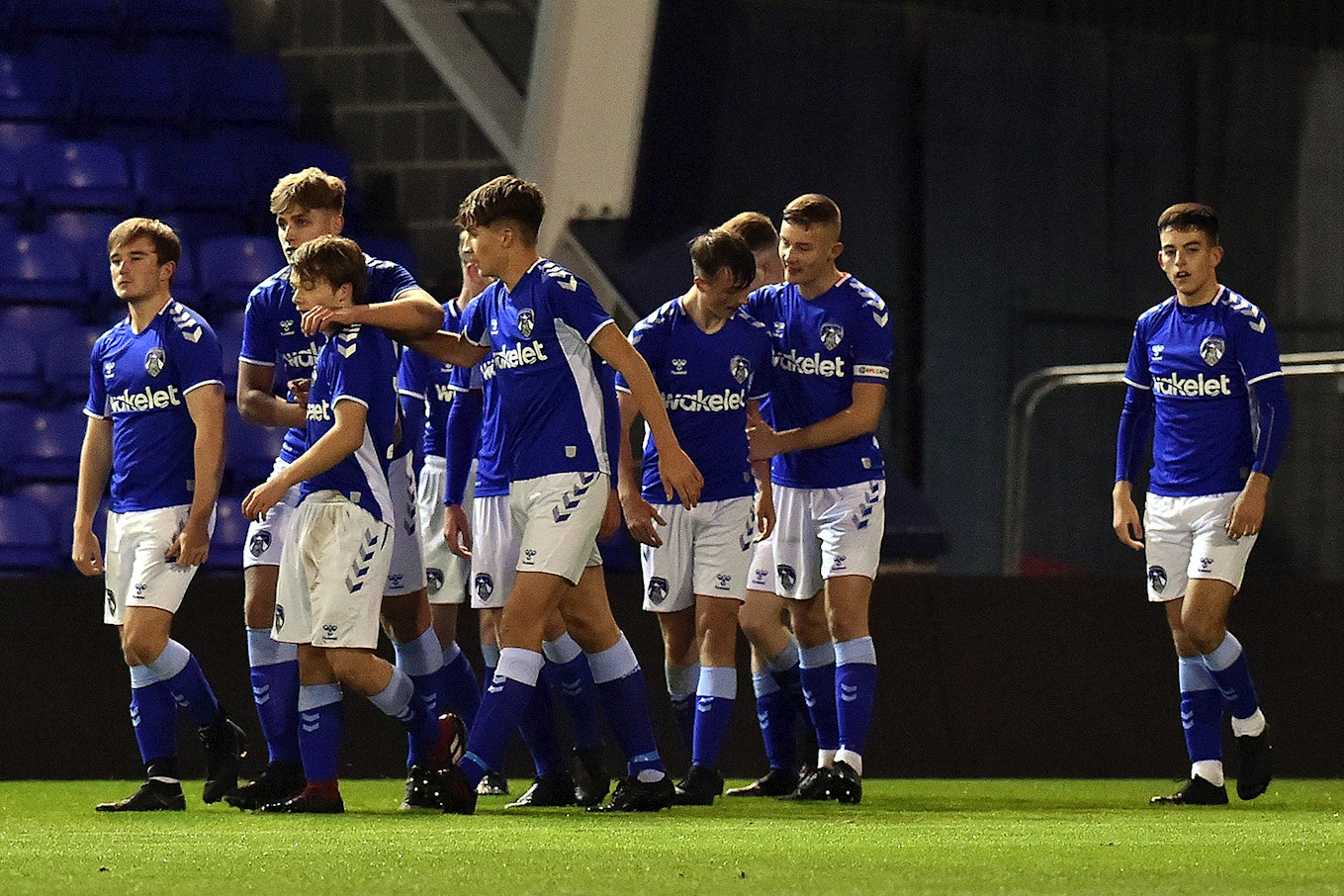 "We're adding a development centre as I believe it will be a good addition for next season, so we'll cater for a level below the academy. Overall, we're delighted with what we've been allowed to implement and we're coming from good grounding of a very successful setup that for a long period of time has produced high-quality players so we want to make sure we can continue that tradition."

There are further changes in place ahead of the 2020/21 season that will help build the character of the youngsters.

"There have also been several other changes in terms of pathway because of Covid-19, so we have a new partnership with Nelson Suburbs in New Zealand, so there's going to be opportunities for the young players go out there to play which will help them both on and off the field and give them a good life experience that wasn't available before.

"Ahead of the next campaign we will be playing our home games again at Mossley after gaining a new link with them. We believe that this is a great little add-on because it will enhance the matchday experience for the U18's instead of playing at the training ground.

"Being at a proper ground gives them a better chance to take in what senior football is like. We're looking forward to continuing to work with Mossley next season, as we played well and won our first game there before lockdown. It's very important to have relationships with local clubs like that in the community as it benefits everyone moving forwards."

Finally, the lockdown restrictions have been difficult for everybody, but the staff have tried hard to put a positive spin on it even without the lads playing any football.

"It's disappointing, but it's one of those situations that you have to deal with but there's certainly been plenty of contact from myself and some of the other staff because we're checking and monitoring their training programmes.

"We're also setting them tasks to challenge them to work as a team, so we've been quite creative using Zoom. The schoolboy programme is on Google classroom and, for example, we've used the youth team to set tasks and homework for the younger players, so there has been plenty of positives from this Covid-19 situation.

"We're challenging them in different ways although they're missing out on competitive football, we have done a lot to try and develop them as young men which will have a big impact on their mental state.

"I'd also just like to take this opportunity to thank all the staff, parents and players for all their efforts, on behalf of the Academy Management Team, for last season and we are really looking forward to the new campaign. Keep staying safe and we will be seeing you soon!"