It is a conventional fact of life that even the tallest and sturdiest of oak trees will have once been a tiny acorn. That acorn, once upon a time, will have seen roots bud from its single seed before a green shoot sprouts from the ground and one day transforms into a towering tree.

In the case of Oldham Athletic, Pine Villa were the acorn to our 125-year-old oak. From the name which lasted for just a four-year spell at the Club’s very beginnings, our roots were bedded and the foundations for growth set.

The year was 1895: the world’s first-ever motor race was held in France; Oscar Wilde’s last play, The Importance of Being Earnest, was first shown; Wilhelm Röntgen discovered a type of radiation which would later become known as X-rays and a football club was born in the Featherstall & Junction Inn.

The town of Oldham itself had become the world’s manufacturing centre for cotton spinning from the mid-19th century and the landscape of the town was littered with brick-built mills which employed over 30% of Oldham’s population at their peak.

These mills, too, would have their role to play in our story. However, it was in the Featherstall & Junction Inn where the licensee John Garland and his son Fred formed Pine Villa with a group of friends due to their love of football. 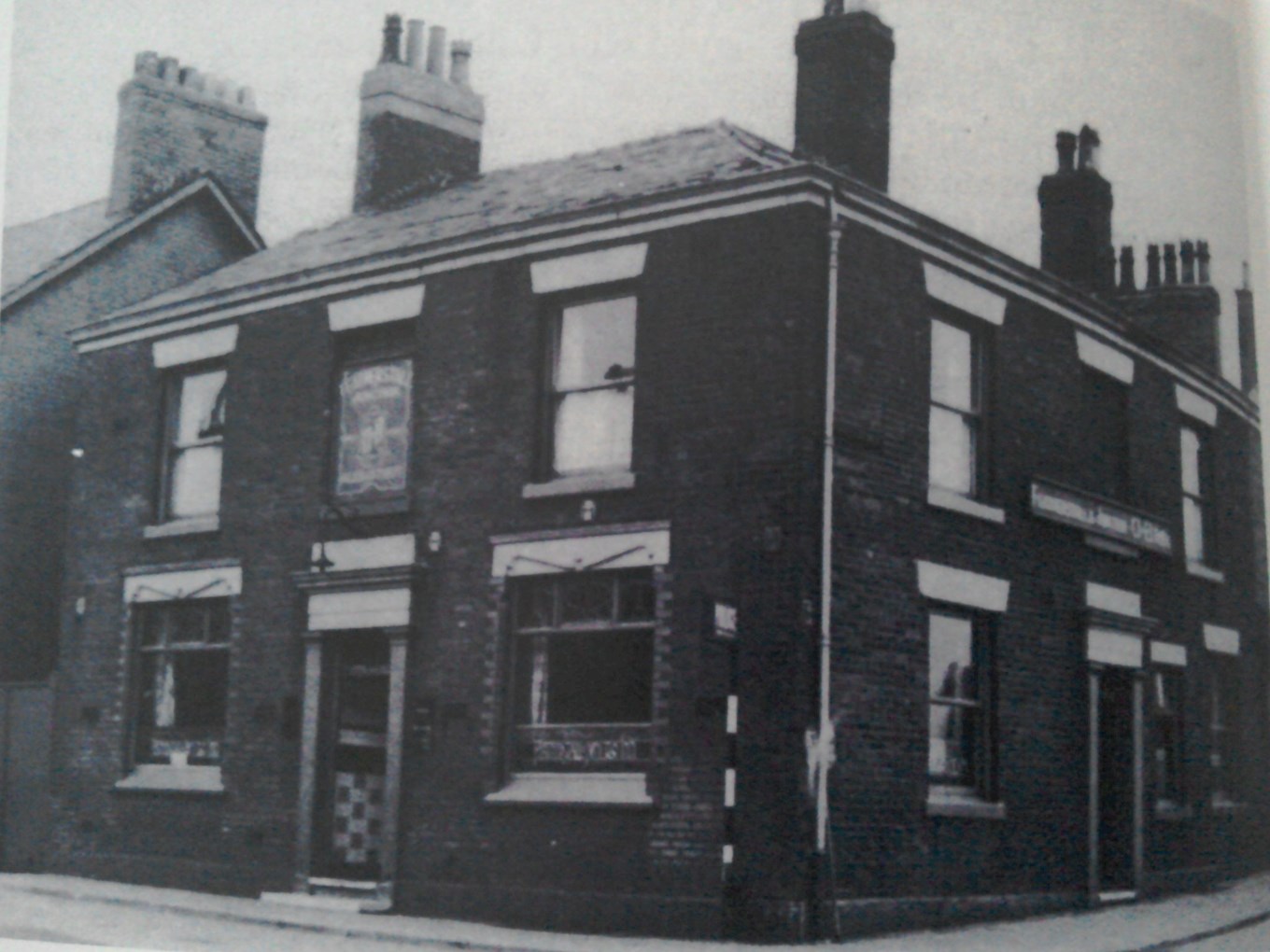 Fittingly all the venues at the time were close by, with the pub where it all started unfortunately demolished in 1971. A major roundabout now stands in its place on Oldham Way, being one of the main routes through the town.

Whilst the Pine Mill was built in 1890 on Sherwood Street, where only five years later the team would officially emerge from there on record. That building was also sadly demolished in 1984. The term Villa is thought to have been adopted at the time due to Aston Villa's dominance in the English game.

Though the precise date of Pine Villa’s formation has been buried by the sands of time, the first time the name appears in print was Monday 18th November 1895. A result from the previous Saturday had been published, a 4-0 victory over Booth Hill Albion.

The original colours of red and white stripes with navy shorts were also born due to inspiration from the rugby club as well as the town's coat of arms, before the change to blue in 1907 with entry into the Football League to which we are still recognised by.

At the beginning of the Club’s journey into association football, Pine Villa were able to seal a ground-share deal with Oldham’s first professional club Oldham County. This was at Hudson Fold, which lay just a stone’s throw away from the aptly named Pine Mill. 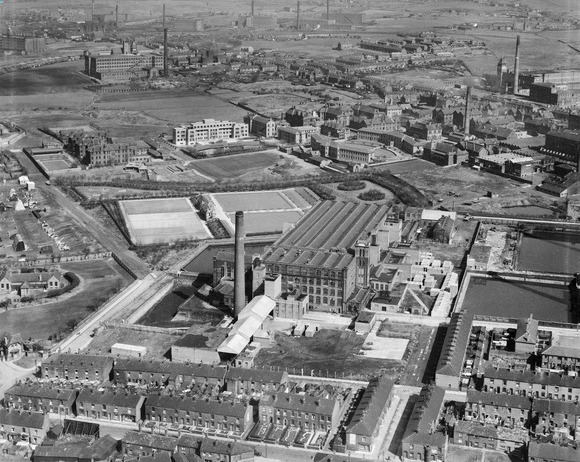 However, this deal would be short-lived as Oldham County began a reserve XI, meaning there would be no free Saturdays to house Pine Villa, and the Club found itself having to move location for the 1895/96 season. That second home would be in Chadderton at Berry’s Field.

This was in the Busk area of Chadderton and it would be where the side played matches for our first and second seasons. For the start of the second term, though, Villa shifted their headquarters from the Black Cow Inn to the Britannia beer house for convenience.

Prior to the commencement of the 1896/97 season, Pine Villa were not the only side on the move as Oldham County had their eyes set on a new ground. Due to problems with the lease at Hudson Fold, a new site had been touted at Tetlow Fold – just off Sheepfoot Lane - ironically on the same date to the eventual ground and name change three years later.

County decided that they would move to this new site and build a ground for the beginning of the season and so 'the Oldham Athletic Grounds’ was born, later to be known as just the Athletic Ground before becoming our spiritual home of Boundary Park.

Back with Pine Villa, the side’s third year of existence would see the Club move into competitive football, as the first two seasons at Hudson Fold and later Berry’s Field had only consisted of friendly fixtures.

The 1897/98 season saw the side join the second division of the Oldham Junior Association and Villa would make an instant impact in the league by enjoying a stellar season. The roots of the acorn had well and truly sprouted. 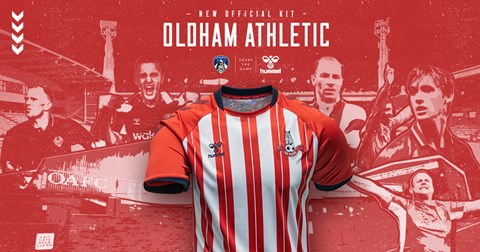 By the end of Pine Villa’s penultimate season, the Club sat top of the league with 24 points; leading a side named Greenacres Lads by a single point.

However, Oldham County had not enjoyed similar successes and despite beginning the 1897/98 season they had crumbled into dust before its mid-point; having gone into voluntary liquidation in November 1897.

County had bitten off more than they could chew and despite playing in the Lancashire Alliance, their liquidation left the Oldham Athletic Grounds on Sheepfoot Lane sitting unoccupied.

While Pine Villa spent around three years calling Berry’s Field home, the Club found itself on the move again for the 1898/99 season but there was one more stop on the route to our current home.

The side’s base moved back to the Black Cow Inn and Villa also upped sticks to a new ground at Shiloh, which was where Elk Mill would later stand and where the Elk Mill Retail Park is now.

Having achieved promotion from the second division of the Oldham Junior Association, the Club’s second year of competitive football under the name Pine Villa was in the first division and more success was to follow.

After a sixteen-match season, Villa sat second in the first division table; trailing only Greenacres Lads having bested them the season before.

Despite the official anniversary being on the 4th July, a couple of weeks later on Tuesday 18th July 1899, though, there would be the final twist in Pine Villa’s tale. During a meeting at the Black Cow Inn, there was to be a discussion over which league the Club would be joining in the upcoming season.

However, in attendance was George Elliot, one of the liquidators of Oldham County. It was his suggestion that Pine Villa should make use of the Athletic Ground which had been vacant since 1897.

The suggestion was met with agreement, so, the terms were soon agreed and Elliot himself was named as Club President. It was also decided that the Oldham Junior Association would be ditched for the Manchester Alliance League

With the change in ground came a change in the Club's name as well as the venue itself to not only represent the town better but be more appealing to football fans across the counties, as the club sat on the Oldham boundary of Royton and Chadderton.

Pine Villa had laid the foundations but when the green shoot emerged at now what we call Boundary Park, it was with the name of Oldham Athletic that was born just four years from its original formation. The rest, as they say, is history.

Under the shadows of the cotton mills in a town of towering red-brick chimneys during the dying embers of the Industrial Revolution, Pine Villa had taken root where others had fallen by the wayside and enjoyed success before the Club changed its name to the one we know, love and support today.

This 125-year-old oak is Oldham Athletic to its core; yet unseen, beneath the surface, the roots are Pine Villa and will always be remembered. 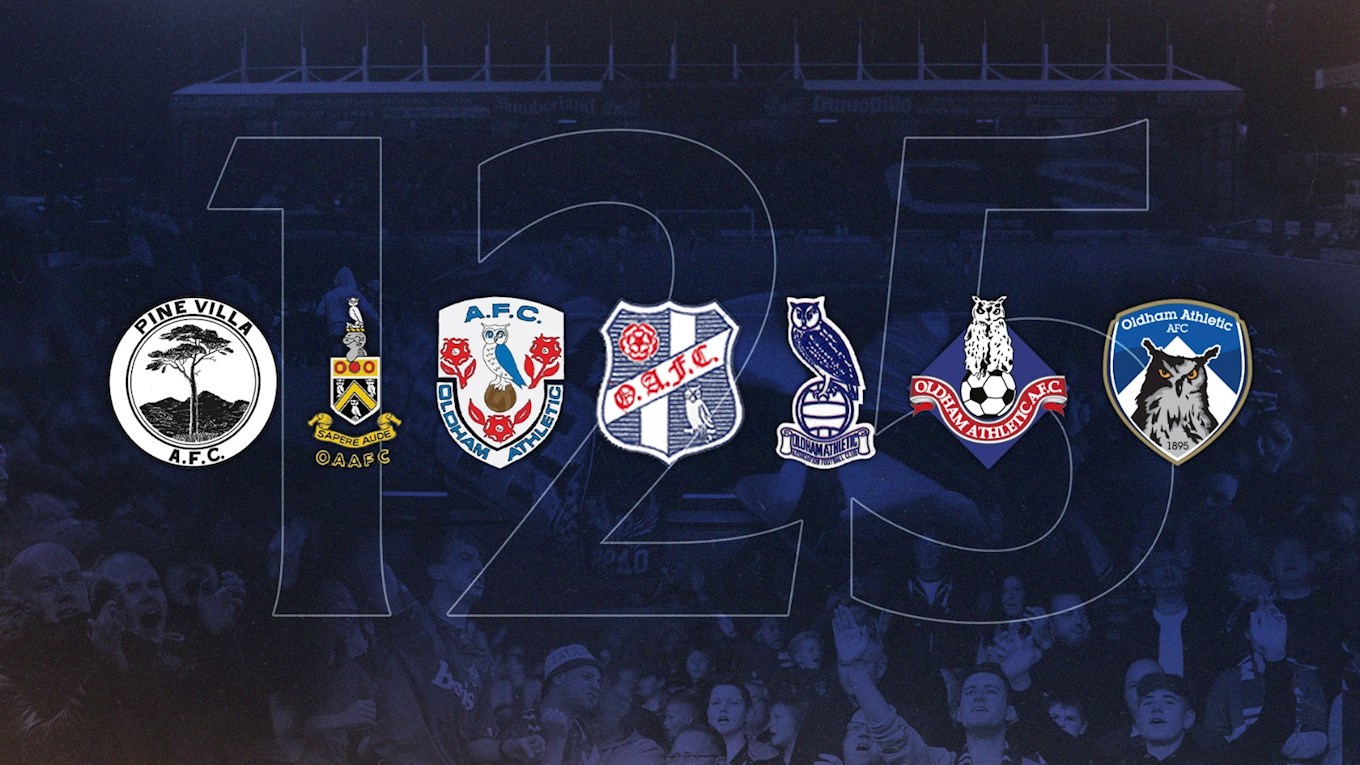