League Two Clubs have voted by an overwhelming majority to formally end the 2019/20 season.

The division had previously indicated their preference for curtailment but following today’s Extraordinary General Meeting, Clubs were required to pass a resolution in accordance with Regulation 9A.

As a result, the final League standings have now been confirmed meaning that Swindon Town have been confirmed as Champions with Crewe Alexandra and Plymouth Argyle securing the second and third automatic promotion places to League One. 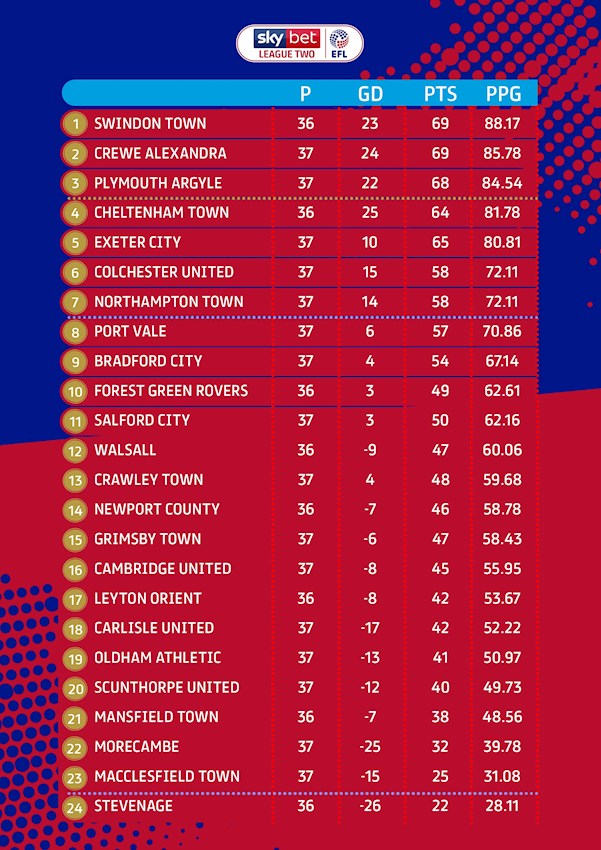 Now official confirmation and clarity has been received by the EFL to curtail the 2019/20 Sky Bet League Two campaign, the club will provide an update by the end of the week in terms of ticket refunds.

Plans are already in place, including the early bird pricing and other options that are available for the five home games that didn't take place at Boundary Park, but all of this will be ratified by the board in the coming days.

In the meantime, Oldham Athletic would like to once again thank you for your patience and support across this season, in particular during this challenging period over the past few months.