Oldham Athletic are delighted to announce that Zak Dearnley has put pen-to-paper on a new deal that will keep him at the club until 2022.

The striker was in red-hot form before the season was cut short, scoring four goals in eight appearances since his return to Boundary Park in the New Year.

Most noticeably, the 21 year-old netted a brace at Leyton Orient and has proved to be a handful for League Two defences, which resulted in a nomination for the PFA Fans Player of the Month for February alongside Jonny Smith after four goals in four appearances.

He was also given the PFA Community Champion award by the Community Trust for his support and ongoing delivery in the local area whilst representing the club.

An option clause in his deal when he came back to Latics meant an agreement could be reached regarding a new contract offer, as he is seen as a valuable component of the squad moving forwards. 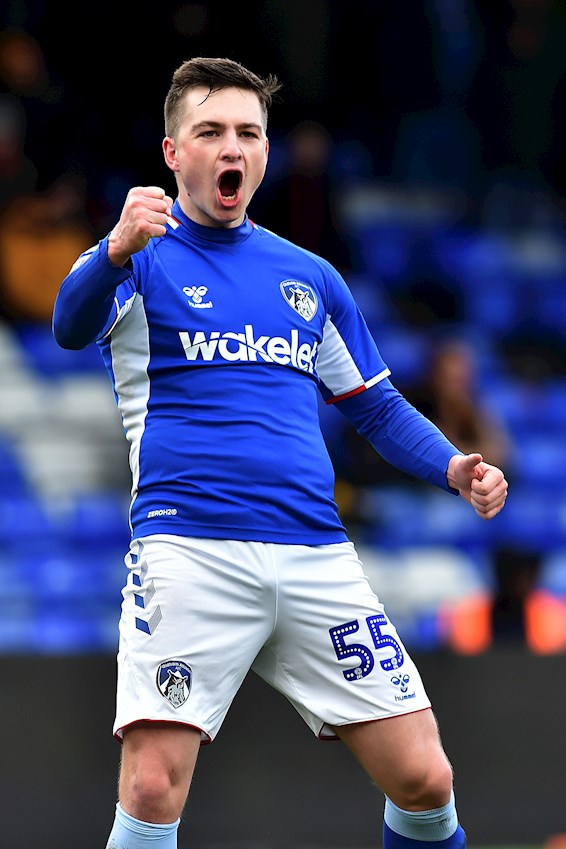 Back in the 2018/19 season, the youngster arrived on loan from Manchester United and on his debut found the back of the net against Crawley Town. He went onto make a further nine appearances in the league before ending the loan spell due to injury.

Dearnley initially progressed from the Red Devils academy and featured numerous times in the U23 squad, whilst making an appearance on the bench on the last day of the campaign against Crystal Palace in 2017.

On the contract extension, Zak said; "I know it's been tough for everyone over the past few months and there's more important things than football, so I hope everyone is staying safe and well.

"It's nice to get my future sorted though and I'm just ready to get back playing when we're allowed to do so and making sure I continue to show everyone what I can do in front of goal."

Whilst, Head Coach Dino Maamria said; "I'm delighted to have Zak agree to a new two-year contract, his profile fits in perfectly with the future team we are trying to build.

"He's still young, ambitious and a determined character with plenty of technical qualities that Oldham supporters can relate with. He's also an important piece of the jigsaw in rebuilding a new team."

Congratulations on the new deal, Zak!