Latics duo, Zak Dearnley and Jonny Smith have been nominated for the PFA Fans' Player of the Month award for February.

The striker and winger go head-to-head in the vote this time against four other Sky Bet League Two Players. 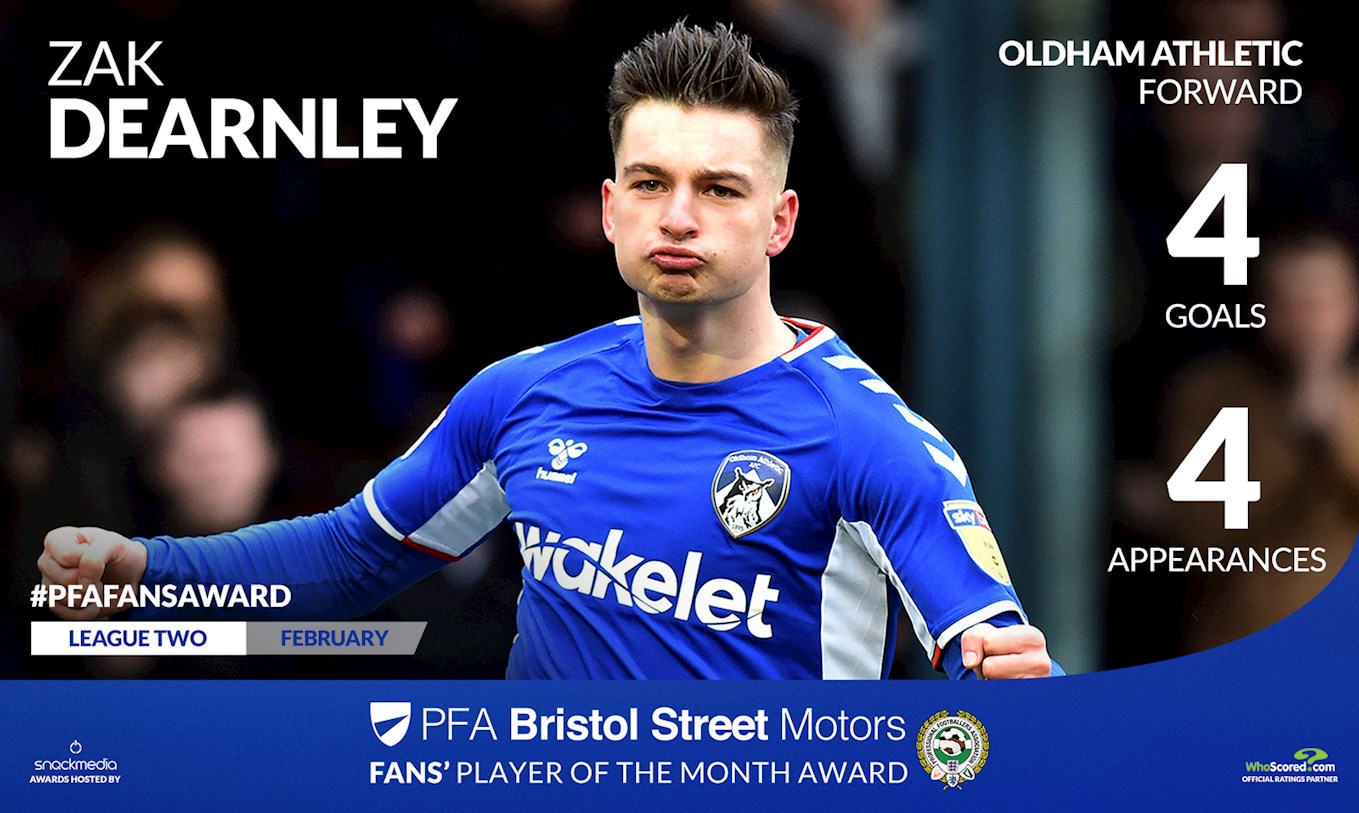 Smith has been nominated for the second successive month whilst Dearnley gets recognition after an impressive few weeks in front of goal. 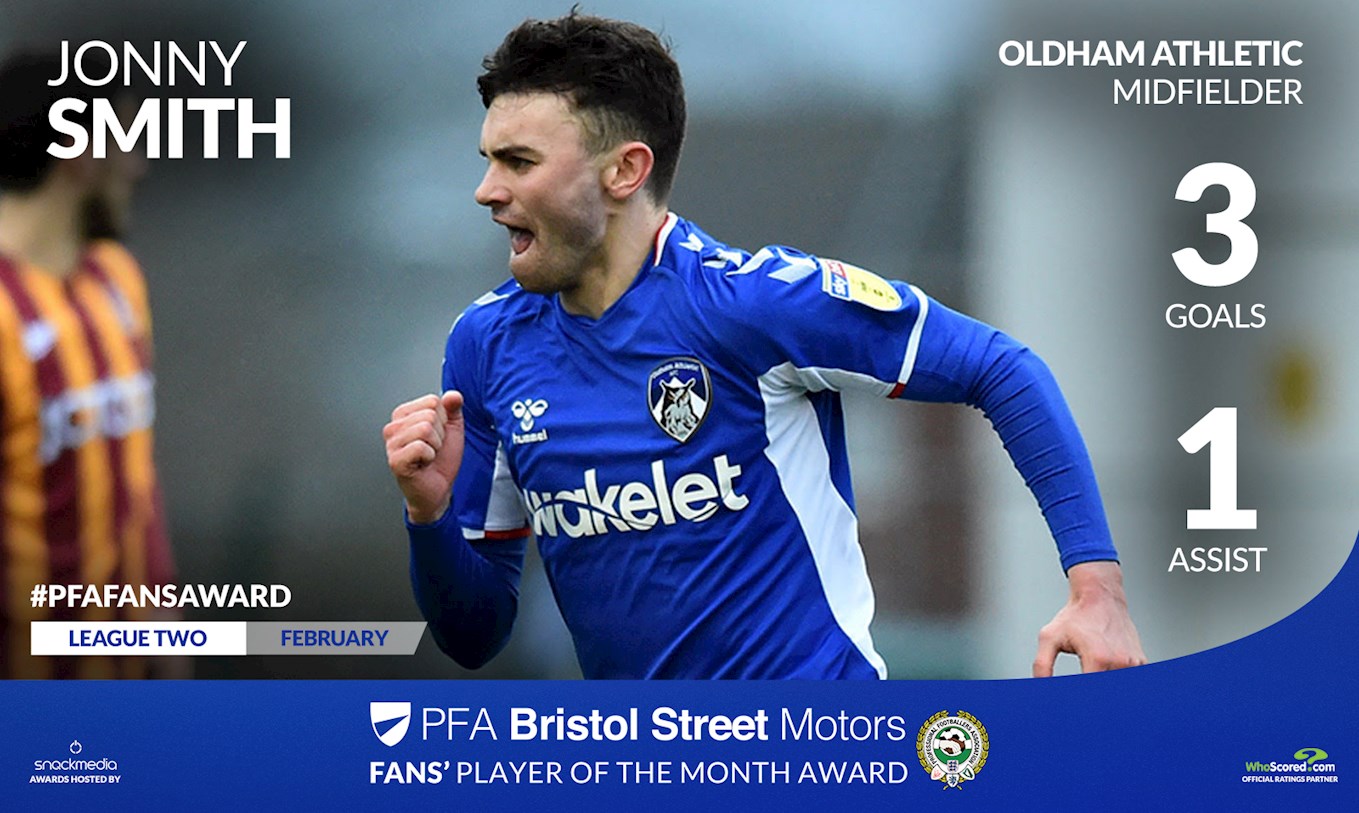 Voting is now open but closes tomorrow (Friday 13 March) at 8am.

Good luck to both Zak and Jonny - it's a tough decision to make!