Throughout the season we have been working through our A-Z of players in the matchday programme. Next up is the magical David Eyres, who had a wand of a left foot and was extremely deadly from set pieces.

David was a latecomer to the professional game, beginning his career at Morecambe and going on to represent both Southport and Rhyl before signing for Blackpool in 1989 for £10,000.

The winger made his debut for the Seasiders on 22nd August 1989 in a 2–2 draw at Burnley in the League Cup. He spent four-years with the Tangerines making 147 appearances and scoring 38 goals.

Eyres then made two appearances at Wembley in the play-off finals for Blackpool and managed to win one of those games to achieve promotion in the 1991/92 campaign.

The 44-year-old finished the season as Blackpool’s top league goalscorer in 1992/93, finding the back of the net sixteen times.

His next move proved to be a controversial one as he joined Blackpool’s close rivals, Preston North End in 1997. The winger went on to make 89 league appearances and found the net 20 times.

And then in 2000, Eyres arrived at Boundary Park and became a fans favourite amongst Latics supporters, like he had done before at his previous clubs. Overall, he made over 180 league appearances, chipping in with his fair share of goals over a six-year period which included some spectacular efforts. 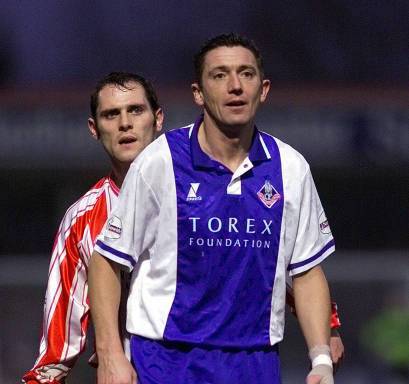 The experienced winger was also voted Oldham fans' player of the season for the 2001/02 campaign.

But it would be the next season when he really shone, recording 16 goals in all competitions in 49 games from midfield. 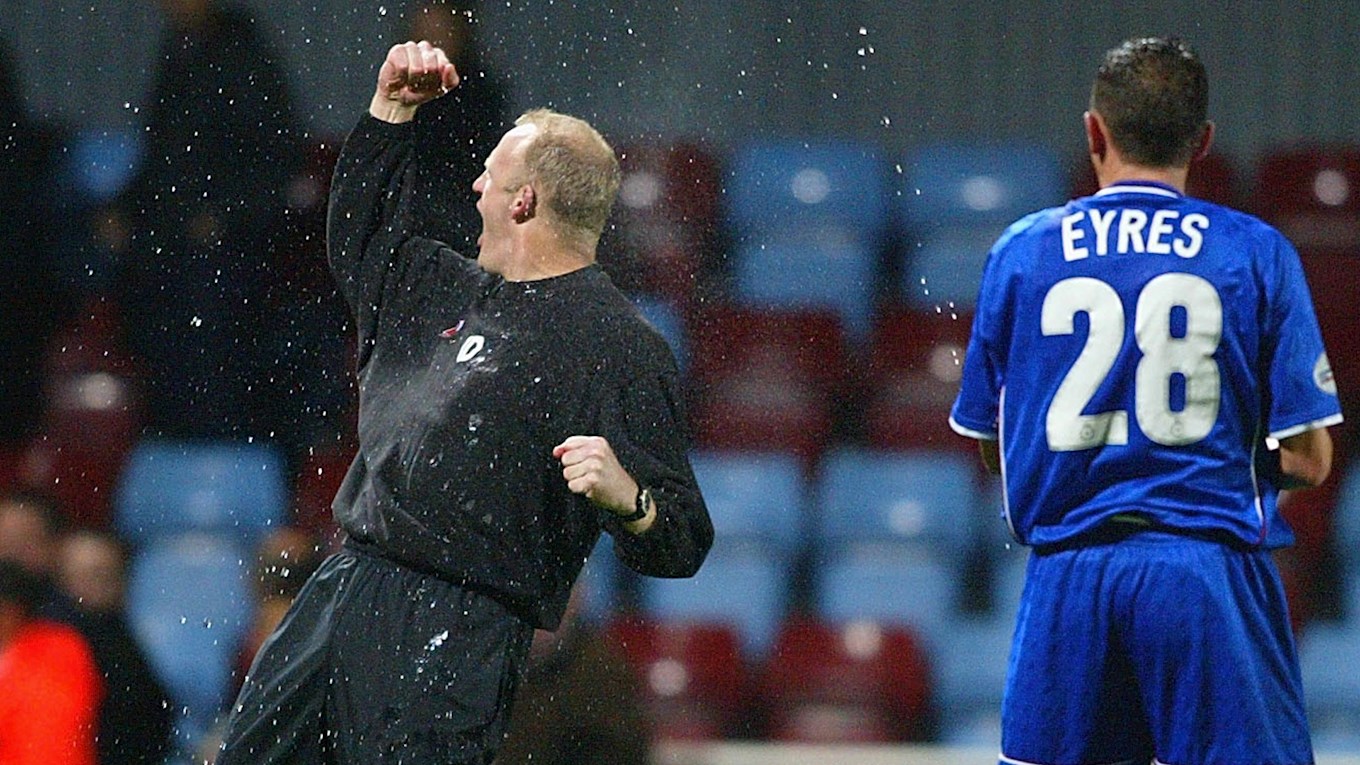 A year later during 2003/04, the well-known pair of Eyres and teammate John Sheridan would take joint caretaker-manager roles after Iain Dowie's departure as manager of Latics.

His time with Oldham came to an end in 2006, where he would join non-league Hyde United but departed the club by mutual consent just two months later.

Eyres then put pen-to-paper on a deal with another local side Mossley, making 27 appearances and netting five times and then finally moved to Hednesford Town, but made only three appearances before hanging his boots up and becoming a match summariser for BBC Radio Lancashire.