Oldham Athletic is saddened to share the news of the passing of its former winger, Peter Phoenix at the age of 83 last month after his battle with dementia.

Peter will be remembered fondly by the Latics faithful for his huge contribution to the club during his five years at Boundary Park, between 1957 and 1962 of which he described personally as his happiest days in football.

Joining from Tamworth at 21, the lightening quick left winger, who had a fierce shot and was noticed for his high work rate, made his Football League debut in February '58 at Latics after being scouted.

Playing with other greats like Frizzell, Johnstone and Lister towards the end of his tenure, he became a regular starter and the club's top scorer in the 1958/59 season with 14. His total for the club stands at 178 appearances and 31 goals, including a number of assists due to his sublime crossing. He was also a prominent figure in the FA Cup run of 1962 when the club eventually lost 2-1 at home to Liverpool in front of 42,000 crowd, something he would later repeat with Stockport.

His time came to an end at Oldham shortly after that when manager Jack Rowley allowed him to join local rivals Rochdale in October '62 during Latics' promotion season as part of a swap deal for the late Colin Whitaker. 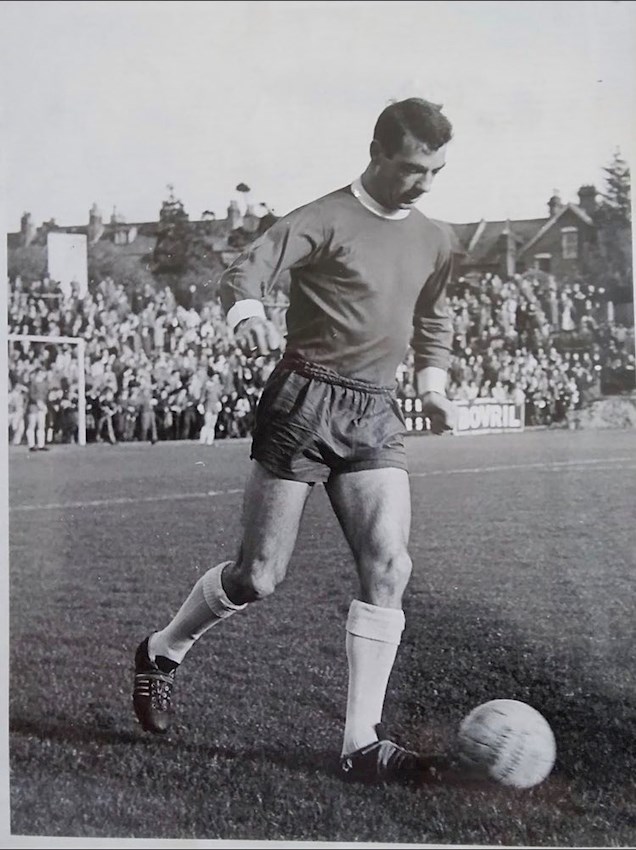 His individual talent as a player is best summed up from an Oldham supporter online: "My best memory was at an FA Cup match at Stoke when they were in the First Division and we were in the Fourth.

"We were getting beat 3-0 and according to a man in front of me it was all Phoenix's fault. Late in the match he won the ball in his own penalty area, made his way past five Stoke players, played a wall pass and thumped it into the top corner. Complete silence from the complainer."

The Urmston born player, who was the younger brother to Ronnie from City and Rochdale, would later go on to represent a host of other clubs including Exeter, Southport, Stockport and Witton, playing beyond his 50th birthday in the local leagues due to his huge love for the game.

Our heartfelt condolences go out to the whole Phoenix family and in particular his son, Mark who is a big supporter of the Jeff Astle Foundation, something that Peter was extremely proud of.