Throughout the season we have been working through our A-Z of players in the matchday programme. The final player to be mentioned is a striker who enjoyed a loan move at Boundary Park.

Calvin Zola linked up with the club during the 2003/04 season as Iain Dowie secured his loan signature from Newcastle United.

Whilst at Latics, the frontman featured 28 times for the club and found the back of the net eight times. 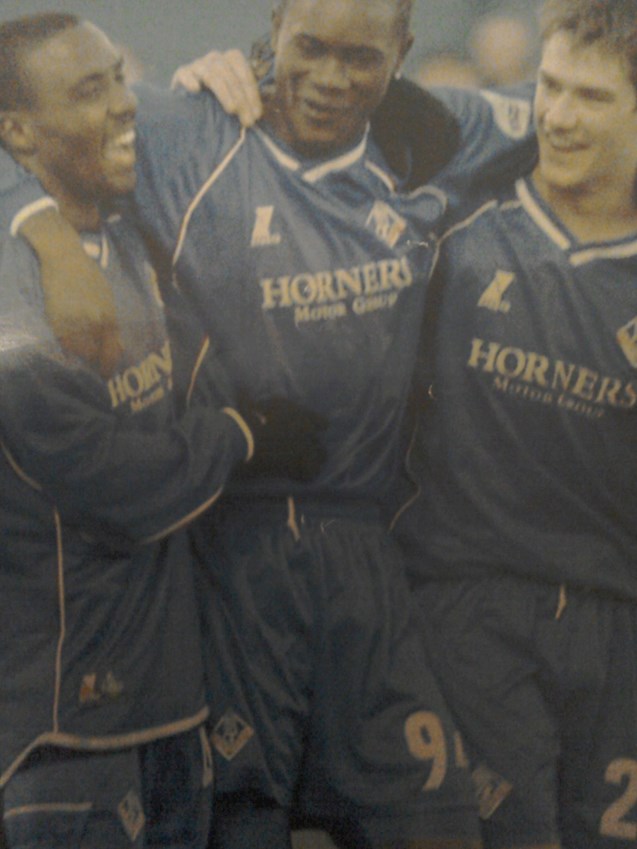 (Calvin Zola pictured, in the middle, with Jermaine Johnson and Danny Hall).

At 6'3", the forward came through the youth ranks at the Magpies; however, he didn’t make a first-team appearance before moving to Tranmere Rovers permanently in 2004 after his loan spell at Latics. Zola spent four-years in Birkenhead and managed to make 108 appearances, scoring 18 times and in the process establishing himself as a regular in the starting XI.

In June 2008, Crewe Alexandra signed Zola for £200,000. The centre-forward caught the eye for the Alex during the 2009/10 campaign as he scored 18 goals in 37 appearances and the following season Burton Albion took him on loan before making the deal permanent.

Zola spent three-years with the Brewers before heading up to Scotland to put pen-to-paper on a deal with Aberdeen. In September 2013, he had his first goal for the Dons as he netted in a 3-0 win over Partick Thistle. Although, after just 23 appearances and three goals, Zola was released. 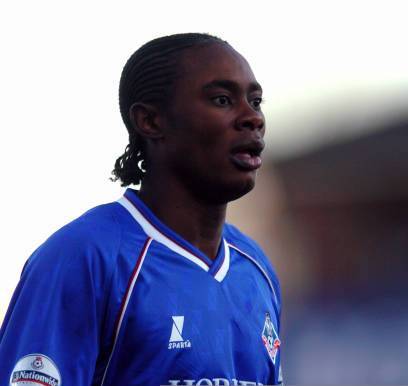 He returned to England and signed a deal with Stevenage in June 2014, but only made six league appearances and failed to find the back of the net before he decided to retire from the game in 2015.

Now 35-years-old, it is unclear what happened next to the Congo born player who made just short of 300 league appearances in his professional career.