On this week's episode of 'A Trip Down Sheepfoot Lane', Roy Butterworth will be joined by Iain Dowie, Paul Murray and Martin Ogden.

Iain Dowie originally became the assistant manager of the club in 2002 but entered the hot seat shortly after his arrival. Dowie led Latics into the Second Division play-offs in the 2002/03 season with a squad that included David Eyres, John Sheridan, Fitz Hall and Les Pogliacomi. The 55-year-old had an 18-year playing career and represented Northern Ireland 59 times.

Current Academy Manager, Paul Murray, became a fans’ favourite at Boundary Park after he spent three-and-a-half years as a player with Latics, making 105 appearances and scoring 15 goals for the club. Murray also spent time as the first-team coach under Lee Johnson's reign. 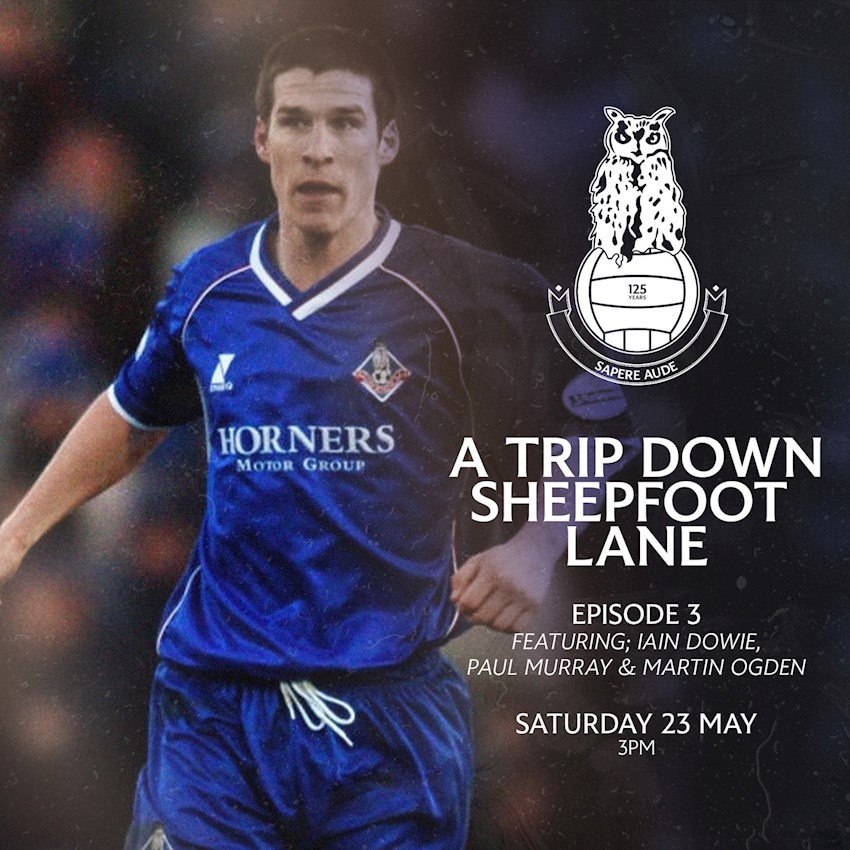 Whilst, Martin Ogden served the club for 23 years behind the scenes, he was part of the Joe Royle era looking after the changing room as well being the kit man under Iain Dowie.

If you want to ask Iain, Paul or Martin something, please email it to natalie.atkinson@oldhamathletic.co.uk. The deadline to submit your questions is Wednesday 20 May at 12:30pm.

This will be available to watch on the club's YouTube channel (OfficialOAFC) on Saturday at 3pm.