The U18s kept up an impressive week with a 2-0 win over Lincoln City in their opening group game of the EFL Youth Alliance Cup on Saturday.

After grabbing a confidence boosting 6-0 victory in the FA Youth Cup earlier last week, the youth team built on the performance and it looks like they’ve turned a corner after a tough opening few months results-wise.

On the latest result, Head of Coaching Conor Marlin was left extremely pleased with the way the players applied themselves.

“It was our first game in the group stage and it was really important to get a win because they've already beaten Scunthorpe in our group and it’s only three teams in it as well, so it put us in a real strong position to qualify.

“Now we just need to avoid defeat against Scunthorpe in a few weeks, but in terms of the game we were very proud of their efforts.

He added: “In the first-half it was a real battle with the conditions that were horrendous making it hard to play the football we want in the wind and the rain. We had a couple of difficulties getting to the game as well which didn’t help preparation but we managed to reset at halftime and in the second-half we were very impressive and played forward extremely well.

“They did have their chances as well, but we scored two goals late on to claim the all-important win and it was thoroughly deserved.” 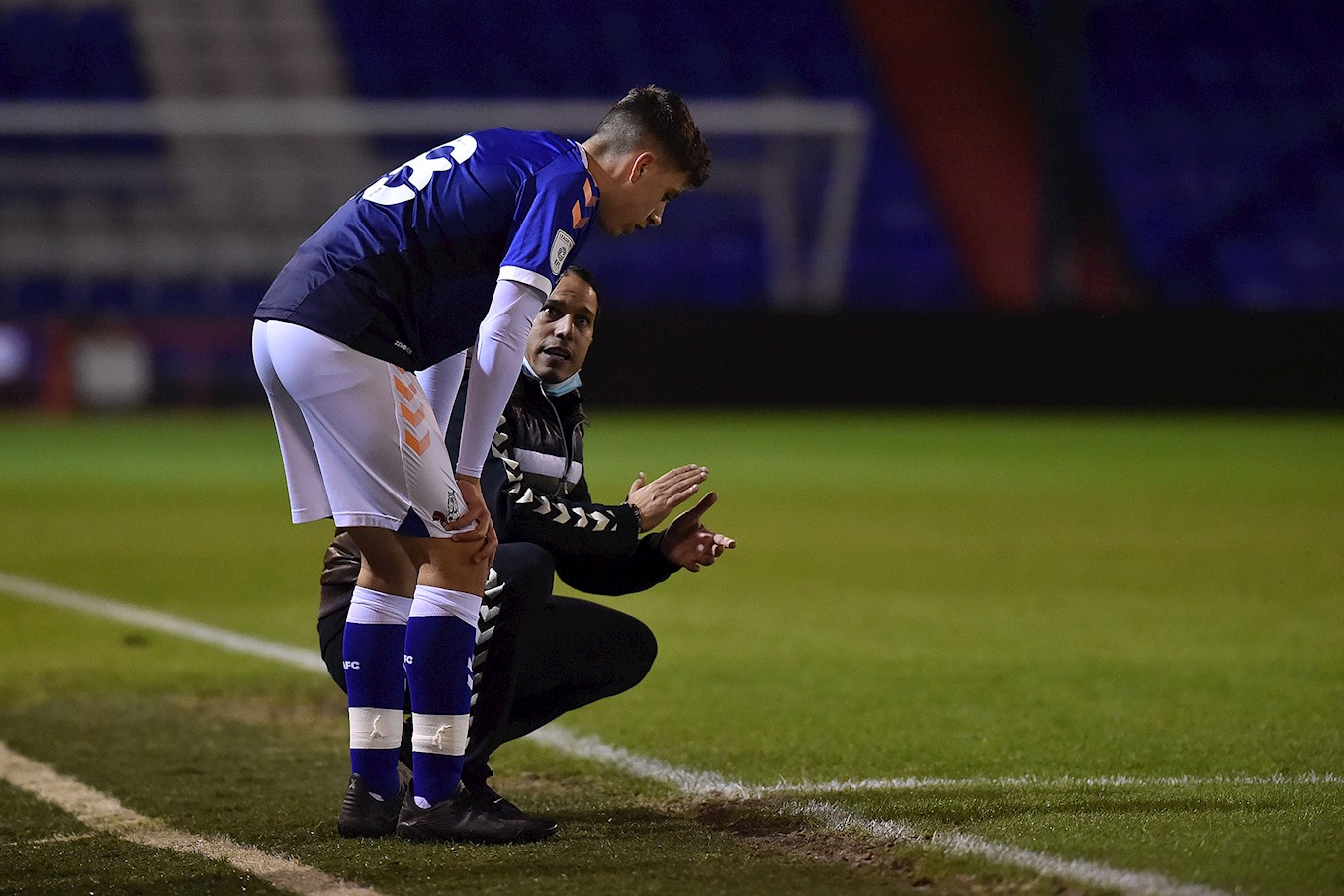 Amongst the goals were two first year’s in Harry Vaughan and Joe Edwards and are two players that have shown great promise so early on in the scholarships.

“Harry Vaughan got the first one, with about 10 minutes to go. It was a break away down the right hand side with Joe Edwards making a great run to open up a spare yard space to allow Harry to shoot and he stuck in the top corner.

“They boys loved it. We all went a bit mad at the time, celebrating, which was great to see for their confidence as well as the hard work they’ve put in recently.

“And then the second goal was a brilliant team play down the left hand side and was more of a counter attack, but Junior [Luamba] did really well to get along the byline, squared it to Jim Simms who give it onto Joe and finished well on his weaker side, so he's got two in two on his left foot in the week, even though he's predominantly right footed. So overall it was a really pleasing performance.

Despite two positive results in the space of a week, the back-to-back wins couldn’t have come after a difficult start to the season and the academy coaches are now pleased to see the young talent is starting to show in terms of performances on the pitch.

“When Selim [Benachour] first came in we told him not to panic because we knew we would start to pick up results sooner rather than later, we just needed the right rub of the green as we were missing too many chances and getting caught too easy after our own silly mistakes that we were getting punished for.

“On the other side of it we've built a really good group and expect them to go on and have a good season now.”

The Lincoln result also had an added edge to it as both teams may come up against each other again in the Second Round of the FA Youth Cup, so Marlin was pleased to get a psychological boost ahead of any potential rematch.

“If we do play them again soon it’ll be another tough game as they're well organised and have a big physical side that will win more than they lose.

“It won’t be easy and they’ll obviously want to put things right, but it was nice to get a victory over them as it’ll help the lads motivation ahead of then, as they’re probably one of the other favourites to go through to the next round, so I would like to think it’ll also help being on home soil playing on the pitch at Boundary Park that suits our style of play.”

Another positive to the recent upturn in results and performances is the inclusion of second year scholars who are returning to play regular games after experiences with the first team.

“It’s been a difficult pre-season for a number of reasons and the start to the season we had because basically we didn't have some of the scholars. It’s great in one way but then on the other hand the first years and the younger players were thrown straight in which can help or harm their short-term development because you end up playing under 16 and 17s against U18 teams.

“Development football is getting stronger and more physical too and we also played some open age semi-professional and non-league sides in pre-season, so it was expected but now we do have most of our second years back.

“Fairplay to the Head Coach as it was a great experience for them but now they can settle down and focus on playing regularly, getting their minutes in and impressing this way to gain a professional deal hopefully. We've scored plenty of goals, it's 14 in the last three games which included a friendly, so it's been a very good run of games and long may it continue. We’ll be working hard behind the scenes to make sure it can anyway.”