A first-half penalty was all that separated the sides in the EFL Youth Alliance game at Poolfoot Farm.

Despite the league table standings it was a fairly even contest and one where the young Latics players did themselves proud despite not finding the back of the net.

Starting brightly it was the hosts who had the first real chance of the game though, missing a header from a yard out with the effort going over the bar after being put back across goal.

With both sides exchanging blows it was on the half-hour mark where Fleetwood took the lead.

Edwards the one giving a penalty away right on the edge after the team failed to clear their defensive line trying to play out from the back.

Moments from the interval the Latics defence were called into action again with two clearances off the line.

In the second-half it was all about the fight to look for that all-important equaliser, the best chance coming in the 54th minute as the ball fell to Da Silva in the area following a deflection.

The shot was saved well and pushed around past the post after a good drive forward from Couto to create the opportunity.

As changes were made by either side, Chapman made a great instinctive save on the hour mark from close range to prevent a second for Fleetwood. The chance coming through Hemmingsen after a lapse in concentration gifted the ball to their attacker in the area.

A few minutes later and Baker who had moved from the centre of defence to midfield was nearly credited for a wonder strike against his knowledge after what was a cross struck the crossbar from distance.

With the contest coming to an end substitute striker Simms glanced his header wide of the post with time in the opponent's penalty area before a corner in stoppage time saw goalkeeper Chapman come up but unfortunately nothing came to fruition. 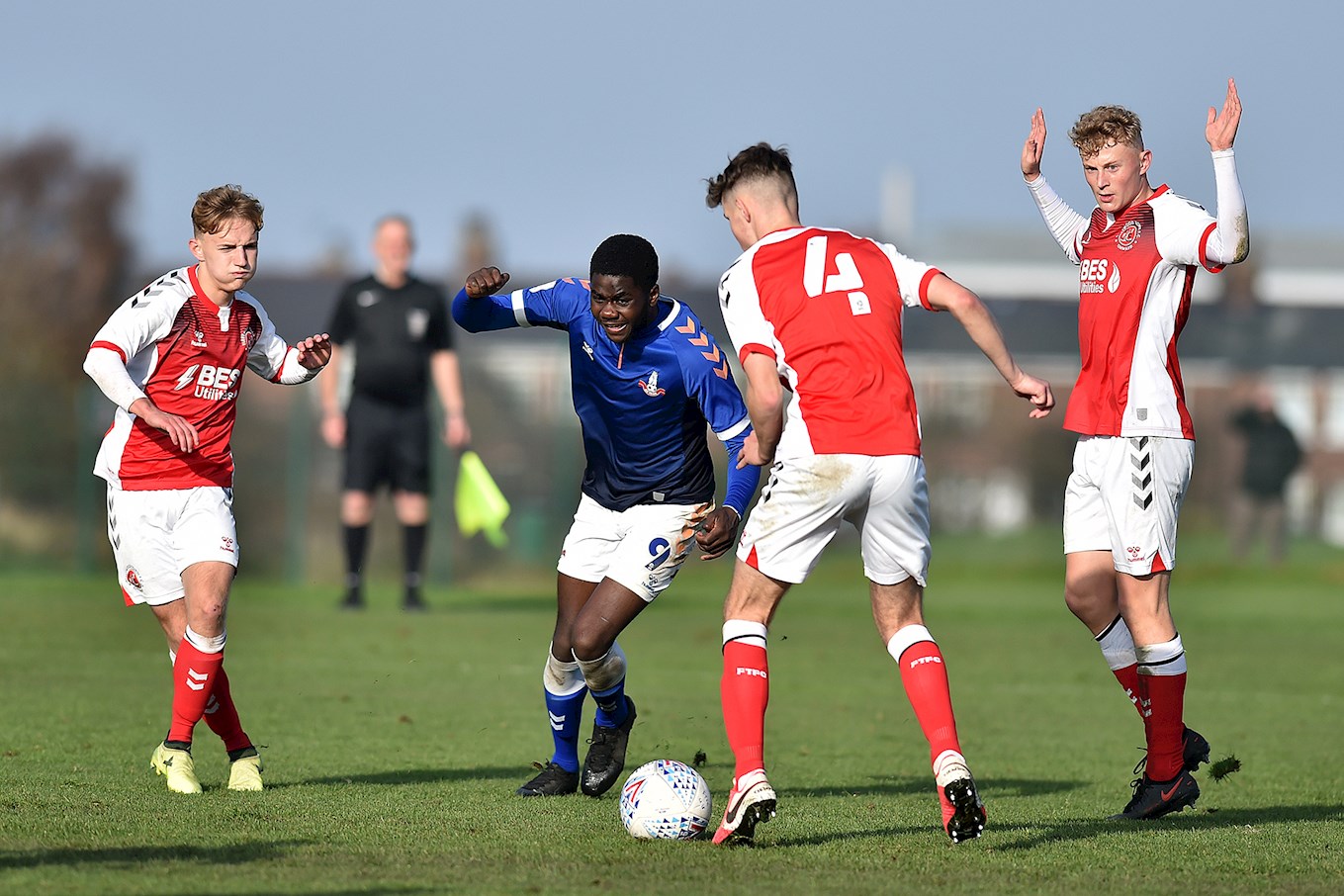 “I had to make some changes before the game due to player discipline after we agreed this approach as a group, so two sat on the bench to start with meaning we had to change our approach slightly because of it.

“Overall we played pretty well, it was good we tried to press in all areas, tried to play possession based football against a very tough opponent, they are first for a reason, and we knew it was not going to be easy.”

He continued: “We conceded through a mistake, it was a penalty and it happens, that’s life. We want our players to play good technical football and to do this sometimes you make mistakes but you learn it from the hard way.

“The main thing is they improve day-by-day and get better at it which will have a bigger outcome in the long-term.

“We’ll assess this performance as a group through the analysis clips and we’ll continue to play football the right way, out from the back and attacking with purpose.

“I can see the improvements already in such a short space of time and if we keep working hard on the training pitch I am confident the results in the league will come.

“We don’t have too much time to dwell on this though and feel sorry for ourselves. We need to remain upbeat as we have important cup games to come soon.”