Oldham Athletic welcome Scunthorpe United to Boundary Park tomorrow as the club looks for its fourth win in a row.

Wins against Cheltenham Town, Hampton and Richmond Borough and Bradford City in the space of a week have seen Harry Kewell’s men claim a valuable three points in Sky Bet League Two, secure progression in the Emirates FA Cup and maintain their 100% record in the Papa John’s Trophy.

Scunthorpe are currently enduring a rotten run of form in all competitions and are currently on an eight-match losing streak stretching back to late September.

Their recent troubles leave them 23rd in the table with four points from eight games. They are seven points worse off than Oldham but have played three games less due to a lengthy postponement in their schedule due to Covid-19 restrictions where the team had to self-isolate.

They were unable to overcome non-league opposition in Solihull Moors in the opening round of the Emirates FA Cup and losses to Lincoln, Manchester City Under 21s and Mansfield have seen them drop out of the Papa John’s trophy at the group stage too.

Latics have won 16 of the 53 previous meetings, Scunthorpe have won 19 and 18 have been draws. 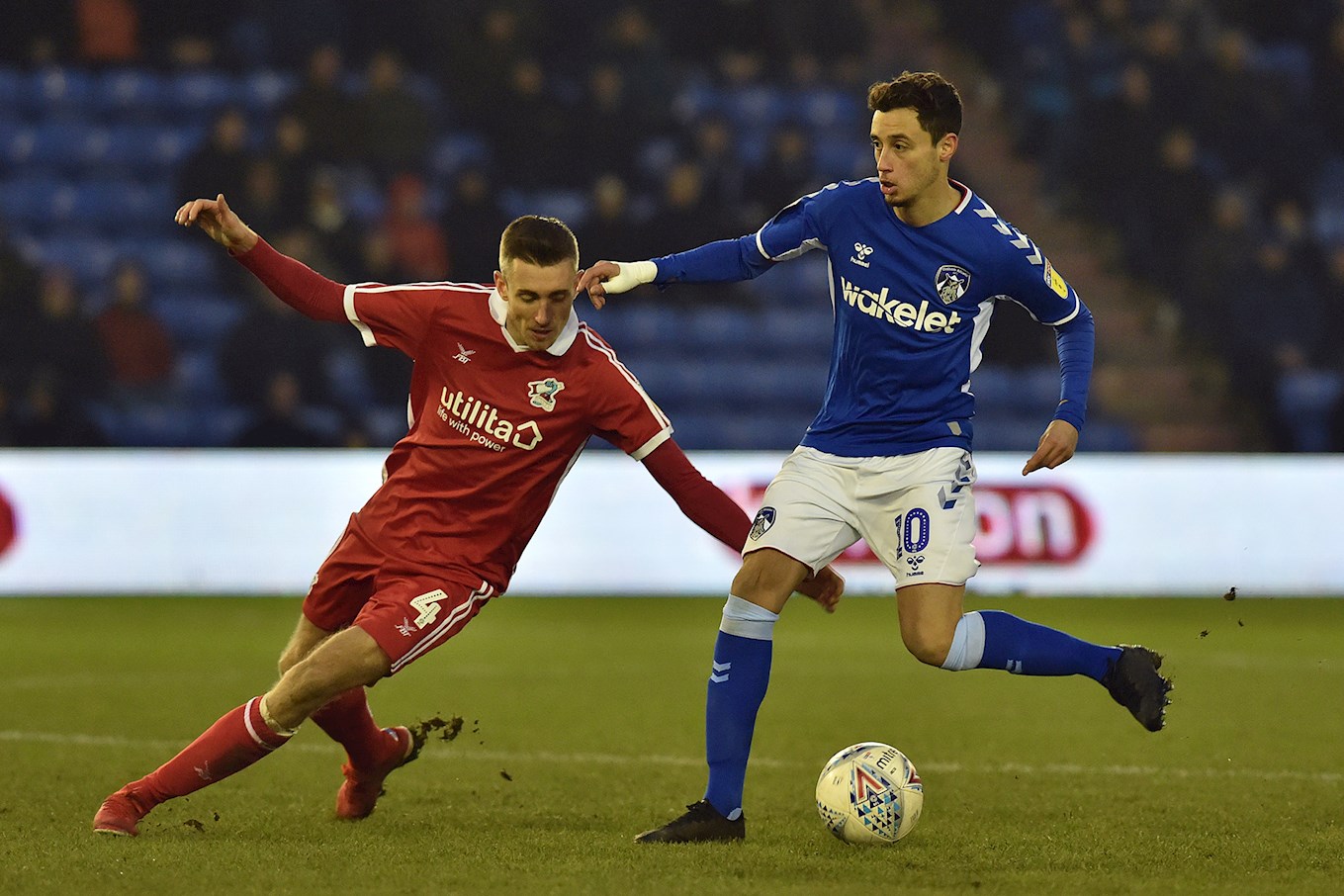 The sides last met on New Year’s Day with goals from Abo Eisa and Matty Lund giving Scunthorpe a 2-0 win at Boundary Park.

The last time Oldham got the better of the Iron was in March 2018. Second-half goals from Patrick McEleney and Eoin Doyle saw Latics seal a 2-0 victory on the road.

In terms of players for selection, Harry Kewell has a near fully fit squad with the only new exception being Alfie McCalmont who is now on international duty again with Northern Ireland U21.

Carl Piergianni has completed his self-isolation period whilst it is still too soon for an update on the availability of strikers Zak Dearnley and Conor McAleny who are both working hard to gain full fitness.

Andrea Badan remains on the treatment table for some time due to his hamstring injury.

The Iron have been without Kevin Van Veen through injury in the league this season, but the forward marked his return to the side with a goal in the Emirates FA Cup tie against Solihull Moors. 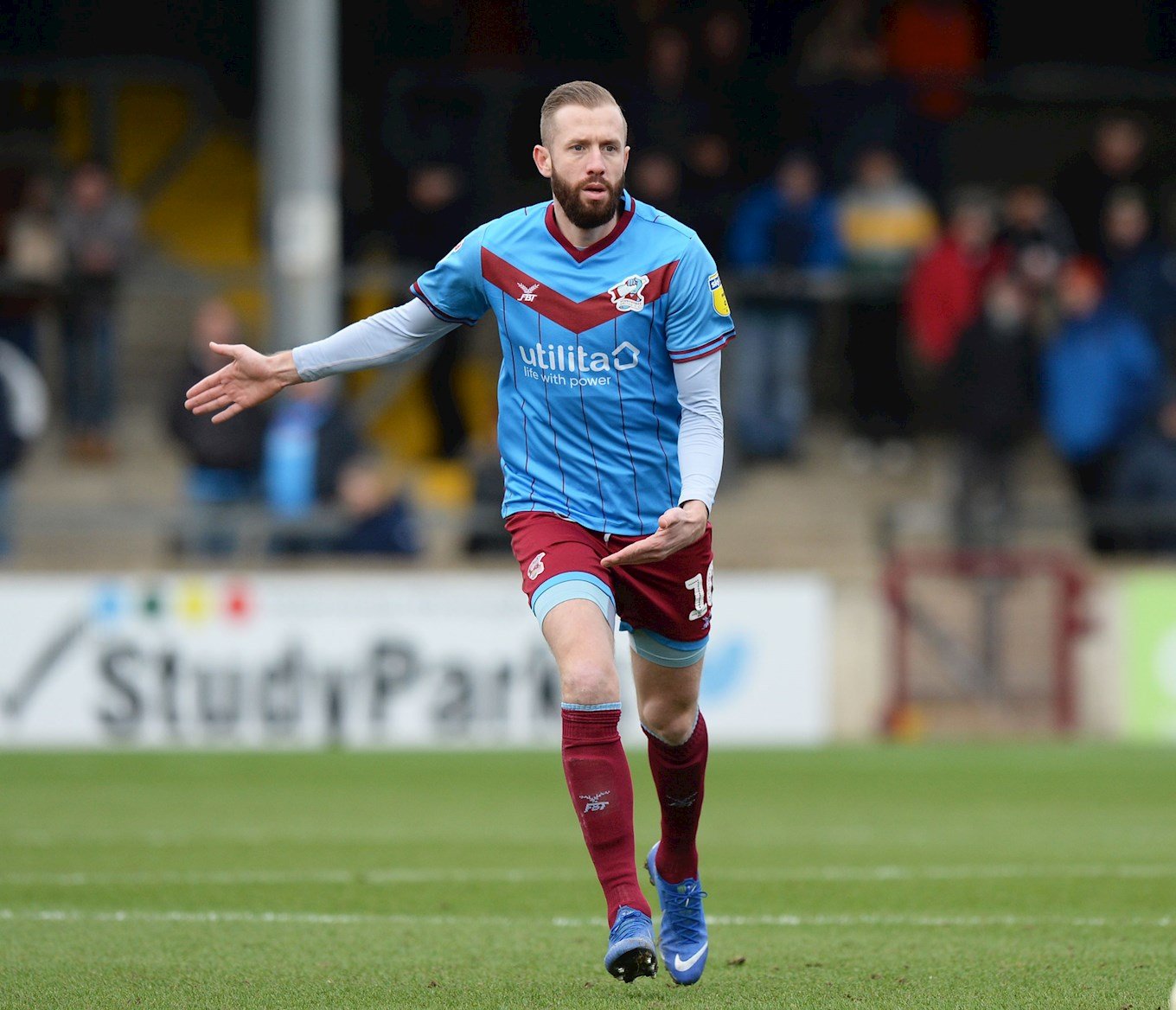 The Dutchman was by far Scunthorpe’s most successful goal threat last time, notching 15 times in all competition for the club.

Starting his career with Dutch outfit Helmond, Van Veen had spells with Dijkse, UDI, JVC Cuijk and FC Oss before leaving his homeland in January 2015 for his first spell with the Iron.

He scored 23 goals in his first spell with the club before making the move to League One side Northampton Town in January 2018.

He scored 10 goals in his 38 appearances whilst at Sixfields and then rejoined the Iron in January 2019.

The acquisition of Van Veen was not enough to stop Scunthorpe’s relegation from League One that season but his form the following season in League Two showed he can be a danger to any defence in the division.

He played a full 90 minutes in his return to the side from a knee injury and played a further 45 minutes in the PapaJohns trophy game against Mansfield and with those minutes in the tank, he stands a good chance of selection for his sides trip to Boundary Park.

Neil Cox is the man in the dugout for the visitors.

Lee Swabey will be the man in the middle for fixture.

The Devon-based official will travel to the Boundary Park for his 11th game of the campaign and his fourth game in Sky Bet League Two.

He's refereed Latics on four occasions - the most recent being the 6-1 defeat at Mansfield Town last season which saw Egert and Morais sent off in the same phase of play.

Latics have been made 21/20 favourites to make it four straight wins in all competitions whilst Scunthorpe are at 12/5. 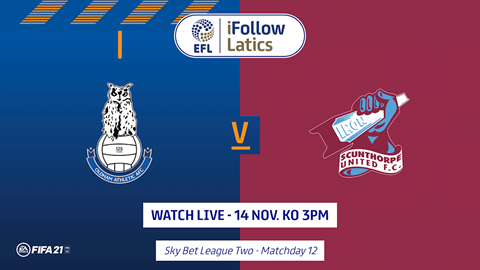