Speaking earlier in the week ahead of the game at Bolton Wanderers, the young utility player has been a bit of a surprise package.

Unknown before joining after a successful trial, the ex-Barnsley player is using his first real taste of the Football League to his advantage and looks like he won't let the opportunity pass him by.

"I've found it really good, I'm really enjoying it and I've settled in well. We just need a few results now to make it all worthwhile as that's the most important thing.

"I'm good mates with Zak [Dearnley] who told me before joining what a great club this is. A place that he said was somewhere that gives young players the chance to develop, so ever since coming I've been working extra hard in training and fighting for that spot really.

"I feel like I've earnt it so far, the gaffer has shown faith in me as well to put me in and overall I feel like I'm doing really well in games.

"My aim is to keep on playing and doing well as it's a fantastic opportunity that I've got here." 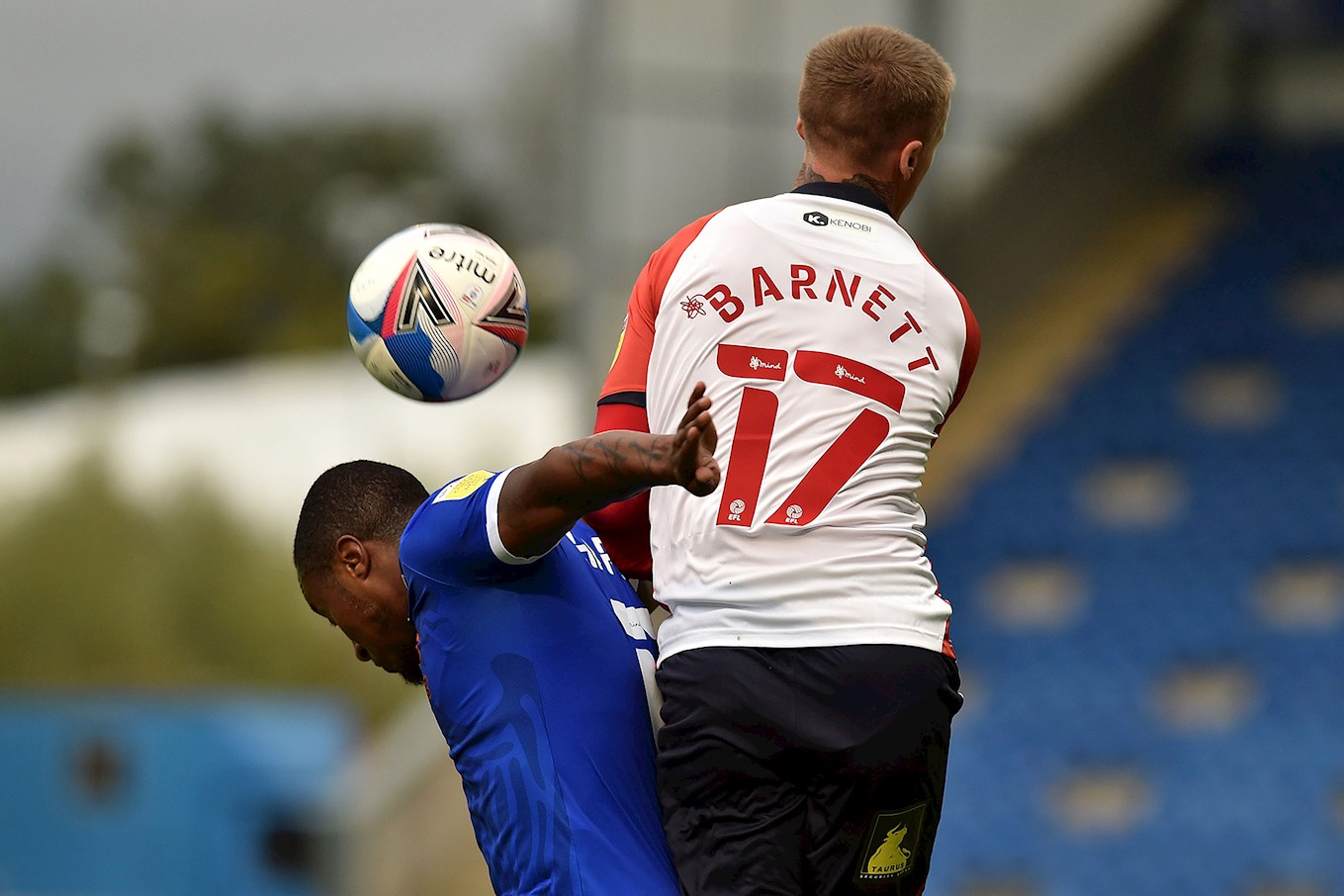 His most noticeable performances have come in the heart of midfield and the 20 year-old knows his strengths already.

"I'm more of a physical player and I can cover ground a lot, so at my age as well it suits me to play in midfield. I enjoy the battles too, it's the way I've been brought up, I've been taught to be tough but fair.

"My game suits men's football, I love a tackle like I said. I'm passionate and I really want the supporters to see that."

He added: "Also, I really want the fans back in grounds as that'll help too, especially the support this club has. We're a young squad on the whole but I think we'll benefit more with fans cheering us on, getting behind us and making home advantage count more.

"The player I am, I get a buzz off the crowds when big tackles are made or goals are scored. Playing behind-closed-doors is always strange but hopefully it won't be too long until I can finally meet some of the Oldham supporters properly." 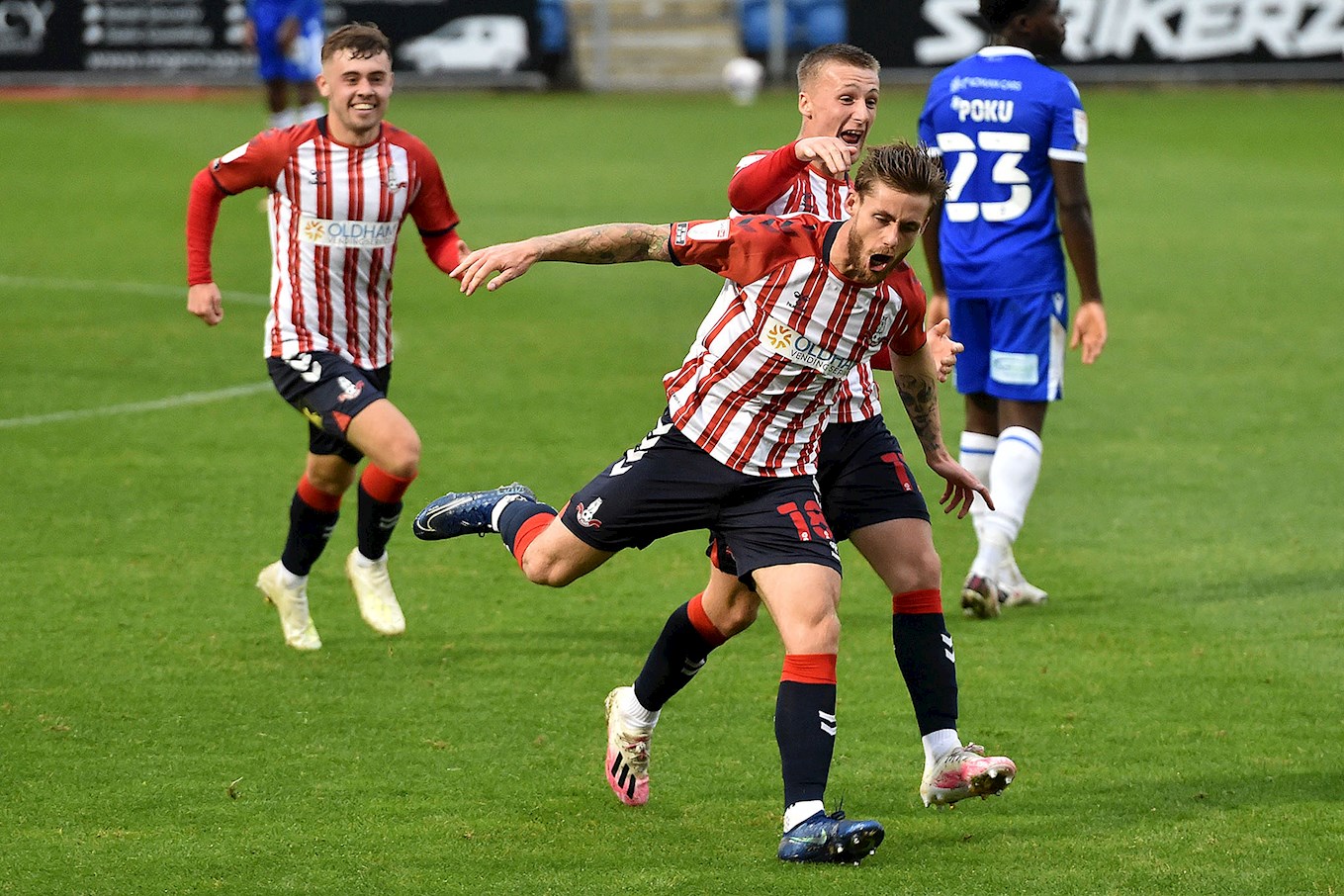 Although the early signs are promising, Barnett knows full well he has to keep it up to earn a contract past January and is focused on doing that.

"Having a short-term deal it means I have to make a bigger and quicker impact than others to hopefully earn a longer deal in a few months time, as I want to stay here as it's somewhere I feel I can make a real impact.

"We have to carry on working hard as a team though. It's up to us to get the club further up the table sooner rather than later and we know that."

He continued: "The Bolton game is massive in more ways than one. It's obviously an important fixture on its own, but with games coming thick and fast now we can use it to hopefully start putting some kind of decent run together.

"I'm confident the results will come. Each player knows what they can do better or work harder on as individuals and as a group, as the feeling after the past few games in the league haven't been great. I'm starting to use that as motivation now to work harder to help the team.

"Confidence is always key in this game, that's why I'm passionate and like big moments in matches as you can use it to get your teammates working harder. When that win comes that feeling I get I won't want it to go away so I'll do everything I can to get those three points.

"I'm young but I know I can make a difference and will always be giving my all. I know supporters appreciate that, they want players to represent their club with pride and it's something I will always do.

"With the attacking talent we have, we do scare teams with what we can do, we just need to tighten up at the back as results are key more than ever. We're at that point now where we need that win which will do us all the world of good."