Zak Dearnley came off the bench and produced an incredible last-minute winner in the Lancashire derby as Latics pick up their first three points of the season.

Harry Kewell named four changes to his side ahead of the clash at the University of Bolton Stadium with Laurence Bilboe and Brice Ntambwe being handed their debuts and Danny Rowe and Dylan Bahamboula returning to the starting XI.

Latics had the ball in the back of the net with only eight minutes on the clock, however, it wouldn’t stand as the linesman already had his flag raised as Tom Hamer was in an offside position when he flicked the ball across goal.

Bolton Wanderers captain Antoni Sarcevic started to put his stamp on the game, creating two chances for the hosts. The first opportunity saw him inside the box, and he managed to get the ball to Nathan Delfouneso, but the striker was blocked by Carl Piergianni before Sarcevic played a great reverse pass through to Eoin Doyle, but Laurence Bilboe raced off his line to collect the ball.

The visitors then had two great chances of their own which both fell to the inform Conor McAleny. Callum Whelan flicked the ball into his direction as he raced goalwards and he could’ve slotted Jordan Barnett clean through, but he opted to shoot and dragged his effort wide from the edge of the box. Following that, Whelan found McAleny found inside the area on the left-hand side, but his curling effort went way over the crossbar.

Oldham broke the deadlock in the 28th minute as Rowe tormented his man on the left before delivering low across goal which found Ben Garrity at the back post and he tapped in his first league goal for the club.

But the lead didn’t last long as Ian Evatt’s side got themselves level just four minutes later after great work from debutant Peter Kioso on the right flank and he found Delfouneso on the six-yard box and he kept his cool to smash into the back of the net.

Shortly after the interval Garrity should’ve got his name on the scoresheet again as McAleny delivered an in-swinging cross from deep found the midfielder inside the box, but his attempt sailed over the crossbar.

Former Latics fans favourite Eoin Doyle had the chance to put his side ahead when a long ball over the top of Oldham’s backline found Sarcevic and he flicked it on over Piergianni’s head to Doyle and from outside the area he snatched at his opportunity and struck wide of the post.

The lively McAleny caused the Trotters defence endless problems all game and this time he found himself through on goal and he cleverly lobbed an effort over Billy Crellin, but he saw his effort rebound back off the post.

McAleny continued to search for a goal and nearly got his rewards as Rowe found him in a dangerous position inside the box and with his back to goal, he turned around and shot, but he smashed it over the crossbar.

In added time, substitute Dearnley found a winner as he received the ball on the edge of his own area and, impressively, ran the length of the pitch before making his way into the 18-yard box and smashing into the bottom corner to seal Harry Kewell’s first league win as Latics Head Coach and it’s the first away win in the league against Bolton since September 1982. 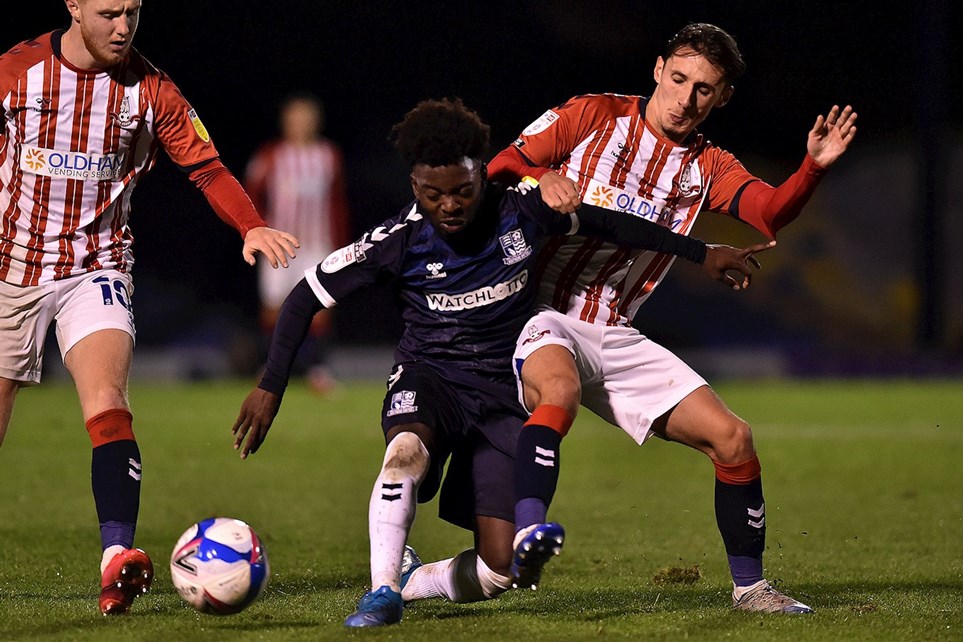 
Zak Dearnley once again struck a late winner for the second away game running to earn Latics maximum points at Southend United as well as grab a fourth goal in as many game during the process. 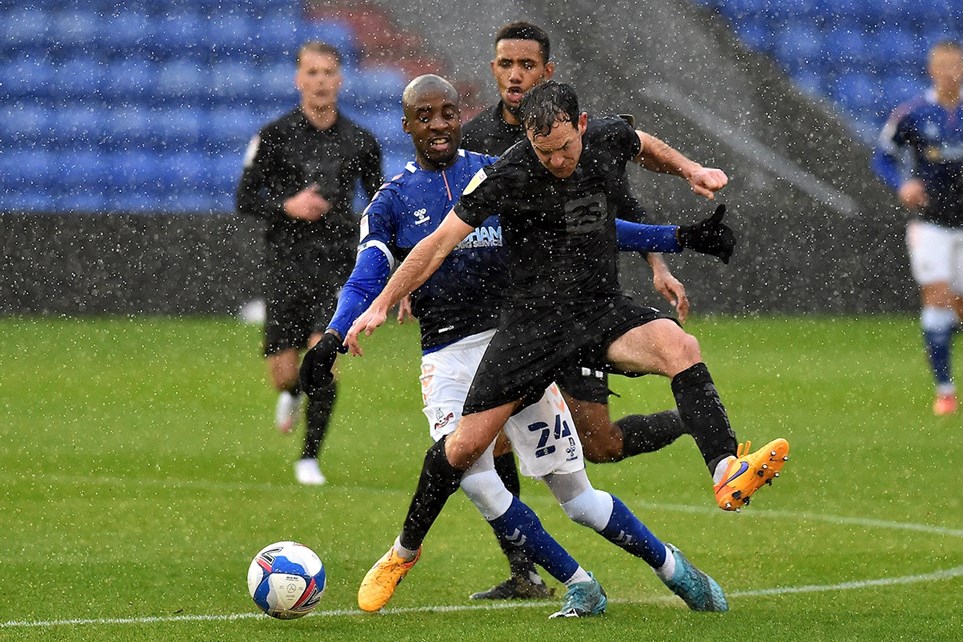 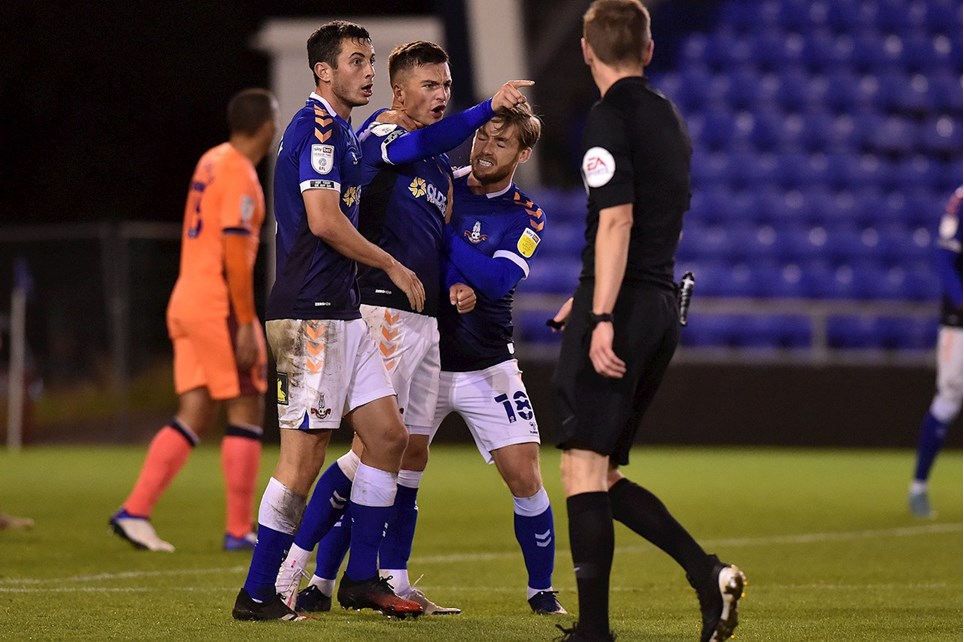 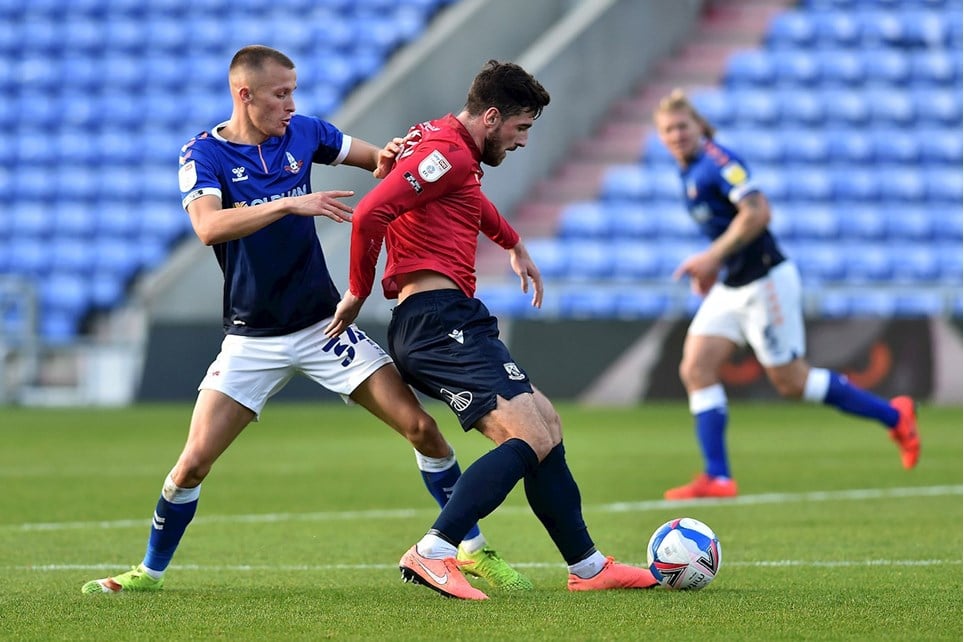