In what may be his last game in charge before the return of Harry Kewell to the dugout after his period of isolation, the Assistant Head Coach is determined on getting back to winning ways.

“It's a quick turnaround, so certainly after Saturday we have no time to kind of feel sorry for ourselves. We had a chance to speak about Saturday's game and we're fully aware that we need to do better, certainly in the first 45 minutes.

“The Port Vale game has gone now though. So we’ve dealt with that and have to move on and look forward to the Southend fixture. It’s a long trip and these journey’s are always much better if you come back with something positive.” 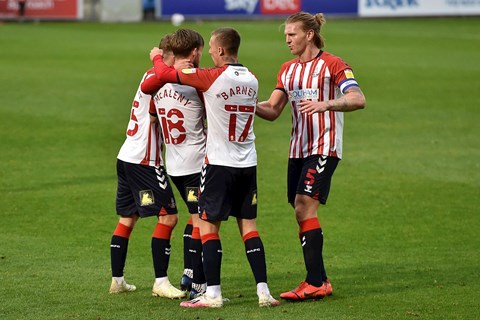 He added: “Across this season there’s a couple of spells like this where games come thick and fast and if you can string a good bit of form together you can quickly move forward.

“We thought we'd kind of turned that corner a little bit last week but then obviously we’re left extremely disappointed on Saturday. The good thing is we can quickly put it right again and there’s always another opportunity not too far away.

“We're under no illusions it's going to be difficult, but it’s up to us and certainly the players to make this opportunity count and get some more points on the board. If we can do that, as I said, it’ll make the long journey back a lot easier.

“We’ll then have a couple more days recovery and then we're straight into another big game on Saturday where points and pride are up for grabs again, so we’re fully aware of the situation we're in this week.

“Now we have to move forward and look ahead in terms of improving the team technically and tactically and also becoming harder to beat.”

One area of concern has been the number of goals conceded so early on in the season but Maybury said it’s something they’ll keep working hard on to rectify whilst also looking to keep the attacking side.

“We've actually done quite a bit of work on the defensive side and will continue to do until we get it right as a group.

“Now in the heat of the battle, if you like, we need to make sure we're narrow and compact as most teams have managed to get us a little bit stretched, far too much for our liking.

“We're obviously attacking well and still scoring goals. So we look like a threat and will make sure the way we prepare and set up that is still the case.

“But it's just making sure when we don't have the ball, everyone to a man is getting back behind the ball. We’ve got to make sure we’re attacking and defending as a team.

“We're doing it in the counter attacks and then not when we end up ultimately conceding disappointing goals.

“If we’re honest, we're getting picked off a little bit too easily, apart from set pieces which we know we need to improve on quickly, we just need to be a little bit more compact as a team though.” 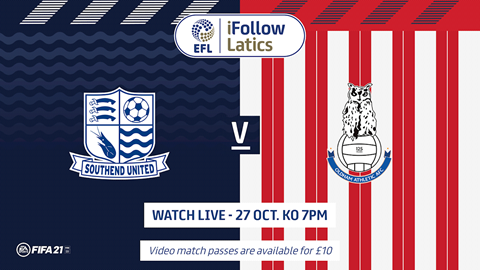 With the odd player still doubtful due to fitness, the one major immediate concern ahead of the fixture is whether striker Zak Dearnley can feature. Scoring three in as many games the club will be hoping he pulls through as he’s seen as a vital part of the attack.

“I think in terms of selection we’ve got pretty much the same squad that we had on Saturday.

“With the tight turnaround there’s a couple of light knocks again that have carried over but we’ll manage that on an individual basis.

“[George] Blackwood’s just not quite fit yet still, he needs some more time on the training pitch to get up to standard and the only one that is concerning us from the weekend is [Zak] Dearnley. He’s touch and go whether he’ll be fit, but he’ll travel with us and if he gets the go ahead as a late decision, we’ll use him as he’s been brilliant recently and is full of confidence.”

He continued: “With the quick turnaround we’ve still done our preparation on Southend, as there are no easy games in this division and never will be.

“They’ll be looking at this fixture as well to get their season underway properly and we need to make sure we focus on the task in hand and put in a professional, confident performance.

“I keep saying we're close, but we just need to keep at it to get those results to give the players a little more belief.

“They’re a good group, and there’s some characters that know they need to stand up and be counted now to help the club move forward quickly.

“It’s a new team, yes, but there’s quite a few boys who know each other, or, have got to know each other properly now, so a positive result always helps build that confidence to the next level when you're trying to implement something new or trying to build something.” 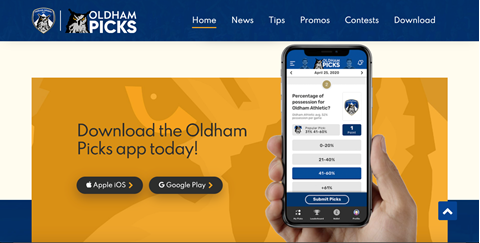 Stepping in at short notice, Maybury is still relishing the opportunity as the main man on the touchline.

“It's still been a bit hectic but it's been good and I’ve really enjoyed it. The gaffer has been brilliant and kept in touch as much as he can and we’ve managed to spend a bit of time getting everything organised remotely.

“Everyone at the club has fully supported me in what has been a testing time for all away from football, but my role hasn’t changed much.

“We know how we want to set up the team and what we're looking for in training. Obviously it falls onto me for the actual preparation on the training pitch, but in the game the players have to show everyone they can turn the current results around and start to build some form.

“If we can just get that important result against Southend then it’ll be a big step forward to ensure we can play with more confidence and start to climb the table again.”