Latics suffer defeat at the Peninsula Stadium as goals from James Wilson and Ashley Hunter were enough to secure all three points.

Head Coach Harry Kewell returned to the dugout for the clash against Salford City after completing his self-isolation following his positive test.

He named one change to his side from the mid-week win down at Southend as Conor McAleny picked up a late injury meaning attacker George Blackwood came into the starting XI to replace him.

Paul Scholes’ side started the game on the front foot with fellow Manchester United academy graduate James Wilson causing the Latics backline trouble. First, he raced into the box and pulled it back to Ashley Hunter, but the attacker blasted his effort way over the crossbar. Following that, Wilson dribbled his way into the area and managed to find room to let loose, however, Ian Lawlor got down well to keep him out.

The visitors’ first opportunity arrived shortly after as Davis Keillor-Dunn’s corner from the left bounced into the path of Cameron Borthwick-Jackson inside the 18-yard-box, but his half-volley smashed into the side netting.

In the 24th minute, Salford broke the deadlock through the dangerman, Wilson. Brandon Thomas-Asante raced inside from the right, laid the ball to Ian Henderson and his strike was parried into the feet of Wilson and from a yard out he tapped into the empty goal.

Just before the interval, former Latics loanee Jason Lowe brought Callum Whelan down in a promising area and Keillor-Dunn stepped up and curled his free-kick over the wall, but Vaclav Hladky got across his goal well to keep him out.

Oldham should’ve equalised early into the second-half as Whelan managed to get himself one-on-one with the Czech goalkeeper and he struck his attempt with the outside of his foot, but he saw his effort go the wrong side of the far post.

However, with 73 minutes on the clock, the Ammies doubled their advantage. Thomas-Asante played the ball in behind to Henderson and the experienced frontman raced into the box on the left before he laid the ball off to Hunter and he kept his composure to side-foot into the back of the net.

Latics looked to get back into the affair and came close when substitute Danny Rowe crossed from the right and it found Keillor-Dunn and the winger chipped effort towards the top corner, but it went just over the crossbar.

Salford nearly had a third in the last minute when, just off the bench, Luke Armstrong received the ball from Thomas-Asante and tried his luck, but Lawlor managed to keep him out. This win secures Salford’s first-ever win against Latics at the Peninsula Stadium. 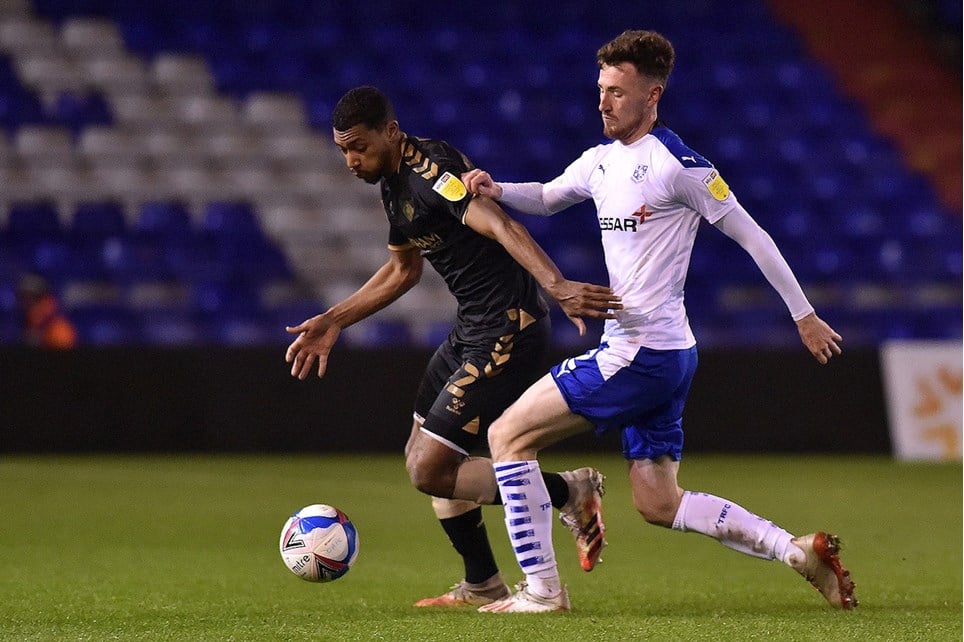 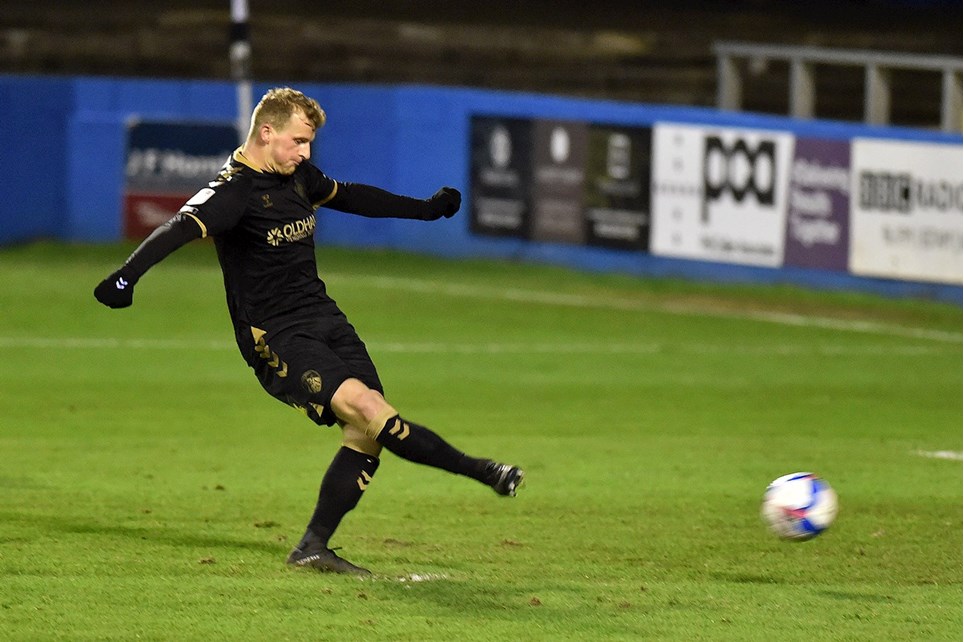