Latics welcome Port Vale to Boundary Park as they look to build further on the four points picked up over the last two games.

Last time out, a late Zak Dearnley goal earnt Oldham a share of the points against Carlisle United on Tuesday night.

On team news, Latics will be boosted by the return of Cameron Borthwick-Jackson who will be available for selection again, whilst it may be too soon for George Blackwood to be back involved in the squad due to a slight muscle strain. Andrea Badan is still a long-term absentee after his collision at Colchester.

The Valiants have had a mixed start to the season and sit in 13th place in the Sky Bet League Two table. 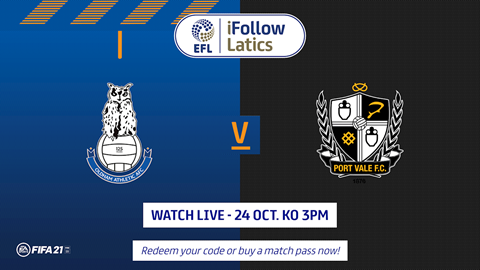 Vale have won three of their opening seven league games, losing three, drawing once and they go into this game on the back of a 3-1 defeat to current in-form and table-toppers Cambridge United.

Elsewhere, they have picked up five points in their opening two EFL Trophy fixures that puts them in a strong position to qualify for the knockout stages of the competition.

Latics have won 29 of the 81 meetings between the two clubs with Vale winning 32 and 20 ending level. 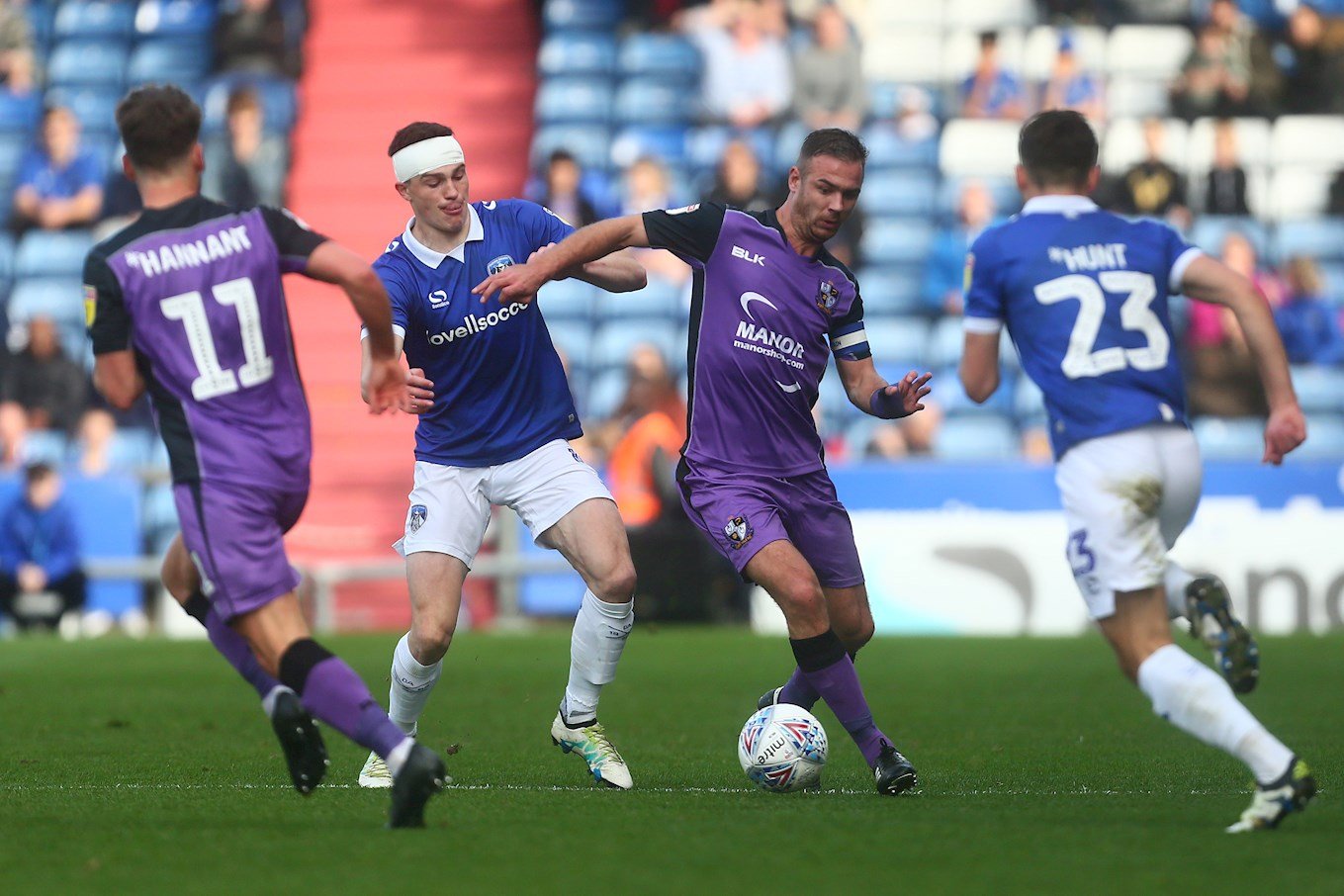 Due to the early curtailment of the League Two season, the clubs met just once last season in a goalless draw at Vale Park.

The last time Latics got the better of Port Vale was December 2018 when goals from Callum Lang, Mohamed Maouche, Gevaro Nepomuceno and Chris O’Grady helped Oldham to a 4-1 win back at Vale Park.

You have to go back to 2013 for the last time Latics beat Vale at Boundary Park, a brace from Adam Rooney and a goal from James Dayton saw the hosts run out 3-1 victors on the day.

Theo Robinson has scored four goals in all competitions for Vale so far this season.

The majority of his strikes this season have come in the EFL Trophy, but the forward did bag his first league goal for the Valiants last time out, converting from the spot against Cambridge.

The 31-year old began his career with Watford and made his debut for the Hornets in a Premier League clash with Newcastle United at Vicarage Road in May 2007.

Whilst at Watford, Robinson was often sent out on loan to gain first team experience and he had successful times with both Hereford and Southend United before he departed Vicarage Road on a more permanent basis to join Huddersfield Town in 2009. 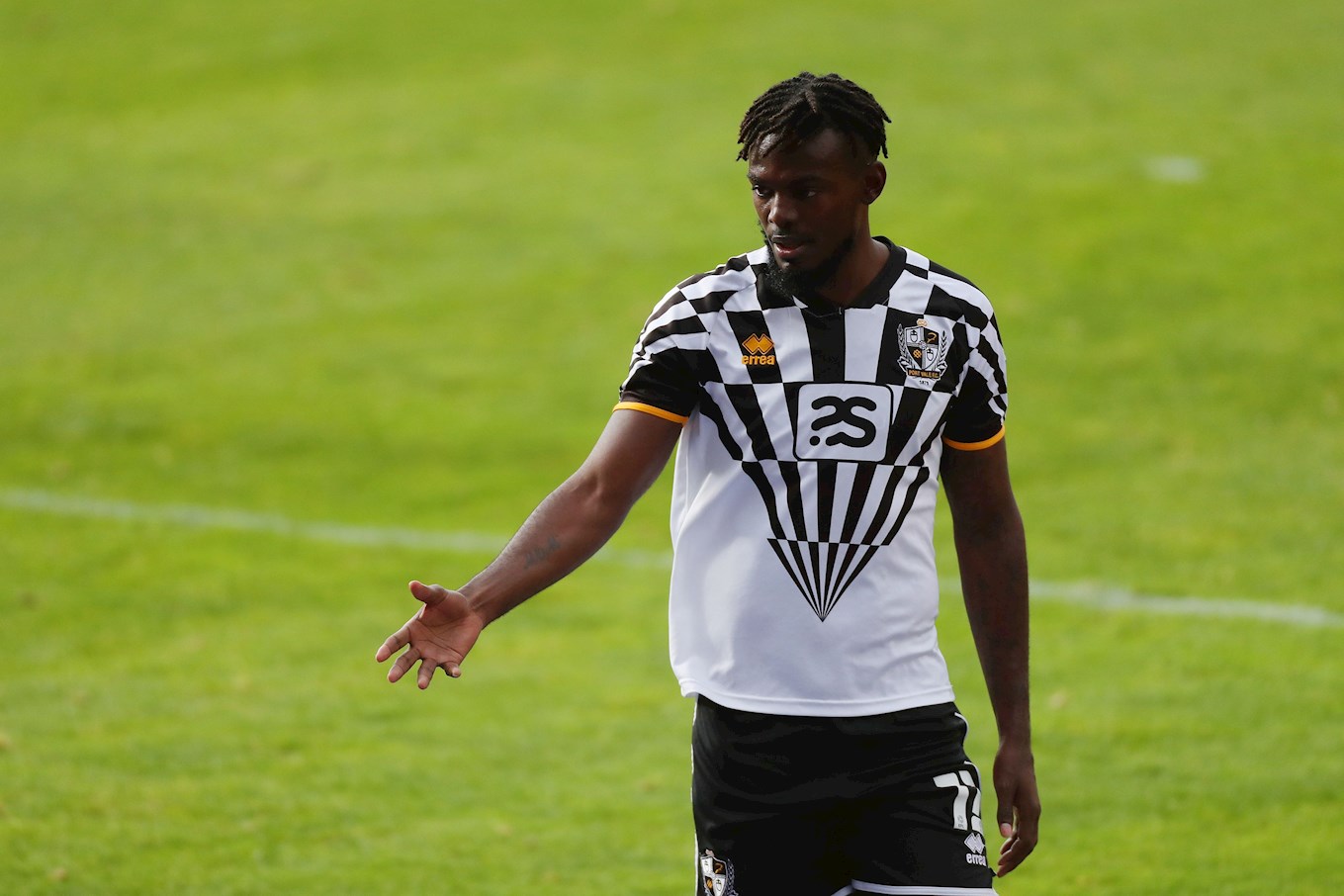 Despite scoring 16 goals in his first season with the Terriers, Robinson fell down the pecking order and was loaned to Millwall in September 2010 which would go on to be made permanent.

After his time at The Den, Robinson went on to play for Derby County, Huddersfield Town again, Doncaster Rovers, Scunthorpe United and Motherwell before his first spell as a Port Vale player.

His short spell with Vale was followed by moves to Lincoln City, Southend United, Swindon Town and Colchester United before his return to Vale Park in August 2020.

Robinson showed that he still has what it takes to be a success at this level last season with the forward averaging a goal in every 157 minutes of League Two action, a record only bettered by the league’s top scorer Eoin Doyle.

The forward also has international pedigree as he has represented Jamaica on seven occasions.

Mills made 29 appearances for Latics last season before being released from Boundary Park at the end of the campaign.

The full back signed a one-year deal at Vale Park in July 2020, and it didn’t take Mills long to get going, netting in his debut in a 2-1 win over Scunthorpe United in the EFL Cup.

Mills could miss out on a place in the matchday squad for the game at his former home as he picked up a hamstring injury in the Valiants’ goalless draw against Harrogate Town.

John Askey is the man still in charge for the visitors.

Askey has been in charge at Vale since February 2019 and he led the club to just outside of the play-off places last season following a good run of form. 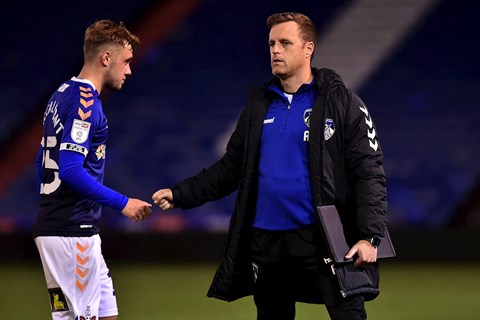 His first taste of management came with Macclesfield Town, where he had two separate spells. He managed to guide Macclesfield back to the Football League in the 2017/18 season despite off-field issues.

His other job did not go as successfully as he lasted just 21 games as manager of Shrewsbury Town.

As a player, Askey became a Macclesfield Town legend after making 679 appearances for the club which made him the record holder for appearances and his 155 goals scored for the club in this time makes him the fourth highest scorer in Macc’s history.

His last game involving Latics was back in December 2019 when he officiated the 2-1 win over Crawley Town at Boundary Park. A fixture where he didn't give out a single yellow or red card.

His assistants will be Paul Newhouse and Gary Hilton, with Anthony Backhouse being the fourth official.

Latics are 21/10 to pick up maximum points at Boundary Park whilst Vale are 6/5 favourites for the League Two clash.