Latics secure their place in the second round of the Carabao Cup after an impressive display against Carlisle United with Conor McAleny sealing the victory late on.

Harry Kewell’s side had a bright start to the game and with only two minutes on the clock Latics produced an excellent counter-attack. Davis Keillor-Dunn sprayed the ball 30 yards up the pitch to Bobby Grant, who passed it short to Fage and received it back by a backheel from the Frenchman. Grant set his sights on goal but couldn’t keep his effort down with the goalkeeper watching the shot over the crossbar.

Oldham made the breakthrough in the 29th minute when the lively Grant delivered a free-kick into the box from the touchline on the right. His cross landed perfectly on the head of the unmarked Ben Garrity at the far post and the debutant coolly placed his header past Paul Farman and into the back of the net.

The provider turned goalscorer just minutes later as the hosts doubled their lead. A missed placed pass from the Cumbrians captain Nick Anderton resulted in Grant being put through on goal at the half-way line and the attacker impressively dribbled 20 yards towards goal before opening up his body to slot his strike into the goal.

Latics nearly made it three just before the interval following great work from McAleny. The winger dribbled inside the box before putting in a low cross although it was cleared by a Carlisle defender it only cleared as far as the onrushing Cameron Borthwick-Jackson. The left-back smashed his effort towards goal but saw the ball cannon off the crossbar before the visitors cleared the danger.

At the start of the second period, Ian Lawlor was called into action twice to keep the visitors out. Firstly, a cross from the left deflected into the path of Jon Mellish and the defender looped his header goalwards but the goalkeeper made himself big to deny the Carlisle man. Shortly after, Aaron Hayden rose highest from a corner and powerfully headed towards goal, but Lawlor was there again and tipped the effort over the crossbar.

Chris Beech’s side should’ve pulled a goal back in the 75th minute after they took a short corner before crossing into the area. Gavin Reilly found himself with a free header in the six-yard box, but somehow the former Bristol Rovers striker headed wide of Lawlor’s goal.

Oldham thought they’d added another goal late on as substitute Zak Dearnley chipped McAleny through one on one and blasted into the bottom corner, but he was adjudged to be offside.

However, the hosts did seal the win in the 89th minute when Callum Whelan played McAleny down the right-wing with a clever pass. The attacker dribbled inside and from an angle tried his luck with a powerful low strike which went through Farman’s legs.

Details of the next round draw can be found by clicking here. Latics will be ball number 17. 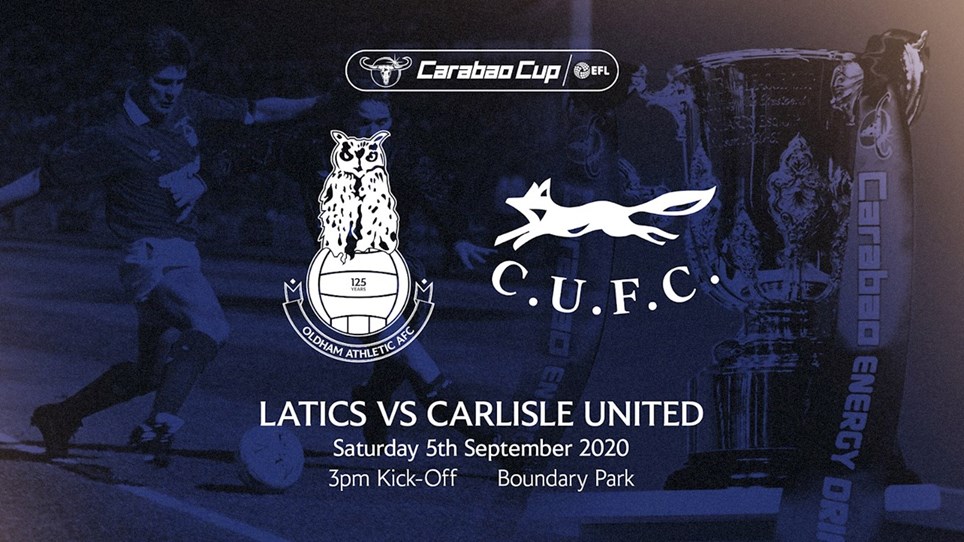 
The 2020/21 season gets underway in less than a week with a cup fixture at Boundary Park.


A selection of photos from the opening round victory against Carlisle United in the Carabao Cup. 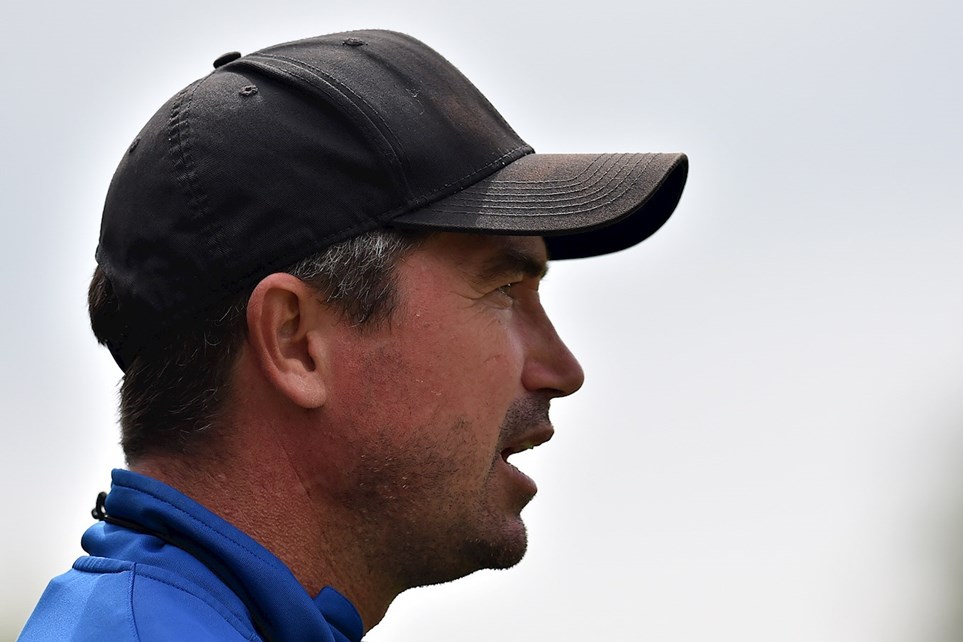 
The Head Coach spoke to iFollow Latics after his first competitive game in charge where his side progressed to the next round of the cup after an impressive 3-0 win. 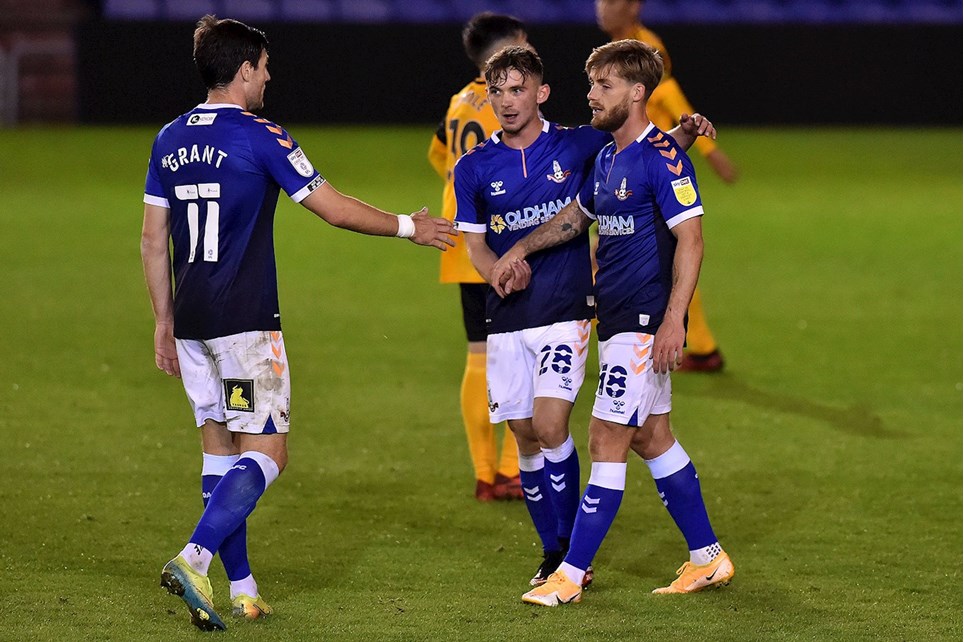 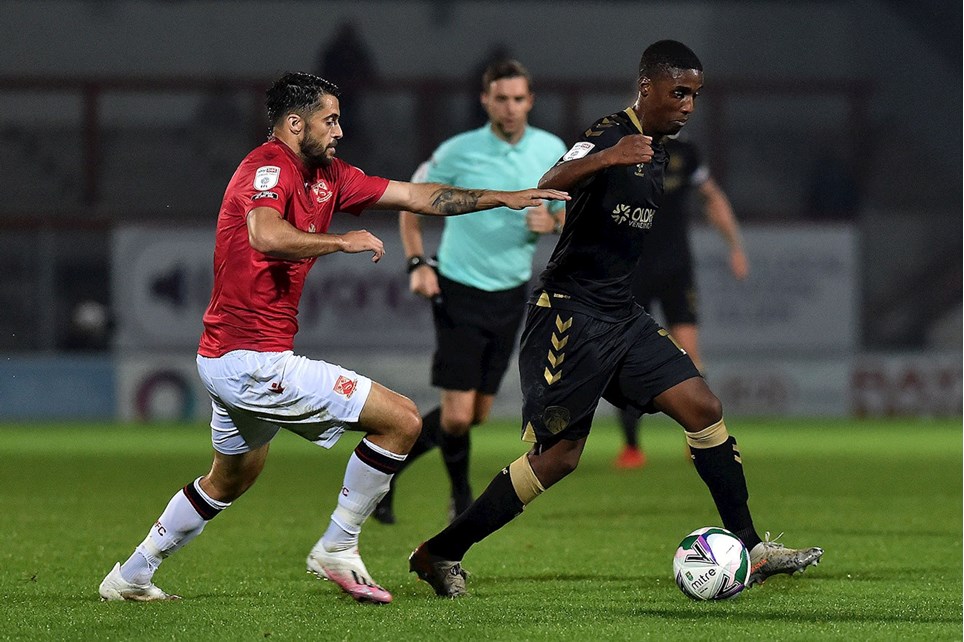 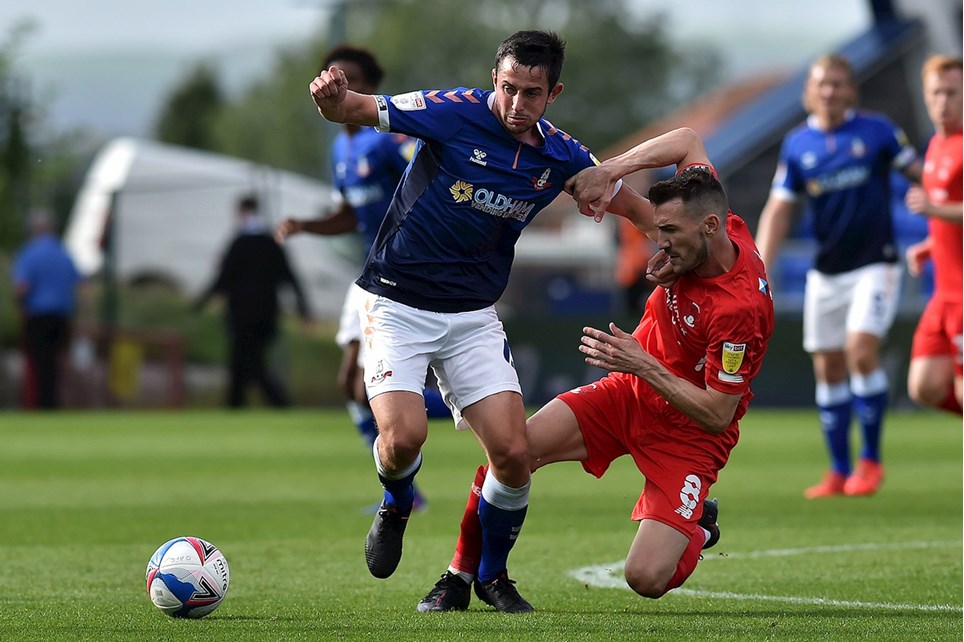 
Danny Johnson’s last-minute goal was the difference between the two sides on the opening day of the Sky Bet League Two season.