Oldham Athletic found out their next round opponents in the 2020/21 Carabao Cup, whilst also knowing who the club could potentially get in Third Round.

Conducted live on Sky Sports this afternoon, Latics were ball number 17 and drawn last with an away trip to Morecambe in Round Two. 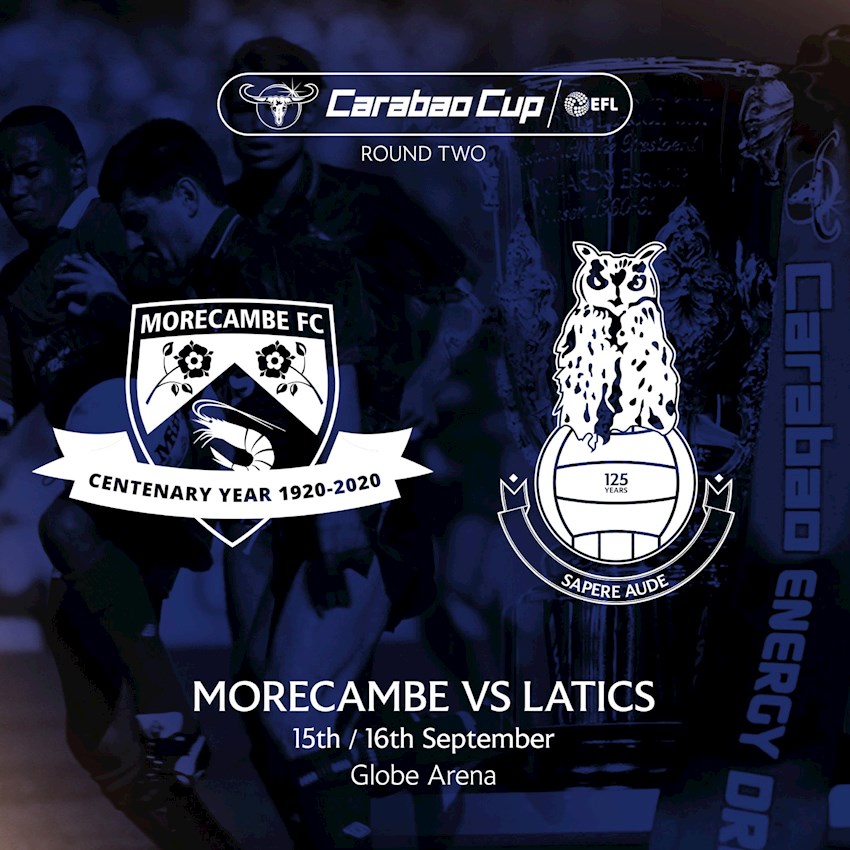 The winner of that tie will then host Newcastle United or Blackburn Rovers. With the Morecambe game given the ball number 12. 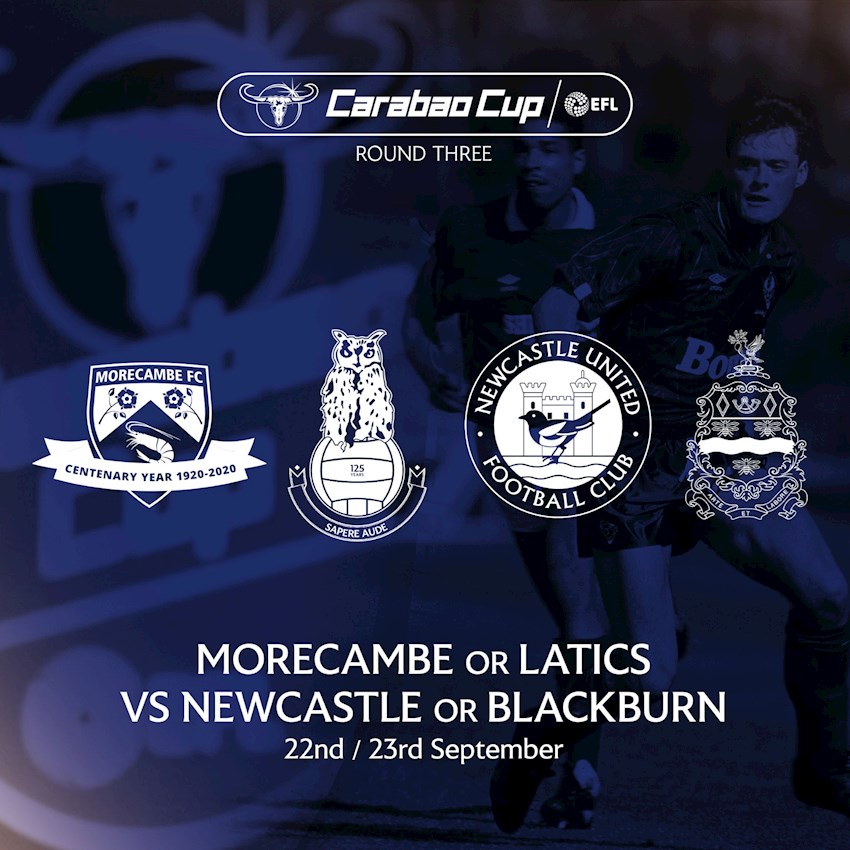 The fixtures will take place on:

Confirmed fixture details will be communicated in due course.

The Round Two draw is unseeded and will remain regionalised with northern and southern sections.

The Round Three draw also took place with each tie given a number in the order that they came out in the Round Two draw - and was subject to another unseeded draw on an either/or basis, alongside the seven Premier League Clubs competing in Europe who enter at that stage.

Having the draws conducted together enables the EFL, Clubs and broadcasters to plan with additional clarity and certainty over a busy period of fixtures whilst supporters are unable to attend fixtures.

Joining the Carabao Cup at the Round Two stage are the 13 Premier League Clubs that are not competing in Europe in the 2020/21 season, alongside Sky Bet Championship sides.

The remaining clubs, like Liverpool, Manchester City and Manchester United will join in Round Three.

Streaming details on iFollow or Sky Sports TV selections will be announced in due course.

Please note the Wolves U21 fixture at Boundary Park will not take place this Tuesday, or the Tuesday after that (15th) due to international call-ups for the visitors as well as Latics' progression in the Carabao Cup.

A confirmed date in September will be communicated once agreed.