Oldham Athletic are pleased to announce the signing of Alfie McCalmont on a season-long loan from Leeds United.

The 20-year-old immediately links up with the first team squad ahead of the game at Boundary Park tomorrow and took part in his first training session today.

A central and defensive midfielder, the Leeds academy product has represented Northern Ireland at a variety of youth levels as well with the senior side in September 2019 coming on as a substitute in the 1-0 win over Luxembourg.

Also a key component of Carlos Corberán's Leeds United successful U23 side, McCalmont was part of the first team that won promotion to the Premier League last season and was handed his debut by Marcelo Bielsa in the Carabao Cup at Salford in 2019/20.

He signed a four-year extension with his parent club last month and now joins Latics for the 2020/21 campaign to gain more valuable game time in the Football League. 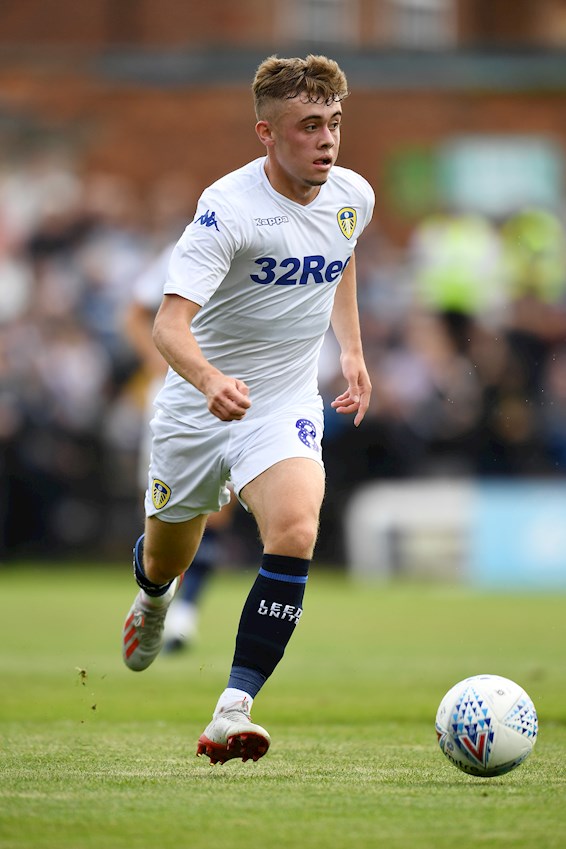 The talented playmaker is excited about his new challenge over the Pennines; "I’m delighted to be here, it’s my first loan and I’m really looking forward to getting going for Oldham.

"I wanted to come here to prove myself and ultimately do well for the team."

He added: "I’m at that age now where I want to experience more senior football as it’ll help a lot in my career going forwards and this is a great opportunity for me to put some good performances in.

"I’m that type of player that likes to find that vital pass in behind as well as getting forward to try and score some goals."

McCalmont will wear the number 25 shirt during his time at Oldham.