Latics kick-off their new EFL Trophy campaign tonight as they welcome Wolves’ under-21 side to Boundary Park (7:45pm KO).

Harry Kewell’s men will be hoping they can get back to winning ways after another disappointing defeat, this time at the hands of Stevenage at the weekend.

Wolves’ development side are undefeated in their Premier League 2, Division Two season so far, beating Burnley and drawing with Leeds United.

As well as in their pre-season friendlies, which included draws against EFL sides Coventry City, Walsall and Crewe Alexandra.

Last season, Wolves made it out of their group before falling to a 3-0 defeat to Salford City in the knockout stages who later made it to the final of the competition that is still to be played.

Please note, for this fixture they are classed as U21 so will feature U18s for those players who represent the U23’s domestically but are too old for this competition.

This is the first game of the competition for both Latics and Wolves after international call-ups for the visitors earlier in the month but there has been action in Northern Group F already.

Doncaster Rovers and Bradford City played out a goalless draw before Rovers took the bonus point by winning the penalty shootout 4-1.

This will be the first time that Latics have come up against the development side of Wolverhampton Wanderers, but the clubs have met on 47 occasions with Oldham winning 19 of them.

The last time saw Wolves run out 3-0 winners at Boundary Park in League One. Oldham’s last win against Wolves came in 2013 when they recored a 2-1 victory at Molineux in an FA Cup replay.

Danny Phillishirk and Adam Rooney scored on that day to earn a Second Round tie with Mansfield.

Theodor Corbeanu has scored in both of Wolves U23 league games this season.

The 18-year old can play in a variety of attacking roles but has most commonly has been utilised as a striker.

Corbeanu was born in Canada but is also eligible for Romania who he has represented at both under-16 and under-17 level.

James Collins is the man in charge of the young Wolves side.

Collins was announced as the Head Coach of the development side in December 2019, replacing Rob Edwards.

His appointment at Molineux brought an end to his 32-year association with Crewe Alexandra.

On the game at Boundary Park, he told the Wolves official website:

"I saw them against Carlisle, a game that they won, and I thought they were a good footballing team. Harry Kewell makes sure they play football in the right way.

"But they also play in that league where people run in channels, people dip in and out down the sides and round the back, and test you in a physical way, but I do think they play good football, and it will be an entertaining spectacle." 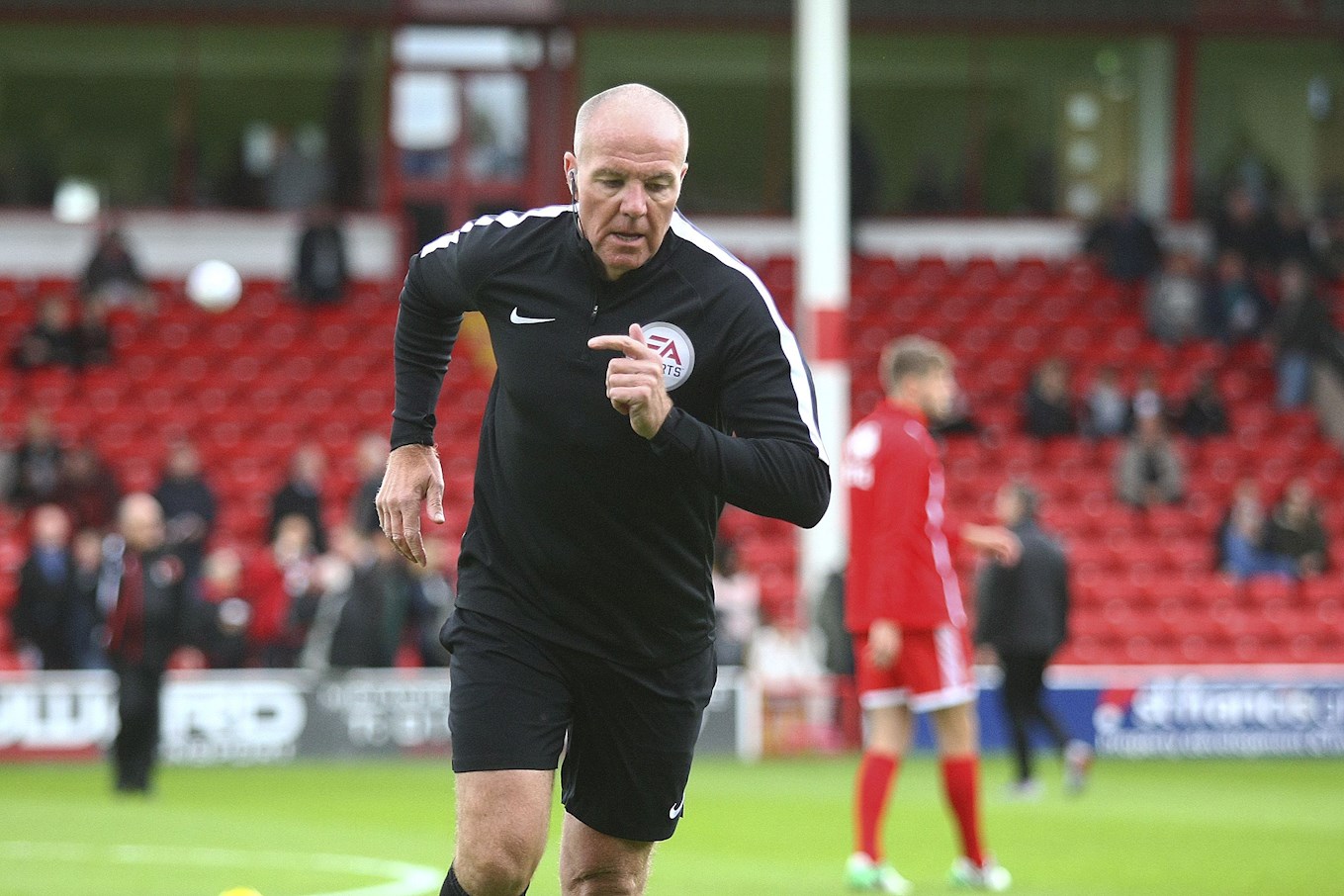 The EFL referee tonight Salisbury has taken charge of three games so far this season brandishing four yellows across his EFL Cup, League One and Two fixtures.

His last game involving Latics was back on New Year’s Day when Scunthorpe came to Boundary Park in a 2-0 win for the Iron.

Latics are favourites to make a winning start to their EFL Trophy campaign at 21/20.

Wolves supporters can also create an account by clicking here, scrolling down to 'Match Passes' and paying the £10 fee to access the stream.