Head Coach Keith Curle met with a small group of Latics fans as part of the EFL Season Launch Day to discuss a variety of topics ahead of the 2021/22 campaign.

The EFL Season Launch Day allows clubs to bring supporters closer to their football club ahead of the new season, especially after the Covid stricken campaign that we’ve experienced and all 72 EFL clubs have taken part in their own unique way.

Trevor Birch, CEO of the EFL commented: “It is fantastic to see our clubs welcoming a number of their fans back to their stadiums and training grounds today as part of the EFL’s Season Launch. In only a few days’ time thousands of supporters will be going through the turnstiles at

“Supporters are what make our game special and nothing can replace that matchday experience that will be back in all its glory this weekend. Football has unique ability to connect communities, bring people together and it will be a memorable day as we welcome fans back safely nationwide.”

In an open and honest discussion over an hour, the gaffer addressed key subjects and questions from supporters, as well as providing in-depth thoughts surrounding matters on the pitch.

Here’s a recap of some of the topics that were talked about;

“On his day can Dylan play at a higher level? Definitely. However, he needs to add certain aspects to his game in order to progress further and, in terms of my team, he needs to develop an understanding of his role in the side, for example, his work off the ball.

“He has the ability to beat any defender and he makes things happen inside the final third, but on several occasions, he takes too many touches and my job is to coach him. Bahamboula needs to increase his levels not only on a weekly basis but on a daily basis in training, similar to a player called Adel Taarabt, who I coached at QPR.”

“When I arrived at this football club, there wasn’t any leadership or accountability and when they lost it didn’t affect them – I’m not going to settle for that. The players that I’ve brought in possess good experience in this division with good ability and, most importantly, they’re hungry to win games of football.”

“You live and die by your recruitment especially at this level and I believe that the signings will prove to be great additions. We’ve got good assets in the squad, for example, Sam Hart and he’ll be a good player for us like a number of players.

“I’ve got great contacts within the game and a detailed knowledge of players at this level, so we do our research into potential signings to make sure that they’re the right fit for the football club. Last season, we had eight loan players which will not be happening again. Ideally, we want two or three loan players but if players become available and I believe they will benefit the squad then we could get five, but that’s the limit.”

“As a player, I was very fit, and I managed to play over 700 games throughout my career, so I believe that it’s a vital part of being successful. I’ve got a fitness test which every player has to reach at least level 21 and, interestingly, the two new lads in training had to go through it yesterday.”

“I want us to play free-flowing attacking football with a winning mentality so we must stop conceding for fun. I’ll pick the team accordingly to the opposition, but in saying that the players have the chance to keep the shirt by their performances and work ethic. I wouldn’t be here if I was being told from above regarding who to pick on a matchday.”

“Junior (Luamba), Vani (Da Silva), Will (Sutton) and Harry (Vaughan) have all featured in pre-season and two of them have today gone on loan to gain experience in men’s football. They will make mistakes, but they need to learn from their mistakes and that’s how they develop.

“They need to be in a men’s environment and, hopefully, they return to our first-team and kick-on, but if that doesn’t happen then they can go on loan to a higher league than previously. Vaughan spent a week training at Manchester City, but he returned a while and he admitted that he prefers the environment here around the first-team.”

“Ahead of the season, I want to target being in the top ten which allows us the opportunity to creep into the play-offs with momentum on our side. Following our pre-season fixtures, we need a few more goals but we’re working on it.

“It’s important to reiterate that the fans will experience a range of emotions throughout the season. We’ll win games comfortably, but at the same time, we’ll suffer frustrating defeats. Also, we’ll play some pleasing football as well as some backs against wall performances.”

🗣 On the environment being created...

“I’m trying to create a good environment around the club and in the dressing room. I’ve implemented a rule meaning that there are no phones allowed in the charging room to increase their socialising and I believe a good team spirit is vital for success.

“I’ve developed a ‘donation’ system with the players so if they do something wrong then they make a ‘donation’, but the important aspect is that we use the money to benefit the club. For example, we used some of the money to improve Chapel Road as well as purchase new Gym equipment.

“We also had a bidding war for the new shirt numbers so if they’re desperate for a number then they can have it if they have the winning bid which, again, the money goes back into the club.”

“I’ve brought him to the club as a player, however, injuries last season have really affected him, so we need to manage him correctly. He’s a good player with experience and a great personality. I keep hearing murmurs that his legs have gone, his legs went 12-years ago when he was at Notts County! Instead, Sheehan has an impeccable left-foot, great positional sense, important set-piece deliveries and has experienced back-to-back promotions.

“In terms of his coaching credentials, Premier League side Brighton & Hove Albion offered him a role as a U23’s coach but he wants to learn from myself and Colin (West) as well as being in a first-team environment. He needs to learn how to speak to players because you can talk to players differently as a player when you’re a staff member you have to be mindful.”

“Westy has shown me great loyalty and he understands what I’m trying to create here at Latics. I’ve got massive trust in him after working together for years and we constantly bounce ideas off each other. Importantly, he’s respected by everyone at the football club.”

“He’s in protective mode at the moment, he doesn’t want to get injured especially after last season. Zak needs to build his confidence and has been getting plenty of game time on the training pitch. I know that when he’s fully fit, he will score goals at this level.”

The club would like to thank the 16 fans that attended this morning and hope they found it beneficial ahead of the new season optimism.

Oldham Athletic would also like to offer its sincere apologies to Carole Grieve regarding the article photo that has now been taken down due to inappropriate and offensive remarks made by a minority of supporters on social media. As a result, we would ask for these posts to be respectfully deleted as soon as possible to prevent further distress. 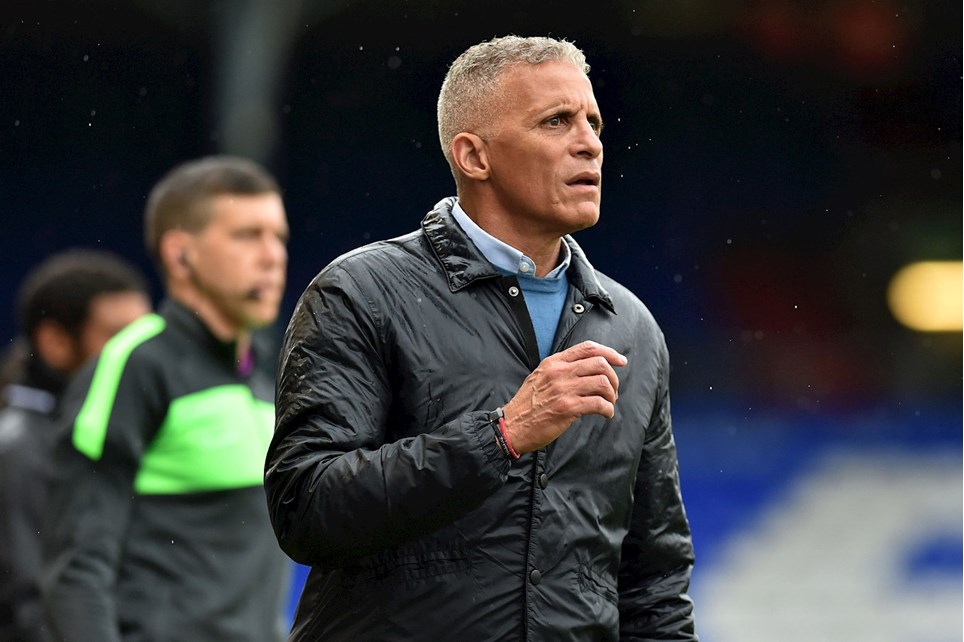 
Latics welcome Sky Bet League One outfit Accrington Stanley to Boundary Park in the second round of the Carabao Cup and Head Coach Keith Curle provided his thoughts ahead of the encounter. 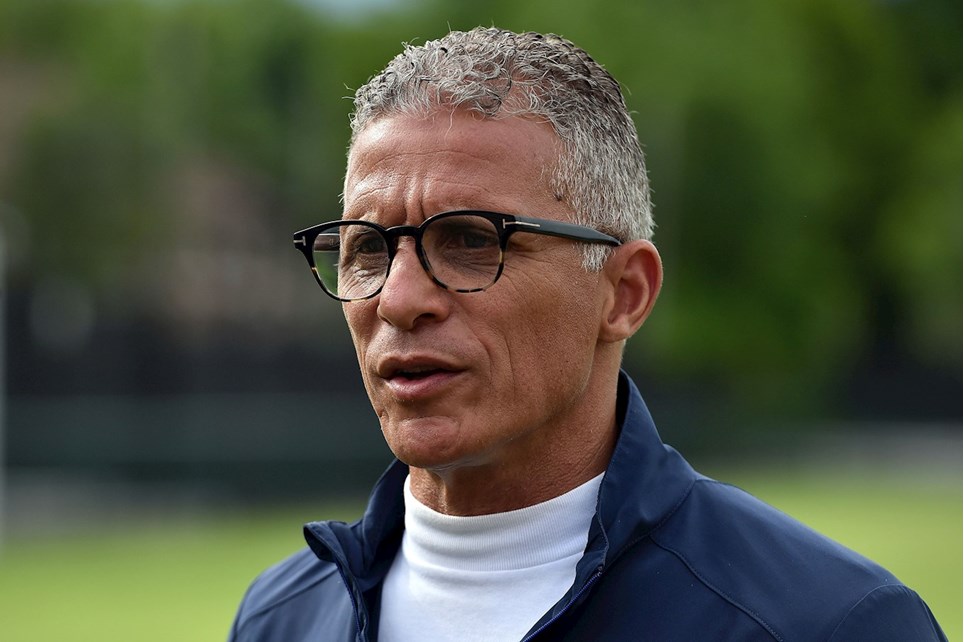 Curle After Win At Stalybridge


The Head Coach caught up with iFollow Latics after another pre-season win against local non-league opposition. 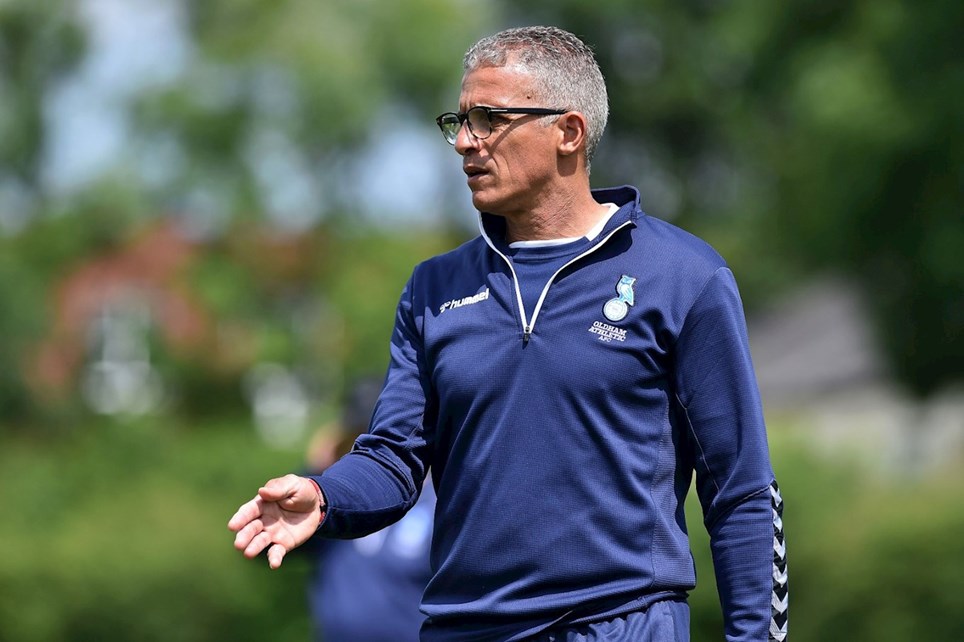 
The Head Coach spoke to iFollow Latics after the first pre-season fixture. 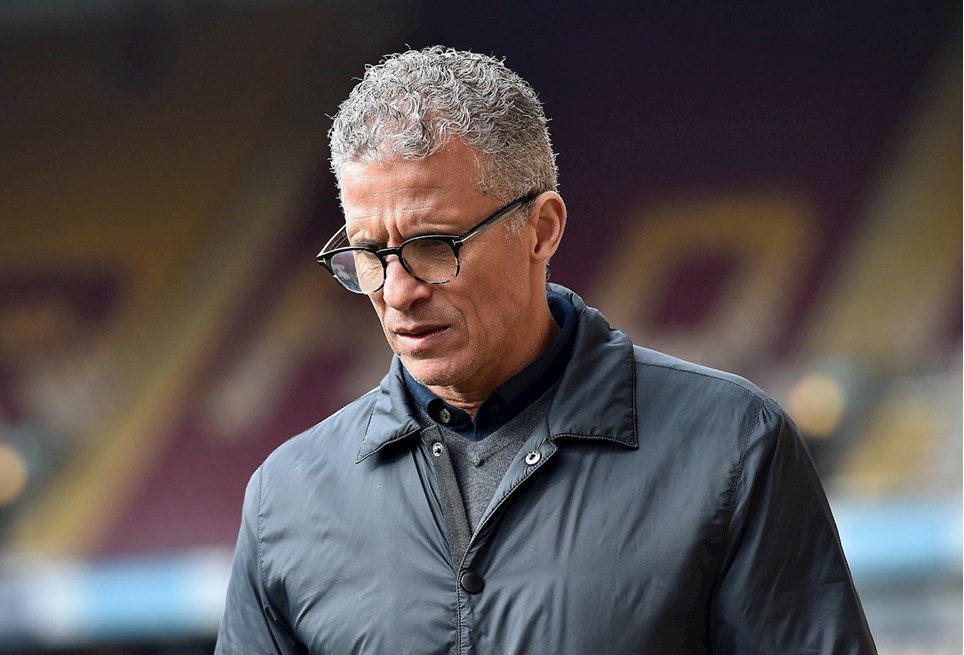 Curle After Stalemate At Bradford


The Head Coach spoke to iFollow Latics after the goalless encounter at Valley Parade. 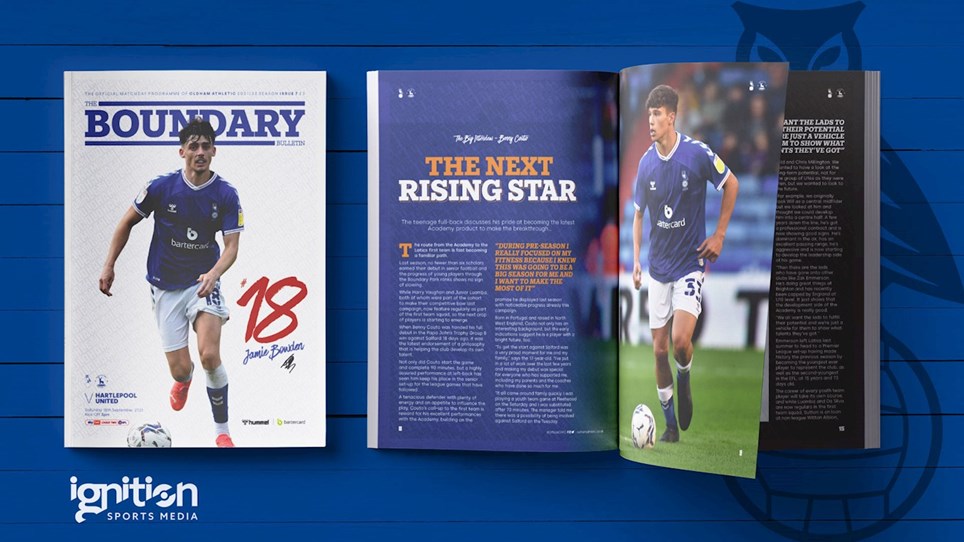