Latics face Sky Bet League One outfit Sunderland again in Round Two of the Papa John's Trophy tonight (7pm KO) and Davis Keillor-Dunn provided his thoughts ahead of the fixture against a club close to his and his family's heart.

After a bitterly frustrating defeat against Salford City at the weekend, the creative midfielder stated that he and his teammates need to demonstrate a reaction going forwards.

“Obviously, the lads are still gutted about the result against Salford. It was a big game for us, and I think to concede from two set-pieces was really frustrating, but it's finished, and we’ve got to put it behind us and focus on bouncing back in this competition.

"We’ve discussed the idea of not dwelling on the past because we can’t change something that’s already happened, so we’ve got to look forward and stay positive. We're still hurt, but we can use that as a bit of firepower going into the next few games.”

Keillor-Dunn spoke highly of interim Head Coach, Selim Benachour, and provided an insight into his influence on the team, so far.

“He’s just trying to keep the boys positive; we didn't have a lot of time to work with him ahead of our game at the weekend, but he's been trying to put his ideas across to the squad and we’re buying into his philosophy.

"Selim and Conor (Marlin) are two positive guys and they're trying to just get the squad going and lift the mood, and we're trying to get on board as well as picking up the ideas, so it's been good, and we've really enjoyed it.

"I’ve spoken to the lads in the changing room and everyone's really taken to them and, hopefully, we can put it into practice in our upcoming fixtures.”

Born in Sunderland, Keillor-Dunn grew up in awe of the Black Cats and he claimed that it will be a dream come true to grace the turf for a competitive fixture at the Stadium of Light after coming up against the club this time last year in what was a reverse of the fixture.

“I idolised Kevin Phillips and Niall Quinn throughout my childhood and they’re two big names within football. I’ve witnessed the club in the Premier League, the good times in the North East.

"It's a great club, obviously, it’s a shame that they’re in League One, but it's all about Oldham tomorrow for me, I just want to beat them and progress through to the nest round of the cup.” He commented. 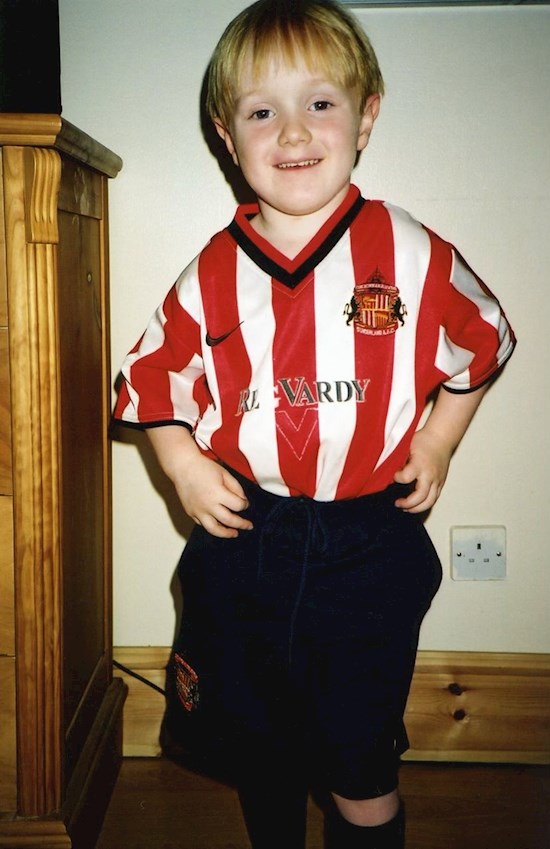 “I’ve never played at the Stadium of Light before in my career, so it’ll be a nice moment for myself. It’s a dream come true to play there, after following them since I can remember with my Mum and Dad taking me to the games and we’d stand on the terraces, so it’s a great feeling and I’ll relish the moment with all my family and friends there.

"But when I get there, I’ll be working harder than ever in order to get the job done. That’s the biggest thing for me. It'll only be a good experience if we get the win as a team because, for the Oldham fans, what will probably also be their first trip to Sunderland, they deserve something to smile about after what has been a very tough season so far.”

The 24-year-old has eagerly followed Lee Johnson's men throughout the campaign, so he's aware of their threats, but reinforced that the lads are going there with the intention of causing the hosts endless problems.

“They're going to be good on the ball, they’re towards the top of the league above us, so it will be difficult.

"We’ve got to set up in the correct manner and we mustn’t get brought down with their passing game as well as staying compact and try to score with ourselves. We're there to win the game, we're not there to just defend with that, so I'm looking forward to it.”

The Tyne and Wear-based side knocked Latics out of the Papa John's Trophy in the same stage of the competition last season, but Keillor-Dunn aims for revenge against them.

“You always want to do one better and you want to get further than that last time. Obviously, it's the same opposition at a different stadium, but going forward we’ve got to learn and adapt to different surfaces and opposition.

"As I said, we want to better our position in the cup from last year and get further and get to that next round (Last 16). It's a good test for us against the holders and I believe that we've got more than enough in that dressing room to win the game and turn things around.”