The midfielder who has had an eye-catching start to 2021 spoke to iFollow Latics on the frustration of not being able to back the performances up lately due to postponements.

Speaking on his motivation to improve and looking back at his performances in January; “It's really good to be recognised for your personal contribution. It's nice to get nominated and win one but it shows it's not just me, it's the lads who have all been working really hard to get more positive results. The gaffer and the full squad are really buying into what we need to do here, if we play well we all benefit from it in the end.

“Personally for me, it's nice to get a few more goals as well and keep adding to my tally for the season. We're just over halfway through now and I’d like to do a little bit better in the second-half of the season, so if anything it can push us on even further and we get up and around the play-off positions which is what everyone wants.”

He added: “I think, when you come into a new league there's always a little bit where you have to find your feet, you get used to the hard work that is needed and you start to understand the gaffer and the assistant more and more. So maybe people have looked at the improvements I’ve made since I arrived.

“I’ve mentioned it before, but when I've come more central I’ve felt more confident in the way I can influence games, but the gaffer has also said to pull the trigger a little bit more and I’ve got to shoot when I get an opening.

“If you don't shoot and take your chances there’s always someone else waiting to take your place so if anything the competition created in the midfield area has made everyone step up their game at least.

“Getting a few more shots off and then getting forward into the box helps massively. And if you're in there around the danger area you’re always going to be a threat to the opposition. So I think that's the two main things that stick out.” 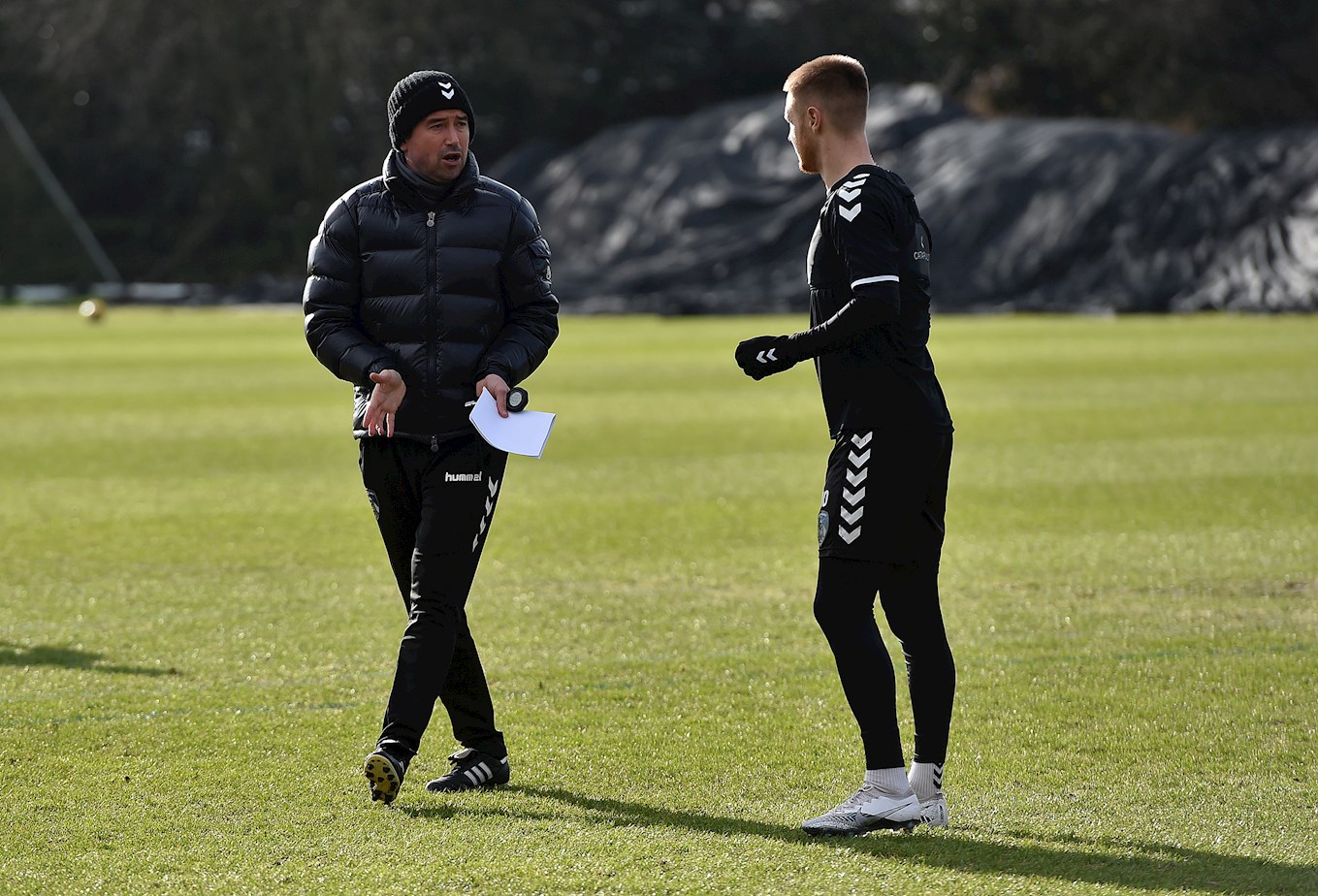 With the last bit of action being his stunning goal to beat Salford City in the final minute, Latics have been without a fixture since, with postponements to the Scunthorpe and Exeter games being because of the weather conditions.

“It's a nightmare because you want to go out there and put a few wins together to climb the league. It’s obviously frustrating because we've come off the back of two good home wins in Newport and Salford, so it was good to see our home form improve. Everyone was a little bit excited about that to keep improving and then it's all been put on hold due to the weather.

“We've already had a lot of challenges especially with the rules we have to follow for the virus to make sure everyone keeps safe and healthy and then the difficult weather conditions come and is another thing, but you've just got to keep focused and keep doing the right things by training well.

“It's been a great standard and with the new additions coming in the boys are getting to know each other a lot more by having two full weeks of training. It just feels good around the club and we know the games will start to come thick and fast again very soon so we have to be ready.” 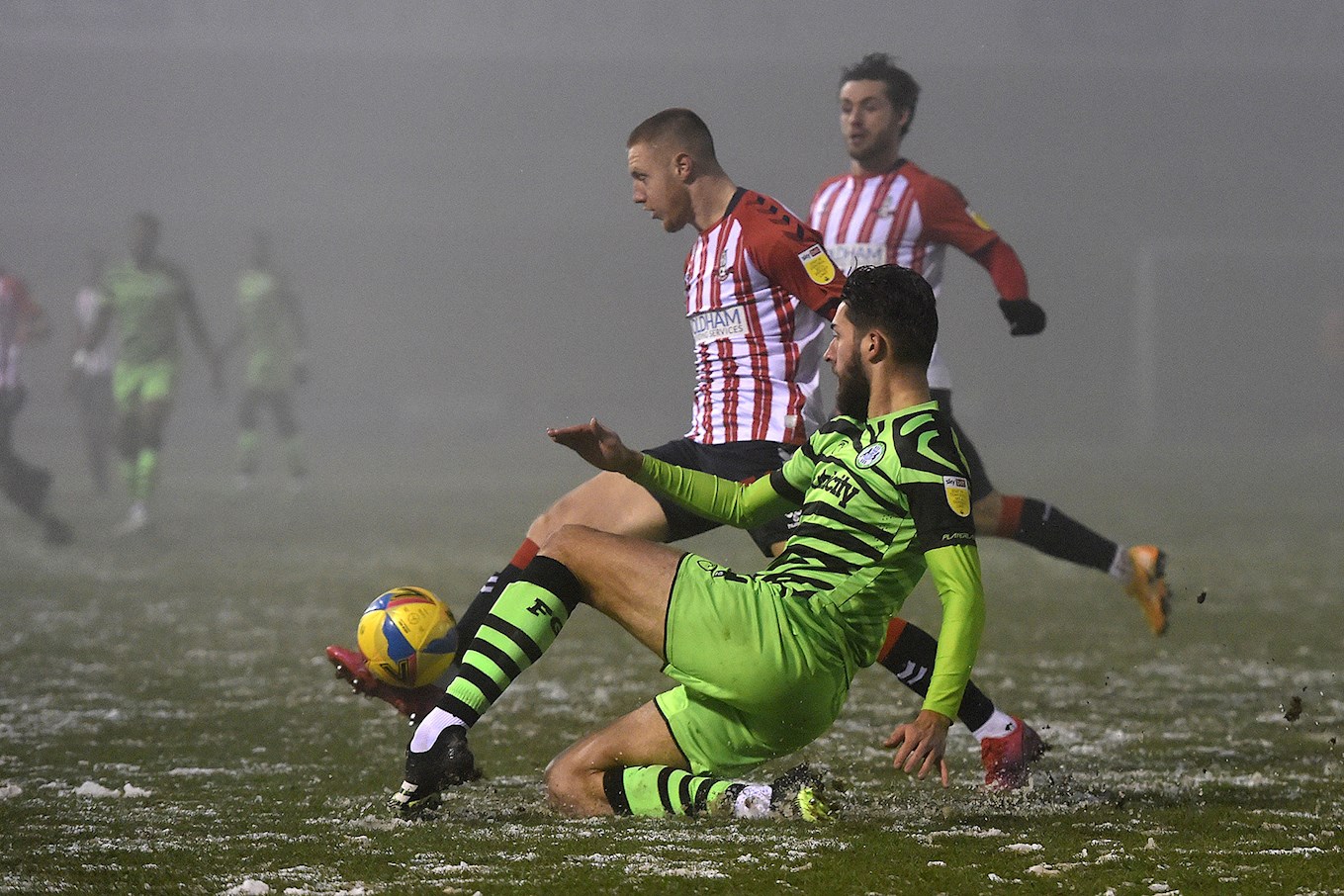 If all goes according to plan with no further disruptions, the next competitive fixture will be a trip back to Gloucestershire on Tuesday night after the abandonment at the start of the New Year.

That’s 17 days since the last time Latics played but will kick-start a Tuesday/Saturday schedule that will last for five weeks. A drastic change in circumstances and preparations.

“The one positive to this has been the boys who have had little niggles have given them time to recover properly. I was speaking to Ben [Garrity], he’s one of the lads having trouble with his ankles and said yesterday it’s given him more time to get to full fitness. So in terms of that, it's been really good to get the boys back in training at full strength.

“I think everybody knows when you come to England you're going to have to be prepared for these sort of schedules.

“We know it’ll be a busy and hectic finish but should be exciting too. It's about getting everybody in the right condition to deal with the demands for two but maybe even three games in a week together if we have more games called off for whatever reason.

“There’s going to be a lot of rotation so all the boys need to be fit and raring to go which we are. We'll now make sure we get another good training session in over the weekend and get the legs ticking over.

“You don't want weekends off when there's games coming thick and fast like this, but like the gaffer says we need to deal with the situation and make sure we're ready for Tuesday.”