Latics midfielder Davis Keillor-Dunn is the Sky Bet League Two Goal of the Month winner for January, receiving 43% of the public vote.

After missing out on the monthly player accolade from the league, he scooped the PFA Fans' Player of the Month award instead and collected these in the week, winning both the public votes in what has been a fantastic start to 2021 for the 23-year-old.

The converted winger was coolness personified as the ball broke to him. Sizing up the target area, he swept the most laconic of shots off his instep in a delightful arc into the Salford net. 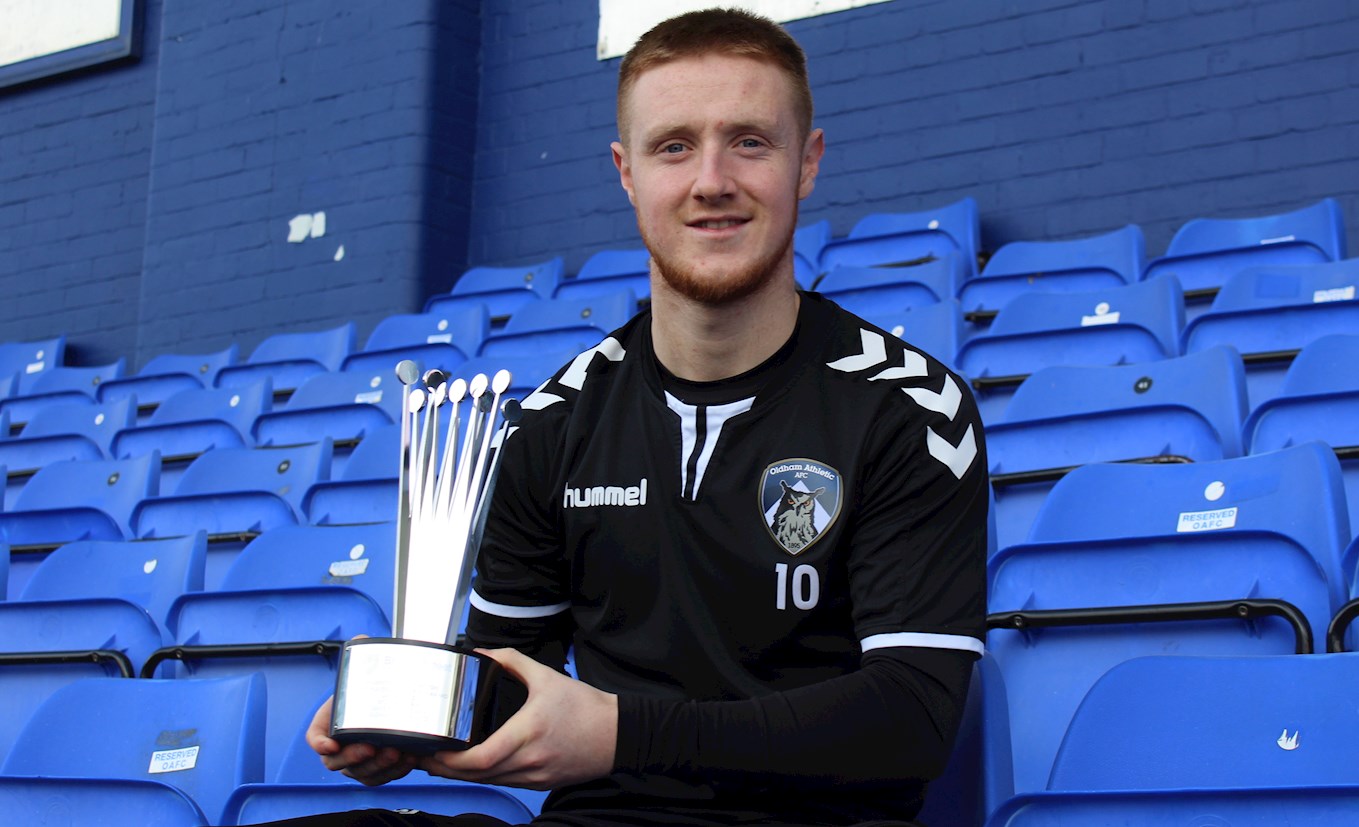 Keillor-Dunn also pictured with his PFA Fans' Player of the Month award for January.

On his second personal achievement in the same month, Davis said: "The goal itself, I think it's more of the occasion it was scored and what it meant for everyone at the time. It was a nice tidy instinctive finish and with it being late on and the winner it’s up there with one of my best efforts.

"It’s great to get an award like this and caps off a really good month for me when I look back at it. It’s up to me now though to keep performing consistently and look to keep adding goals to my game.

"A big thank you to the supporters who voted for it too, it’s massively appreciated and it’s always good to know they’re backing you even though they still can’t be here in person with us."

The winners of the Sky Bet EFL Goals of the Month were chosen after a fan poll on Twitter, with the shortlist for the poll being decided by a judging panel comprised of Sky Sports’ EFL expert Don Goodman; Sky Bet Sponsorship Executive Matt Goodwin and EFL Senior Media Manager Rob Meaden.