A double from Jim Simms was added to by substitutes Aaron Atkinson, Junior Luamba and Benny Couto as the U18s capped a fine all-round performance in style on a cold Saturday afternoon at the Vestacare Stadium.

Having taken an early lead through Simms, Latics were in control throughout, playing on the front foot and producing some excellent attacking football. They underlined their dominance with four goals in the second-half, leaving Benachour pleased with the continued progress of his group.

“We played well and we were very good in the game, especially in the first 20 minutes when we scored,” the Youth Team Manager said.

“After that, up until half-time, we didn’t take our chances as much as I would’ve liked but we can take confidence from this. In the second-half though we controlled the game and we made a very good go of it with our positioning and playing with confidence.

“We also had some U16s feature today against their young side, so we asked them to play with some personality and to express themselves and they did just that.” 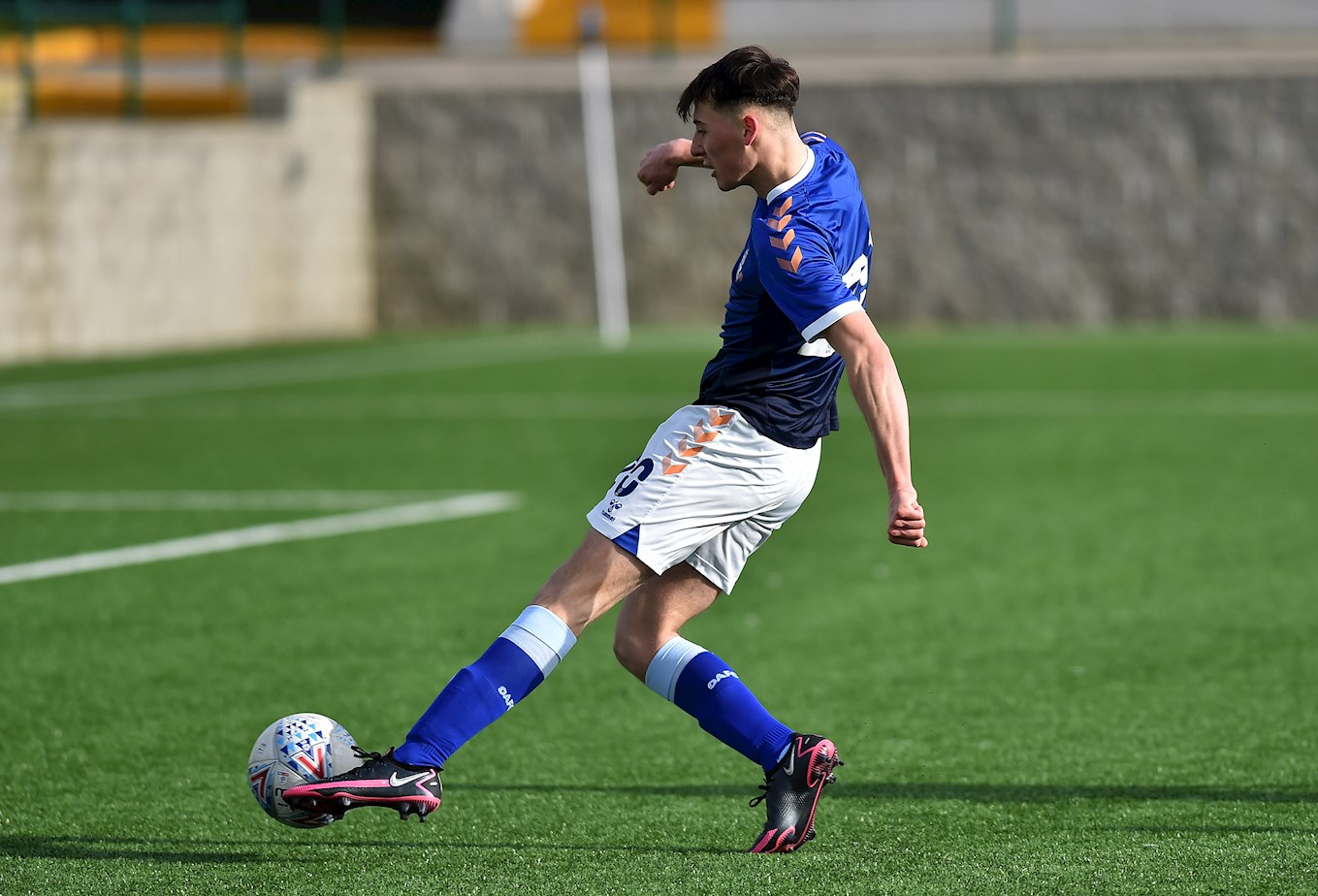 Simms opened the scoring inside 11 minutes, sliding home a low finish after fastening onto a through-ball inside the area after good approach work from the young Latics.

There was real confidence to the Oldham performance as they continued to force the issue, Simms was inches away from connecting with Harry Vaughan’s cross after a good run to the by-line before Kane Badby shot over after clever individual work.

If Latics didn’t get their full reward in the first-half then they did after the break, Simms doubling his tally shortly after the re-start to finish off a weaving run and delicate footwork from Vani Da Silva.

Although Walsall pulled a goal back, there was no let-up from Benachour’s side, Trey Turner sending in a low right-wing cross which was converted by a confident first-time finish from Atkinson.

Luamba added the fourth midway through the second period with a delightful turn inside the box and finish, before chances for Atkinson, Da Silva and Luamba again as Latics continued to press.

Couto rounded off a dominant performance by angling in a low shot after a crisp exchange of passes with Simms, who was cruelly denied his hat-trick in the closing minutes, the off-side flag being raised as converted the follow-up from Luamba’s initial shot.

“When we scored we were clinical and worked the ball well but at times we switched off and could’ve got punished if we weren’t too careful,” Benachour added.

“Some of the players looked tired which is understandable because we train hard through the week which has its benefits in the long run, but the freshness of the U16s that we introduced was the most pleasing element.

“We’ve also had Harry [Vaughan] training with the First Team recently so he started to tail off a bit as well with the demands but it was expected as the players are now starting to catch the eye and improve which has always been our aim.”

Scoring twice, Simms led from the front throughout and Benachour was pleased with the efforts of his striker, adding: “He's a very good player and my top scorer which shows how important he is but that he’s another playing with confidence.

“He does the simple things well, works hard for the team and with Junior [Luamba] coming back from an injury there’s competition in that area of the pitch again which will only improve the both of them in future games.”

He continued: “I’m starting to see more improvements from the team and the most proud thing for me from the game is one of our goals came from a 20-pass move. That’s the type of football I like to play, controlling the game and attacking in the right areas when space is created.

“These are the things we work on and are starting to see the benefits in game which gives everyone confidence. But now we have to keep focused and working hard as the next challenge is around the corner and we have to make sure these players keep improving to help them become professionals.”