Despite no midweek fixture the Head Coach reflected on a busy few days of transfer activity as well as preparations ahead of hosting Newport who are still flying high in the table.

Looking ahead to the opponents at Boundary Park this weekend, Newport are still a side fighting at the right end of the league despite a drop in form.

“The preparation has been good. We've had a week to obviously study a lot more, especially with the games coming thick and fast, Newport were in action against Cheltenham.

“That was an interesting game to watch and we took a lot of information from it. They’re a very good team that can play a number of ways, such as 3-5-2, 4-3-3 or 4-1-4-1 and have got decent players that can play those certain formations effectively.

“It was surprising how they got their goal from a goal kick, so that's something else we're going to have to be wary of. But like I said, Chetlenham are very good but at the end of the day Newport took their time and they got into the game and, you know, near the end of it they could have won it. So it's going to be a very tough game for us.

“Obviously this week with the weather it's been difficult to get out on the pitch for longer periods but we've managed to get the sessions that we wanted to do. We know the forecast for Saturday is different, there's a possibility of snow. So that's another factor we have to learn to adapt in our own surroundings the best way we can.

“But like I said, we're ready for the challenge and we want to play the top teams of the league and Newport are one of the top teams so we still have to respect them, and we will be ready for the challenge. We went down there, we put in a very good performance, especially in the second-half and we've got our reward. And I'm sure they’ll want to correct it, so it's going to be a very tough game for us but we have to be ready from the outset.” 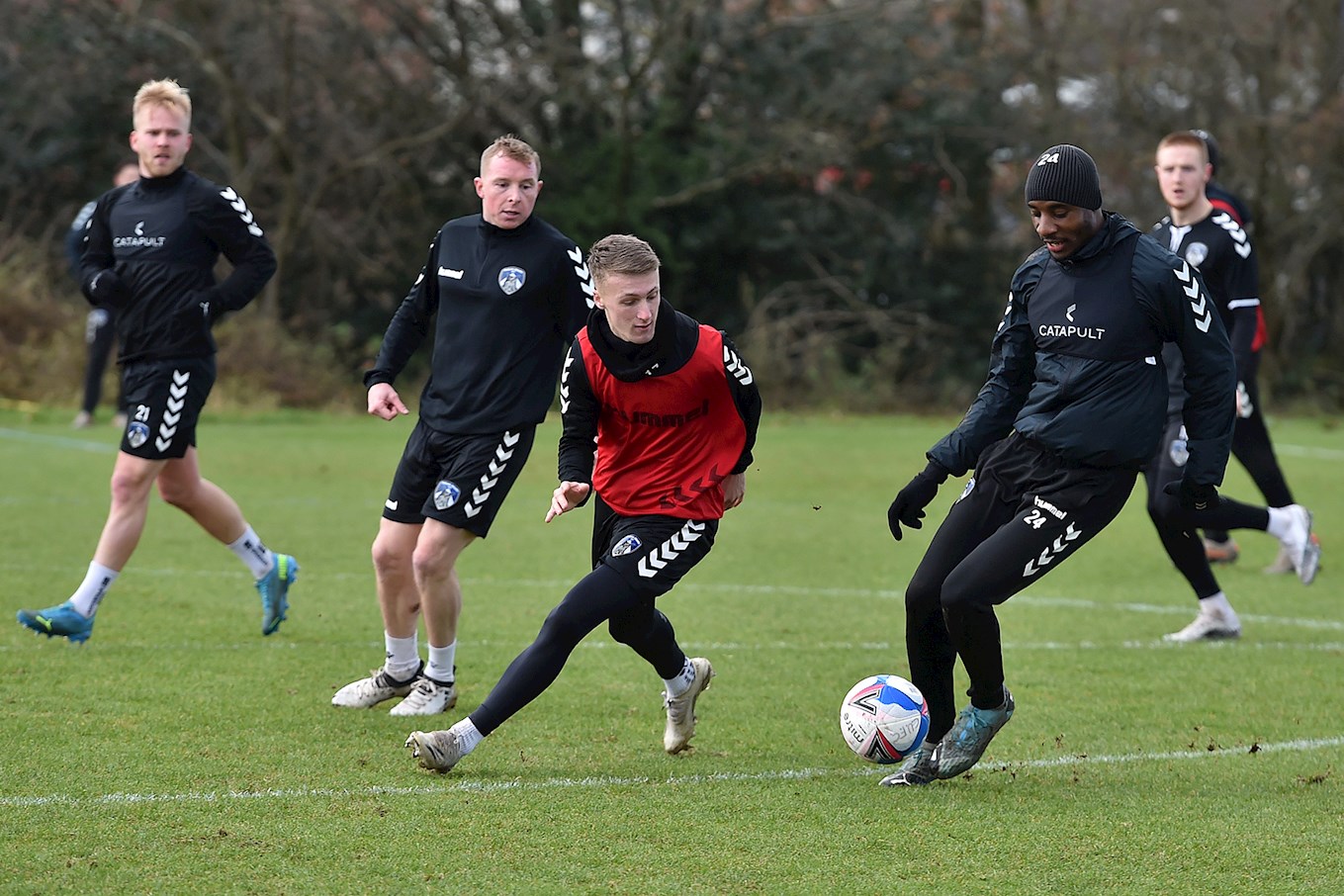 Earlier this season, his side headed down to Wales and beat Newport but Kewell says that result has been and gone and they have to be focused once more otherwise the things could be easily reversed.

“Yes, they're a slightly different team since we last met and lost some of their key players, but they have others that didn’t play last time that can have an impact this time round.

“There’s players there that I’ve tried to sign in the past so I’m aware of the individual talent they have and overall they still have an exciting team. As I mentioned they can play three or four different ways.

“I'm just hoping that we get a good game of football and we work hard. If we create and try to take our chances well at the first time of asking, then that's fantastic, that's all I can ask from my team.”

“Obviously, the weather is playing a major factor in a lot of games now, so we have to be careful. Even though the ground staff are doing everything they can to get the Boundary Park pitch perfect, and it is still in a very good condition, sometimes you just can't help the weather so that has a factor in the way you want to play and how you want to set your team up. But again, we have our plan and our ideas, and we have to stick to it.”

Away from preparing for the next fixture, there’s been notable incomings and an outgoing and the Head Coach was quick to heap praise on those players.

“Look, we’re disappointed as you never want to see your good players go. But it's something that Danny was happy with and was in the best interests of the club financially.

“He changed his game for me, which I liked. He wanted to learn and like I said, I wish him all the best and hopefully he can continue to improve as I think he's still got a good future ahead. But for us, we have to reorganise and regroup and we do have a few players that are coming in which are excellent and I'm excited about.

“Nicky has been a player that I have been after for a while. The opportunity came up that we could get him this time round and I didn't hesitate because he's got an attitude and a desire to win.

“You can see it in his eyes, he wants to win, he wants perfection. He’s very fit and strong and has experience of promotions, so he knows how to win regularly and he knows how to do that as he’s an excellent talker on the pitch.

“His standards are high and that's what we need. So for me, having him on board is fantastic. I think he will hopefully help take the team to another level of stepping forward.

“With Marcus, he's an interesting one. I see a lot of potential. He's got a hunger in his belly, he’s just got to trust himself and when he does that, I can see some exciting things happening from him.”

Whilst adding bodies in attack minded position, one notable absentee will be Zak Dearnley who is still recovering from another injury in the last fixture at Boundary Park.

“Unfortunately Zak will still not be ready. But, like I've said, from the very first day I've walked in here I want to create competition.

“It’s to make sure the players keep themselves in the best shape possible and also impress me in training to get to the starting XI and that's the only way you improve them.

“For Zak, he’s had another slight setback but he’ll come back stronger and should be back involved with us sooner rather than later. He’s still got that determination to improve, get fitter and stronger and with the right mindset he has, he still has a lot to offer this season.”

With the campaign at the half-way point, the man in charge on the touchline was philosophical but also upbeat about what the future holds.

“We're not in a position where we would love to be. So we need to work very hard in the second-half of the season to improve and keep our season alive and interesting to the end.

“I've thrown a challenge down to my players and they've accepted it. So we will see soon how they handle that.

“We’re not going to give up, we're going to keep working hard. We need to start giving the loyal support this club has with more memorable and winning performances, especially at home, as they’re understandably hurting and it’s up to us to change that for the better.

“We’ll need a bit more patience at times, but I’m very confident we’re building some good foundations here on the playing side that will benefit us in the long-term.”