Latics are back at Boundary Park as they face Salford City in Sky Bet League Two action this weekend (3pm KO).

Harry Kewell’s men will be hoping that they can bounce back from a 2-0 defeat midweek against Cheltenham Town at the Jonny-Rocks stadium. 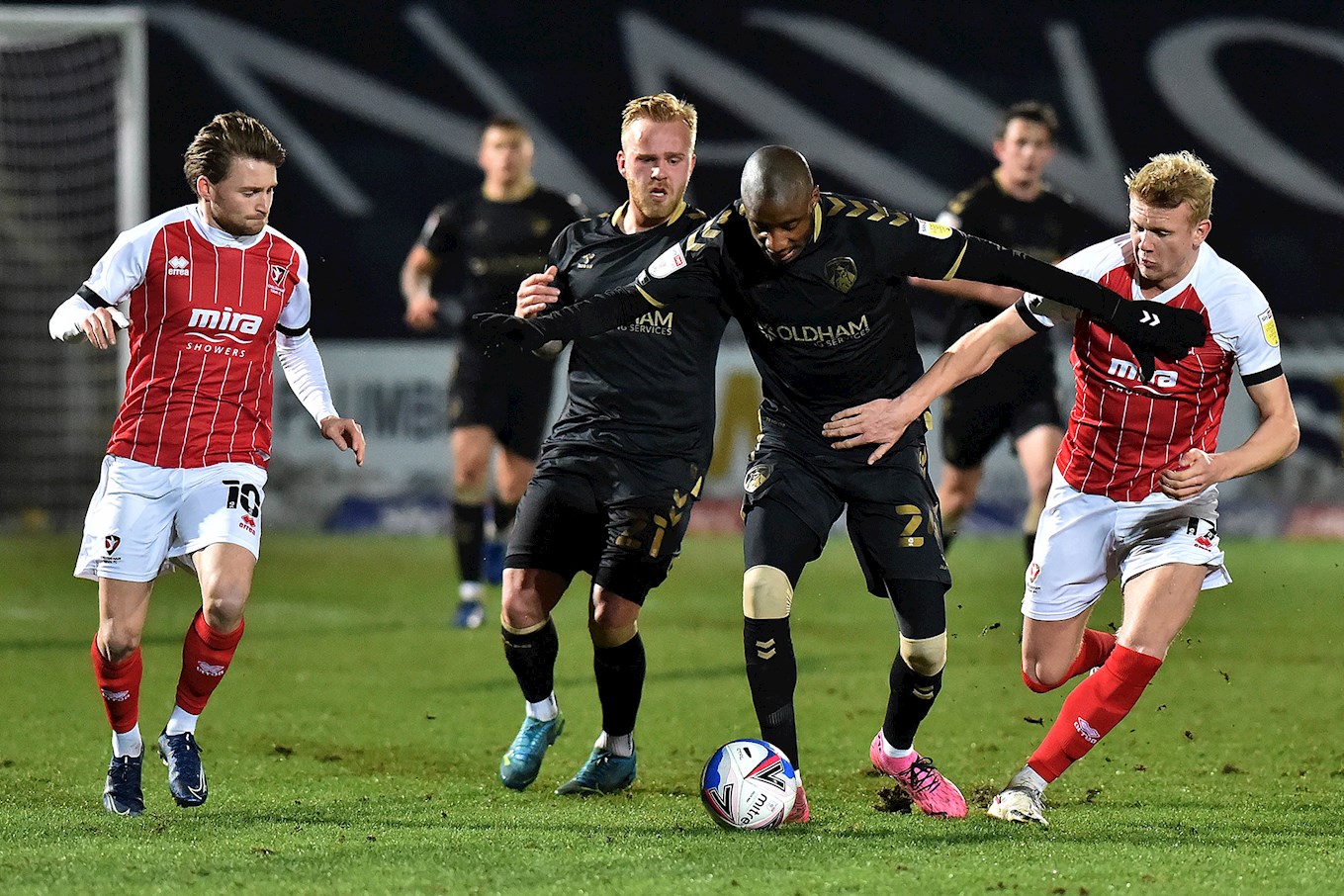 Salford have drawn their last two games which means that they are unbeaten in three. The Ammies have been hard to beat, having lost just two out of their last 10 games.

They also boast a good defensive record and have kept a clean sheet in four of their last seven outings.

Salford currently occupy the last playoff place in the league and will be hoping to boost their promotion hopes when they come to Boundary Park.

Latics are still looking for their first competitive win against Salford.

When the sides met at the Peninsula Stadium earlier this season the hosts win with the goals coming courtesy of James Wilson and Ashley Hunter.

In terms of selection Head Coach Harry Kewell still has Zak Dearnley out in the short-term due to injury but is close to a full return next week.

A decision needs to be made again on which loanee will miss out with five only allowed in the matchday squad, with Lawlor looking likely to finally make a return as well.

January addition Robbie Gotts has had a good start to life at Salford. 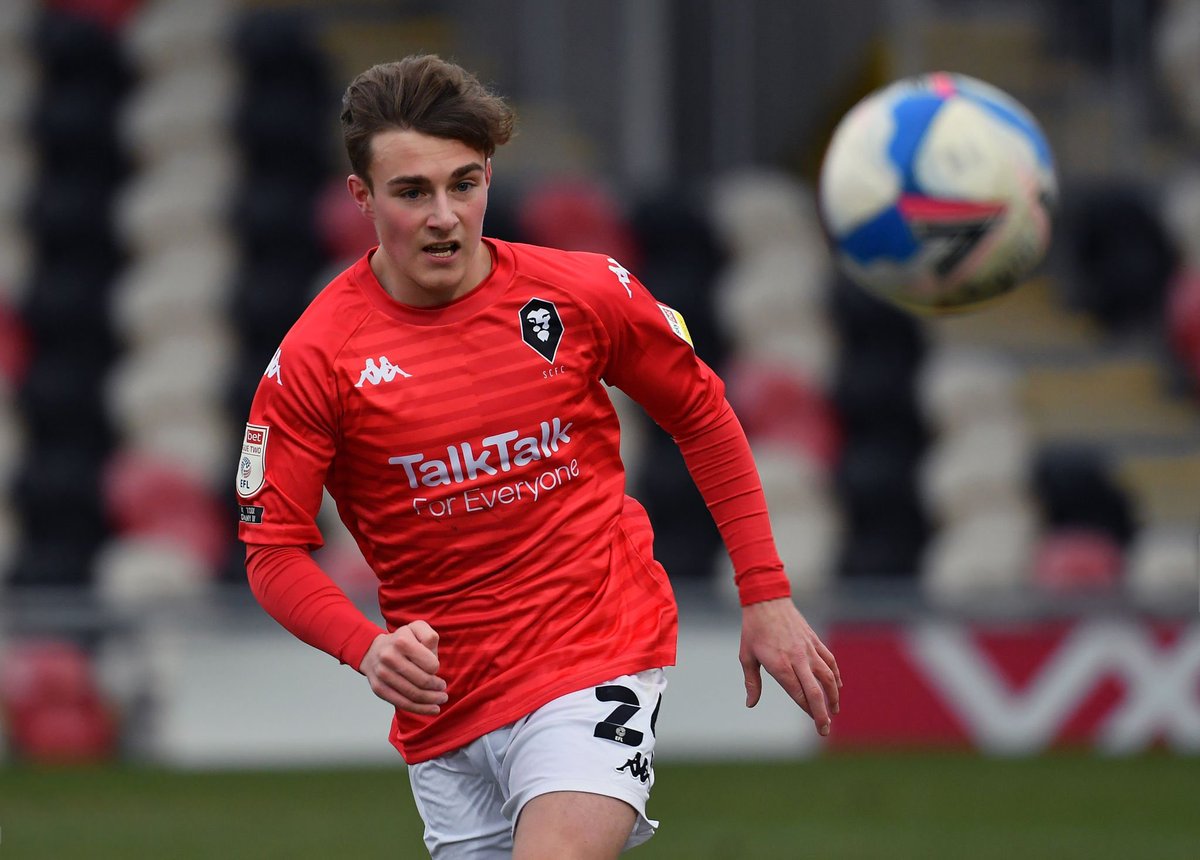 Gotts is on loan at the Peninsula Stadium from Premier League side Leeds United. The youngster is clearly well thought of at Elland Road as he won the LUFC academy player of the year in July 2020.

Gotts was sent on loan to League One side Lincoln City for the first half of the season, but he found opportunities hard to come by and played just 12 times.

Leeds recalled him and he was swiftly sent back out on loan to Salford, where he has had a good start.

In just his second game for his new club, he opened the scoring for the Ammies in the 2-2 draw with Harrogate Town.

He has now scored two in his last three which includes a goal in his final outing for Lincoln.

There is a number of links between the two clubs.

Firstly, Emmanuel Dieseruvwe was loaned to Latics from Salford last season. The young forward’s time on the pitch for Oldham was limited as a result of injury worries and the season finishing early as a result of the pandemic. 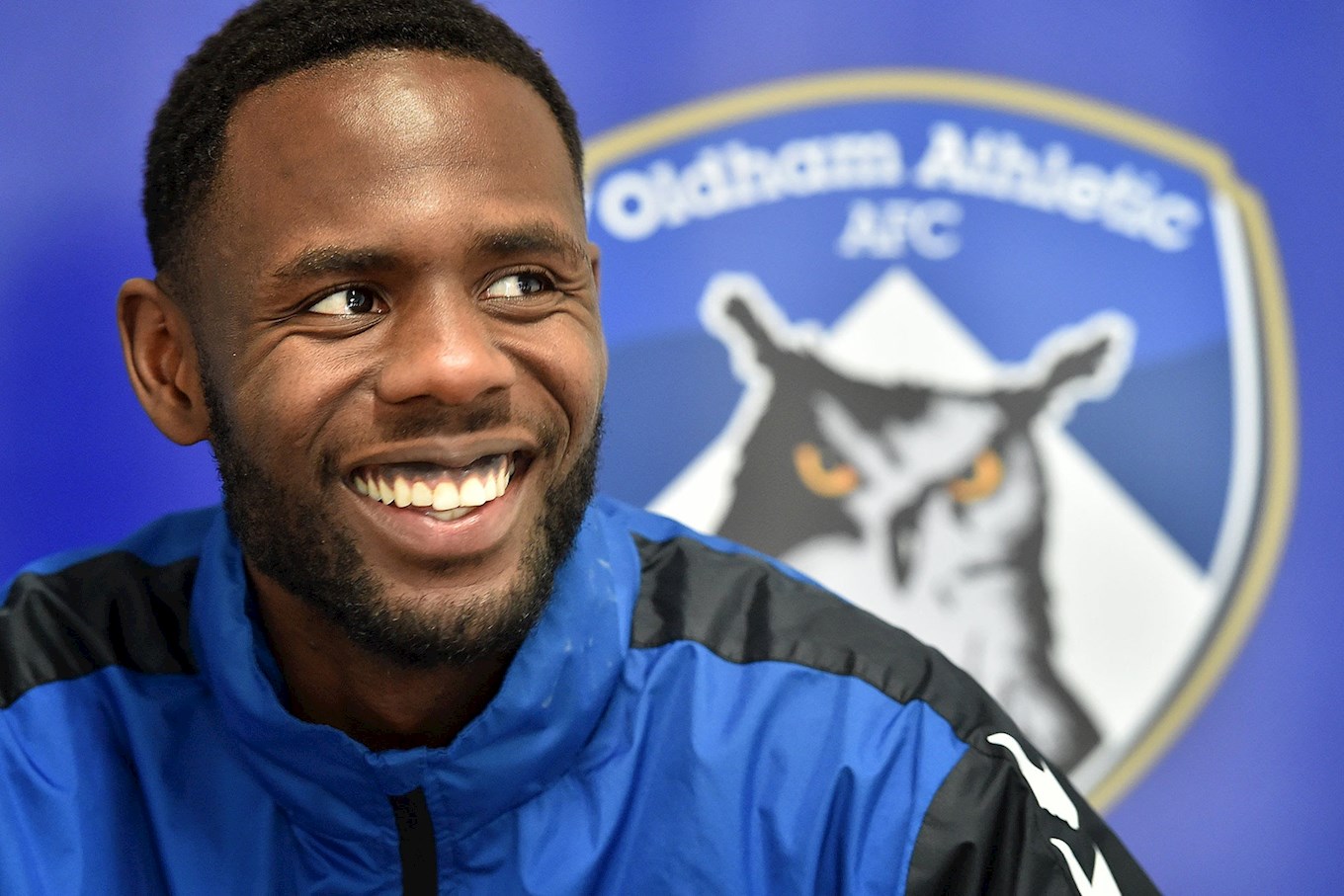 He made just four appearances on his loan and he has played 11 times for Salford this season, netting three times.

Carl Piergianni has also played for Salford. He was a integral part of the Ammies side that won promotion to the Football League for the first time in the clubs history. 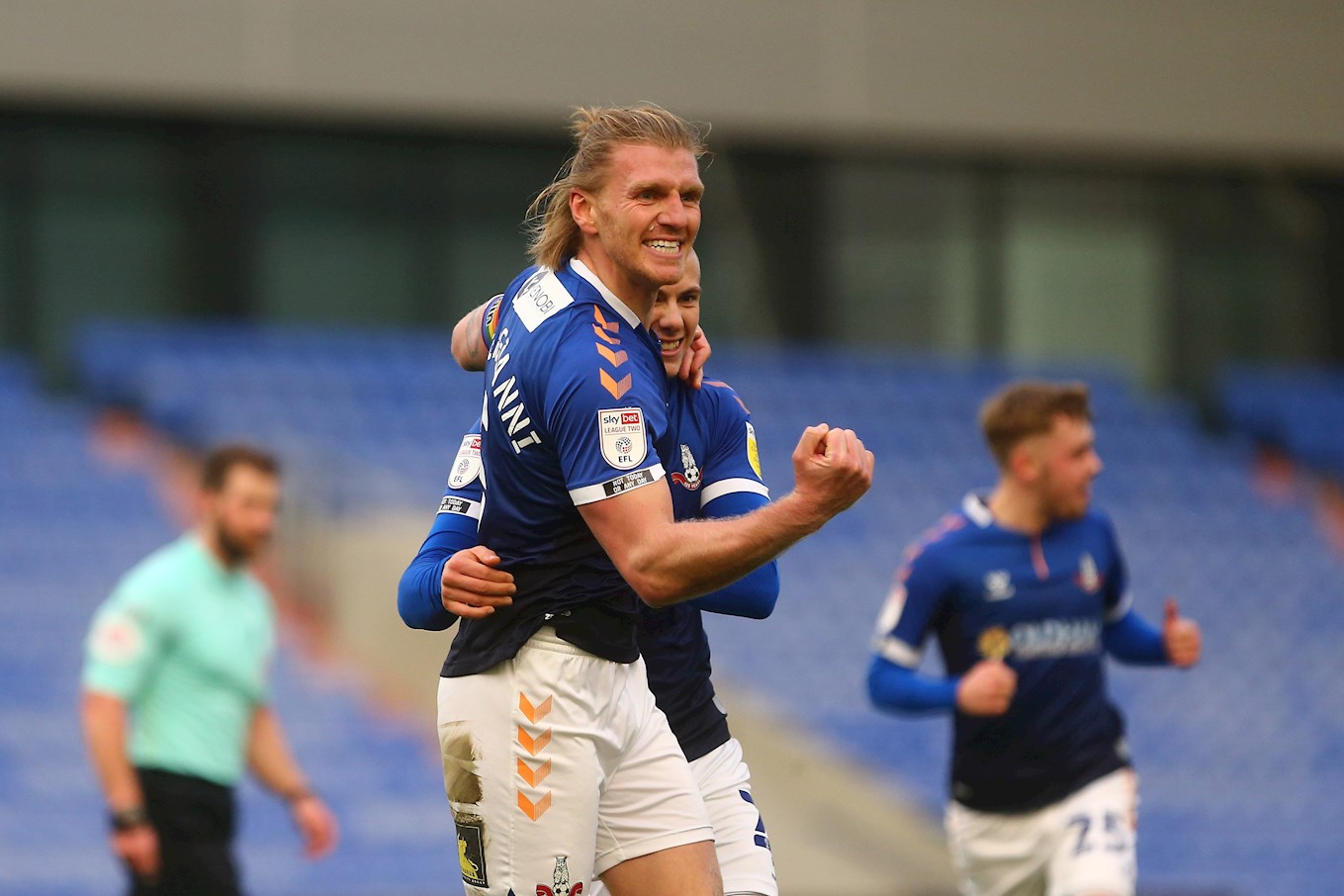 Salford boss Ritchie Wellens has also represented both clubs, both as a player and manager.

Ritchie Wellens is the man in the away dugout. 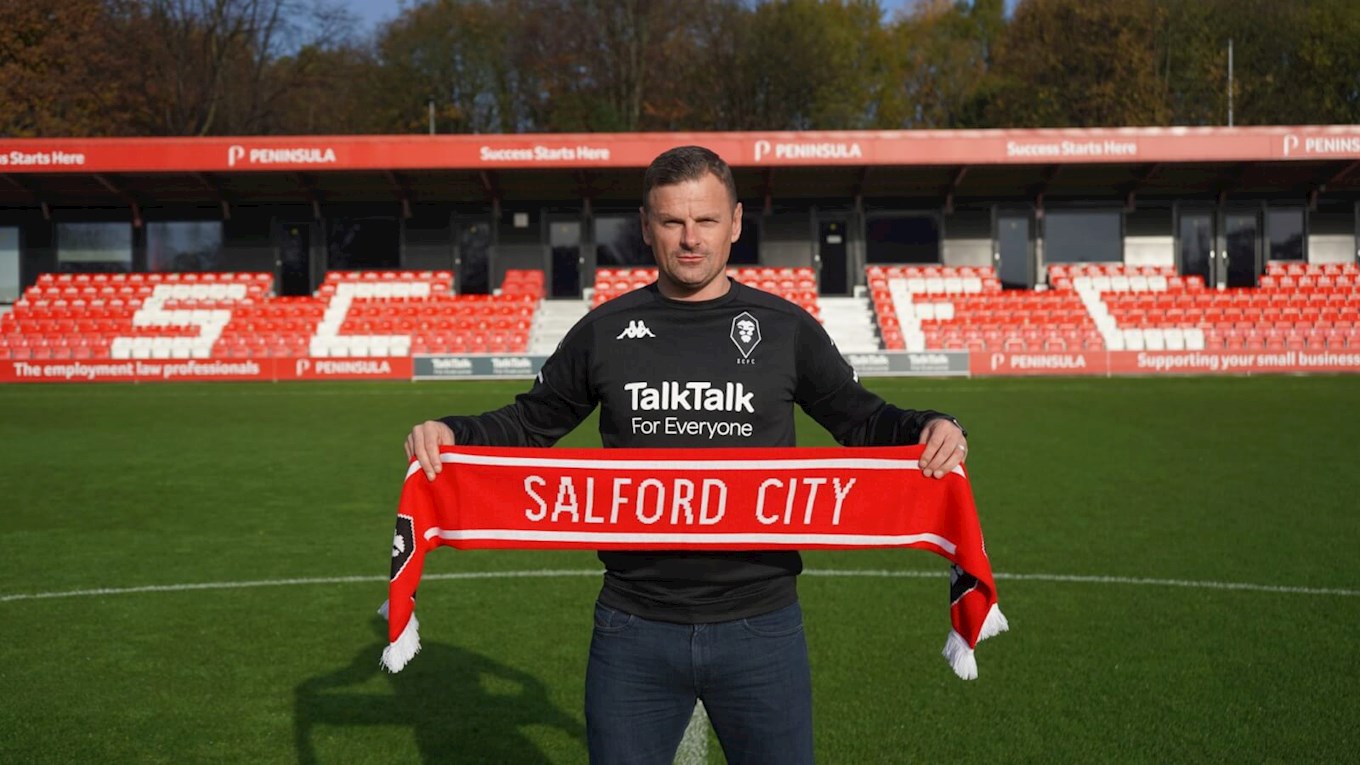 The Salford City job is the 40-year old’s third job in football management. He began his managerial career at Boundary Park before later taking the reigns at Swindon Town.

The referee for the game is Thomas Bramall.

He has taken charge of 18 games this season, handing out 40 bookings and four red cards.

The last time he officiated a Latics fixture saw the boys in blue beat Newport County 5-0 at Boundary Park in February 2020.

Bramall will be assisted by Stephen Wade and Kevin Mulraine with the Fourth Official being Graham Salisbury.

Salford have been made favourites for the game and the bookies have them listed at 29/20.

Latics are 9/5 to make it back to back home wins in the league for the first time this campaign.