Oldham Athletic are delighted to announce a new intake of scholars who will start their two-year contracts with the Youth Team for the forthcoming 2021/22 season.

Formally inducted this month at Boundary Park with their families, the players will form part of the new-look team alongside the second-years who were signed before the pandemic.This means the U18s now have a full complement of players, with a large majority working their way through the younger age groups at Latics as local talent continues to flourish over the coming years.1st Years
(featured in main image)LLYTON CHAPMAN (Defender)Coming into the club at U16s level, he spent his youth career before that at Sheffield United, but has represented the Latics youth team on a number of occasions already. A mix of a traditional style defender with strength alongside being comfortable with the ball at his feet and starting attacking play. 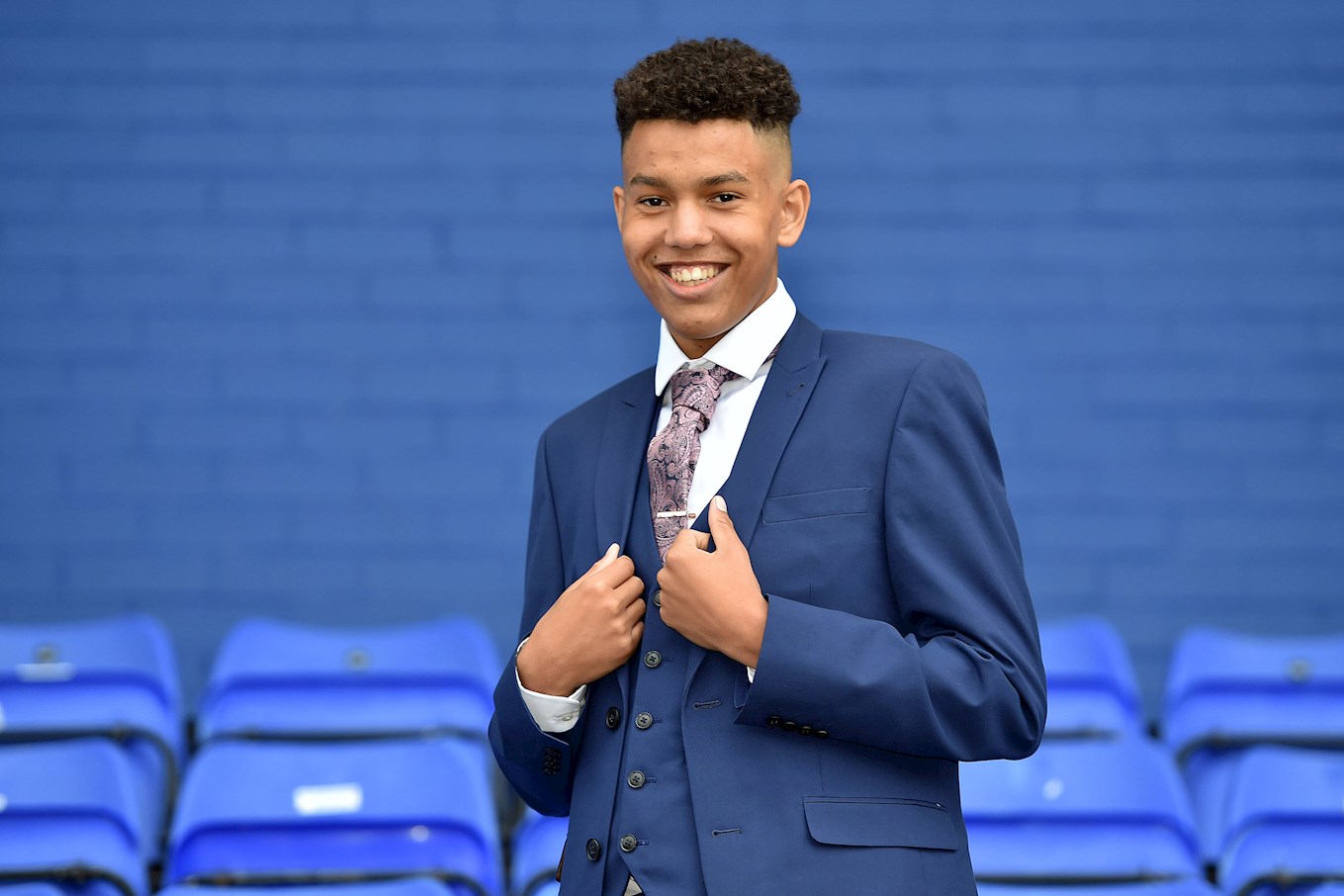 AARON ATKINSON (Midfielder)At the club since U15s, his previous experiences include being at Cat 1 clubs in Manchester City and Blackburn Rovers. A local boy, he is one of the most creative attacking players and has already been rewarded for his performances by playing and scoring in the youth team.The youngest of the group he has immense potential and is an exciting talent to watch. 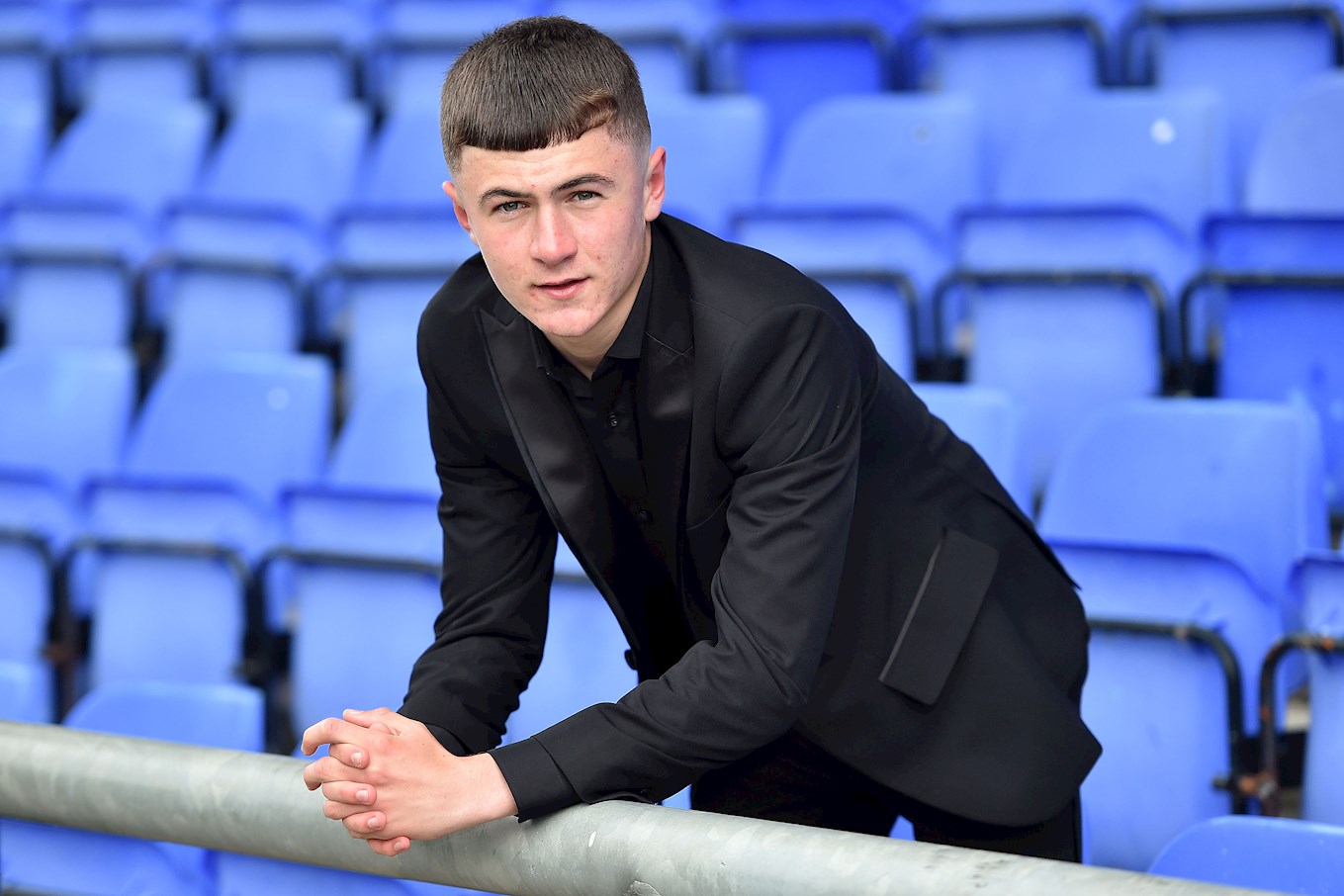 KOFI MOORE (Midfielder)A tricky and gifted winger with pace to burn, he has been at the club from U15s after being picked up from the PFA Academy. He made his debut for the youth team towards the end of last season making a handful of impressive appearances. 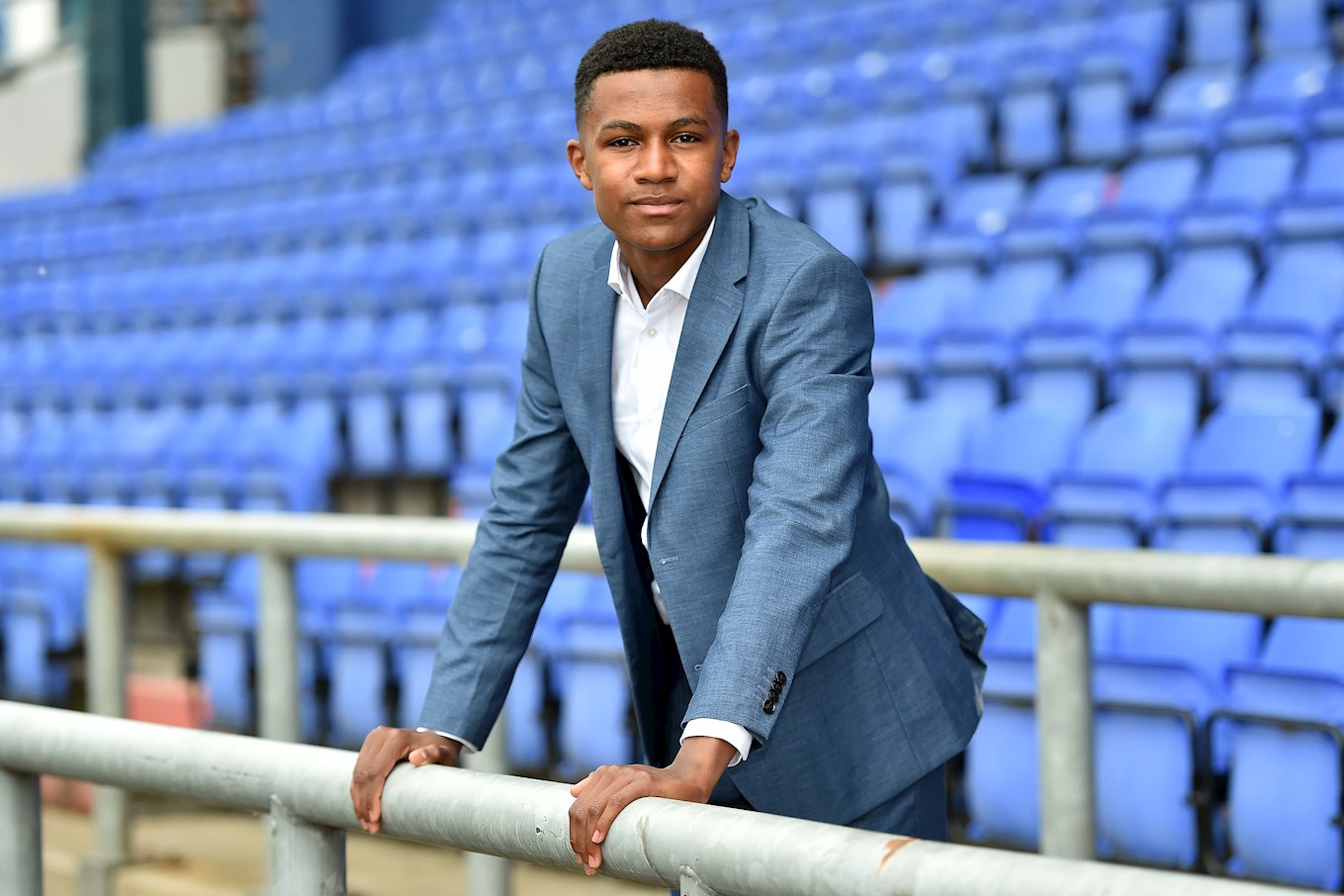 OLI HAVENS (Midfielder)Coming into the setup from U14s, he is another local lad from North Chadderton and has been coached by the club’s staff since U6s level. An all-action, explosive player, he likes to get into the box and score, as well as enjoying breaking up play from the opposition. He has also had numerous opportunities in the youth team already as a result of what he can offer and do. 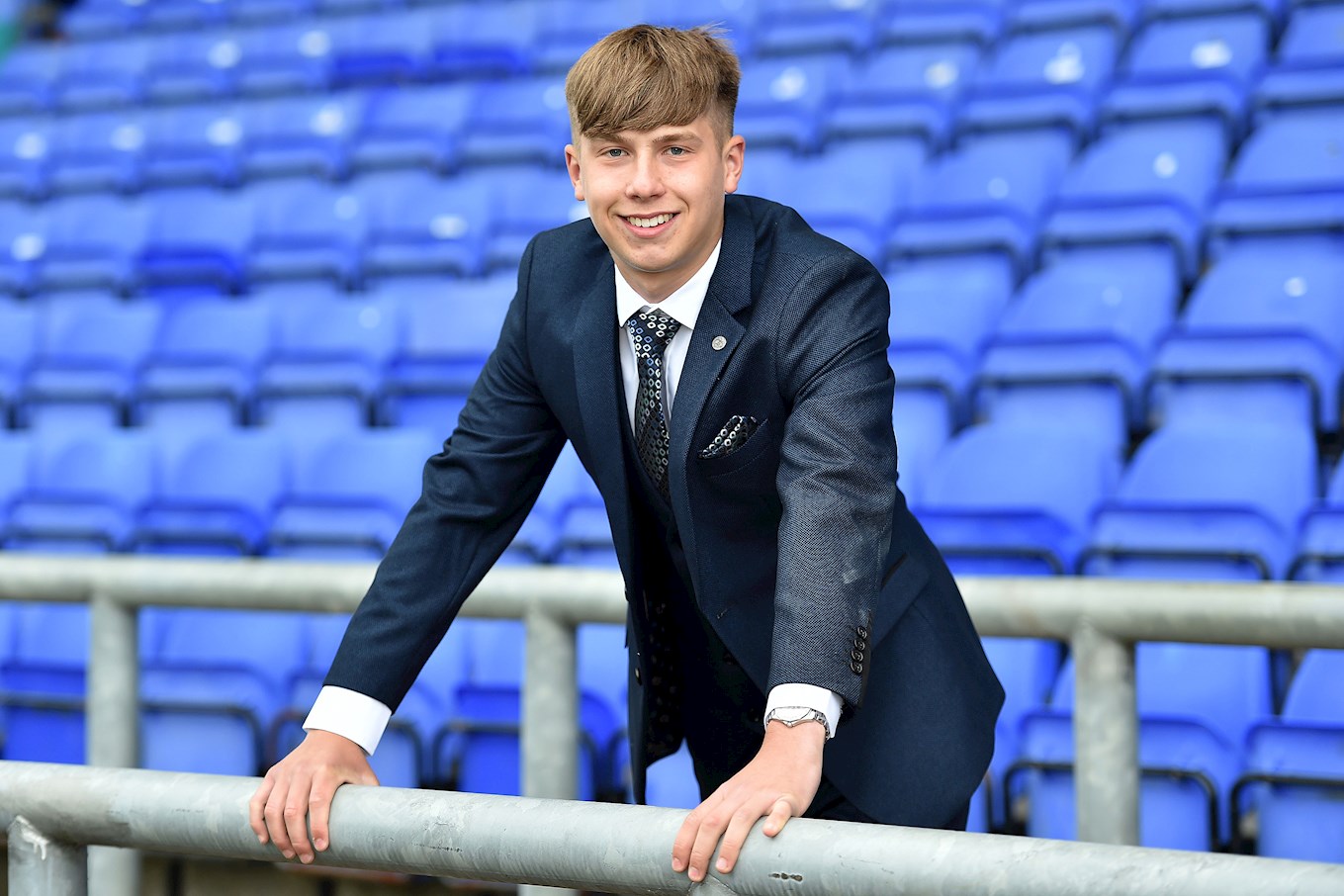 FAVOUR OKEKE (Defender)Joining at U14s, it’s another player who has worked through the age groups and after waiting for international clearance has played consistently from Christmas onwards. An individual with lots of ability, he works extremely hard and is the ideal attacking right-back. 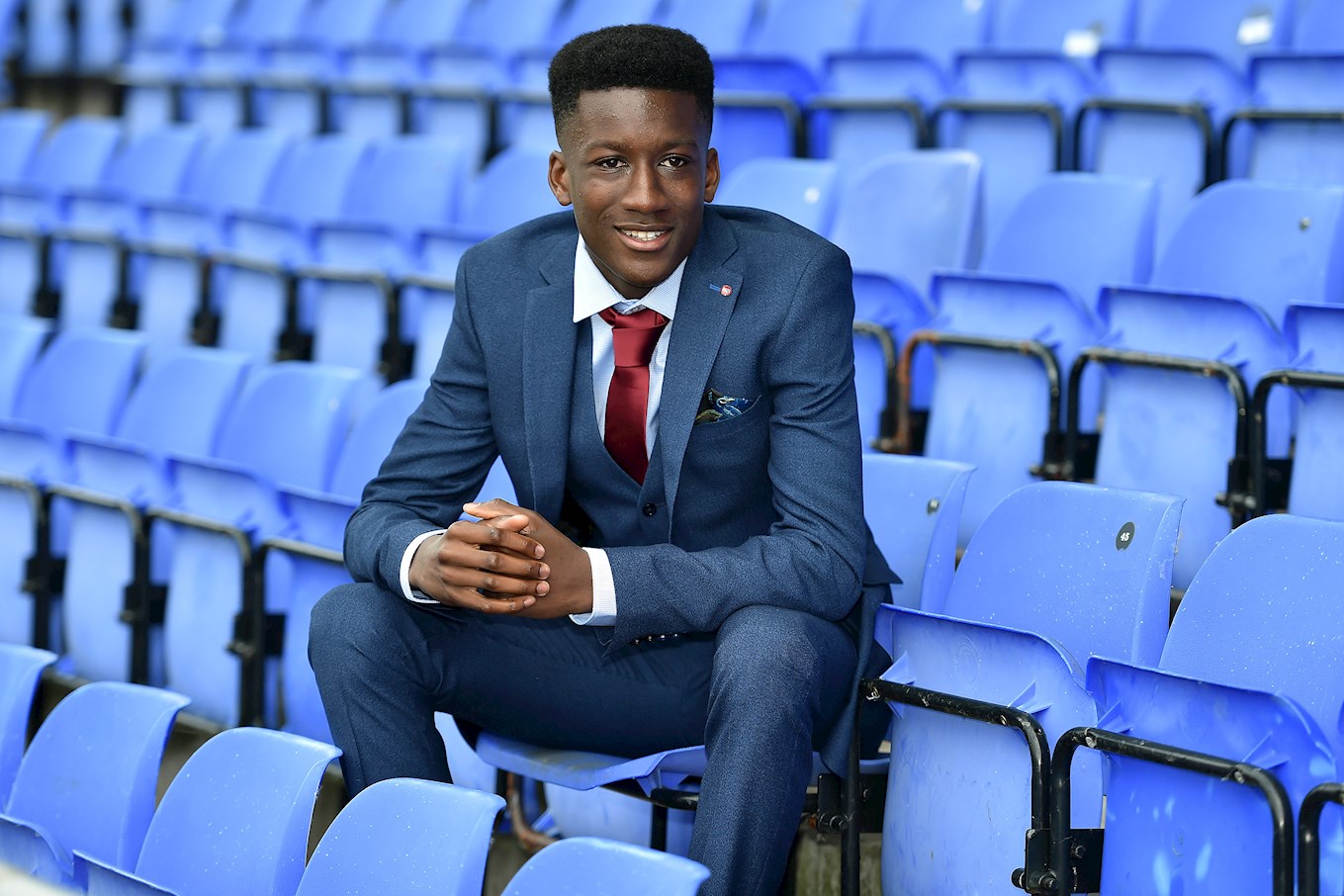 MWORINA DORO (Defender)A strong and powerful player, starting out at the U13s level he can play further forwards.A good, honest aggressive trait he is another who works hard on and off the ball, becoming a real team player. 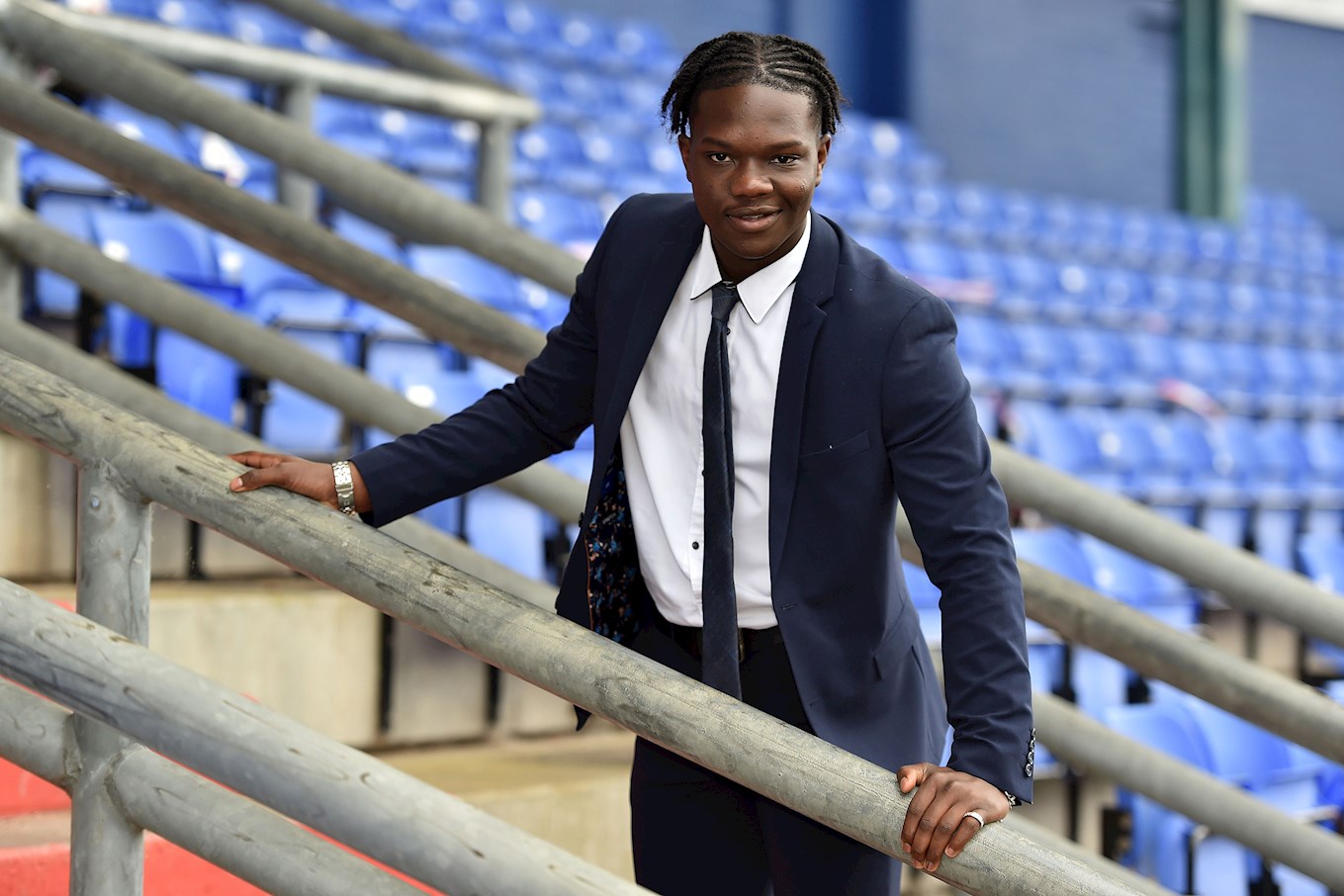 HARVEY GREEN (Midfielder)Coming into the setup midway through the U15s, he officially signed at U16. A creative midfielder who loves to play forward and get on the ball.Comfortable in possession and a keen eye for a pass, he links up the play and can become a vital part of the team moving forwards. 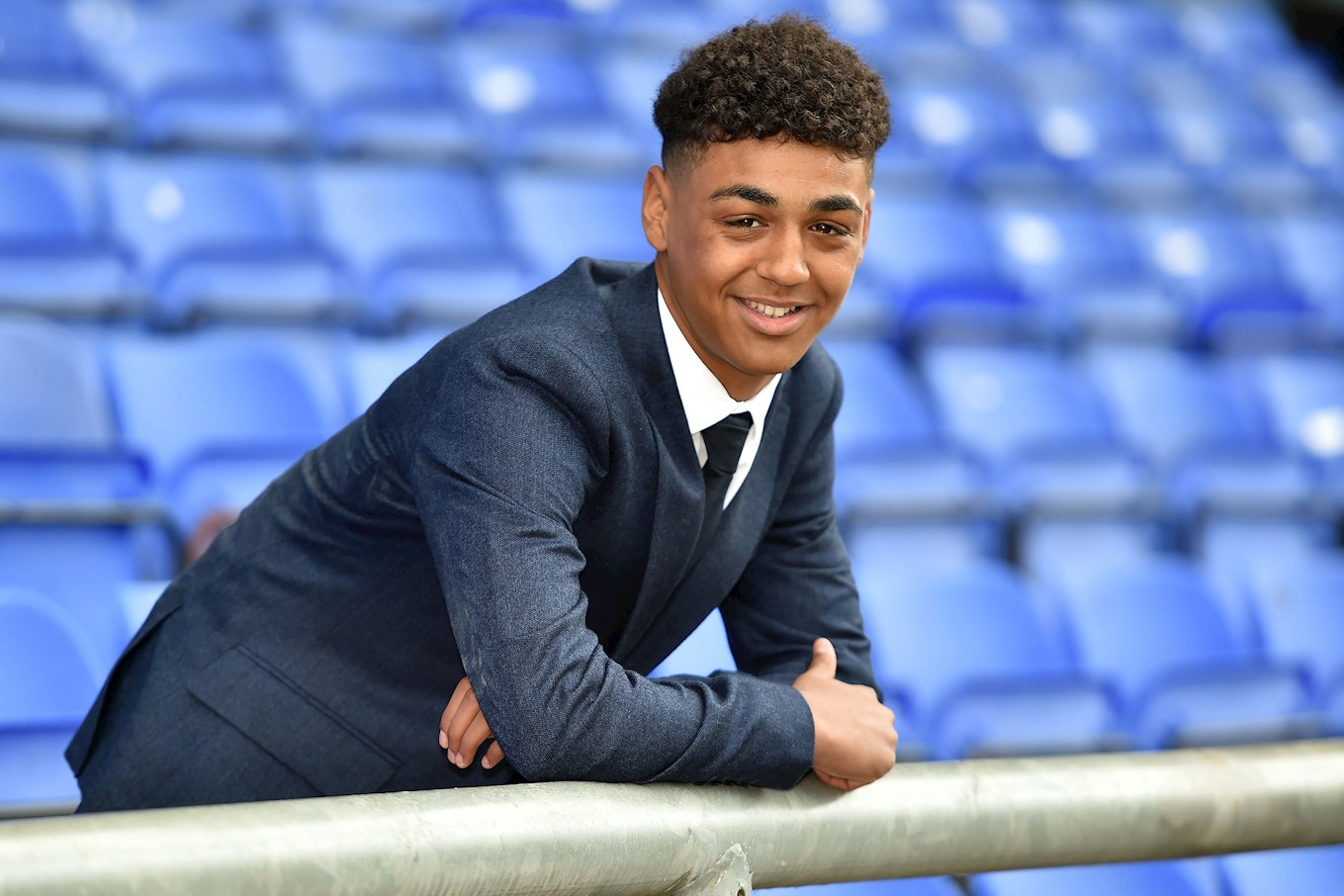 JAKE FORSHAW (Striker)A strong frontman, he came into the club at U15 level from Preston schoolboys and progressed well scoring many types of finishes.Performing well in the youth team already he’s an old type target man with plenty of mobility to unlock defences. 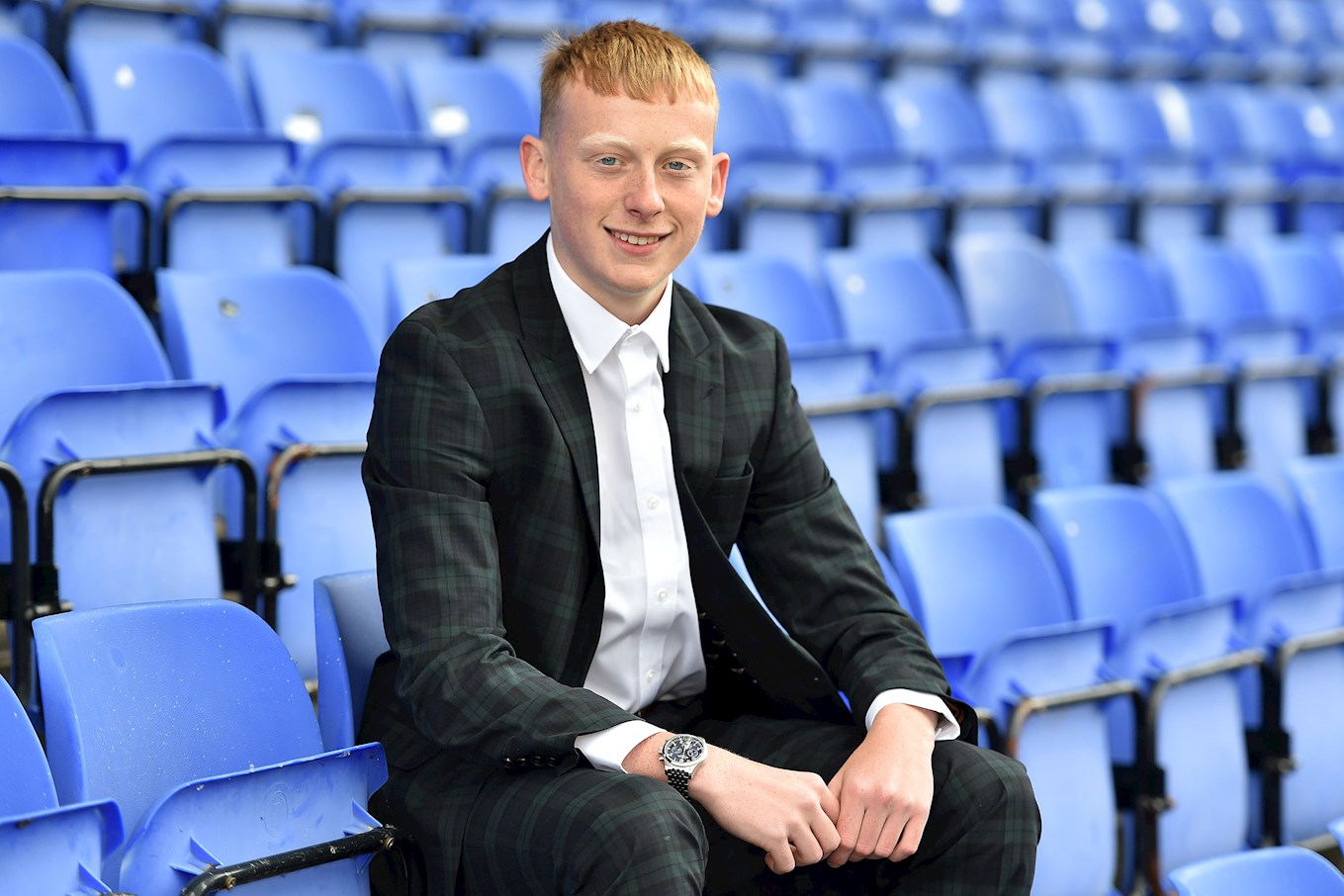 LUKE SOUTHERINGTON (Goalkeeper)A big Latics fan, he’s another local boy from Blue Coat and has been at the club since U12s.He’s developed well over the years, which gave him the opportunity to pursue rugby or football, choosing to remain between the sticks and is a real presence in the goal who will no doubt make the most of the opportunity. 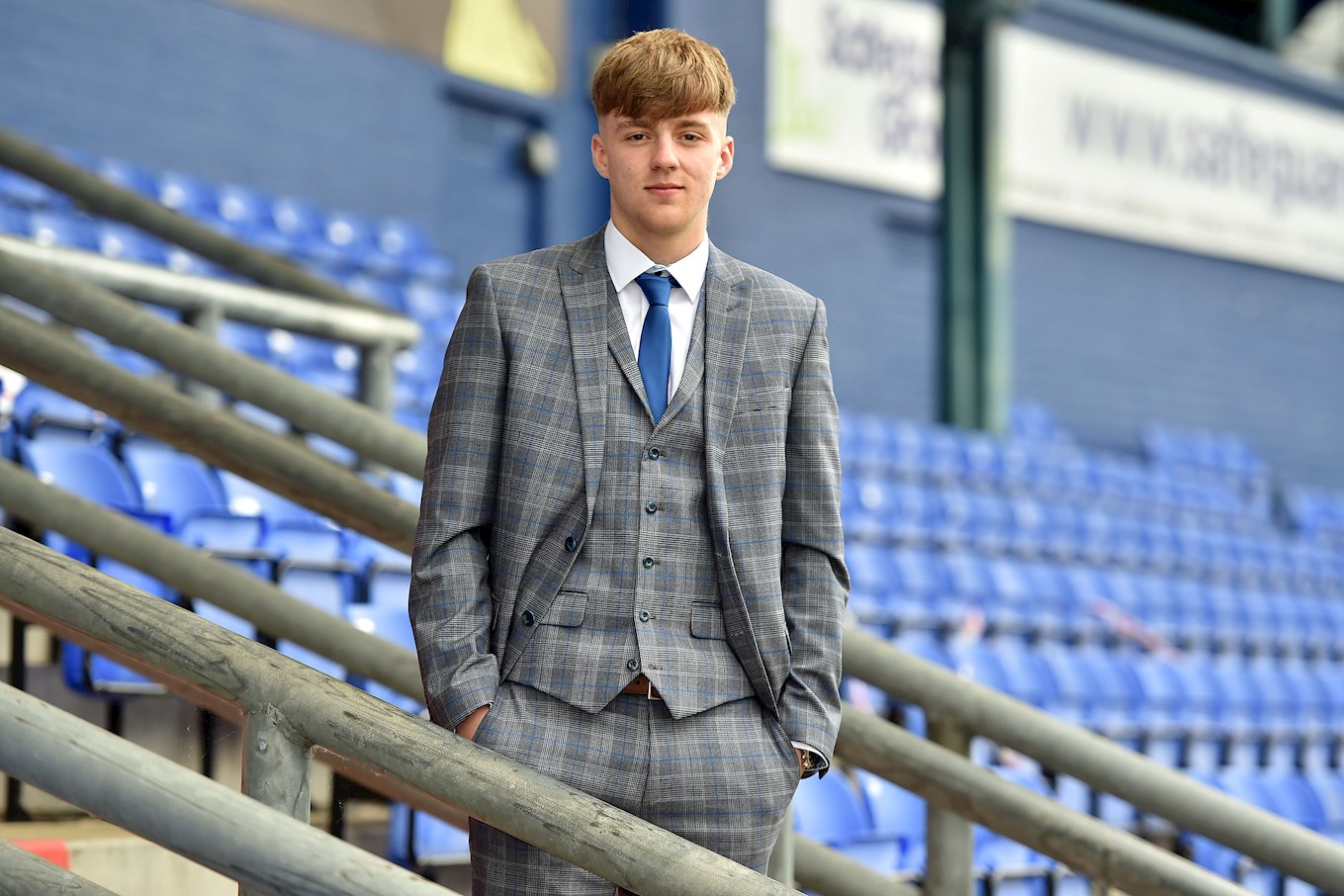 FRASER COOKSON (Defender)A strong leader already, he came out of local grassroots football. Tough tackling, he has represented and scored in the youth team already.No nonsense and a passionate defender, he has the traits to be a key player in the heart of defence. 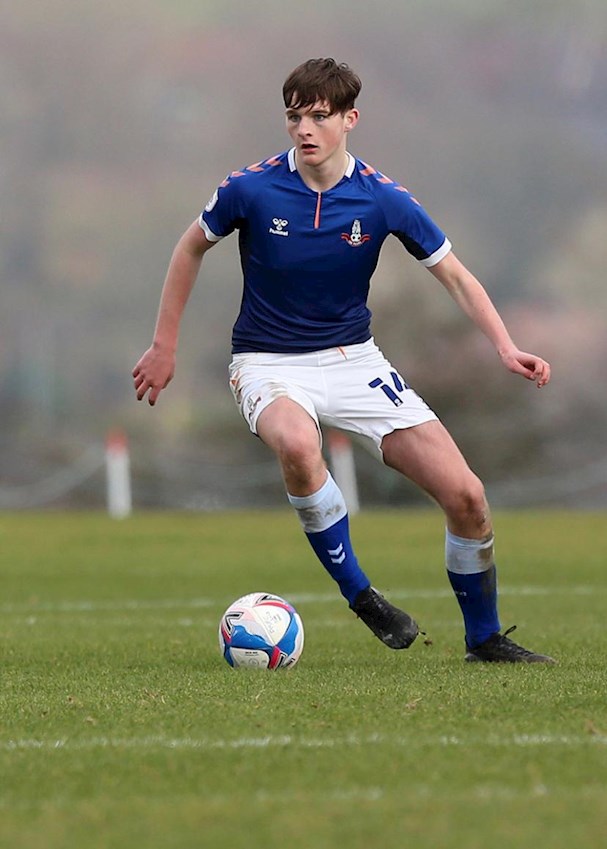 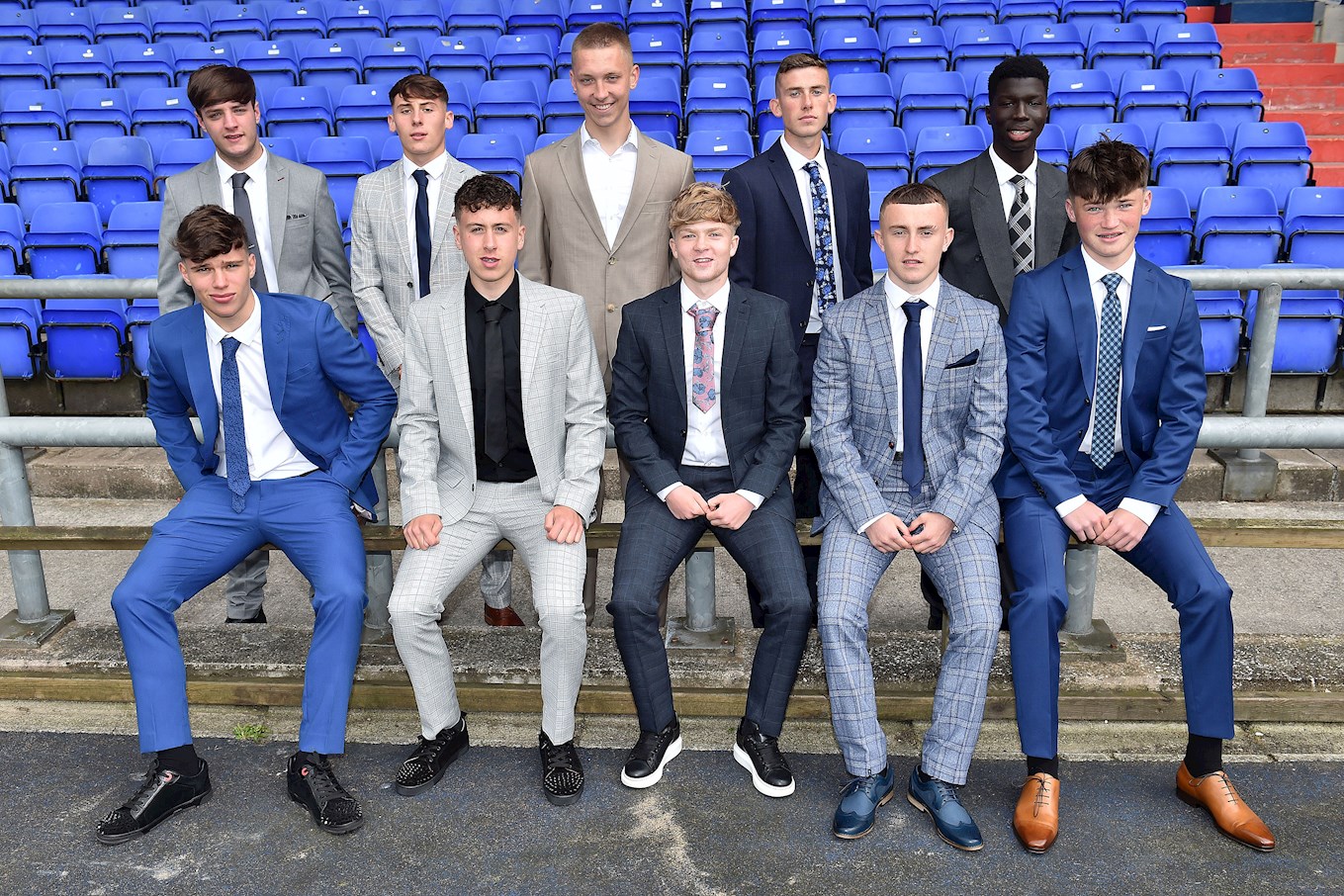 OLIVER KILNER (Defender)A late arrival, he replaced Gustav Hemmingsen who decided to depart. Joining from Manchester United, he is a versatile defender who can play across the back four.Representing the U18s towards the end of the campaign, he has been an assured presence in defence and has been well schooled by United after being in their setup since 2012 and will now be with the Latics youth setup for the next couple of years. 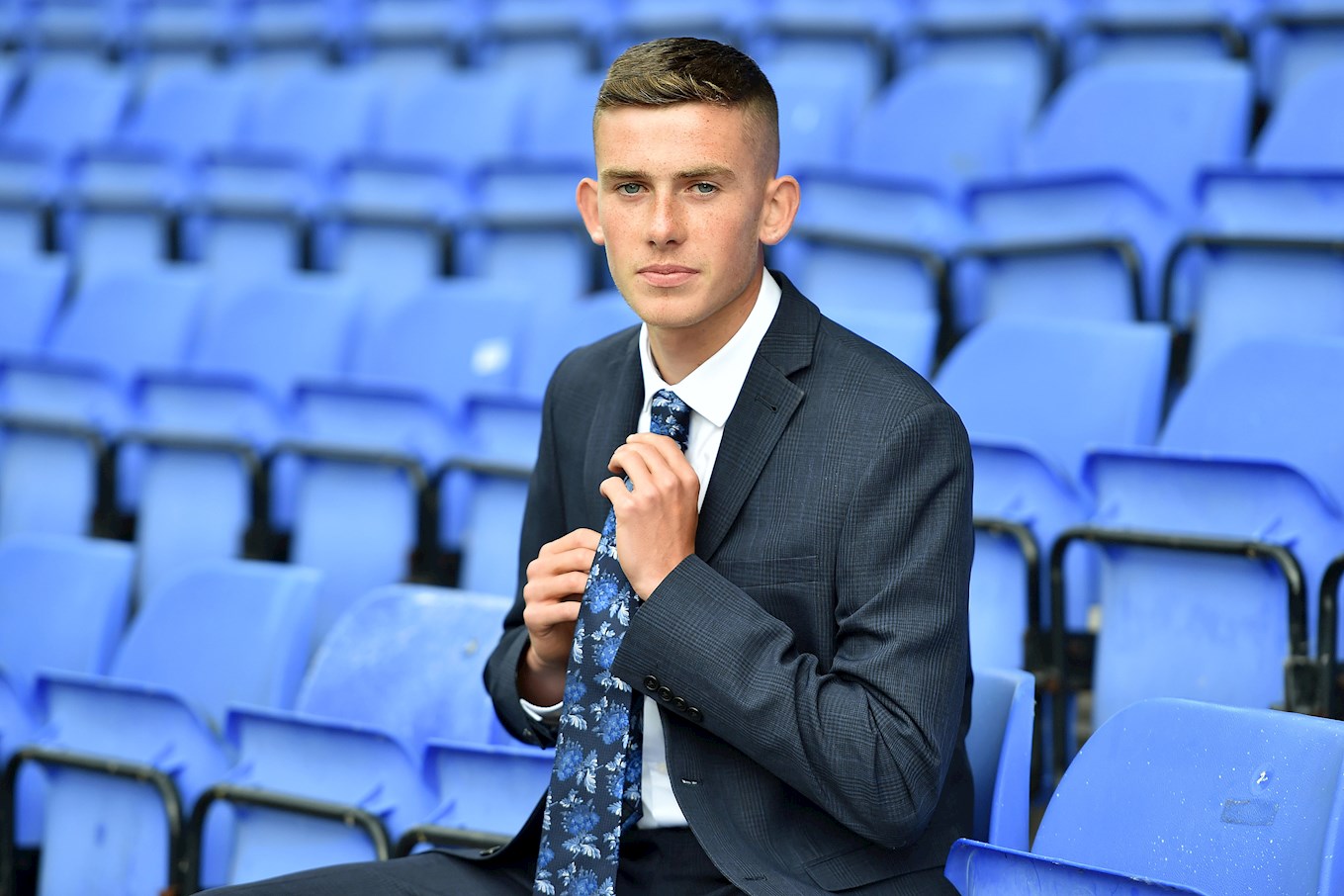 KACPER DANIEILWICZ (Goalkeeper)From Poland, he’s grown in stature over the last twelves months and has become a big figure in goal.Talented with playing out from the back as well as quick reactions it’s a big season ahead as he looks to become involved with First Team training on occasions looking to impress. 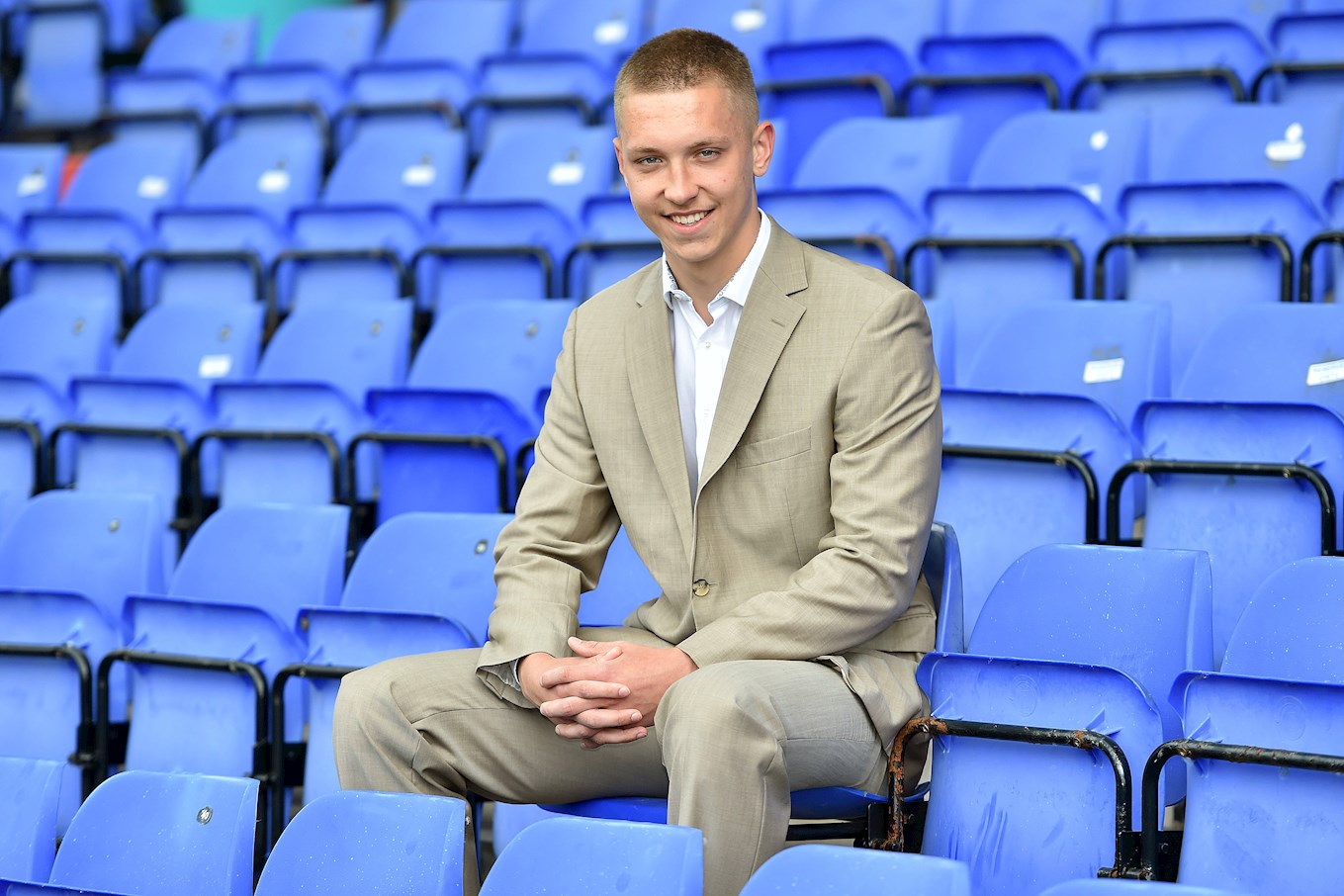 TREY TURNER (Defender)Coming in at U16s, he’s a consistent performer at a high level, being converted from a centre midfielder to right-back.Born in Bury he’s a good character on and off the pitch and works hard for the team in every game. 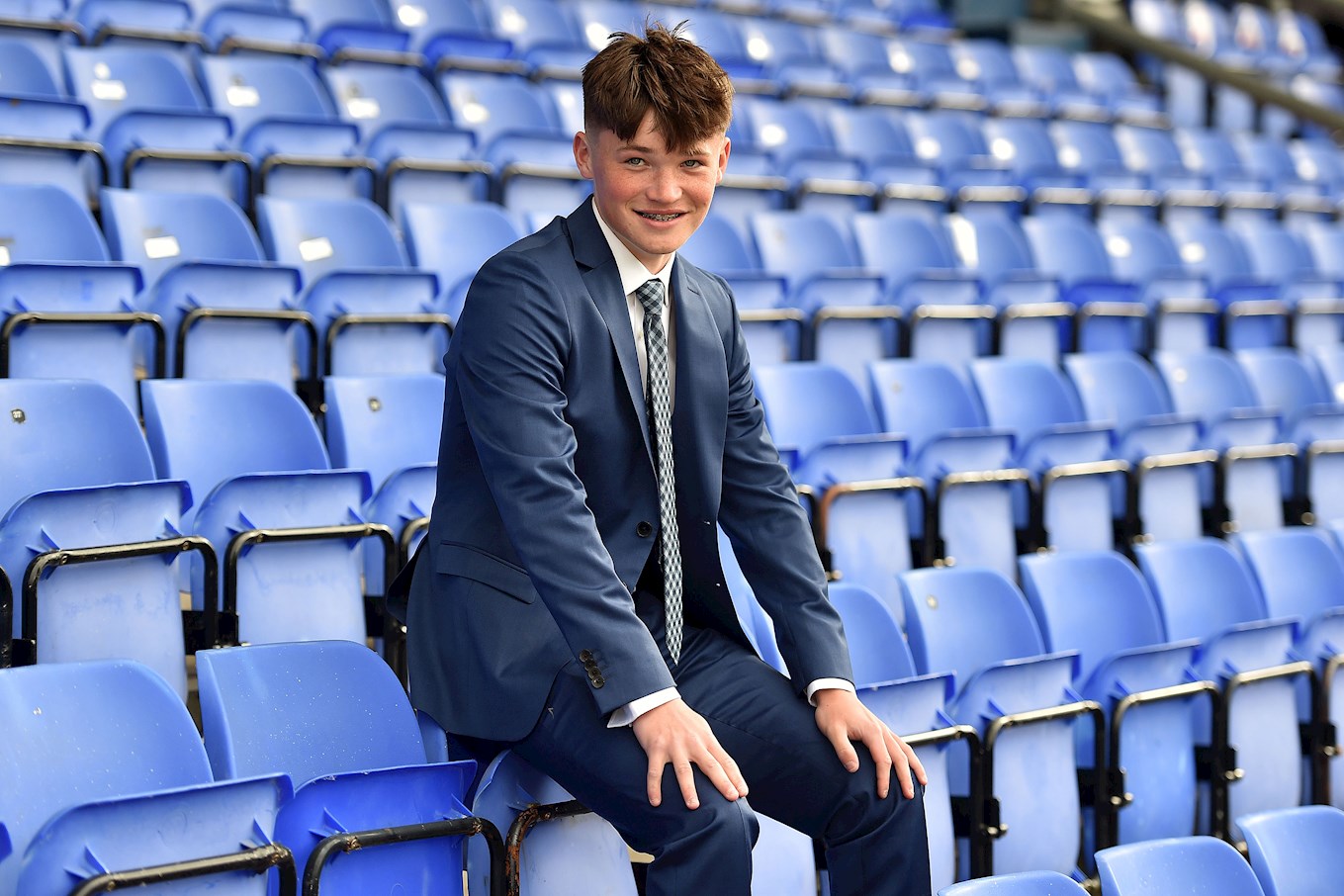 KANE BADBY (Midfielder)Being with the club since U9s, it’s expected that he’ll be one of the talents to progress to the professional ranks soon.A direct, tricky winger with bags of pace he also has a keen eye for goal and is a natural game changer. A local lad from Fitton Hill, it’s another strong but respectful character in the dressing room who works hard for the opportunity and earns his right to play. 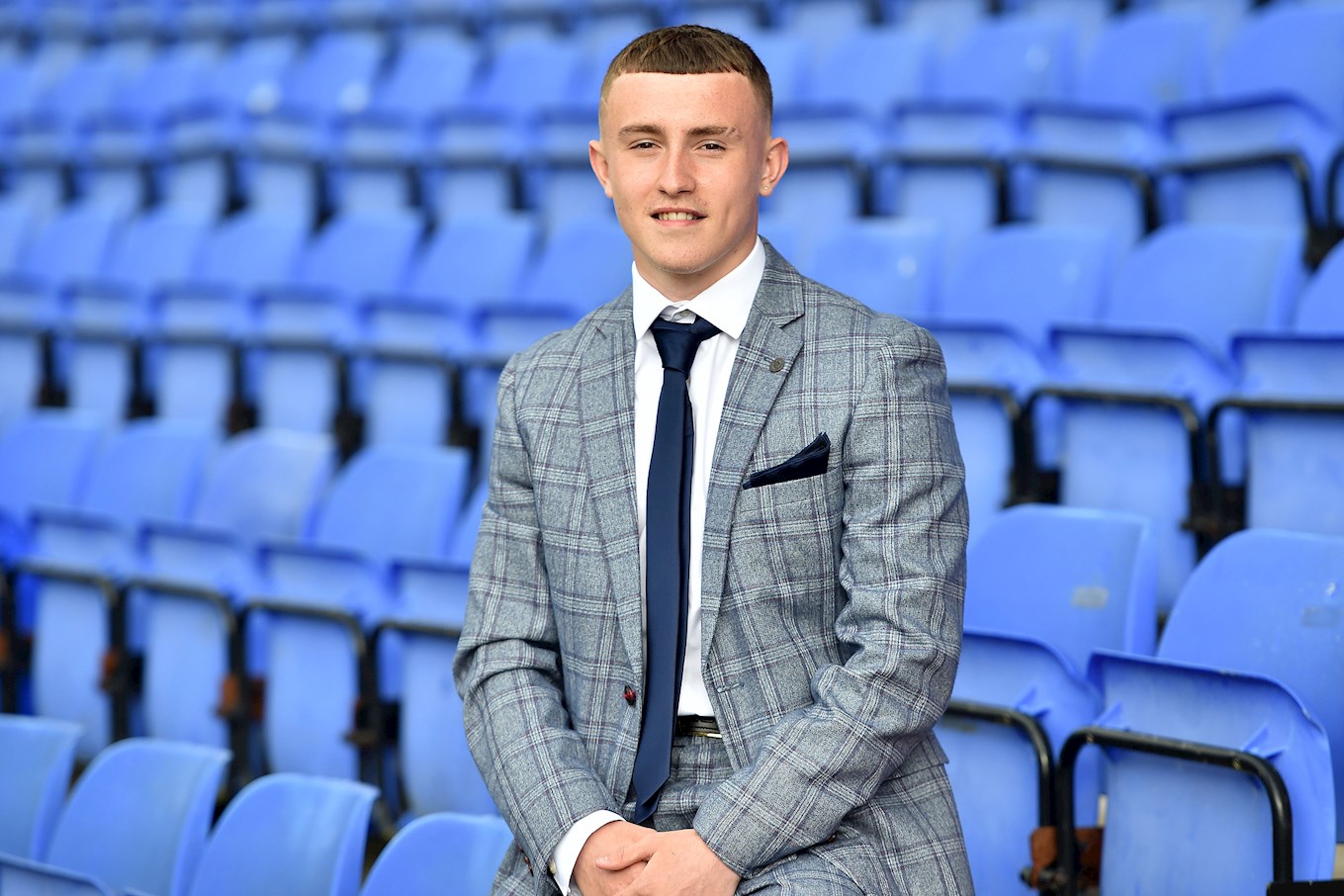 JOE EDWARDS (Midfielder)Joining originally at U16 level from Accrington it’s another player from the local area after coming through Royton & Crompton alongside representing Greater Manchester schoolboys.Grabbing a number of goals and assists already for the youth team he was a standout performer already and is an eye-catching talent who is very clever in possession. 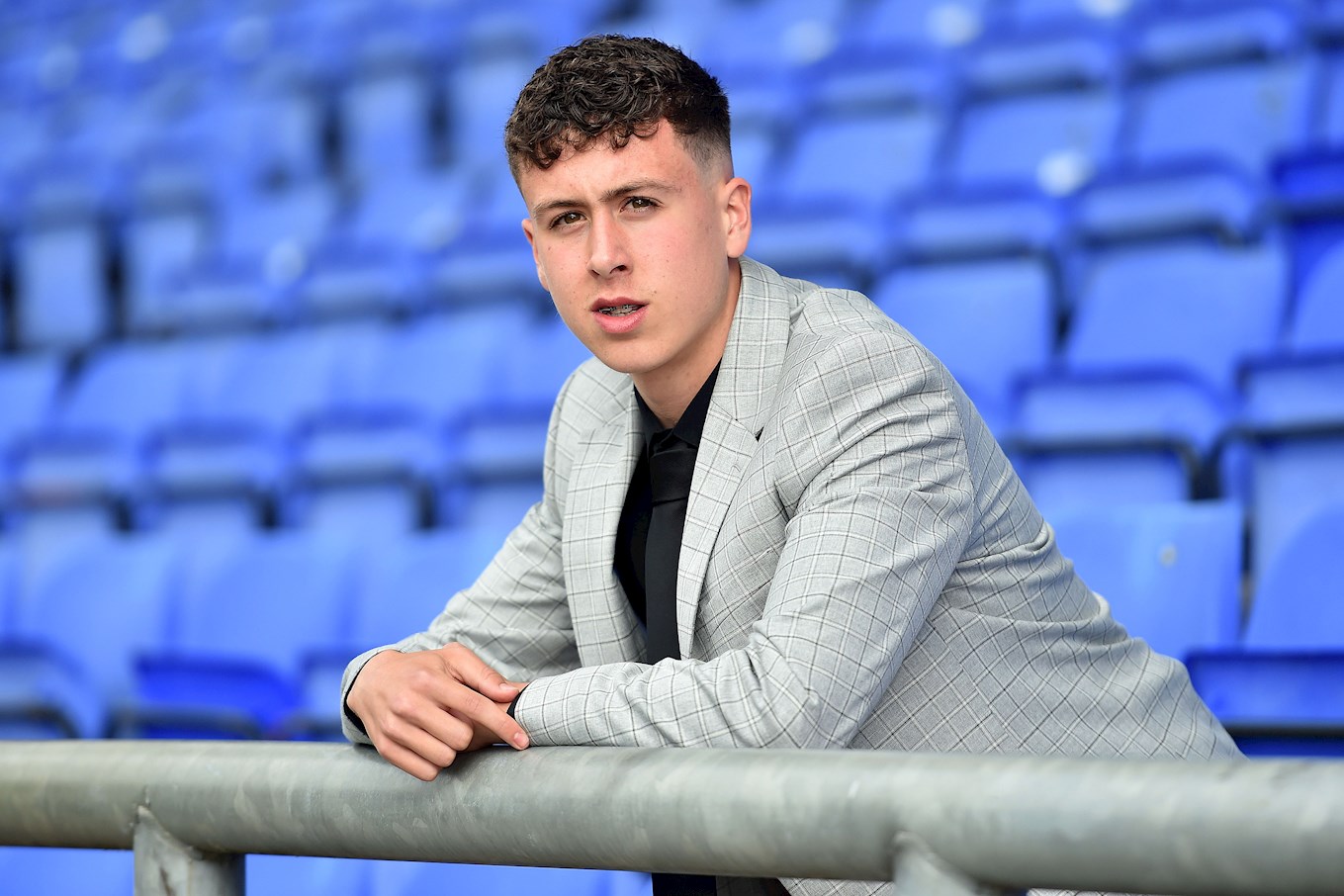 ASA HUGHES (Defender)Working his way through the ranks from U13 level, he has played over his age group a number of times and is another ball playing centre-half. Likes to play forward and is a progressive and confident character with great leadership traits. 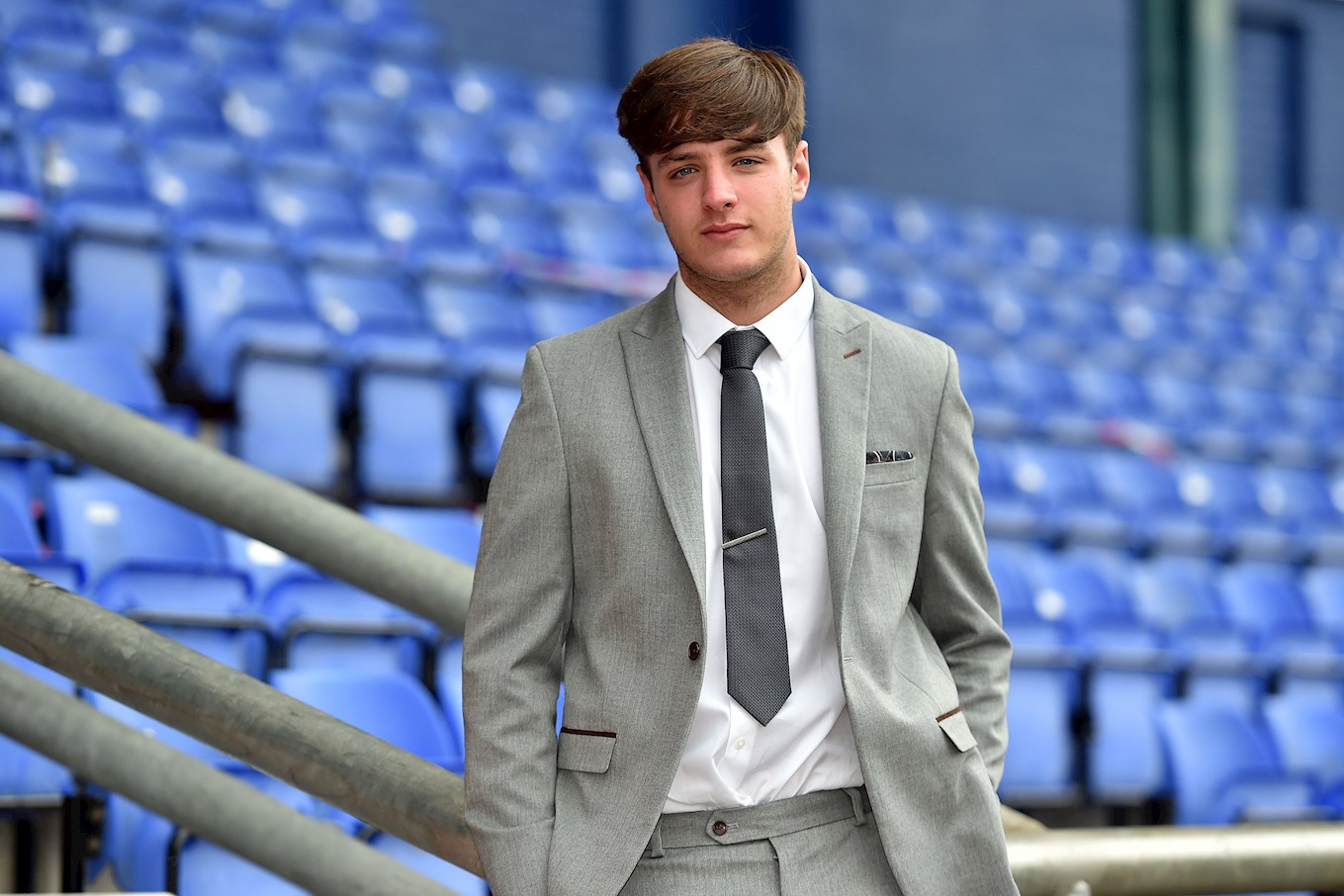 ISAAC MODI (Midfielder)A quiet individual, he has great potential and loads of quality. From Wythenshawe and joining at U13s he has also represented the youth team at U15s.A very creative and skillful player he has the ability to be direct with his play and finished the season strongly putting in some good displays. 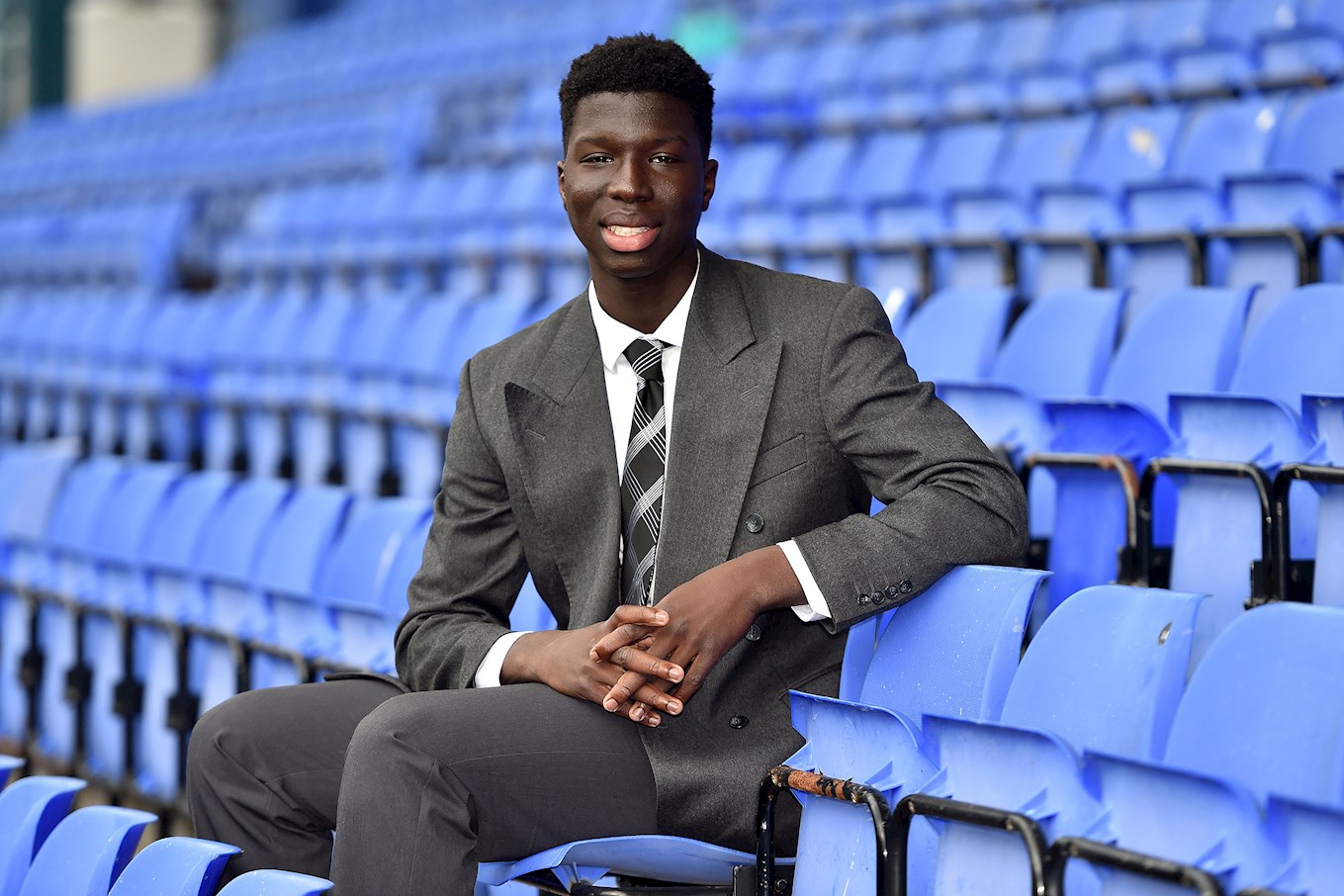 BENNY CUOTO (Defender)A late arrival compared to his teammates, he is one of the best attacking left-backs the club has had in recent years with the skills to get forward and support play in advanced positions.From Portugal originally he is another top-level consistent performer who adds balance to the team and has matured a lot over the last 12 months. 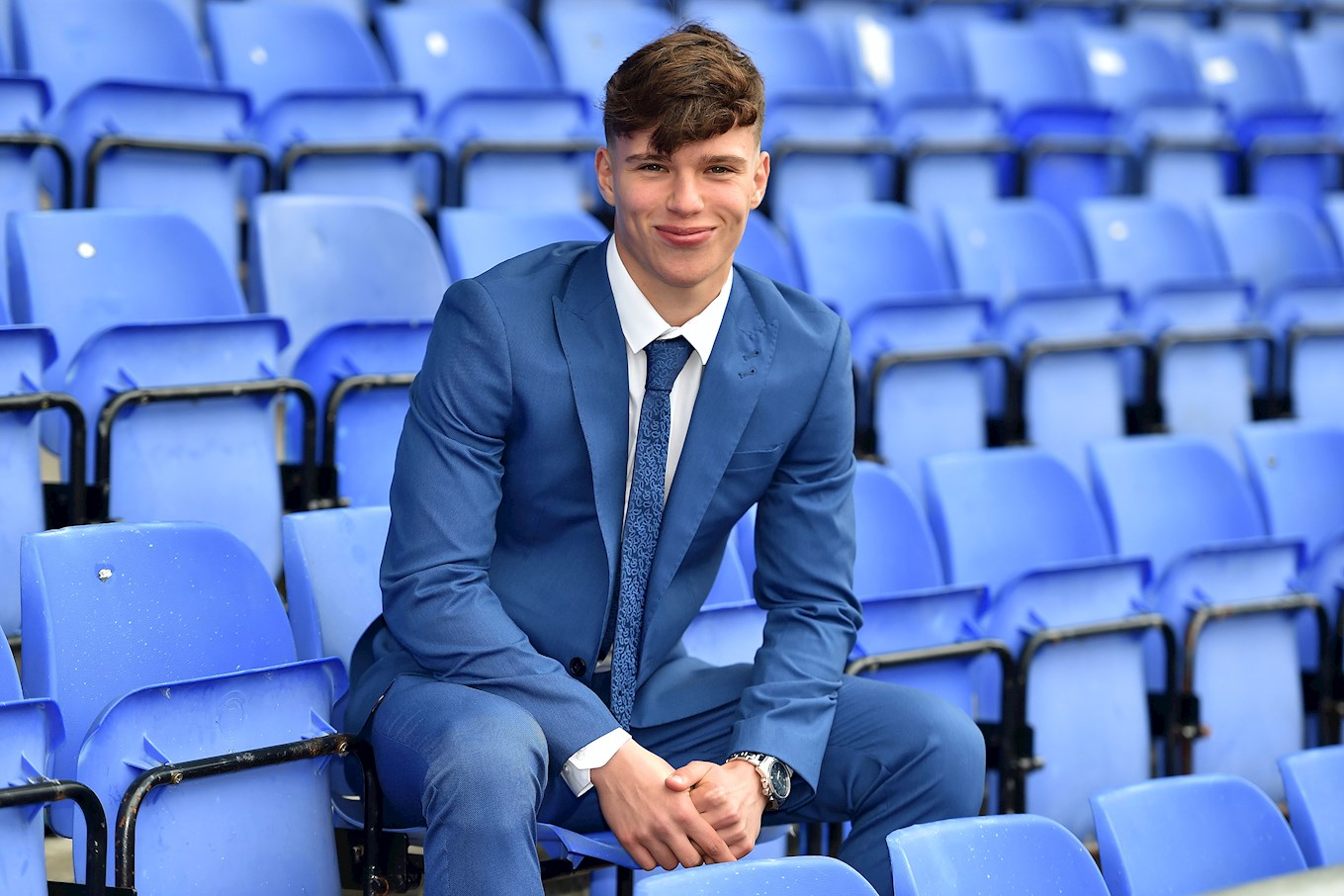 JIM SIMMS (Striker)Coming into the setup originally at U15 level he is an ex-Stockport schoolboys player.A traditional type centre forward he scores a variety of goals and is an aggressive runner as well as the strength to match it. Quiet off the pitch but is a menace on it and has been a consistent performer in front of goal all last season. 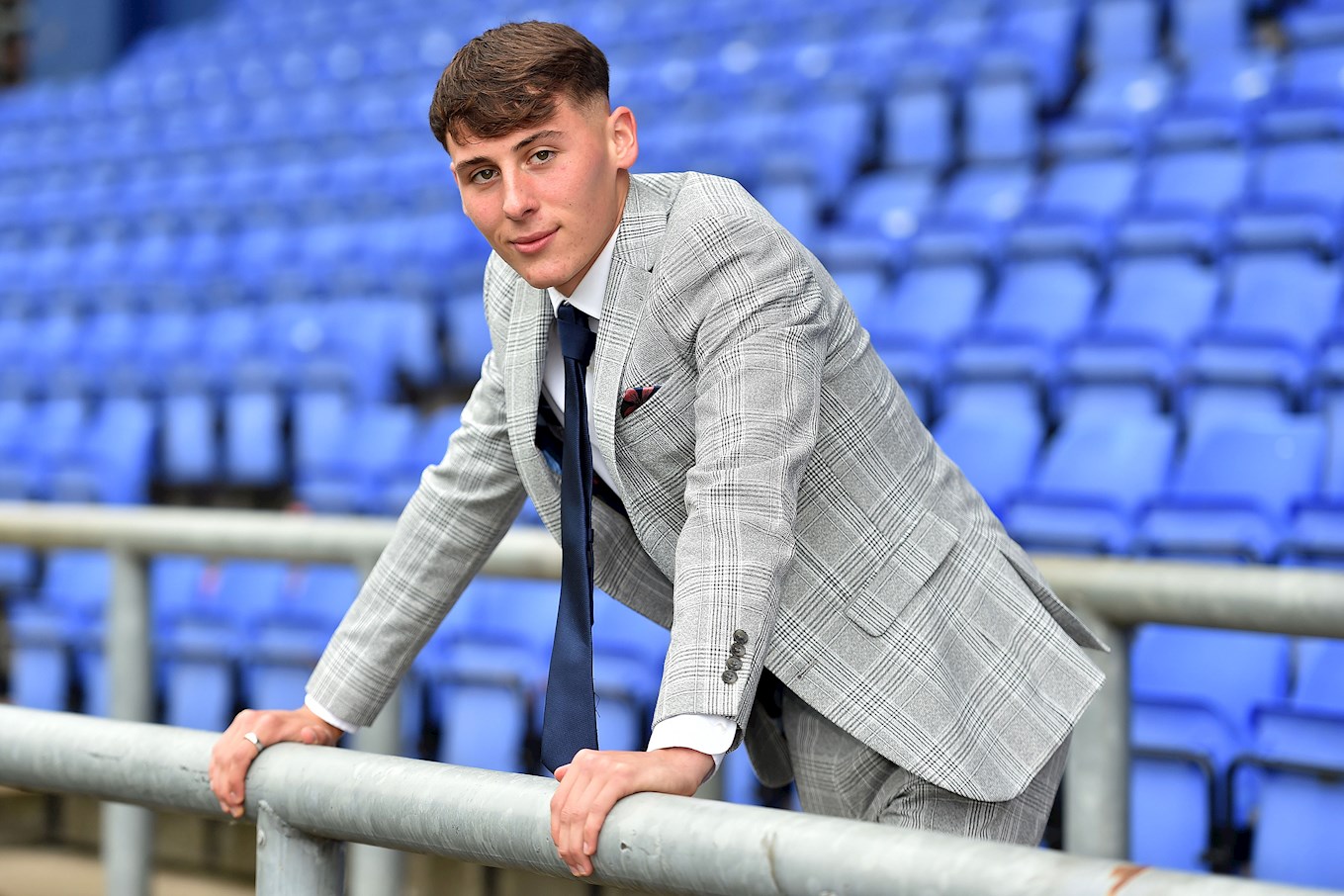 HARRY VAUGHAN (Midfielder)Coming from the U15s as well through the test sessions, the youngster has played above his years and is technically gifted.
Already rewarded with a professional contract, the creative player will mix between the youth and first team on a regular basis during his second year. 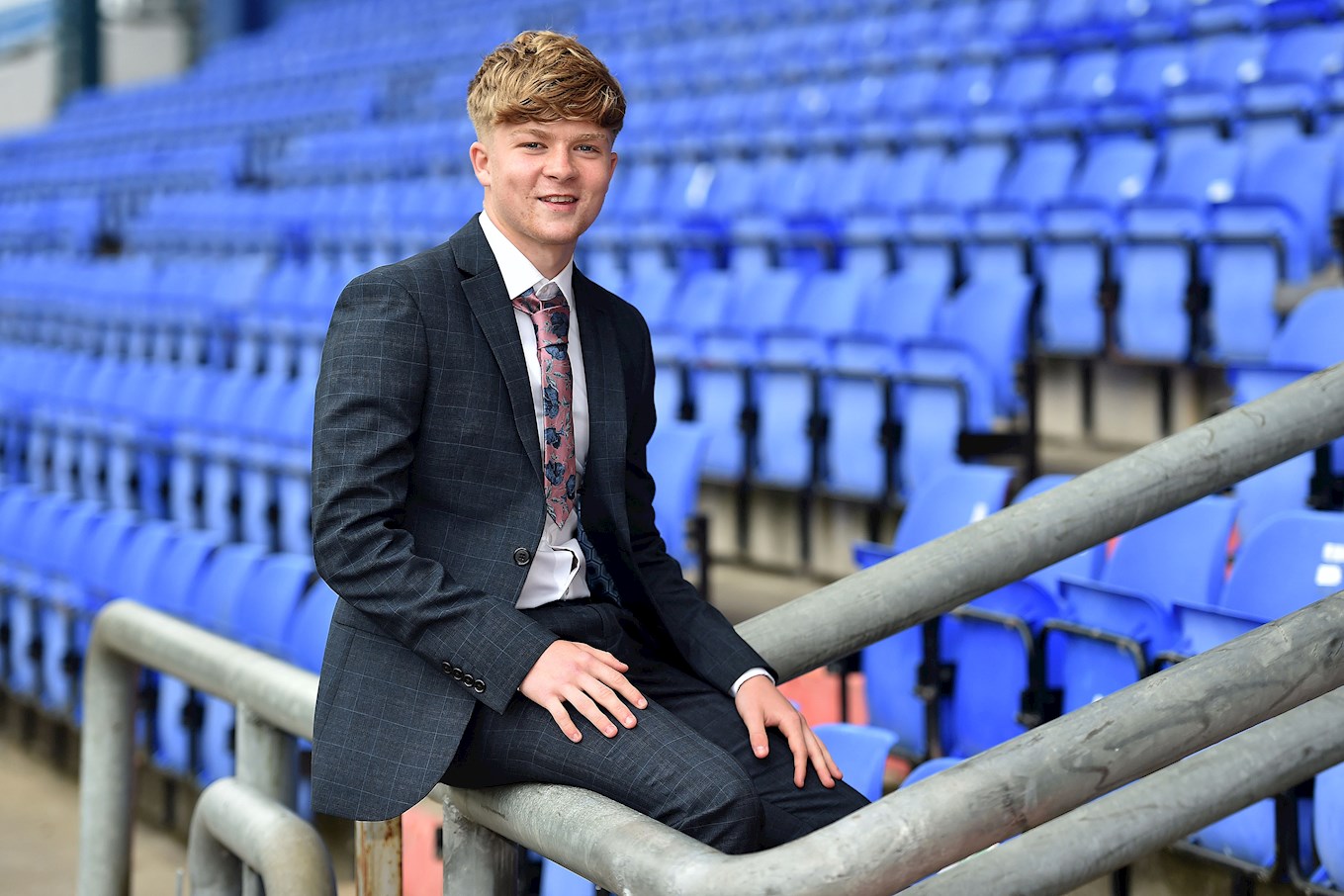 JACK WILLIAMS (Midfielder)Now a third year scholar, his extended deal means the player can hopefully make a successful return after a lengthy period out with injury and make the step up sooner rather than later.Making a comeback towards the end of the last campaign he’s had the experience of being a part of the first team setup and is another creative midfielder who can turn a game on its head with his pace, power and precision. 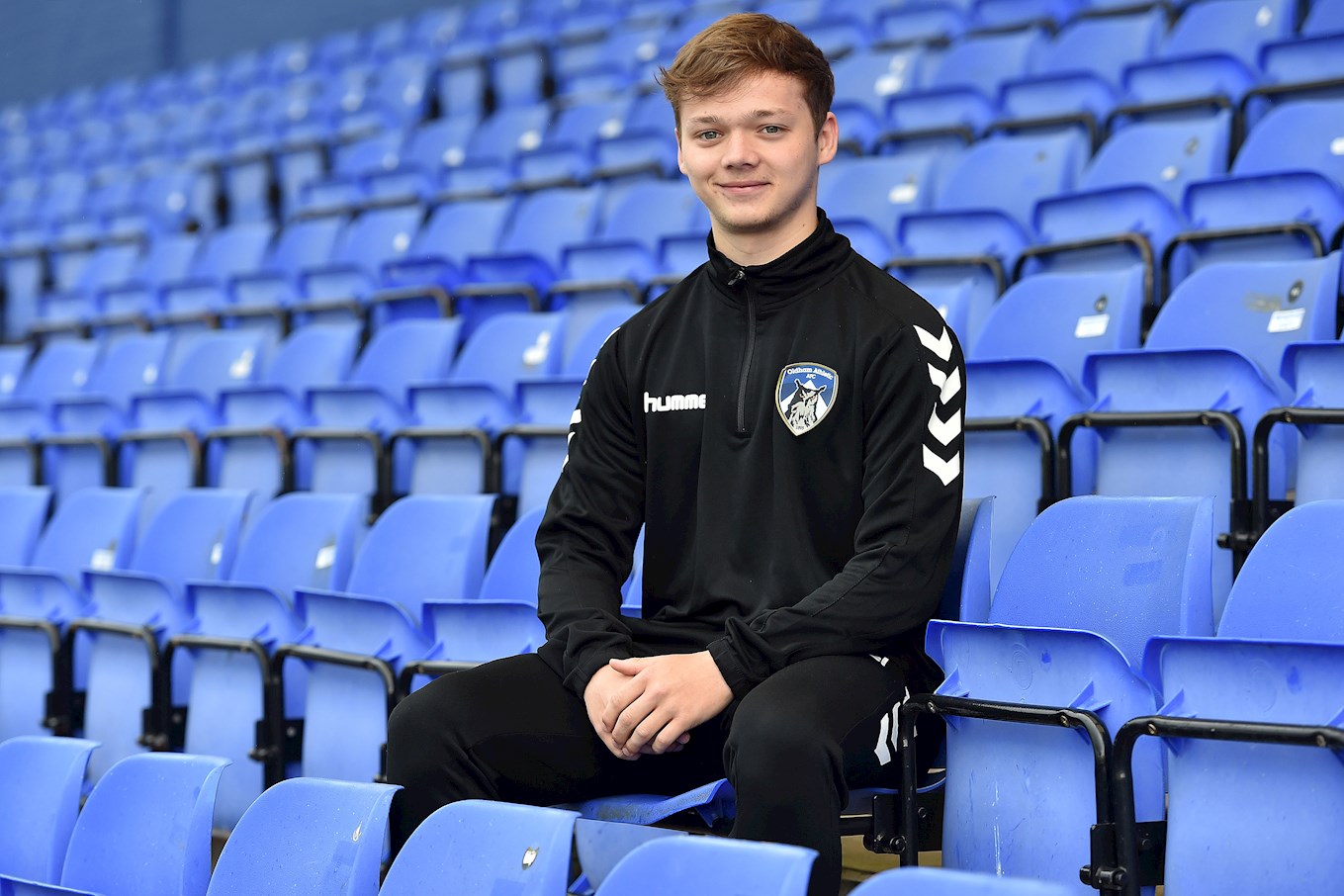 The Youth Team are now back for pre-season training with friendlies scheduled throughout the next few weeks, further details will be confirmed and shared in due course.