Oldham Athletic are delighted to announce that Bartercard are to be the new front of shirt sponsors ahead of the new campaign.

Latics and Bartercard have built on their initial sponsorship from the 'Business Club' and agreed a two-year deal for a lucrative six-figure fee to become the club's latest front of shirt sponsor until the end of the 2022/23 season.

People have 'bartered' for millions of years, however Bartercard has modernised this industry by introducing a unique digital currency (trade pounds) to form a truly cashless society. Over £425 million is traded on the Bartercard network each year. 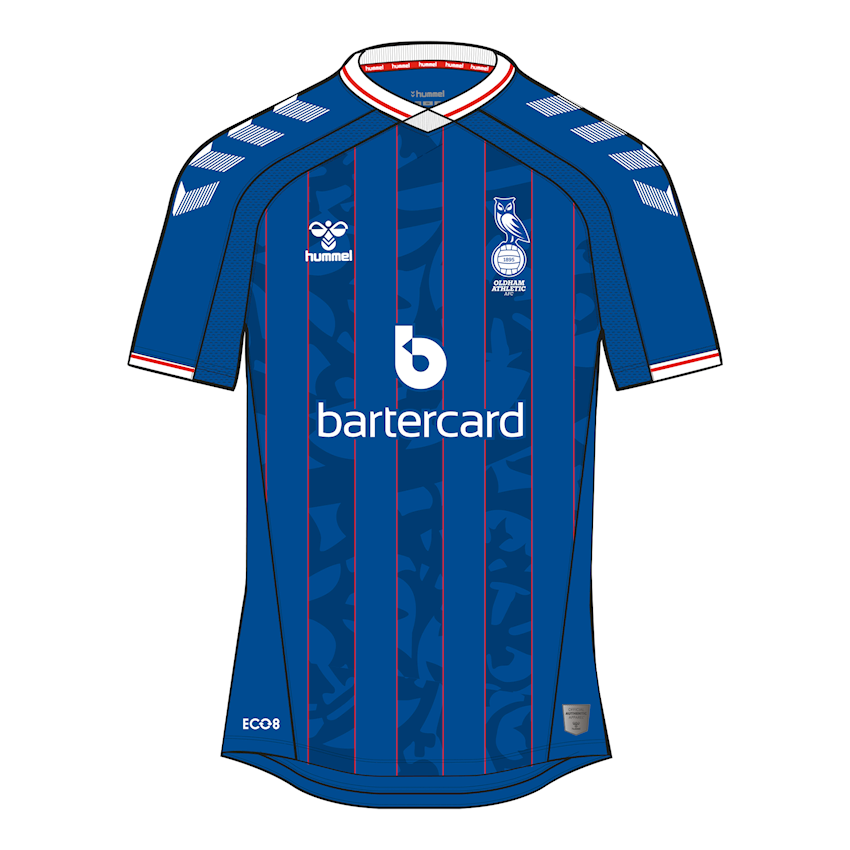 The home, away and third shirts for the 2021/22 campaign will adorn the Bartercard logo keeping in-style with each design.

Head of Commercial, Steven Brown said; "I’m delighted that in my short time at the football club I’ve been able to secure a two-year deal for the front of shirt sponsorship as this was my main priority when I started.

"It’s great to be working alongside Chris, and his team at Bartercard and I look forward to a long and successful partnership.

"This deal represents a massive cash boost at this current period of time and it demonstrates their belief in us."

Chris Kirby, the Managing Director of Bartercard added; "Working with Oldham Athletic is a massive honour for us. The forward vision of the club, Karl and Steven, was prominent when initial discussions were taking place.

"Bartercard is thrilled to see our brand displayed on the front of the shirts, and we are looking forward to getting involved in the action and back into the grounds as soon as we can.”

He continued: "We have invested a six-figure sum into the club, which allows Latics to grow on and off the pitch.

"We are also keen to speak with businesses in the local area who may be interested in running a Bartercard Franchise and how we can help increase sales and productivity."

The new sponsor logo will be placed on shirts towards the end of the month ahead of the new season.