On a sweltering evening at the Barton Stadium, the young Latics side were ultimately on the wrong side of an entertaining encounter.

Starting the night straight out of the blocks, Oli Havens showed great composure to put the visitors in front as he slid home an angled finish after latching onto a through-ball from Kane Badby.

Yet the lead was short-lived, Steve Jenyons forcing a shot across the line amid a goal-mouth scramble before Joe Duckworth put the hosts ahead from close range on the half-hour.

Latics, however, didn’t let their heads drop against their more senior opponents and forced a very well-worked equaliser two minutes before the break. Harry Vaughan picked out a measured pass from midfield, which Jake Forshaw took in his stride before lifting a delicate chip over goalkeeper Mike Langley.

Unfortunately, there was still a further twist to come before the half-time, as Duckworth headed Winsford back in front.

Having changed the entire XI at the break, Latics deserved credit for battling back once again after the re-start, playing some bright attacking football in the process.

Isaac Modi unleashed a great low finish into the bottom right-hand corner from distance on 68 minutes and that was reward for a good period of pressure from the youngsters.

But just as it looked as though Latics would earn a deserved share of the spoils, D'arcy O’Connor earned the win for the hosts with three minutes to go, and even a flurry of late pressure from the visitors couldn’t reap reward. 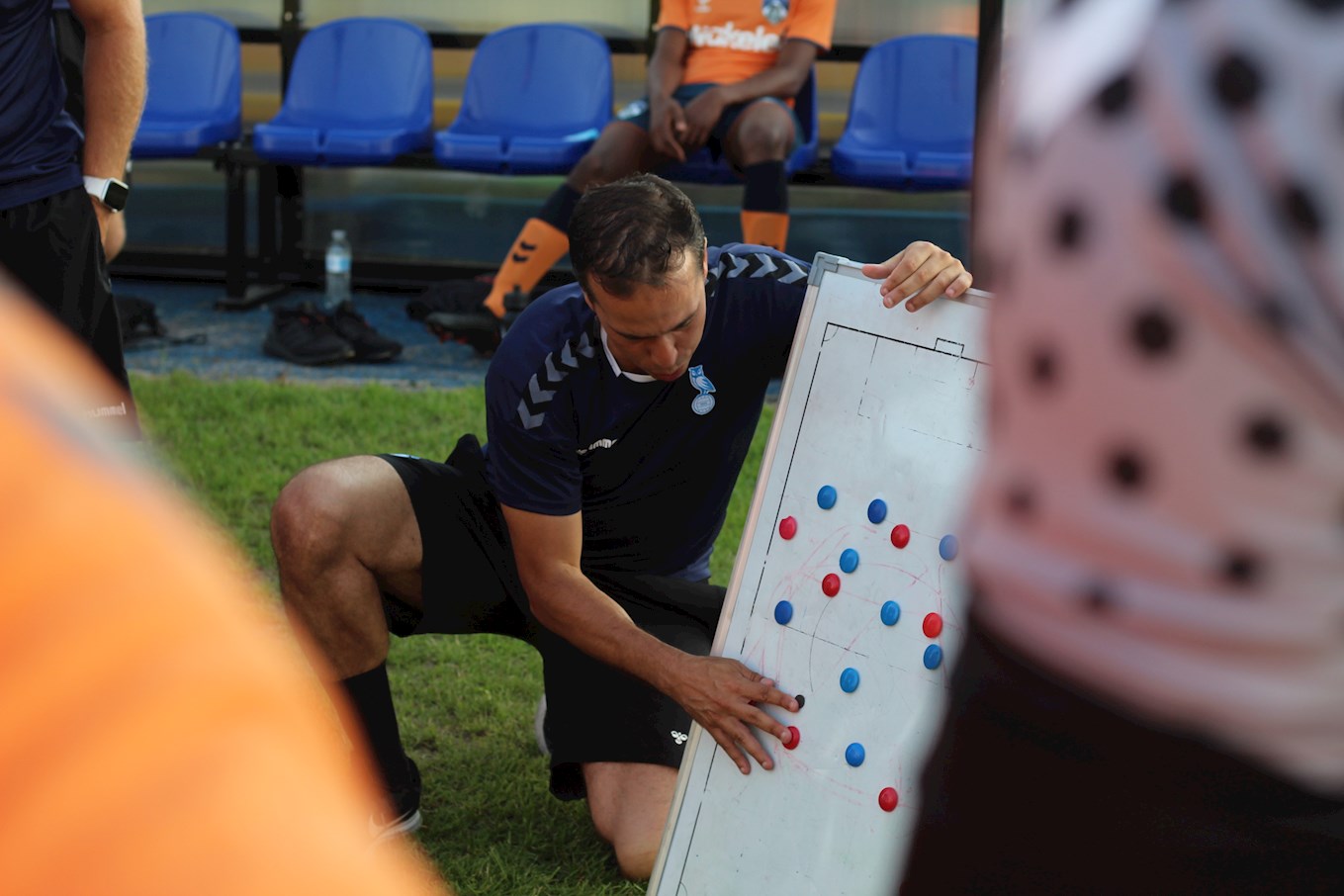 On the performance, Youth Team Manager Selim Benachour was extremely proud of his team's desire to take the game to the established North West Counties side;

"From the middle to the front we were very good. We saw a lot of good combinations with a lot of our attacks, creating space in-behind and had a number of chances to score more goals.

"For a young group I’m very proud of them and it was our first game of pre-season, so there’s a lot learnt but we’re at a good stage already with our fitness. We started late because of a group isolation but we’ve worked hard individually, reporting over zoom on fitness regimes.

"We had a few U16s playing with us again in the game and they all did really well, we just need to improve our focus and cut out silly mistakes that cost us but that’s why we play games like this.

"It was a really good test for us and it wasn’t easy. Winsford are a strong, experienced team with players who are smart on and off the ball and wanted to compete properly, it was a lesson learnt and a valuable one for our players.

"If you don’t take your chances though, you get punished and it happened but in a friendly this is what we wanted from it and always wanted to test the players by going for the win instead of sitting back. The result isn’t the issue or main focus for us, more the performance, confidence and attitude. The players want to represent the club with pride and fight for every ball.

"It was also great to see the fans at the ground showing their support and it was a great occasion for some of these young players.

"We have a few more fixtures now before the season starts, so we’ll look to improve our fitness even more and become more physical. The first year pros did well too and showed the scholars that there is a pathway, but on the whole it was a really good workout and we’d like to thank Winsford for hosting us."