As preparations continue ahead of the 2021/22 season, Keith Curle sat down with iFollow Latics to discuss the plans and progress currently being made as he assembles his squad for the new campaign.

A fortnight after signing a two-year deal to remain at Boundary Park, the Head Coach confirmed that discussions with several targets are now at an advanced stage as he works towards the start of pre-season training later this month.

“The conversations we’ve been having with a number of players have progressed well over the last few weeks and I’m pleased with how things are looking as those deals come together,” he said.

“It’s important that the players we sign improve the squad in the areas we need and I’m confident we’ve got the right targets who all possess the qualities we’re looking for.

“We’re close to tying up a number of deals and naturally we want those transfers to be concluded as soon as possible. At the same time, you’ve got to be patient, because discussions with different players can take time and we only want to sign the players who are going to be right for us.

“I always enjoy formulating a squad, there are good players out there and I know how to find them. Some of those players have already been made available, some are going to become available, and we're in discussions with the right people. My target is to build a squad of 20-22 good players and I’m clear in terms of what needs to be brought in to make sure we’re a competitive team in every department.”

Having been at the club for the latter part of last season, Curle says his squad must contain the right balance and be equipped to meet the demands of the Sky Bet League Two season which starts on Saturday 7 August.

“On the whole, players are in a stronger position this summer because of the market but as the season approaches, the balance will fall more in favour of the clubs,” he added.

“It enables clubs to become more selective because it’s like a domino-effect in that some players might be holding out for the one move they've been promised. We may then be their next option, which is never a problem if the player has planned things out properly, but that can sometimes lead to a bit of a waiting game.

“If you look at the stats from last season, we scored 72 goals and were one of the division’s leading scorers. I want to maintain that but the fact we conceded 81 goals with the worst defensive record tells you there have got to be changes. That’s not just in terms of personnel, it is the team’s mentality. I don't want to take away the attacking flair or freedom for players to express themselves but there's got to be a work ethic involved.

“I understand what’s required in this division and you must have a strong spine. We need that bit of experience, that bit of knowledge and guile, then we need players who earn right to play and put fear into the opposition." 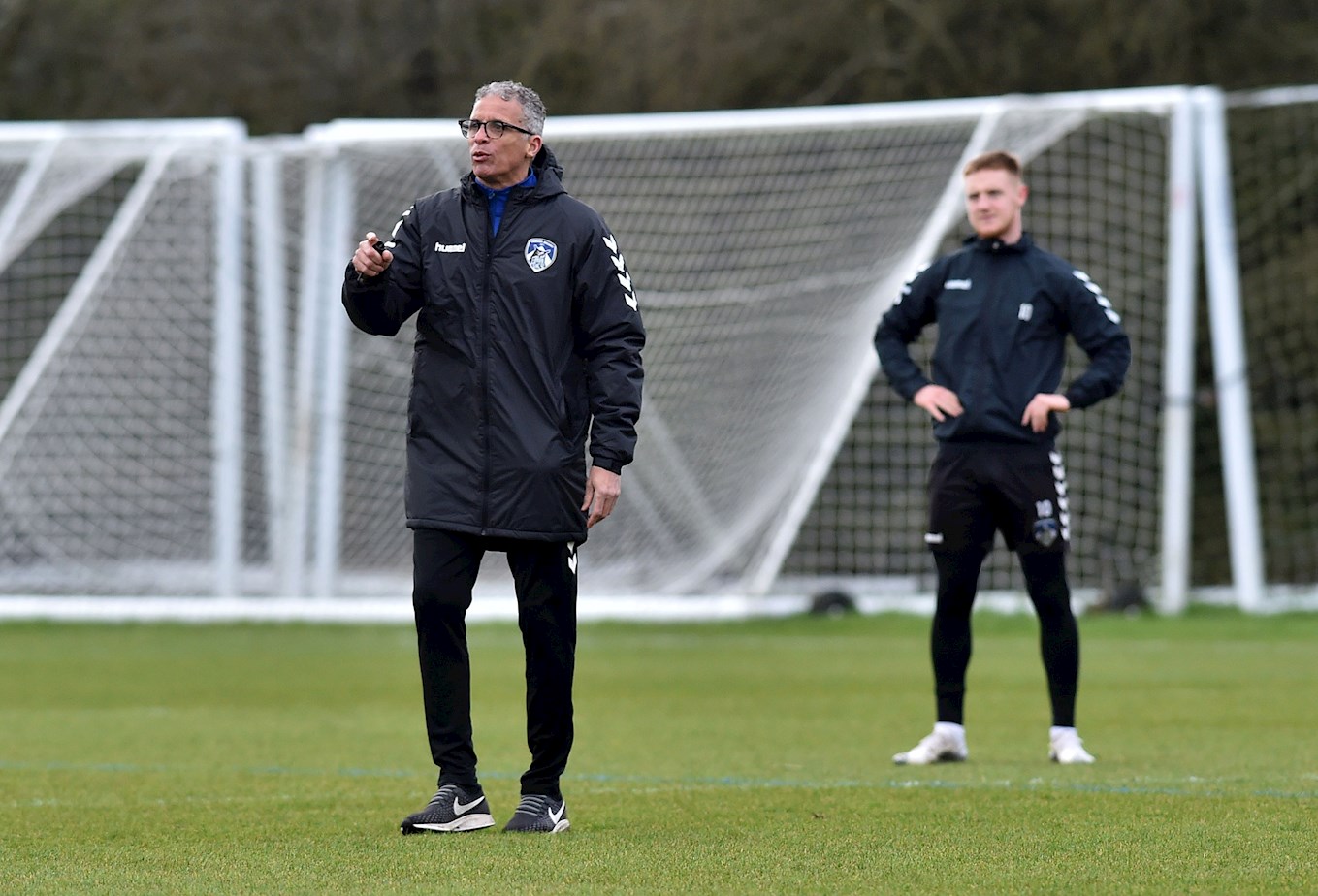 The squad returns for pre-season training later this month and will play six warm-up fixtures which start on the second weekend of July. With a busy schedule planned, Curle believes that hard work on the training ground during the summer will pay dividends once the season begins.

He said: “The players will be fit. We’ve given them all off-season plans and programmes to adhere to, because as a player and coach I have always prided myself on fitness and longevity.

“I understand what’s required and the demands, not only physically but mentally, that the players are going to have to go through. I know the extra work we put in during pre-season is going to hold every player in good stead.

“The strength and conditioning coaches have been in regular dialogue with the players and they know that once we return it is going to be tough.

“I had a good chat with all the players at the end of the season and for some of those players, the guidelines were laid out. Some of the players, in their opinion, were fit enough, strong enough, quick enough and they were told that things need to improve.

Having worked with Vaughan last season and increased his opportunities with the first team, Curle is looking forward to developing the young talent within the squad.

He said: “There’s a pathway here for every player. That is something the football club has identified and these players have been invited on that journey. They’re currently taking their first step on the ladder and they know that the harder they work, the more the more hours they put in to improve, then the more rungs they can move up that ladder.

“I’m really looking forward to working with the younger lads, seeing how they develop and what they can bring to the squad. The rewards potentially are fantastic but it all starts with hard work. The younger lads will be watching their heroes in the European Championships and some of the players in that squad should serve as motivation.

“For our lads to be starting out on that journey is fantastic. As a coach and manager, I've started off the careers of some very good young players, from being an apprentice, all the way through to representing their country. We’ve got some talented young players who are starting out and it’s down to them to make the most of their opportunity.”