Oldham Athletic is pleased to announce that young exciting talent Harry Vaughan has committed his future to the club.

Vaughan pens a two-year-deal with an option of a further year after featuring six times towards the end of the Sky Bet League Two campaign.

The gifted midfielder, who recently turned 17, has showcased his excellent technical ability in the men's game already, nearly recording an assist away at Harrogate Town after having the vision to slot a teammate clean through on goal.

Completing the first year of his scholarship, his attitude off the pitch and ability on it has attracted the attention of other clubs and Latics have acted swiftly to ensure the player continues his development at Boundary Park, becoming the fourth product from the Academy to be involved with the First Team for the 2021/22 season. 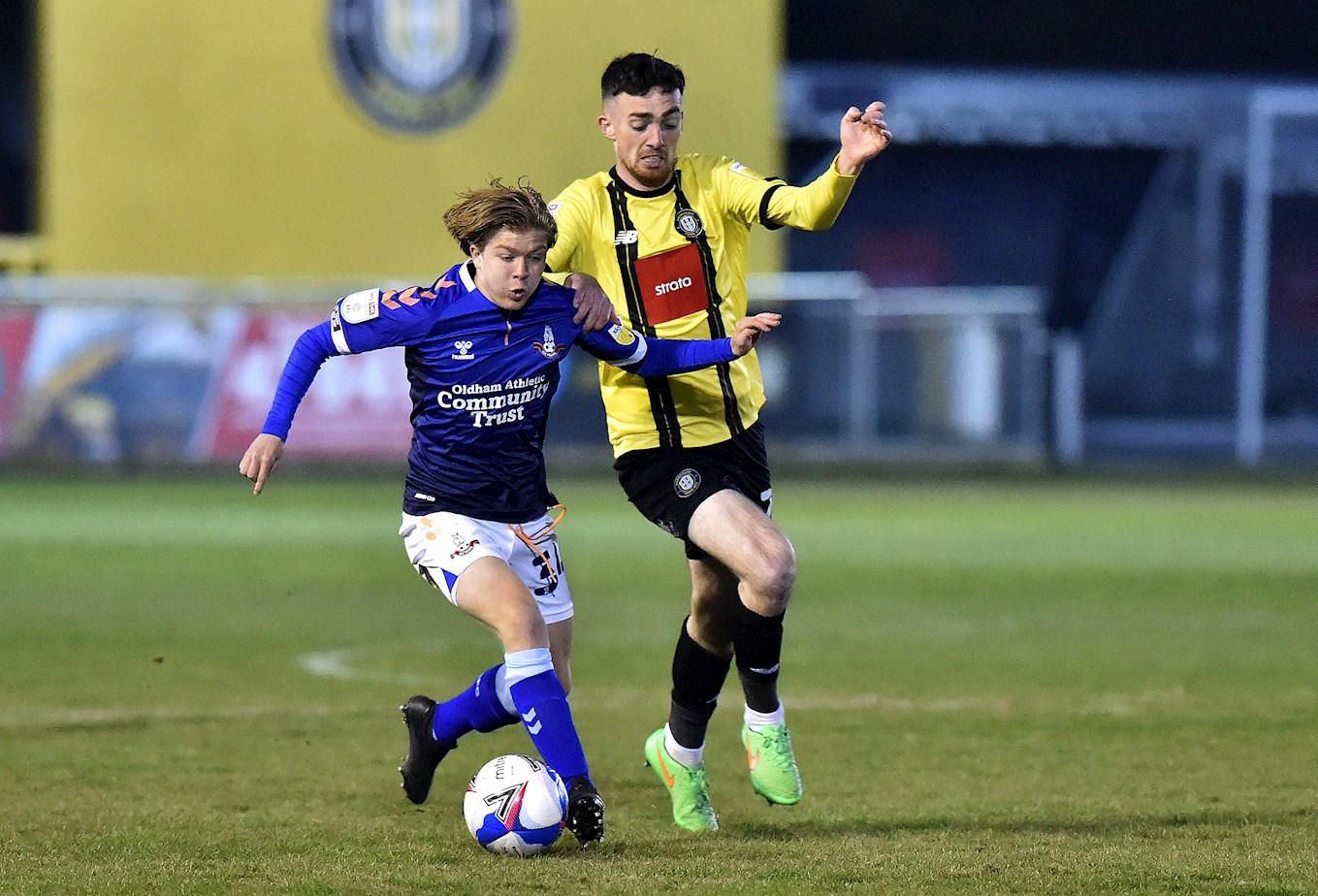 On the news, Head of Academy Paul Murray said; "Harry has bags of potential and we’ve seen early on how talented he is. We firmly believe he'll be part of the next generation to make its way through the ranks here.

"He's still got a lot of hard work ahead of him but has taken his chance earlier in the season which is really pleasing to see. It's also testament again to the coaches we have in our structure to get a player at an early stage to this point and I'm sure the supporters will be looking forward to seeing another player progress from the Academy to the First Team."

Head Coach Keith Curle added; "It's exciting to have such a young talent part of our plans. With Harry he has more time to develop here and he's adapted to life in the league well in sometimes difficult circumstances. We'll keep a close eye on him now, but we need to be patient and nuture his ability to make sure he has the best possible chance."

Vaughan will still continue and complete his educational studies like all the scholars going into their second year next season, as well as being available for the Youth Team to make sure he gets regular game time when needed.