Following his video interview just before the turn of the New Year the Head of Academy spoke to iFollow Latics to issue a further update on a number of topics after recent developments.

Improving U18 Results
“The lads have actually done really well over the last, I would say probably two month period.

“In a very short timeframe the consistency levels have improved where players have been like six or seven out of 10, which is really, really good because at that age you’re judged on performances as well as results.

“With the world the way it is at the moment the lads have remained focused and switching to a 4-3-3 has also helped our play as it’s round pegs in round holes understanding the positions and roles.

“It's a good place to be, everyone's happy and everyone's buzzing. As I say, there's a good atmosphere.” 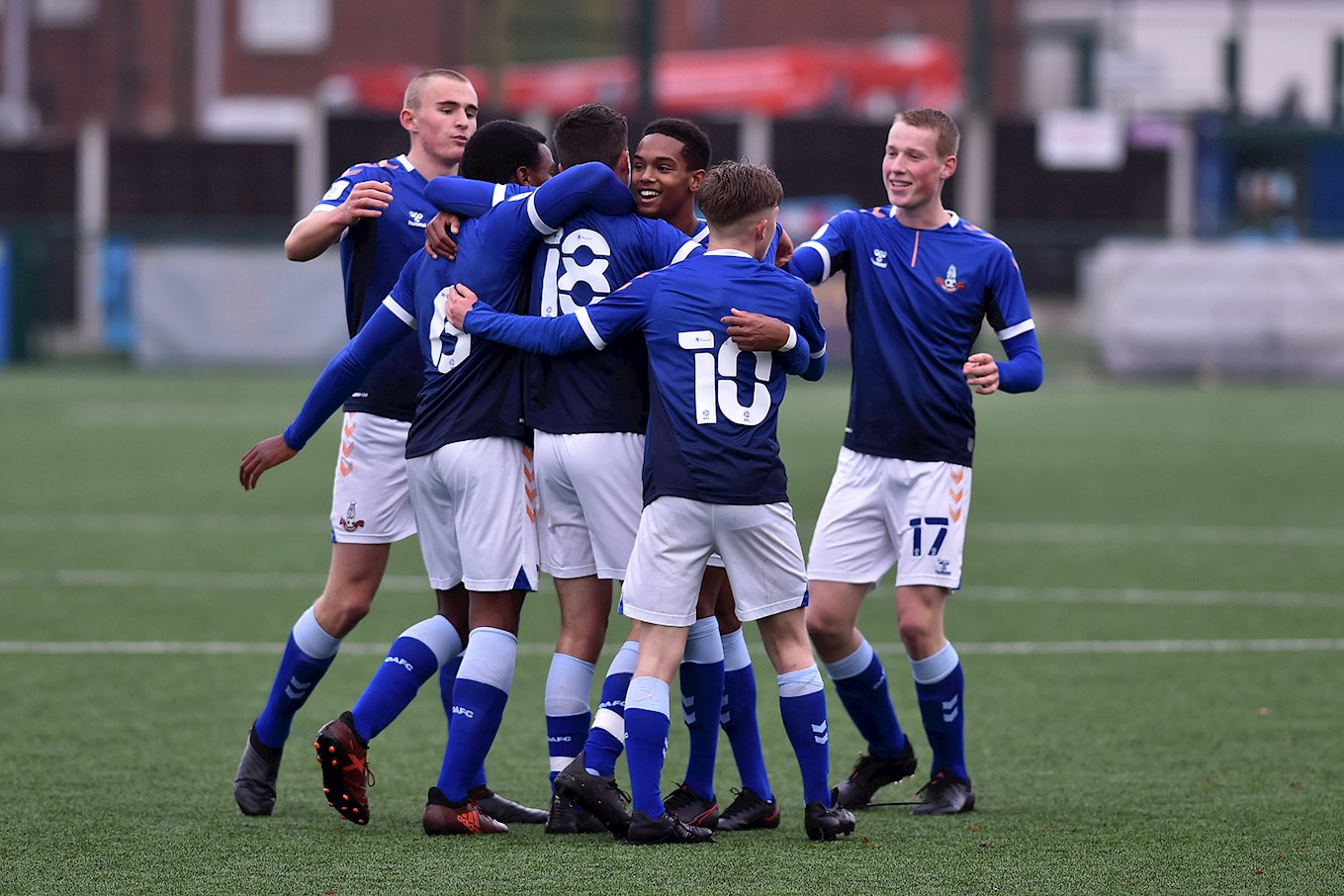 He added: “You have to be performance related to get into the first team squad. Hence, if you have everyone running at a seven or eight out of 10, you're obviously going to create opportunities and chances to impress.

“First and foremost we needed to keep clean sheets, which we have been able to lately and then just got better in every other department on the pitch. Generally in team shape we’ve improved and the academy staff have all done really well.”

Scholars First Team Appearances
“Harry [Vaughan] is now our sixth player to make the step up which is our ultimate goal as an academy to get players breaking through.

“They’ve all had short glimpses of what it’s like to be a professional and for the youth team lads it's great as it’s boosted confidence and means we’re getting better performances as a result.

“It's great for the club and for the other lads because they can see it is achievable. Being able to train with the first team is a huge advantage and we’re seeing more often now. Naturally there’s a few challenges but the main positive has been seeing the progression and maturity.

“We’re harnessing that now to make sure it’s used as a motivation technique and just shows that it is possible. So we hope that there's more of that to come at the end of the season. There is some real potential there for sure for next year.” 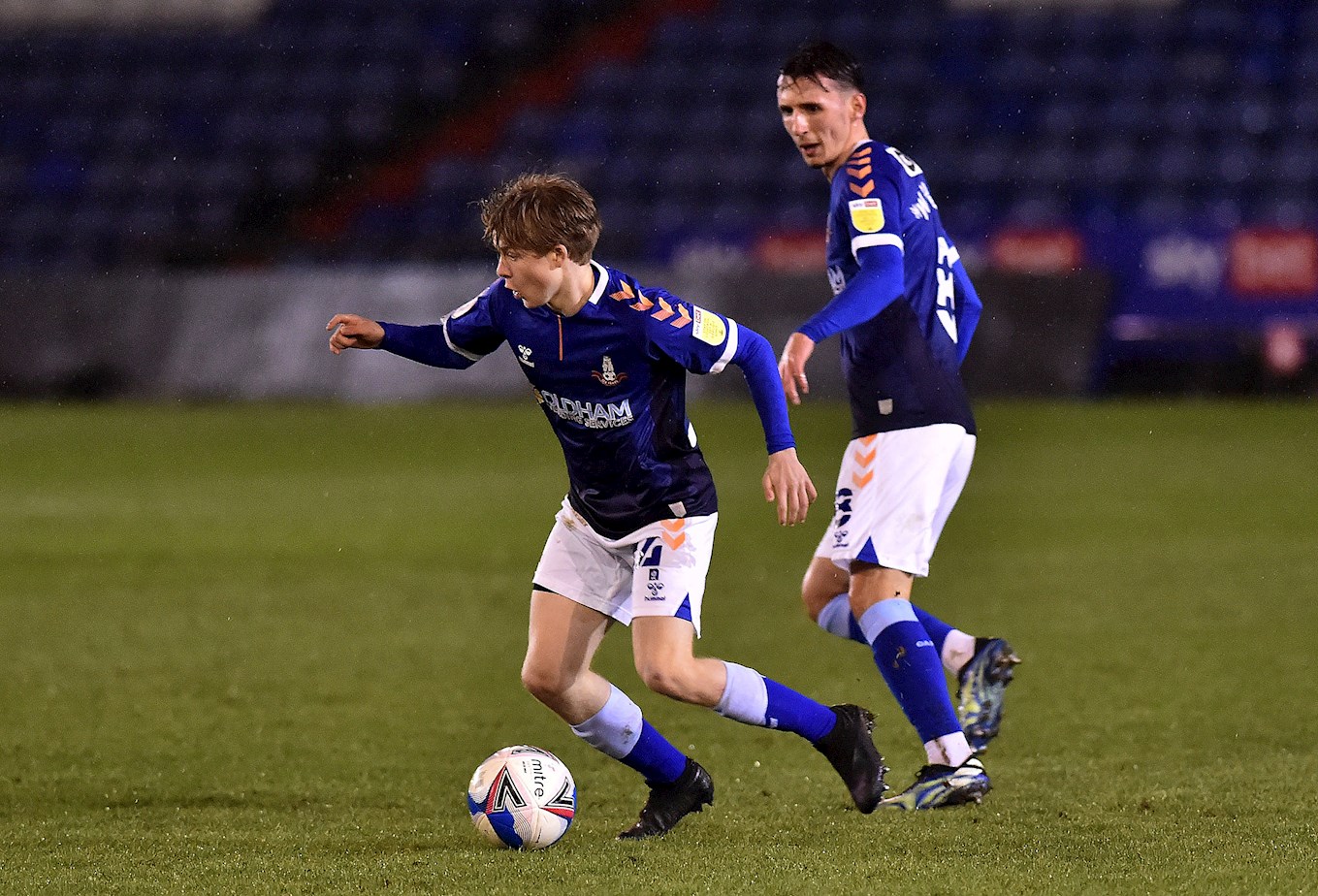 On Vaughan’s recent appearances; “He’s just one of them characters that just takes everything in his stride. He’s working harder in the gym and just gets on with it, nothing fazes him.

“You've been able to see him come into two difficult games and have some nice touches on the ball, so you can tell he's not really that nervous about it and just wants the chance to shine.

“To say he’s still only 16 he has a really good attitude. Some players freeze on the big stage, even in The FA Youth Cup for example, it may be different again when we get supporters back at Boundary Park in terms of the atmosphere but so far, so good as we think it’ll only spur him on.

“He’s a good character, he's very grounded and has a good support base around him which are all good ingredients for a young player to thrive and that will stand him in good stead.”

On Players Getting Contracts
“They’ve put themselves into a very good position due to their development this season. We will definitely have some pro deals this year. How many, that's not a question I can answer just yet because we’ve still got some conversations to have and consider this month. But they'll definitely be young professionals graduating from our setup this season which is always pleasing to see, even from a supporters perspective.

“Obviously I know it was disappointing last year that we never got any pro’s out of it and everyone was disappointed, but unfortunately I couldn't put my name to any of the players that we're second year scholars last year despite their hard work and determination.

“But this year is different as there’s a few players that have and will make an impact on the first team. Again, we've had a number of debuts this year and I think it's promising all round. 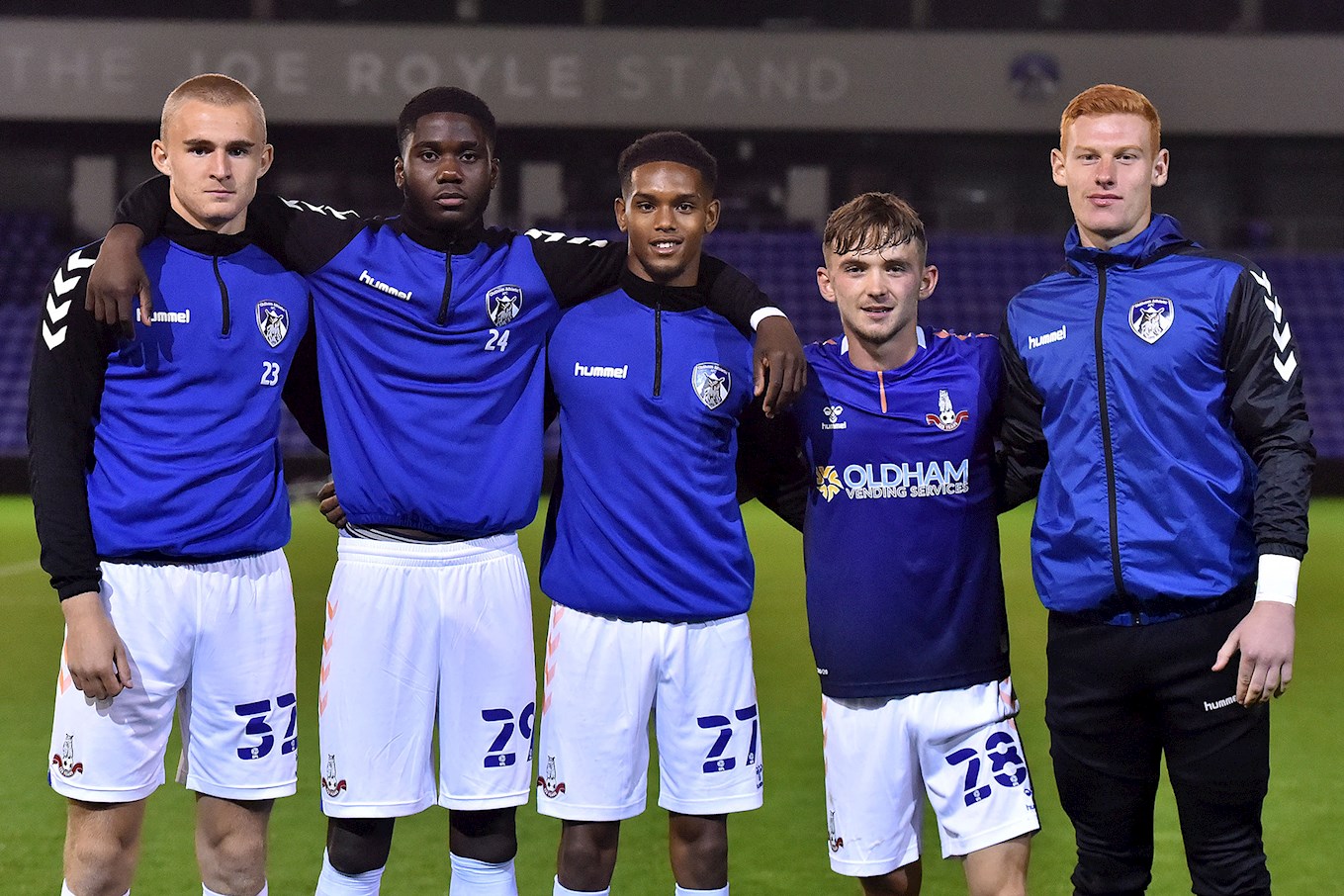 “It's looking better for sure than previously, but going forward even at first year level is that right now, like Harry, we've got some good ones that still have time to make more of an impact.

“So, you know, longevity wise we're looking really good and we just need to maintain our recruitment in the academy and keep bringing them through. It's tough for everyone, but in particular these lads, especially the second years as they're ultimately still fighting for contracts. Some of them came back after lockdown and really stepped it up over the last two to three months, and fair play to them, but you know some others have found it difficult, and rightly so, you can’t even go out for coffee and be around teammates after training. You’re stuck in your bubble, it’s hard for them to adapt for those who don’t live locally, we’ve just got to try and maintain that support we provide on and off the pitch.”

New Tameside College Programme
“The trials will be advertised soon, but the programme is something different than any other really, with our U18s on site with the college students at Avro, a place we call home through the week, so they'll actually be able to see them and be dipping into our training sessions sometimes.

“Those who impress will then train with us regularly, so it's a different programme to allow for another opportunity for players who have just missed out or not been spotted yet.

“I truly believe that there are people out there that do miss the first cut in their career but still have the ability to make it as a professional. 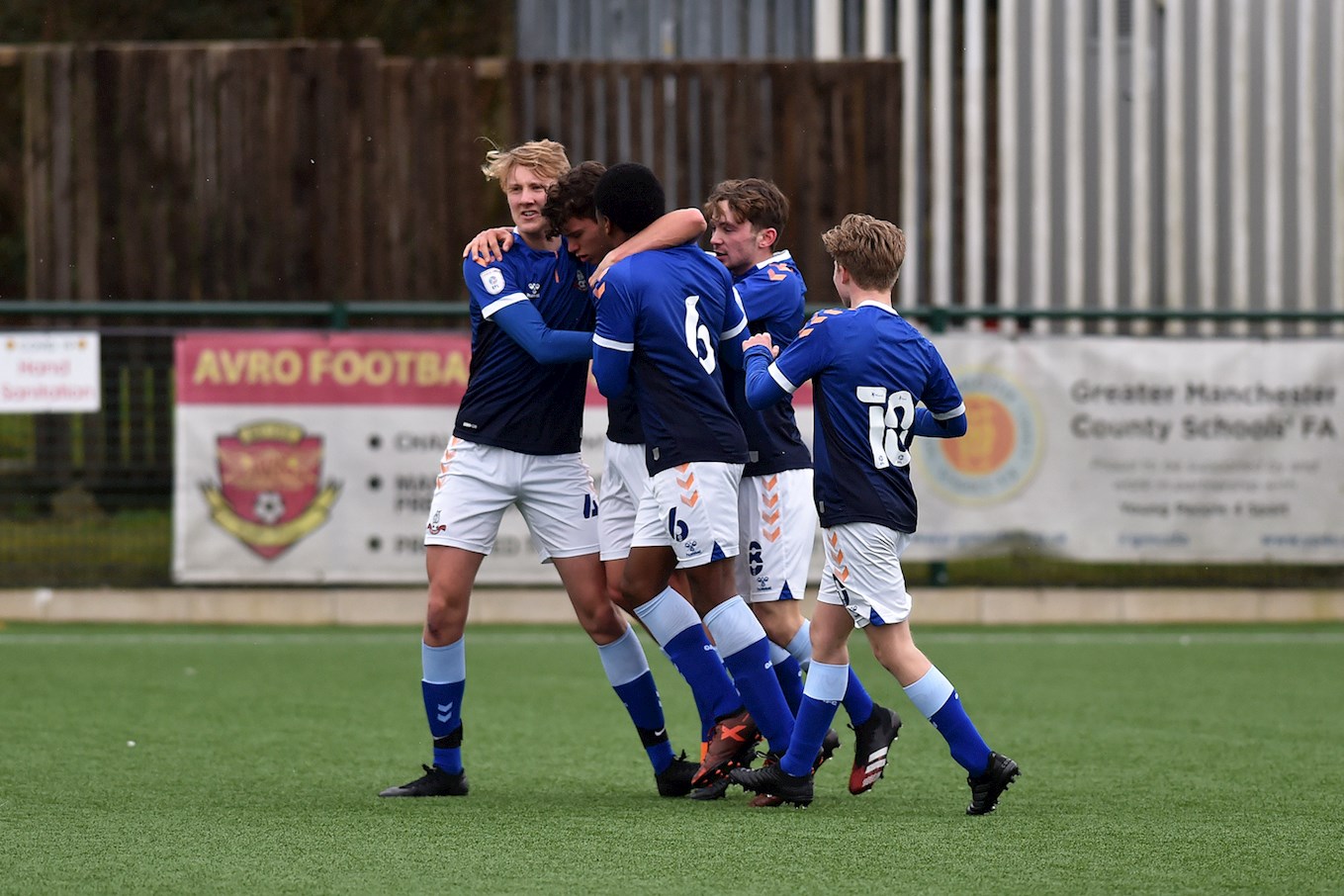 “It might take another couple of years in a development programme to really mature and find their feet and that's what we're looking at when we launched this programme. Not only is it an excellent education in terms of a qualification and the high level of teaching from Tameside College, but it's a chance to keep an eye on particular players that we've seen that we like in the building.

“From there we can develop them as young adults and hopefully help them gain a professional contract with the club, that’s the whole idea of it to widen our pool of players we have available to train whilst also offering a first-class education.

“It can happen and does happen, so I'm really looking forward to it and the programme will be as professional as the Academy. We just want to attract plenty of people to come in and come down to the trails.”

Success Of Younger Age Groups
“The other squads and their superb development which feeds through to the U18s eventually is down to all the academy coaches that have been here, Craig Large in particular has been here for a long time and been able to offer advice and develop Oldham style players right down to the U12s.

“Some of the coaches have been in the Academy for a long time, so fairplay to them because they keep churning out high-quality players and we've got some really good ones to break through, especially in the U16s. Some of them have already been sold for significant sums to the likes of Liverpool which down to our strong links and through Paul Ogden our Head of Recruitment, he’s done really well, so like I said we just have to keep that momentum and confidence in the setup.

“We want to keep selling ‘our dream’ and showcase that there is a genuine pathway for players on the big stage, just like it has been done with James Tarkowski, George Edmundson and Tom Hamer. 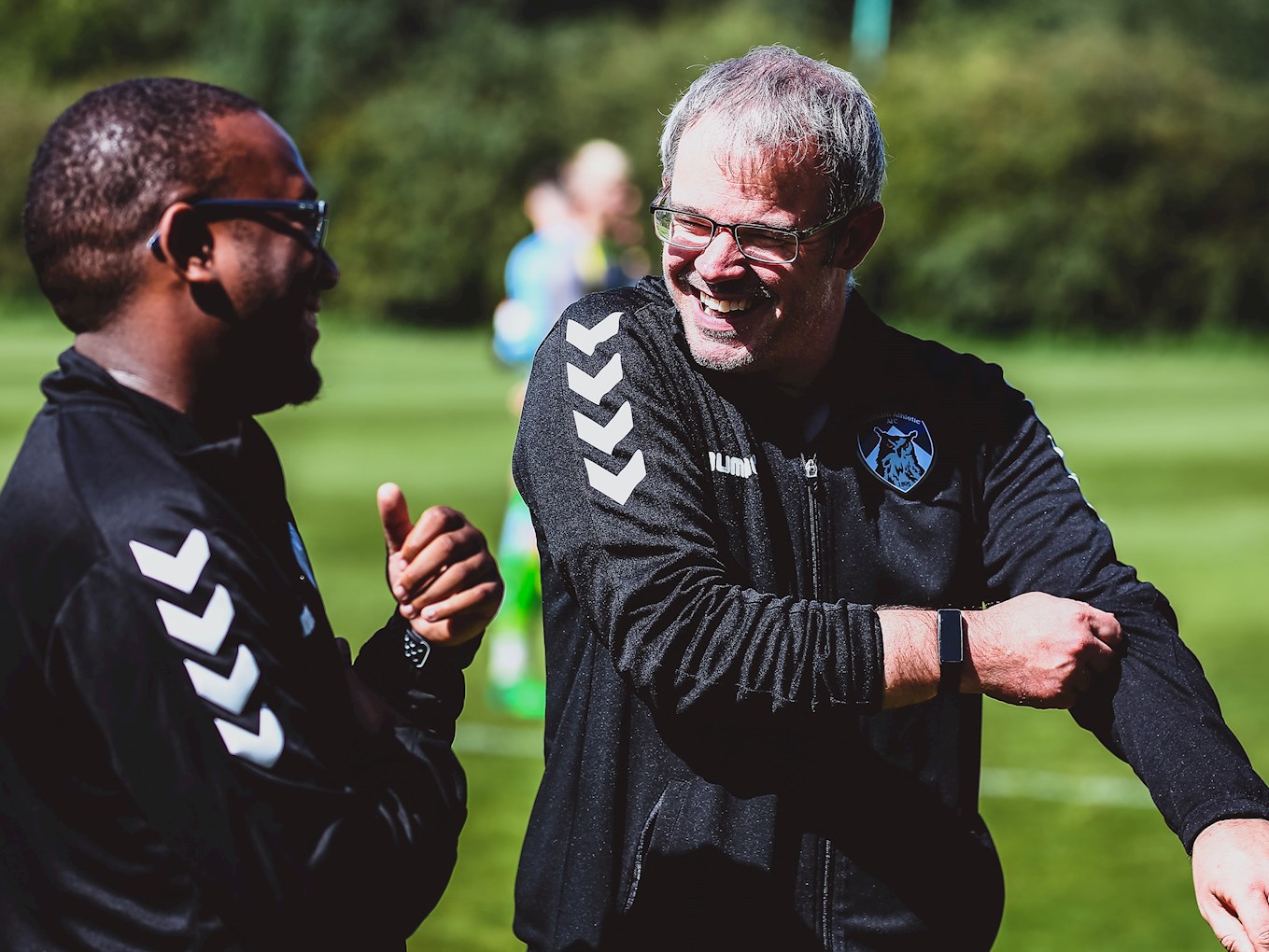 “We can’t forget the Development Centre who we have and utilising that for our recruitment as well has been a huge positive.

“Professionalising the setup more is one of our key aims alongside changing our coaching strategy slightly. The staff keep working hard behind the scenes and have all helped each other out.

“We’re a tight knit group and we have a vision that we want to achieve and I won’t let anything stop what I'm trying to do here in terms of making it the best we can be because at the end of the day that's what ultimately helps this club progress. A club I have a close connection with, as do all the coaches and players.”

Zak Emmerson
“It’s fair to say since Zak joined Brighton in the summer he’s done really well and we’re extremely proud of him. He's got 10 goals and 11 games I think and some of them have been against top academy sides.

“Supporters may be aware he’s starting to make a name for himself and he’s still firmly grounded.

“It’s obvious he’s a talent and last season we only saw a glimpse of that but it was his hard work that got him his opportunity, for example the extra sessions he did to practice his finishing.

“We hope he continues to do well because as a club it was a really good deal, we have bonuses involved in the contract including a sell on, so it’s shows we’re producing some great talent here at Latics. 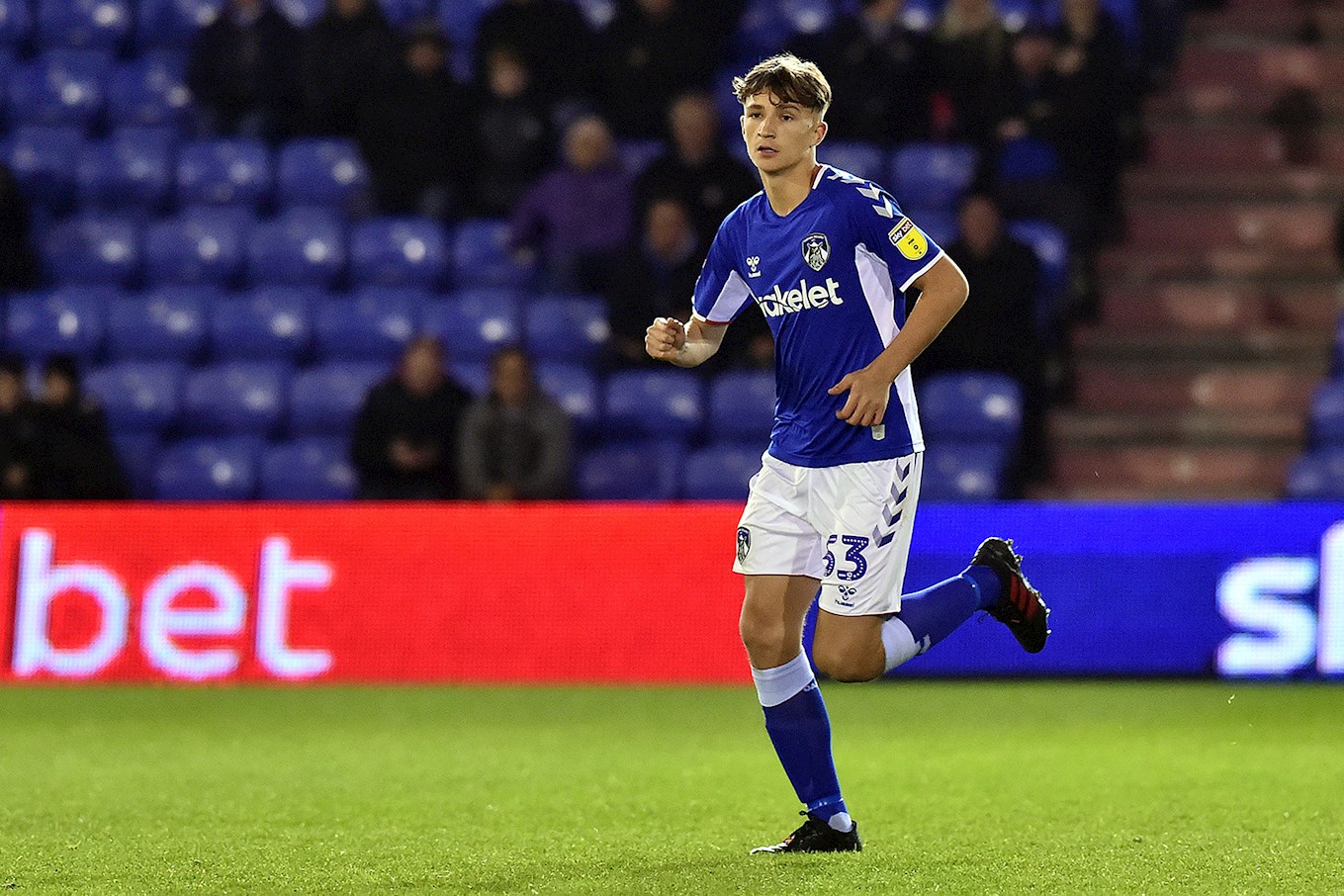 “Being in the academy for what was around three years, I have no doubt if he gets into the 23s down there that it won’t be too long until we see him making his first team debut for Brighton on the big stage.

“They saw the potential in him, as did Preston, as he impressed despite missing chances against them in a game. It’s all about attitude as you never know who is watching you as a young player.

“Ultimately it’s good for people coming into the club and for the lads that are already in the club realising what can happen in a short space of time.”